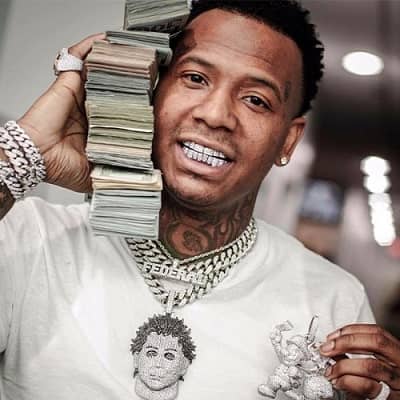 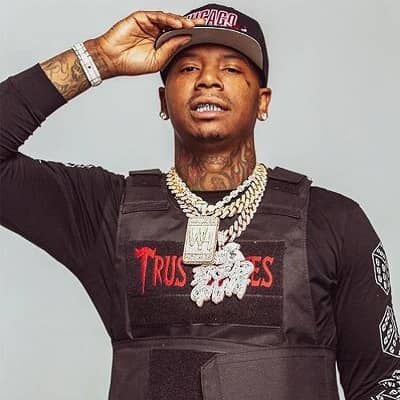 More Facts of Moneybagg Yo

Moneybagg Yo is an American Rapper and Songwriter. Moneybagg Yo rose to fame and gained International recognition with his Federal 3X and 2 Heartless which charted at no 5 and no 16 at the Billboard 200. Similarly, he is one of the few finest artists in the hip-hop industry.

Moneybagg Yo full name Demario DeWayne White Jr. was born on September 22, 1991. He was born in Memphis, Tenessee. Similarly, he is 29 years old as of now. The rapper belongs to American nationality and was born under the star sign Virgo.

When it comes to his parents, he was born to Demario DeWayne White sr. and Whitney White. Similarly, he has a brother named Jamal White. As a child Moneybagg was mischievous and cunning. Moneybagg grew up in Memphis, Tenessee where he started liking and learning hip-hop and later on made a career out of it.

The rapper has not given out any sort of details regarding his Education and academics either. The names of the institutions he studied in and attended are not known yet. However, we do know for sure that he attended a local high school and graduated from it.

Moneybagg Yo is now a successful and famous rapper in the hip-hop industry. He is considered as of the gems of The hip-hop culture and has garnered respect and fame from both fellow rappers and audiences. Moreover, he started his rapping and Hip-hop career back in the year 2012. Before that, he was already rapping in local Neighbourhoods.

Moneybagg Yo started his professional career with his early mixtape titled ‘From Da Block 2 Da Booth’. The mixtape was released on April 16, 2012. Similarly, another mixtape titled ’20th October was released in the same year. He initially received mixed reviews as he was not gaining many audiences. Moreover, he signed in a deal with Bread Gang Entertainment to release his music.

On February 3 2014 he released another mixtape titled ‘La Familia’ via the Bread Gand Entertainment. As his mixtapes started getting advertised he started gaining an audience. Moreover, he released two more mixtapes Relentless and Federal in the same year. 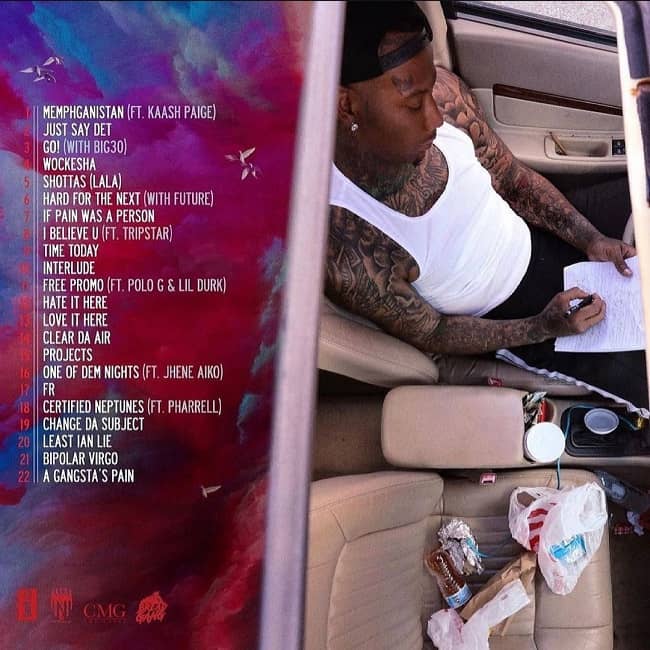 The young rapper then released the First Installment of the federal series ‘Federal Reloaded’ on 20 January 2016. The album featured other American rappers such as OG Boo Dirty and Young Dolph. On June 26, 2016, he released another single All Fans No Brakes which featured another talented artist Yo Gotti. Likewise, he released his Heartless mixtapes on February 14, 2017, and its sequel 2 Heartless in February of 2018. It went on to chart at no 16. at the Billboard 200.

Furthermore, the rapper is active in the music industry and continues to produce good hip-hop music. His most recent work ‘Said Sum’  is his highest-charting single of all time. The album was released recently on June 30, 2020.

While Moneybagg Yo has not yet received any sort of awards, we can expect awards in the future as he is constantly giving out good music. Moreover, the Rapper has earned a decent sum of wealth through his Rapping career. He enjoys a lavish and luxurious life. Likewise, the rapper has a net worth of $4 Million USD. 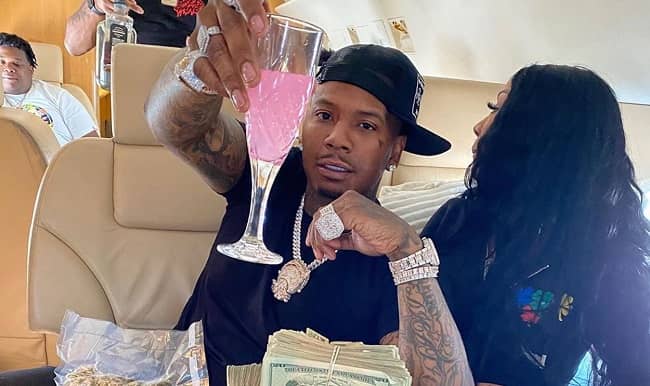 The American rapper is currently in a relationship with Ariana Fletcher. Ariana happens to be a model and Social media personality. Moreover, the pair began their relationship in the January of 2020 and are in a happy relationship. Likewise, Moneybagg Yo is a father to seven children from several mothers. He has four sons named, Trevante, Memphis, Tricario, and Drey White and has four daughters named Hazel, Tracey, and Donny White.

While Moneybagg Yo himself has not involved in any sort of scandals or controversies. He has lived a troublesome life but has stayed miles away from any major controversies.

Moneybagg Yo is a handsome rapper. He stands tall at 5 feet 11 inches and weighs 82 kg. Moreover, he has a well-built physique and has black hair with dark brown eyes.