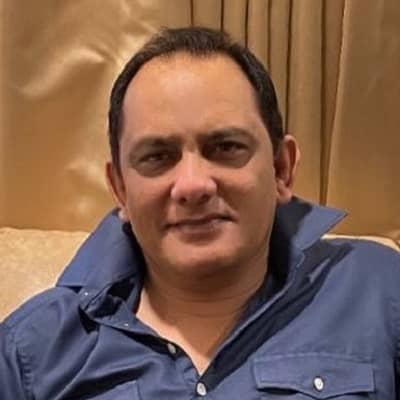 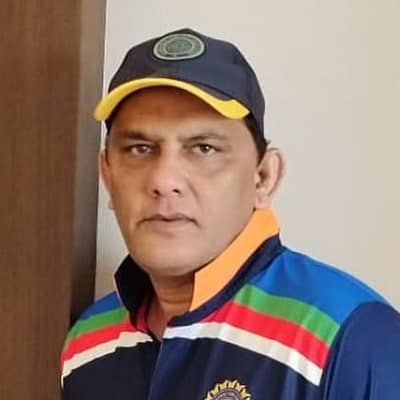 Mohammad Azharuddin was born in Hyderabad, Telangana, India on February 8, 1963. The politician’s zodiac sign is Aquarius and he is currently 59 years old as of 2022. His mother’s name is Yousuf Sultana and his father’s name is Mohammad Azizuddin. Moreover, he is also known by nicknames like “Azhar”, “Ajji”, and “Azzu”. The politician holds Indian nationality, follows the Islam religion, and belongs to a South Indian ethnic background. Besides that, there is no more information regarding the Indian politician’s siblings and early childhood life. Looking at the Indian politician’s success and popularity, we can assume that he was well raised by his parents in his hometown as a child.

Mohammad Azharuddin attended and completed his schooling at the All Saints High School in Hyderabad. After that, he graduated from Nizam College and received a Bachelor of Commerce degree from Osmania University in Hyderabad.

Mohammad Azharuddin made his debut for the Indian Cricket Team in Test cricket against England in 1984 at Eden Gardens in Kolkata. Moreover, the former cricketer scored 110 runs from 322 deliveries with Ravis Shastri in the first innings in his debut match. After that, he scored two more centuries in his next two Test matches for Indian Cricket Team. In 1990, he scored 121 runs against England at Lords while batting at number five but lost the match.

He scored 179 runs in the second test in Manchester after England scored 519 runs in the first innings. Moreover, the former cricketer scored total of 426 runs against England when the series ended. Until 2018, his tally was the highest by an Asian captain in a Test series in England but Virat Kohli broke this tally. 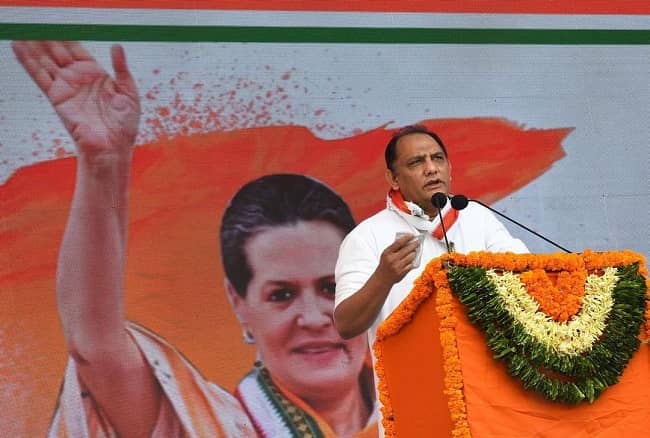 During South Africa’s India tour in 1996–97, he equaled Kapil Dev’s record for the fastest Test century by an India player and fourth overall in terms of ball faced. Despite another offensive inning by Mohammad, India handed one of its biggest defeats. He became the man of the match and the series where he scored 388 runs for the series. Furthermore, he scored 6,215 runs in 99 test matches for India including 22 centuries and 21 half-centuries.

He played 334 ODIs matches and scored 9,378 runs and also took 156 catches as a fielder. In 1989, he became the captain of the Indian team after Krishnamachari Srikkanth. Moreover, he led the Indian team in 47 Test matches and 174 ODI matches as a captain. However, he ended his career with 102 runs against South Africa in Banglore in 2000.

In 2000, BCCI convicted him of match-fixing and banned him for life after India’s 2000 tour of South Africa. Moreover, the CBI reported that he introduced then South African Captain Hansie Cronje to the bookies. Additionally, the ICC and BCCI banned him for life from the report by K Madhavan of the CBI. Justice Ashutosh Mohunta and Krishna Mohan Reddy of the Andhra Pradesh High Court lifted the ban based on the evidence and verdict that the ban was illegal. Although, he never came back on the field but served as the chairman of the Hyderabad cricket board since 2019. On February 19, 2009, he joined the Indian National Congress Party and won the 2009 Indian general election from Moradabad in Uttar Pradesh to become a Member of the Parliament of India. Moreover, he holds the position of Working President of the Telangana Pradesh Congress Committee.

Mohammad Azharuddin received India’s fourth-highest civilian award Padma Shri Award in 1988 and the Arjuna Award in 1986. After that, he became one of five Wisden’s Cricketers of the Year in 1991.

Mohammad Azharuddin has garnered a significant amount of money as a cricketer and politician. According to online sources, the estimated net worth of the former cricketer is around 5.50 Crore Indian Rupees. 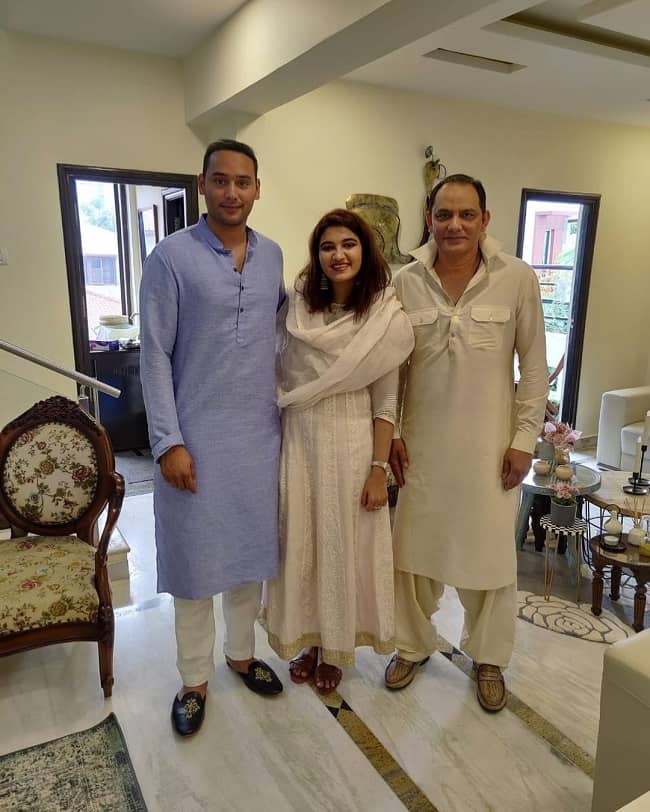 In 1987, Mohammad Azharuddin married Naureen and they had two sons together. However, the couple divorced in 11996 and he married an actress named Sangeeta Bijlani. Unfortunately, his marriage ended in divorce in 2010 due to his affair with a badminton player named Jwala Gutta. Moreover, he claimed he is still married to his second wife and dismissed the rumors of his 3rd marriage. The former cricketer had two sons named Asaduddin and Ayazuddin but his younger son Ayazuddin died in a road accident in 2011.

After India’s 2000 tour of South Africa, the BCCI found him guilty of match-fixing and banned him for life. According to the CBI, he introduced then-South African Captain Hansie Cronje to the bookies. In addition, the ICC and BCCI barred him from participating in cricket for the rest of his life as a result of the CBI’s K Madhavan report. However, the ban was lifted by Justice Ashutosh Mohunta and Krishna Mohan Reddy of the Andhra Pradesh High Court based on evidence and a ruling that the ban was illegal. He also stated that he is still married to his second wife and denied reports of a third marriage.

Mohammad Azharuddin has brown eyes and black hair with a height of 5 feet 10 inches and a weight of 74 Kg. Moreover, the former cricketer’s chest size is 40 inches, waist size is 32 inches, and biceps size of 13 inches. 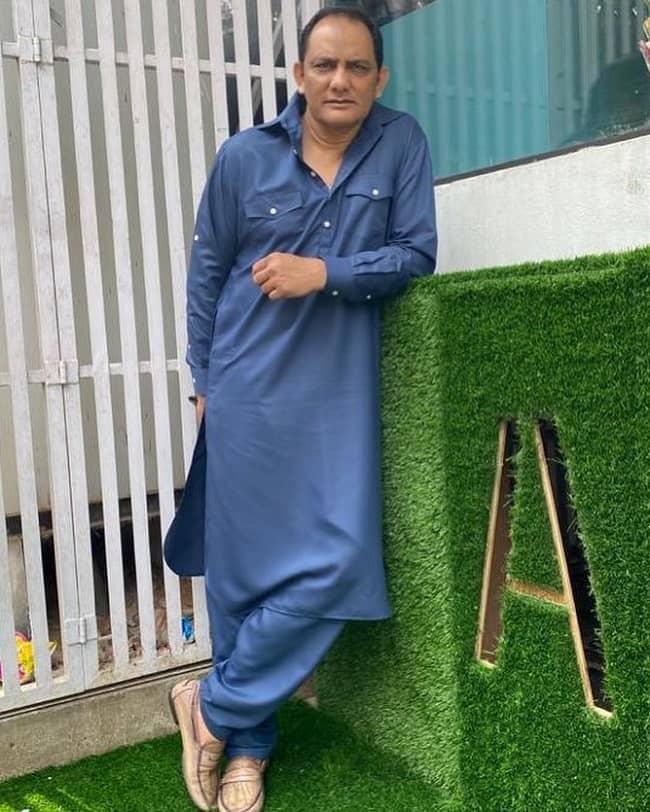