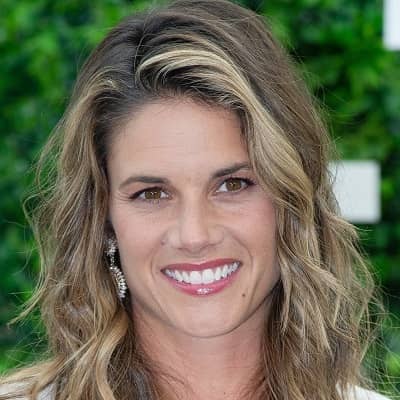 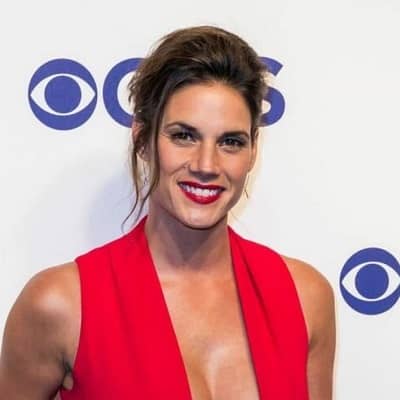 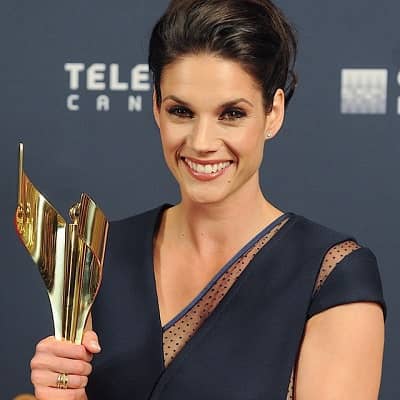 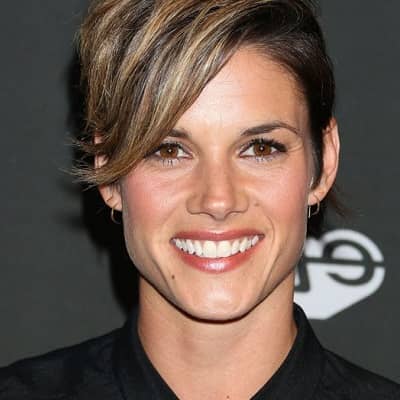 Missy Peregrym was born on 16 June 1982 and she is currently 39 years old. She hails from Montreal, Quebec, Canada, and her zodiac sign is Gemini. Likewise, her birth name is Melissa Peregrym. Talking about her family, her parents are father Rev. Darrell Peregrym, and mother Vanessa Peregrym. Her mother is a housewife whereas her father is a Pentecostal minister. 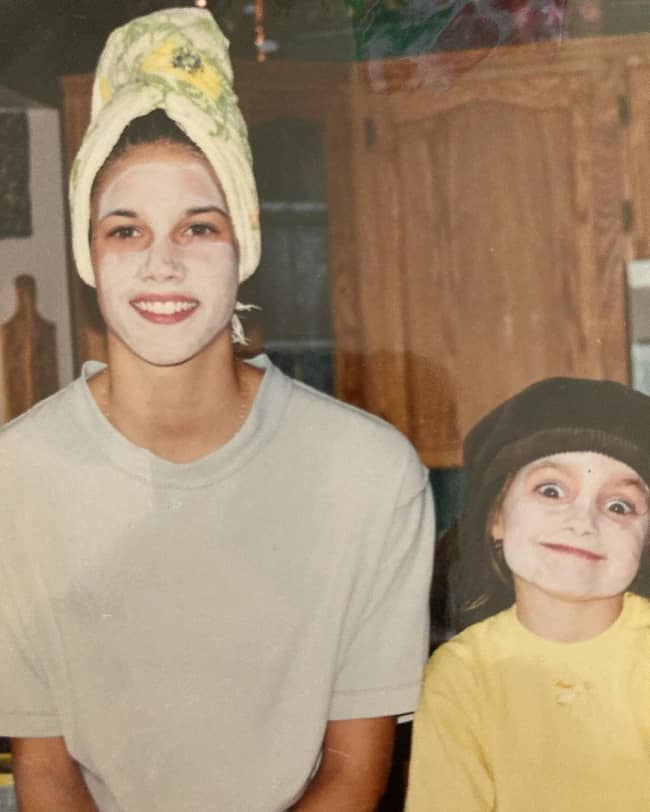 Caption: Missy Peregrym in an old photograph with her cousin Amy. Source: Instagram

Professionally, Missy Peregrym is a famous actress and was a fashion model in the past. People recognize her most for her roles as Haley Graham in Stick It and Officer Andy McNally on Rookie Blue. For the latter, this actress received the nominations for a Canadian Screen Award in the year 2016. Likewise, the actress has appeared in the CBS series FBI since the year 2018.

Besides her career as an actress, she is also well-known for her charity work. In the year 2006, the actress collaborated with the shoe company – TOMS. This company also donates safe footwear for communities in South America. The actress has also shared her experiences in Argentina and the situation of the communities she visited.

Talking more about the beginning of her career, the actress initially started off as a professional model at the young age of 18 years. Her first agency was the Lizbell Agency. Her agency encouraged her to move over to commercials during her early modeling career. As a result, she modeled for commercials for Mercedes-Benz, Sprint Canada, and the Olympic Games shifting from print to screen.

Then in the year 2000, she had her debut as an actress. This was with an appearance in an episode of Dark Angel. Subsequently, the actress then had guest appearances on Heroes, The Chris Isaak Show, Fall of Heidi Fleiss, Black Sash, Life as We Know It, Jake 2.0, Smallville, Tru Calling, Andromeda, and Call Me: The Rise. Moreover, she also made a cameo appearance in Catwoman which is uncredited. 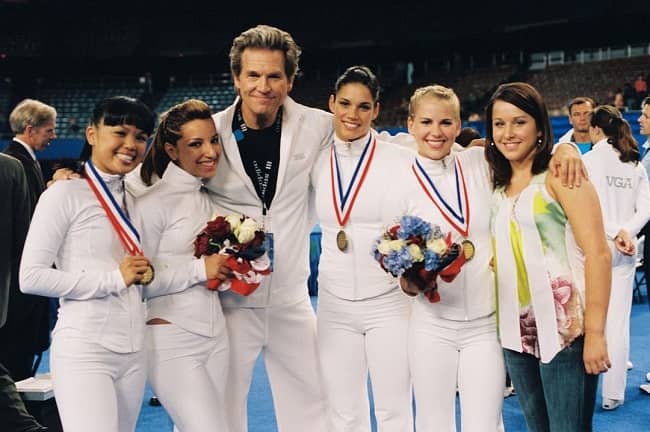 Caption: Missy Peregrym in a scene from Stick It. Source: Instagram

Moving on, the actress had her big breakthrough in the year 2010. It was with the lead role in Rookie Blue. It is a Canadian TV series in which this actress played the role of police officer Andy McNally. After airing for six seasons, this series was canceled in the year 2015. 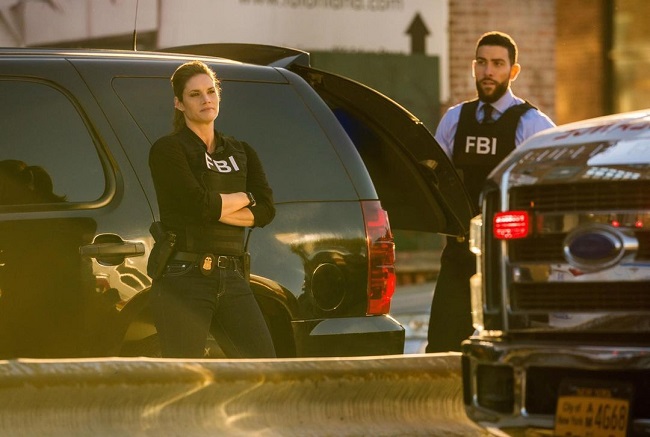 Caption: Missy Peregrym in a scene from the series FBI. Source: Instagram

Missy Peregrym is a happily married woman. Her husband’s name is Tom Oakley. Tom is also an actor hailing from Australia. The lovers tied the knot on 30 December 2018 in Los Angeles. Together, the couple has a son named Otis Paradis Oakley. The lovers welcomed their child on 21 March 2020.

This marriage with Tom is actually her 2nd marriage. Prior to this relationship, the Canadian actress was married to the American actor, Zachary Levi. With Zachary, she tied the knot in June 2014. However, their marriage ended in a divorce after the actress filed for divorce in April 2015. Even before filing for divorce, the ex-couple had separated since 3 December 2014. 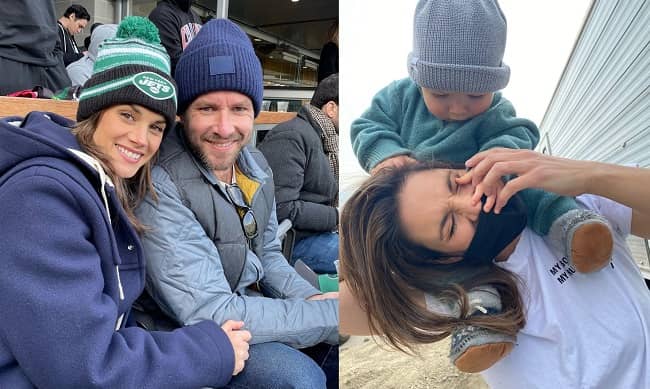 Caption: Missy Peregrym posing for a photo with her husband and son. Source: Instagram

Missy Peregrym stands tall at an approximate height of 5 feet 6 inches or 166 cms. Likewise, the actress’s body weight is around 60 kg or 132 lbs. Further, the actress has a chest-waist-hip measurement of 35-25-35 inches respectively. The Canadian actress has brown hair and eyes of the same color.

Talking about her social media presence, Missy Peregrym joined Twitter in March 2009 and so far has over 106.7k followers on her @mperegrym account. Likewise, she has over 311k followers on her @mperegrym Instagram profile. Besides these, the actress doesn’t seem to have personal or professional profiles on other platforms like Tiktok, Youtube, Facebook, etc. Moving on, the Canadian actress has a net worth of approximately $3 million US dollars.