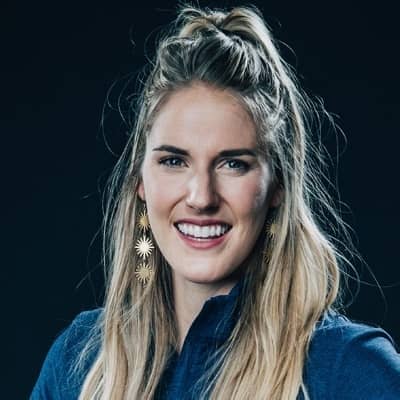 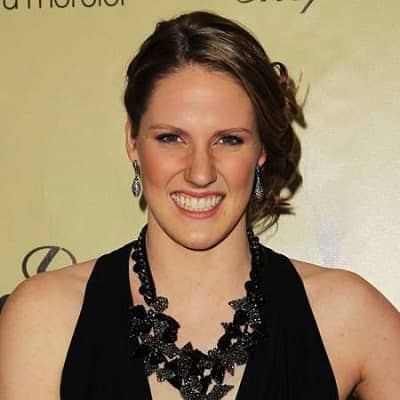 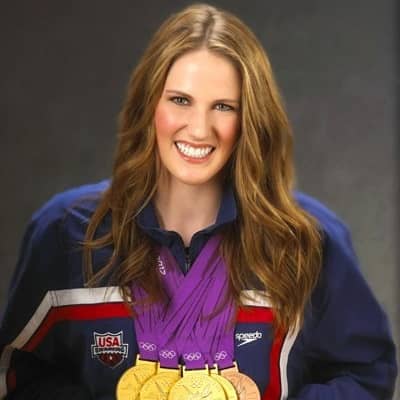 Melissa Jeanette Franklin, or Missy Franklin, in short, was a former swimmer who represented the USA in international competitions. Now Missy Franklin is the brand ambassador of the USA Swimming Foundation.

Missy Franklin was born in Pasadena, California on May 10, 1995, but her family migrated to Centennial, Colorado. There she started taking swimming lessons when she was five years old to get comfortable around water. Her zodiac sign is Taurus. She is 27 years old and holds both American and Canadian citizenship.

She joined the Colorado Stars travel swim team when she was seven years of age and soon discovered her passion for swimming. At the age of thirteen, she competed at the 2008 US Olympic Team Trials but could not qualify for the Olympics. 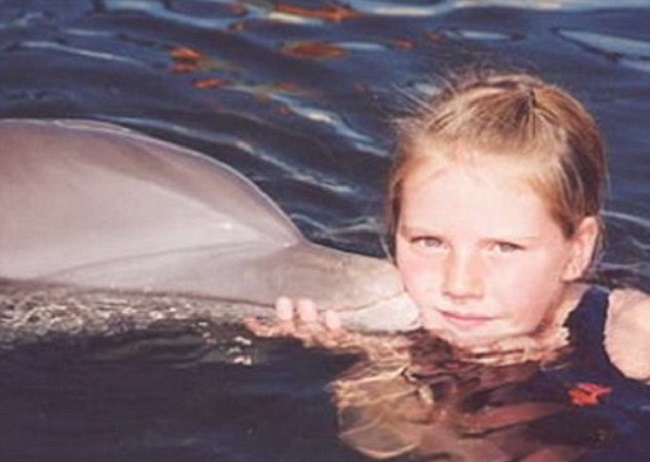 Missy Franklin playing with Dolphin when she was young source: Daily Mail

For her education, she enrolled in Regis Jesuit High School in Aurora, Colorado. In 2012, she joined the University of California in Berkley under an athletic scholarship. She then started training with the California Golden Bears in the academic year 2013/14.

After Missy Franklin found out about her passion for swimming she started to compete in national and international events at a very early age. She won her career’s first international medal in the 200-meter backstroke event at the 2010 FINA Short Course World Championships in Dubai. While in college, Missy became a four-times individual ‘NCAA’ champion.

Missy was also able to grab three individual ‘NCAA’ titles at the 2015 NCAA Swimming and Diving Championship. In 2011, she won five medals, three gold medals, one silver medal, and one bronze medal, at the World Aquatics Championships in Shanghai. There she broke her own national record by attaining a time of 2:05:10 in the final of the 200-meter backstroke event.

Three days after her event in Shanghai, Franklin competed at the 2011 National Championships in California where she stood 4th in the 200-meter individual medley and 12th in the 50-meter freestyle event. 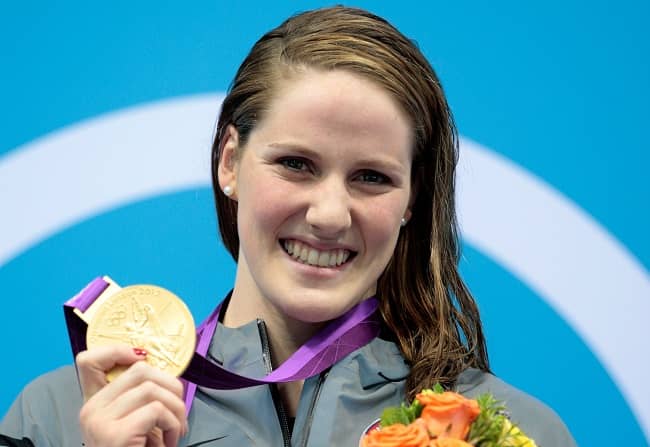 She participated in the 2012 London Olympics when she was 17 years old. Furthermore, Franklin bagged a bronze medal on the first day of her competition, in the 4×100 meter freestyle relay. She won the gold in the 100-meter backstroke, her first individual event at the competition.

She also bagged the gold in the 4×200 meter freestyle relay. She received her second individual gold in the 200-meter backstroke event. She won her final gold medal in the 4×100 meter medley relay as part of the American national team.

Franklin competed at the 2013 Aquatics World Championships in Barcelona after securing first place in the 100-meter and 200-meter freestyle and backstroke events at the US National Championships.

Moreover, Missy also became the first female swimmer to win six gold medals in a single event of the World Championships. In 2014, she competed in the Pan Pacific Swimming Championships and won four medals: one gold, two silvers, and a bronze.

Missy’s net worth is approximated to be $3 million as of 2022. She earned a good amount of money from her swimming career. Now Missy is living a lavishing lifestyle and is a brand ambassador of the USA swimming foundation.

Missy Franklin is the only child of Dick and D.A. Franklin. Her father Dick Franklin was a football player but he had to resign because of an injury. So, he completed his MBA from Dalhousie University, where he met his love, D A Franklin. They settled in Ontario, Canada but moved to Denver Colorado after her father got transferred to the US.

Missy Franklin was in a relationship with a fellow swimmer John Martens. Later, they broke up. In 2013, she was reportedly dating Daniel Butler. Now she is happily married to Hayes Johnson. 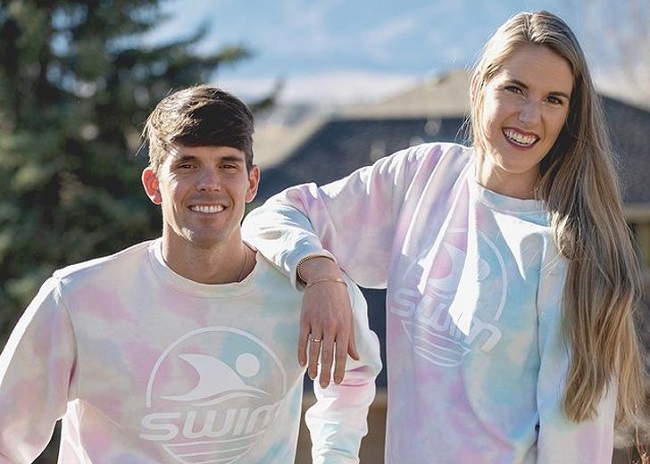 Missy Franklin with her husband posing for a photo source: HollywoodMask

Missy Franklin’s height is 6 feet and 2 inches and she weighs around 75 kgs. Her figure measurement is approximately 32-26-30. She has beautiful pair of green eyes and blonde hair.