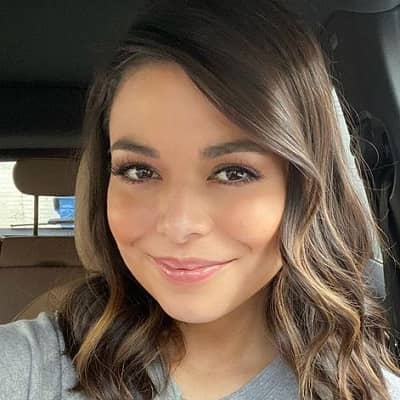 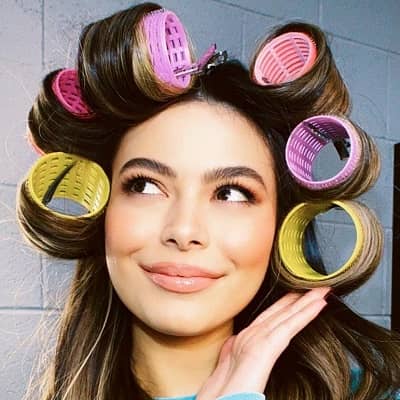 Miranda Cosgrove is an actress, songwriter, and singer from Los Angeles, California, the United States. Miranda Cosgrove is popular for her role as a lead character Carly Shay on iCarly. It is a Nickelodeon teen sitcom besides that she also played the character of Summer Hathaway on School of Rock.

Miranda Cosgrove was born on May 14, 1993, in Los Angeles, California, America. Miranda’s zodiac sign is Taurus and she is currently 28 years old. Her father’s name is Tom Cosgrove and her mother’s name is Cosgrove. Her father is an owner of the dry-cleaning business and her mother is a homemaker. Moreover, Miranda is the only child of her parents.

Miranda belongs to English, French, and Irish ethnicity. Additionally, Miranda holds American nationality. An agent discovered Miranda at the early age of three while she was singing and dancing at a restaurant in Los Angeles. Later, Miranda revealed that she never thought of being an actress. Miranda felt lucky to have been sighted by the talent agent. 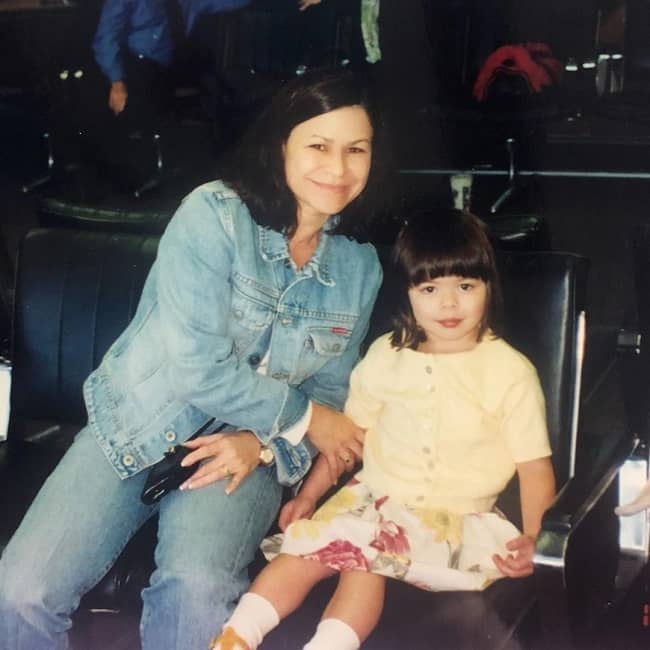 Miranda Cosgrove started her career as a model. She also appeared in a number of television commercials and advertisements for McDonald’s and Mello Yellow. Miranda auditioned for a theater and television role at the age of 7. She debuted on television in the pilot episode of Smallville. Miranda debuted in the film industry through School of Rock in 2003. In this movie, Miranda starred with Jack Black.

The critics and the public praised and appreciated Miranda’s performance for the movie. She made her first role appearance in a television series named Drake & Josh. In the show, Miranda played the role of Megan Parker. Miranda appeared on her second major role in a movie titled ‘Yours, Mine, and Ours’ which didn’t do good at the box office. Her most notable work on television is iCarly which released on September 8, 2007. 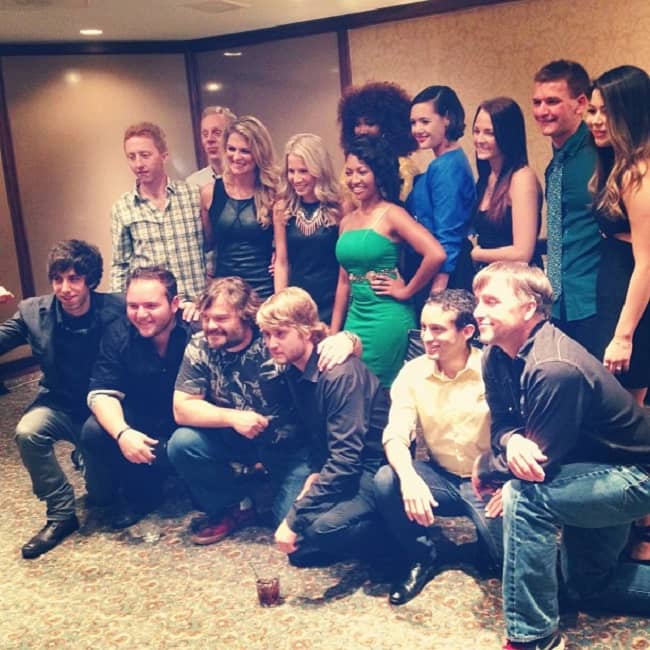 Caption: Miranda Cosgrove with the cast of School of Rock movie reunion after 10 years (Source: Instagram)

Through the show, Miranda became popular and loved by many people. Miranda performed various musical numbers in the show which established her as a singer. Miranda also voiced Margo in the animated movie Despicable Me 1 to 3. She also appeared in various movies and television series like Crowded, The Intruders, A Mouse Tale, The Good Wife, The Wild Stallion, The Blue Elephant, and many more. Miranda recorded the ‘iCarly’ theme track Leave it all to me back in 2007.

Miranda released successful studio albums, soundtracks, and two extended plays with six singles after that. Besides acting and singing, Miranda is active in various philanthropic projects. Miranda has been active as a supporter of Saint Jude Children’s Research Hospital in Memphis. Additionally, Miranda also served as a national spokesperson for Light the Night Walk.

The estimated net worth of Miranda is around $10 million US dollars. In 2010, Miranda became the second-highest-paid child actress after she took $180,000 per episode for ‘iCarly’.

Miranda is not dating anyone currently and her future plans regarding the relationship are uncertain. Previously, Miranda dated James Maslow from 2007 to 2009. After that, Miranda started dating Nat Wolff in 2009. However, Miranda and Nat broke up in 2011.

There were rumors about Miranda dating Harry Styles, Nathan Kress, Drew Roy, and David Archuleta at a certain point in her career. Miranda’s leaked Instagram picture also sparked controversy for some time. Miranda’s claims on the 2011 bus crash cost her a huge amount of money and criticism.

Miranda Cosgrove stands at 5 feet 6 inches tall and weighs around 55 Kg. Miranda has dark brown hair and brown eyes. Moreover, Miranda has a bra size of 33B and her body measurements are 34-26-35. 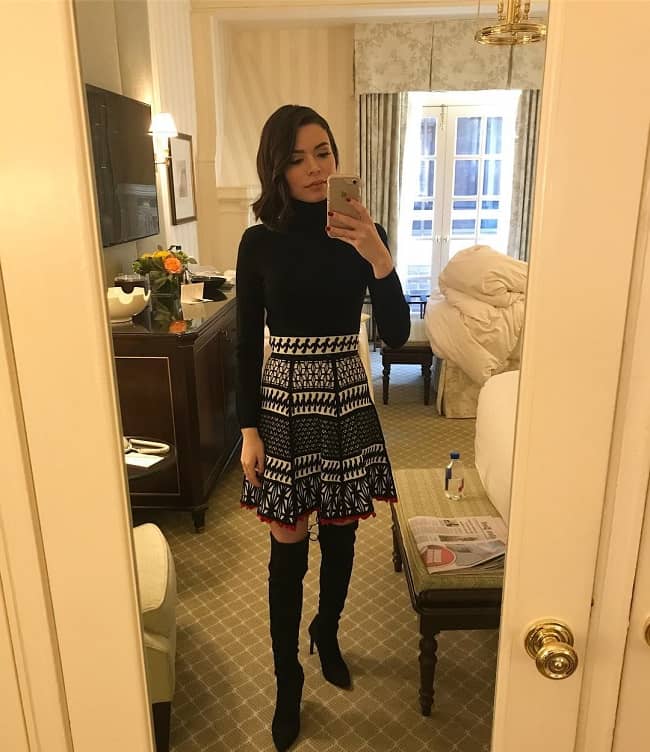 Miranda has over 7 million followers on her Twitter account. Besides that, Miranda is also active on TikTok with over 146.6K followers and over 321.4K likes. Moreover, Miranda also has a YouTube channel with over 621K subscribers.