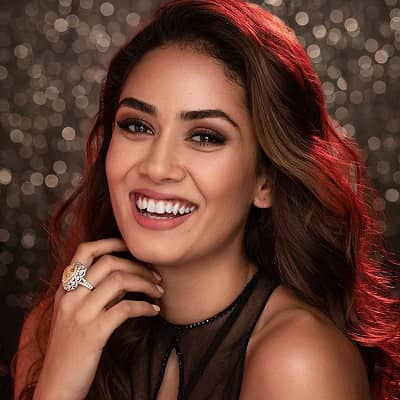 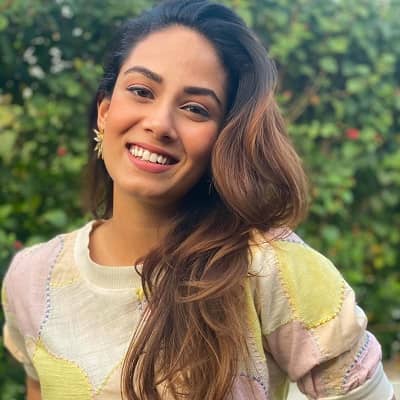 Mira Rajput is the wife of the Bollywood star, Shahid Kapoor. Mira Rajput gained more fame after she married a famous Bollywood actor. The celebrity wife is often present on various chat shows and television commercials. As of now, she also does modeling for some of the brands and companies.

The celebrity wife, Mira Rajput was born on 7th September 1994, in Chhatarpur, Delhi, India. She is an Indian by nationality and belongs to the Asian ethnicity. Similarly, her zodiac sign is Virgo and her age is 27 years. The name of her dad is Vikramaditya Rajput, who is a businessman, and her mom is Bela Rajput. Likewise, she has two sisters and they are Priya Rajput Tulshan and Noorjehan Rajput Wadhwani.

She grew up in a well-cultured family that follows Hinduism. She is a Delhi girl but also has roots in Punjab. As for her schooling, she went to the Vasant Valley School, New Delhi. Then, she attended Lady Shri Ram College for Women, New Delhi for her college. She was a bright student and she used to rank #10 in Delhi University’s CATE exam in English. 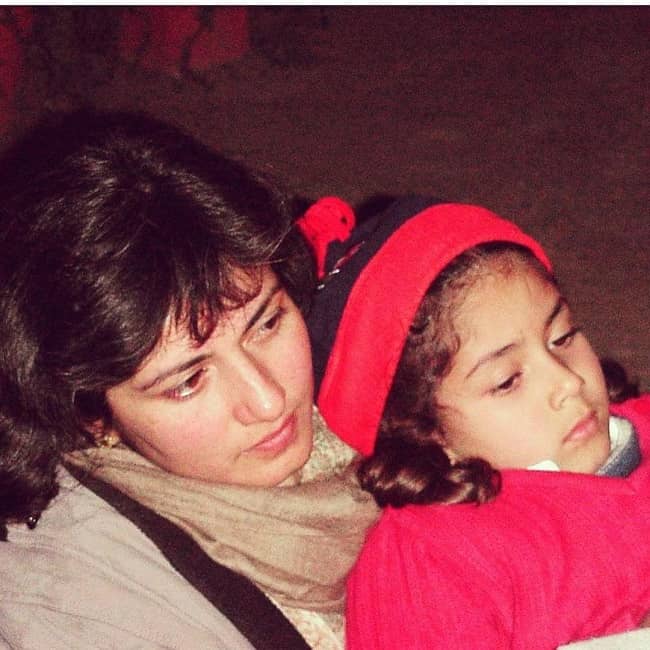 Caption: Mira Rajput with her mother when she was a kid (Source: Instagram)

In the beginning, Mira Rajput worked at Mykonos in Greece as an intern in the United Nations (UN). She is sometimes present in a few public places on various occasions and events. Moreover, she often accompanies her husband, Shahid Kapoor at many movie promotions, weddings, chat shows, and television commercials as well. Apart from her career, her hobby is listening to music. Her favorite cuisine is Thai and her favorite actor is Salman Khan. Similarly, she loves listening to the songs of Avril Lavigne, Beyonce, and Demi Lovato. Her favorite television shows are MasterChef Australis and The Marvelous Mrs. Maisel. Also, her favorite restaurants are Ego Thai in New Delhi and Dakshinayan in Mumbai. She loves traveling.

Now coming to her husband’s career, Shahid Kapoor is one of the most popular Indian actors. He is popular for his work in the film Vivah of the year 2006. In the film, he played the lead role of Prem, opposite actress Amrita Rao. Shahid is also recognized as the Chocolate Boy of Bollywood. Shahid made his first debut presence in the Complain advertisement as a child artist, opposite actress Ayesha Takia. When he was just fifteen years old, he began learning dance from Shaimak Davar’s dance institute and was present in various Bollywood movies such as Dil To Pagal Hau (1997) and Tall (1999) as a background dancer.

Further about her husband’s career

After that, he got a promotion to an Instructor in his institute. He was doing a lot of TV commercial advertisements like Pepsi, Close-Up, Kit Kat, etc. at that time. In the year Shahid served his father as an assistant director in the television serial Mohandas B.A.L.L.B. He was also present in numerous music videos like Aankhon Mein (1999), Mera Dil Bole Piya Piya (1999), etc. Eventually, he began his acting career in the year 2003 by acting in the lead role of Rajiv Mathur in the Bollywood movie “Ishq Vishk”. In the same movie, his biological mother did the role of his on-screen mother.

The film got very successful and he also achieved the Filmfare Award for the Best Male Debut. Like this, he has worked in many movies and has also won and was nominated for various awards as well. In 2015, he was also the judge of the famous dance reality show “Jhalak Dikhla Jaa Reloaded”. In addition, Shahid is the 1st Indian actor to fly an American F-16 Aircraft. His recent and also hit movie was “Kabir Singh”. Therefore, he has already become successful in his acting career. Shahid once became completely bald for the film Haider (2014). At the shooting of the movie “Milenge Milenge” in 2010, he turned non-smoker but later, he stopped smoking for his wife. 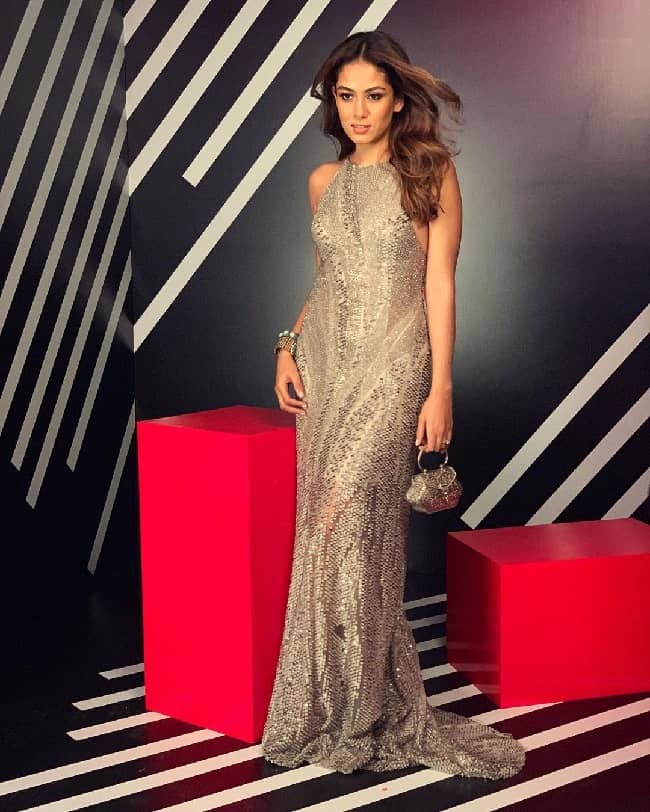 She has a net worth of almost Rs. 90 lakh. Also, by combining her and her husband’s net worth, together they have an excellent net worth of approximately Rs. 200 to 250 crore. The couple recently purchased an Rs. 56 crore Worli apartment. They also own a Mercedes Benz GL Class, Porche Cayenne GTS, Jaguar XKR – S, Black Ranger Rover Vogue, and bikes like Yamaha MT01 and Harley Davidson Fat Boy. Shahid said in many interviews that he has a passion for cars. Moreover, they have also built a house in Delhi, which is his childhood home.

Currently, Mira Rajput is married to Shahid Kapoor. In January 2015, the couple did their engagement. They tied a knot on 7th July 2015. Another wedding reception function was also done at the “Palladium hotel” Mumbai on July 12, 2015, for Shahid’s Bollywood friends. She met the Bollywood actor when she was just sixteen years old, at the house of their mutual family friend for a Sufi concert for the first time. She and her family met Shahid Kapoor and his father, Pankaj Kapoor at a Radha Saomi religious event in Beas. It was the moment when both liked each other and their marriage was fixed.

She is fourteen years younger than her husband. Also, she loves calling her husband the name ‘Shadoo’. Shahid gave her a diamond ring worth $32 K USD. After her marriage with the Bollywood star, she removed some of her social media friends to keep it private. The couple is vegetarian and the first film they together went to see after their wedding was ‘Bajrangi Bhaijaan’. After her marriage, she changed her name to Mira Kapoor. The couple has two kids, a daughter, and a son. They are Misha Kapoor (born in 2016) and Zain Kapoor (born in 2018).

Coming to their past relationships, they had some relationships before their marriage. Previously, the actress was dating a man named Aditya Lal for a short time. He was a model. Their relationship came to the end after 2 years. Shahid Kapoor has also had some relationships with a couple of actresses before. They were Hrishitaa Bhatt, Kareena Kapoor, Amrita Rao, Vidya Balan, and Priyanka Chopra. Apart from this both of them are not involved in any of the controversies and scandals. 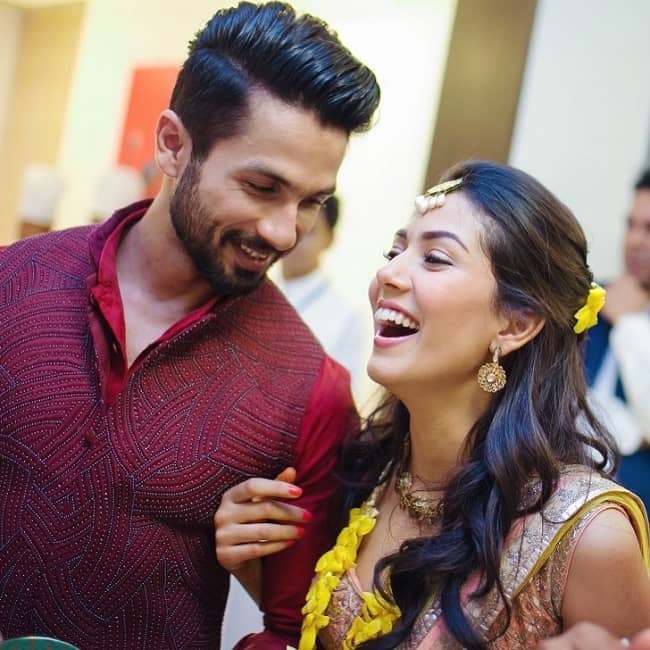 Regarding the celebrity wife’s physical appearance, Mira Rajput is 5 feet 5 inches tall or 1.65 m or else, 165 cm. Also, she has a weight of 55 kg or 121 lbs. She has a fair complexion with brown hair and brown eyes. She is very beautiful and has been well maintaining her body figure. Moreover, her body measurements are 34-28-34 inches. Being a model as well, she has been focusing on her physical appearance as well and is extremely beautiful.

Like other various celebrities, she is also quite active on the social media platform. She has an Instagram account with 2.4 million followers. Her Instagram account is verified as well. Apart from this, she neither uses Facebook nor Twitter. However, her fans have made some of her fan pages for her. Although she is not very active in the entertainment industry and on social media, she has millions of fans.