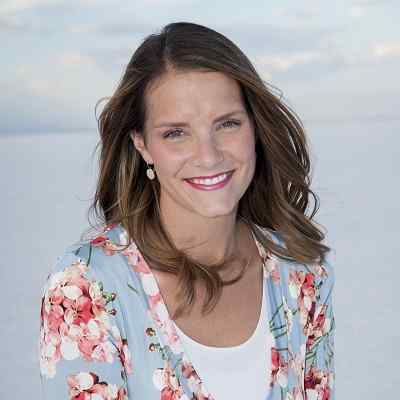 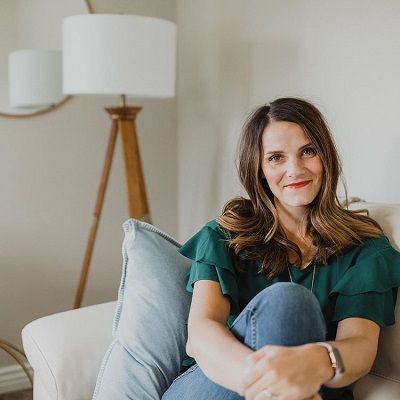 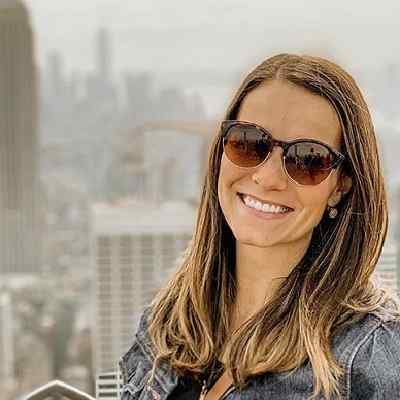 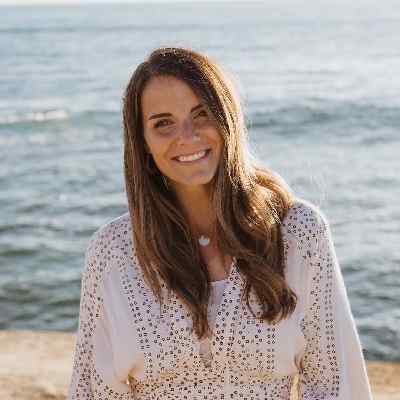 Mindy Bingham is an American social media personality, nail technician, and crafter. Mindy Bingham is primarily a Youtube content creator popular for her family Youtube channel “This Is How We Bingham”.

Mindy Bingham was born on July 29, 1986, and she is currently 35 years old. There is no exact information about her birthplace but she is a citizen of the United States.

Mindy has not shared any information regarding her parents, siblings, and other family details. Talking about her educational journey, Mindy studied Meteorology at the University of Utah. However, she did not graduate. 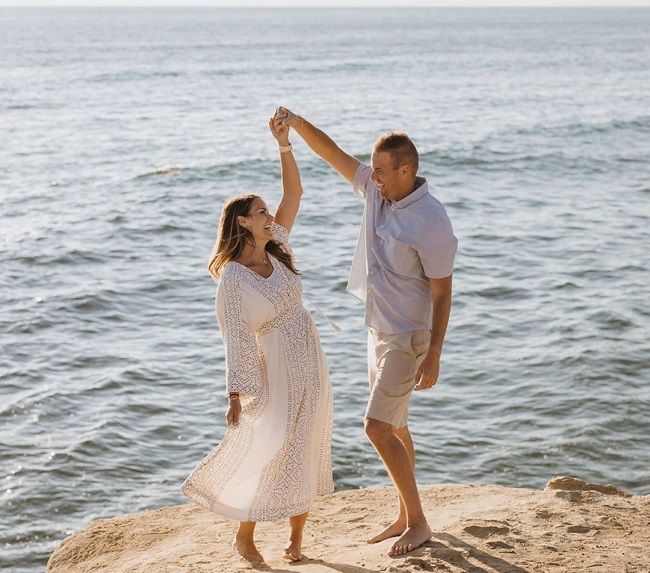 Talking about her social media presence, Mindy Bingham is available on Instagram as @mindysbest. This account has 203 post shares and 76.7k followers at the time of writing this biography.

Likewise, she also has her personal Youtube channel called “Mindys Best”. This channel has earned over 753k views and 42.9K subscribers since its creation on December 11, 2011.

The family Youtube channel has over 342.9 million views and 946K subscribers since its creation on November 17, 2011.

Professionally, Mindy Bingham is a nail technician and crafter best known for being the matriarch of the family vlog channel “This Is How We Bingham”.

The channel has earned 946,000 subscribers with the help of a series of videos documenting the saving and fostering of a kitten the family found nearly frozen to death.

Further, the frozen Flame Point Siamese kitten named Lazzy that the family found was given a full YouTube channel to himself in February of 2016.

It earned more than 66,900 subscribers in about 1 year’s time. Mindy’s family and the family of the Gardner Quad Squad, led by parents Tyson and Ashley Gardner, have appeared on her family’s channel.

Mindy and her family created the “This Is How We Bingham” channel on November 17, 2011, and so far has over 342.9 million views and 946K subscribers. The oldest video on this channel is GoPro Initiation.

They uploaded this video on October 15, 2012, and so far has earned over 42.9k views. Moreover, the most popular video on Mindy’s family channel is FAKING SICK TO SKIP SCHOOL |

BUSTED BY PARENTS | CAUGHT ON HIDDEN CAMERA. This video has over 13 million views since its upload on 21 December 2018.

Other videos with over 4 million views are Nearly Dead Kitten Found Frozen In The Snow and SAVED!, “HAWOWII” THE MOVIE | FIRST FAMILY VACATION TO HAWAII,

TODDLER BREAKS ARM IN TWO PLACES AT LEGOLAND ON VACATION | BOTH ARM BONES BROKEN, and DAD BREAKS HIS LEG IN TWO PLACES AT SKATE PARK WITH FOUR KIDS with views ranging from 4 million to 6.2 million. 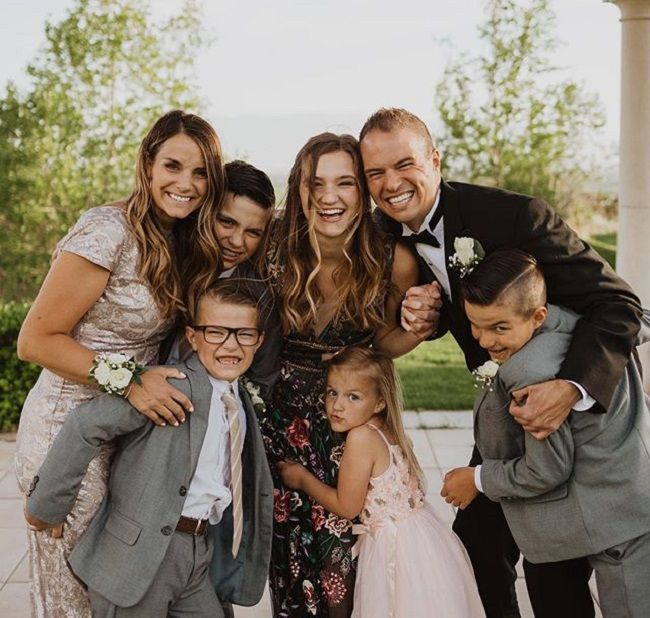 Caption: Mindy Bingham posing for a photo with her family. Source: Instagram

Mindy Bingham also has her own Youtube channel called “Mindys Best”. She created this channel on December 11, 2011, so far has over 753k views and 42.9K subscribers.

At the time of writing this biography, there are just over 15 videos uploaded to this channel.
The oldest video available is HOW TO CURL YOUR HAIR LIKE A PRO | MY HAIR CARE ROUTINE | HAIR TUTORIAL uploaded on April 10, 2020, and has over 55k views.

Moreover, the most popular video on this channel is COOKING IN THE KITCHEN WITH KIDS | TEACHING MY SON HOW TO BAKE HIS FAVORITE CAKE | EASY DESSERT IDEA with 82.4k views.

Likewise, the other videos with over 60k views at present are TOP 5 TARGET MUST-HAVE ESSENTIALS FOR TEENS | SHOPPING WITH MADI BINGHAM, COOKING WITH MOM

| EASY 3 INGREDIENT COOKIES | EASY RECIPE FOR KIDS, and DIY BLEACH DYE | HOW TO BLEACH DYE A SHIRT AT HOME with 73k, 72k, and 61k views respectively.

Moving on, Mindy Bingham has a net worth estimation of approximately $1 million to $5 million dollars. She might earn through her Youtube videos, collaborations, partnerships, brand endorsements, etc.

Mindy Bingham is a married woman and her husband is Branden Bingham. They tied the knot on 4 April 2006 and the couple recently celebrated 14 years of marriage.

Moreover, Branden is the founder of the aerial video production company B² Skytography and also a fellow Youtube star.

At the time of their marriage, Branden was already a father to a 2-year-old named Madison. Madison recently graduated high school in July 2020. F

urther, Mindy and Branden have four children together namely Ryler, Krew, Brexsen, and Hazyl. Moreover, Mindy has maintained a clean public profile away from rumors, scandals, and controversies that might hamper her professional career and personal life. 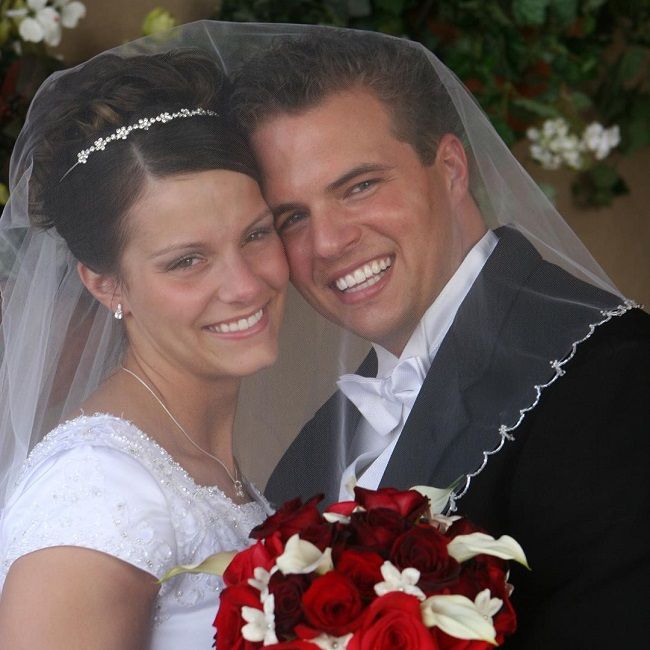 Caption: Mindy Bingham and her husband Branden captured during their wedding. Source: Instagram

Similarly, Mindy has brown eyes and hair of the same color.