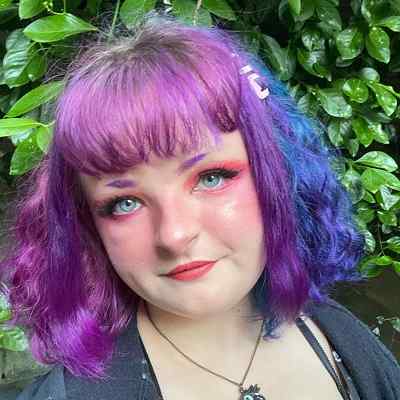 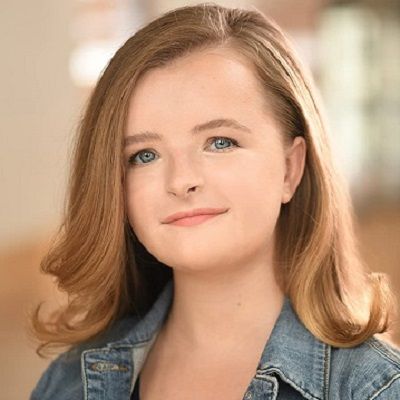 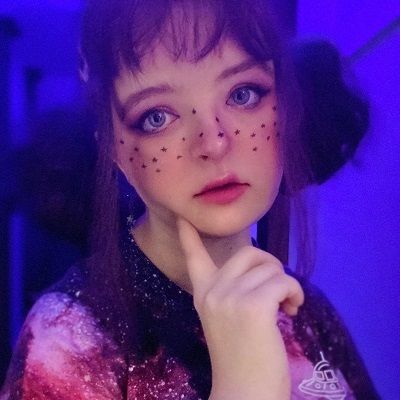 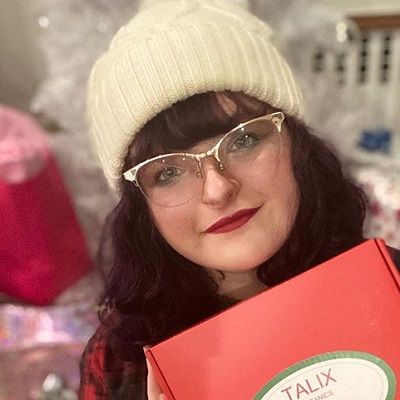 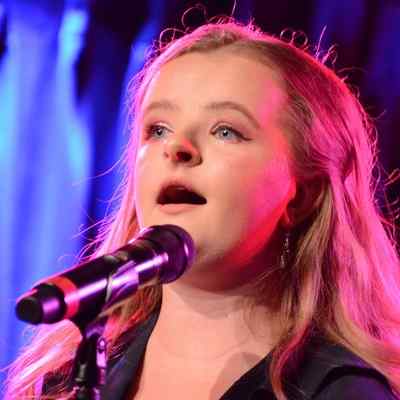 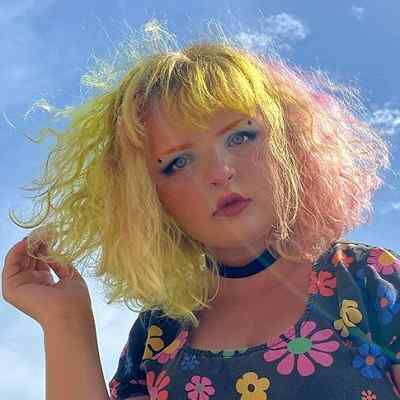 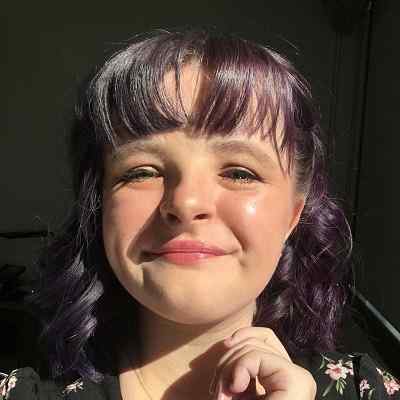 Milly Shapiro is an American musical actress. Milly Shapiro gained fame playing the role of Matilda in Matilda the Musical on Broadway. Since then she has appeared in several musical performances, TV shows, and films.

Milly Shapiro was born on July 16, 2002, and she is currently 20 years old. She hails from Tampa, Florida, and her zodiac sign is Cancer.

Similarly, she has a sister named Abigail who is also a renowned performer and has accompanied her in concert series like Shapiro Sisters Live Out Loud.

Talking about her education, she attended Community Montessori School from 18 months old until 10 years old when she moved to New York to pursue her career.

She recently graduated high school in May 2020/ she has also studied acting, singing, and also dancing with a focus on ballet, jazz, tap, and hip hop.

She was inspired by her sister Abigail and hence began vocal training at the young age of 3. Likewise, She also started training for acting at age 5.

Likewise, she was discovered at the age of 10 and since then she began training as a professional actress and singer. She later moved to New York to accept the role of Matilda in Matilda the Musical on Broadway. 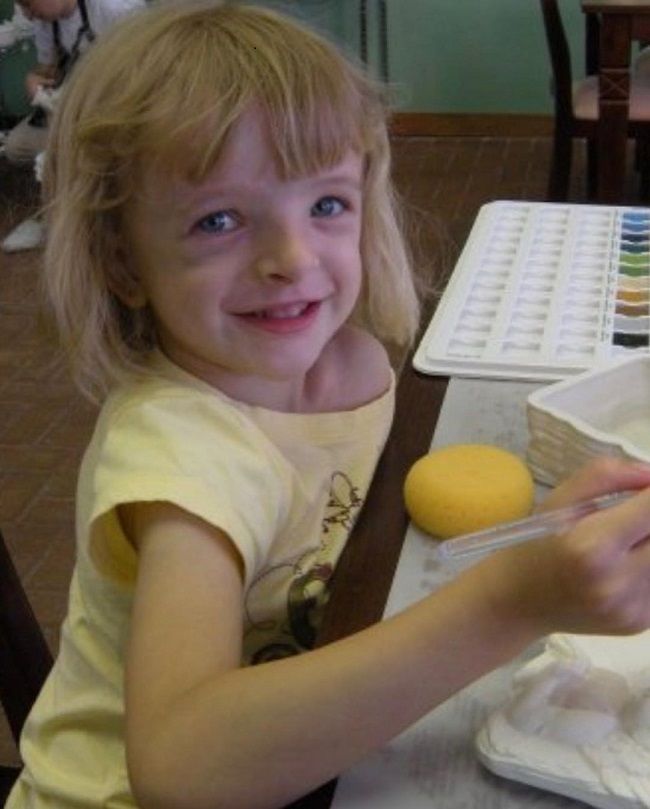 Milly Shapiro is most probably single at present. She has not shared much information regarding this issue.

Likewise, she has also not shared any social media posts that might indicate her current relationships or affairs.

Nevertheless, she is sure to attract many lovers in the future through her beauty, talent, humor, and charms

Milly Shapiro stands tall at a height of 1.47 meters or 4 feet 10 inches. Other than this, there is no information about her other body measurement details like her weight, chest-waist-hip measures, dress size, shoe size, etc.

Likewise, she has blue eyes and blonde hair which she has dyed into various shades like purple, red, blue, pink, etc. 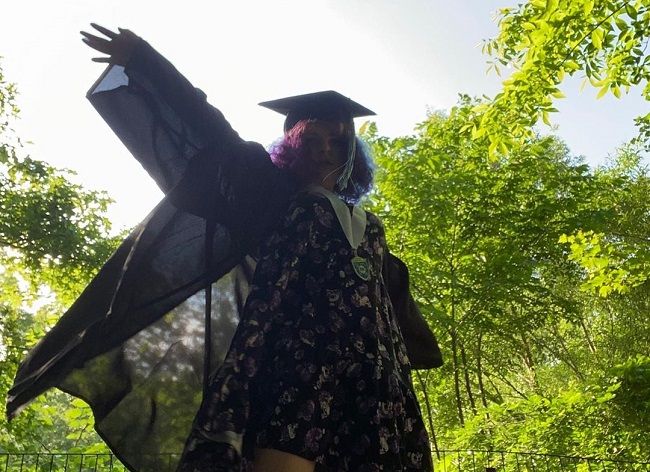 Milly Shapiro is professionally a musical actress and hence she is a good singer as well as an actress.

Mailly rocketed to fame in 2013 after she originated the role of Matilda in the Broadway production of the original Roald Dahl novel.

She has also starred in the productions of legendary musicals like Annie and Les Misérables. Then in 2018, she starred in the film Hereditary in the role of Charlie Graham.

Her first professional role was Matilda. This musical was nominated for 12 Tony awards and altogether bagged “Best Book of a Musical”, “Best Featured Actor in a Musical”, “Best Scenic Design”, and “Best Lighting Design”.

Likewise, for her role in this musical show, she won a Tony Honor for Excellence in Theatre in the year 2013.

She received this award of excellence along with her co-stars of the show, Sophia Gennusa, Bailey Ryon, and Oona Laurence. It was for all of their Broadway debuts in Matilda.

This also made them the youngest recipients of the award in history. She also has a Grammy nomination for “Best Musical Theater Album” for the musical’s cast album.

She has also appeared in a number of TV shows. Some of them are the role of Emma Rebecca in the episode “We Need to Talk About Karen” in the show Splitting Up Together in 2018; in The Boulet Brothers’ Dragula’s episode 6 of season 3 in 2019; and as Princess Jezebel and voiced Goldilox in JJ Villard’s Fairy Tales’ episodes 1 and 2 of season 1 in the year 2020. 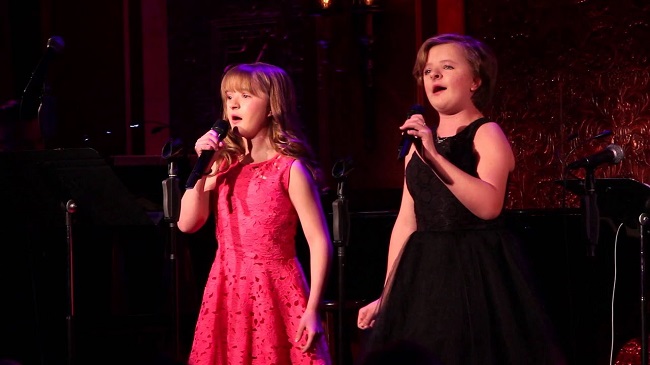 She and her sister Abigail have also worked together to create a series of concerts and cabarets at 54 Below to support the Anti-Bullying Movement.

The siblings were the first minors to have a cabaret at the 54 Below cabaret space in NYC.

Moreover, she was also cast as Sally Brown in the first off-Broadway all-youth production of You’re A Good Man, Charlie Brown.

Charlie Graham in the film Hereditary was her first film role and she is equally passionate about both mediums. She continues working on her craft and feels that there will always be something to learn.

She is popular for her unique spirit and passionate approach to all she experiences.

In her free time, she enjoys reading, and watching Anime, and loves playing with her two dogs. She hopes her future roles continue to challenge her imagination and are fun to play.

More particularly, she loves Harry Potter and the Philosopher’s Stone; drinks English breakfast tea; and has an interest in Harajuku fashion.

She also goes to Anime Conventions during her free time and some of her favorite Anime include Black Butler, Princess Jellyfish, and Tokyo Ghoul.

Moving on, she has a net worth estimation of approximately $50,000 dollars.

Talking about her social media presence, she joined Twitter in June 2018 and at present has 2,751 followers on her @millyshapiro verified account.

Likewise, she goes by @millyshapiro on Instagram and this account has 170 posts shares, and 44.8k followers at the time of writing this biography.

We can also contact her at [email protected] for more inquiries.