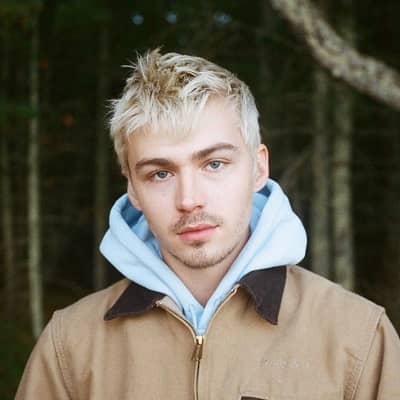 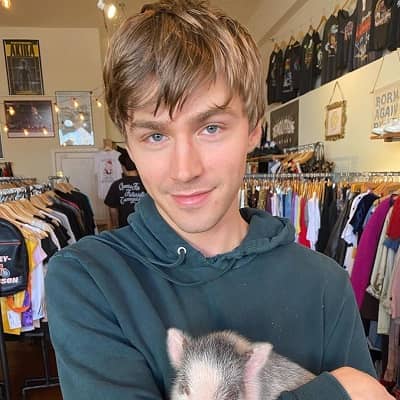 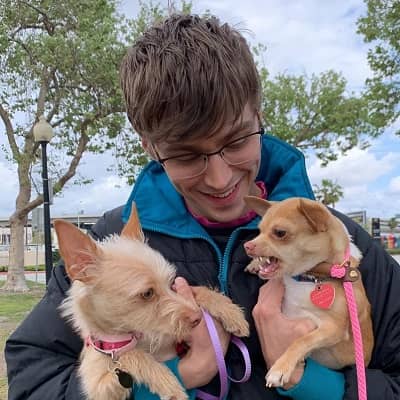 Miles Heizer is a popular American actor. Miles Heizer is gained for his roles in various TV series and films like ‘Love, Simon’, ’13 Reasons Why’, ‘Parenthood’, and ‘ER’ among others.

Miles Heizer was born on 16 May 1994 and he is currently 28 years old. He hails from Greenville, Kentucky, and his zodiac sign is Taurus. Talking about his family, his mother is a nurse, and he also has one older sister named Moriah.

As a child, he performed in a number of community theater productions in Lexington, Kentucky. He moved to Los Angeles with his family to go further with his acting career full-time when he was just ten years old. There is no information regarding his educational journey. Furthermore, his full name is Miles Dominic Heizer. 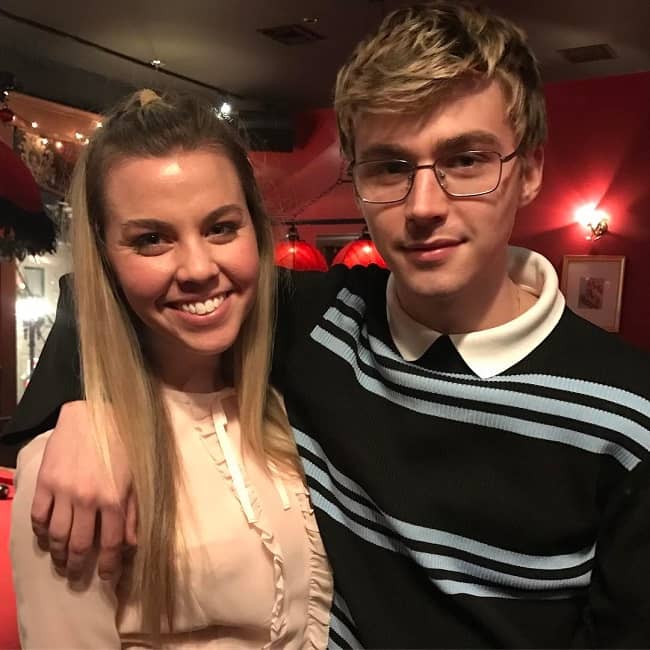 Caption: Miles Heizer posing for a photo with his sister Moriah. Source: Instagram

Professionally, Miles Heizer is a young prominent actor. He is popular for portraying Alex Standall in the Netflix original series 13 Reasons Why and as Drew Holt in the NBC drama series Parenthood. In Parenthood, his’ character is the son of actor Lauren Graham. Furthermore, he portrayed his character Drew Holt alongside his real-life best friend, Mae Whitman. Mae appeared as his character’s sister, Amber Holt, until the series’ ending in 2015.

He is also the Young Artist Award nominee for his role as Davey Danner in the drama film Rails & Ties. While playing this role, he was just 12 years old. In the year 2018, he played a supporting role in the film Love, Simon.

He also worked alongside popular actors Emma Roberts, Dave Franco, and Emily Meade in the action-adventure Crime in 2016. Then in the 2017 crime drama Roman J. Israel, Esq., he worked with the Oscar-winning actor Denzel Washington. 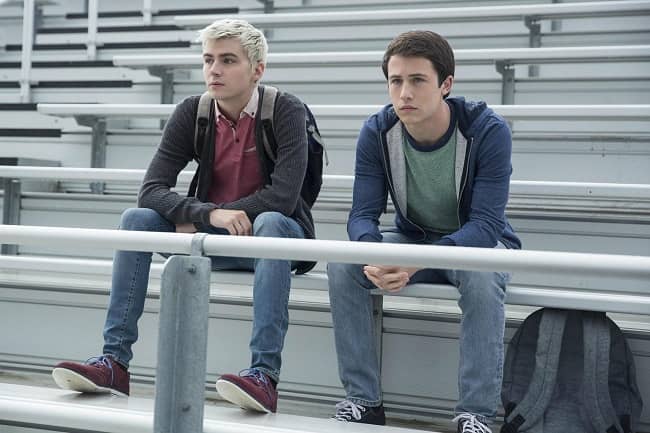 Caption: Miles Heizer captured in a still-cut from the series ’13 Reasons Why’ alongside actor Dylan Minnette. Source: Heat Magazine

Furthermore, his first on-screen appearance was in an episode of CSI: Miami in the supporting role of the character Joey Everton. He starred in the episode titled “Nothing to Lose”. In the year 2007, he had a recurring role on the medical drama ER as the character Joshua Lipnicki. Moreover, he also made a guest appearance in an episode of the Emily Deschanel-starring show Bones.

Additionally, he starred in the short film Paramedic as the character Young James. Also, he has since guest-starred in episodes of Ghost Whisperer, Shark, Bones, and Private Practice.

In the year 2013, he co-starred as Josh in the film Rudderless. Then in 2015, he had a supporting role as Marshall Lovett in the drama-thriller film The Stanford Prison Experiment. It premiered at the Sundance Film Festival on 26 January.

Further, in the year 2016, he starred as Tommy Mancuso in the film Nerve. He also appeared in the 2017 Netflix original 13 Reasons Why as Alex Standall. The actor also played the character Cal Price in the 2018 movie Love, Simon. He portrayed the role of one of the title role’s classmates. Then in the year 2018, the clothing retailer GAP’s Logo Remix campaign featured Miles Heizer. Coach’s fall and winter 2019 fashion campaigns have also featured Miles Heizer. 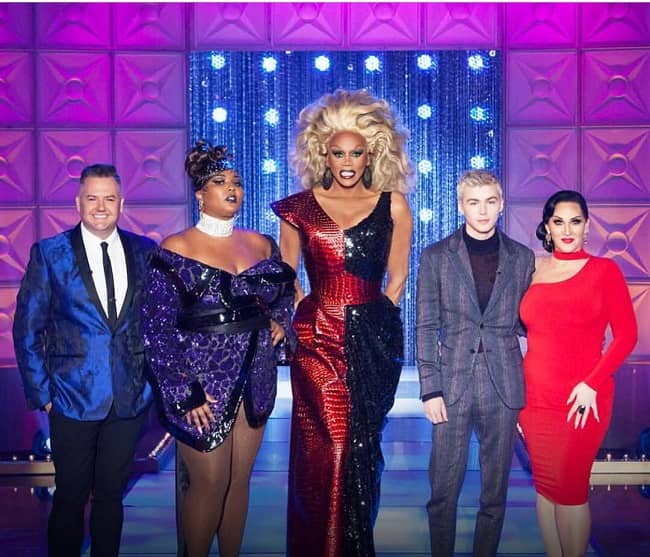 Caption: Miles Heizer appearing as a guest judge on RuPaul’s Drag Race in May 2018. Source: Instagram

Besides this, people also speculated that he was romantically involved with his co-star of 13 Reasons Why, Brandon Flynn. Such rumors started after the duo worked together often for the Netflix original series. Moreover, the actors have evidently formed a strong bond on the set. Their closeness gave way to the rumors. Further, the two were also spotted spending time together outside of the set along with fellow castmates multiple times.

Later, Brandon and he also shared several pictures of their hangouts on their respective Instagram pages. These incidences gave people even more proof to spread the rumors. It intensified when a short film starring the two actors started to make rounds on social media.

The short film was released in the year 2017 and its name is Home Movies. The director is Kevin Rios and this short film contains a passionate kiss between the characters played by him and Brandon Flynn. Eventually, his representative stated in an interview with Page Six that the actors’ duo are just friends. 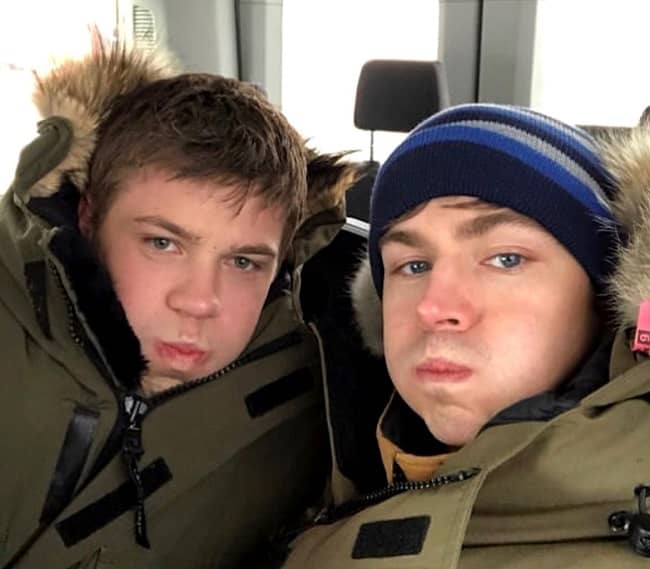 He stands tall at a height of approximately 5’10” and his weight is around  71 kgs. Furthermore, he has body measurements of chest-waist-biceps 38-30-11 inches respectively. Likewise, he has blue eyes and chestnut blonde hair color.

Talking about his social media presence, Miles Heizer joined Twitter in August 2009 and so far has over 136.4K followers on his @milesdheizer account. Likewise, he goes by @younggoth on Instagram. This account boasts 144 posts shares and over 3.6 million followers as of January 2021. Moving on, he has a net worth estimation of approximately $3 million dollars.