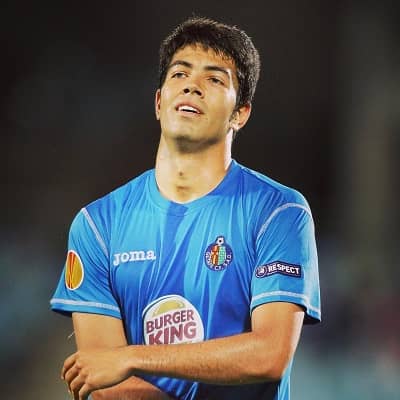 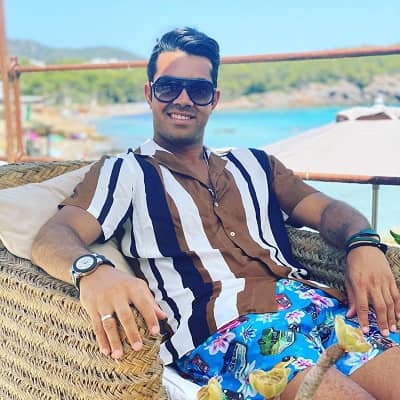 Miku was born on the 19th of August, 1985. He holds Hungarian and also Venezuelan nationality. The son of a Hungarian father and a Venezuelan mother, he was born in Caracas, Venezuela, and received his nickname after Miklós, the equivalent of his first name in the Hungarian language. Moreover, he is 35 years old now and his zodiac sign is Leo. No further information is there regarding his childhood and educational background. However, it looks like he was very passionate about his football career since his childhood. 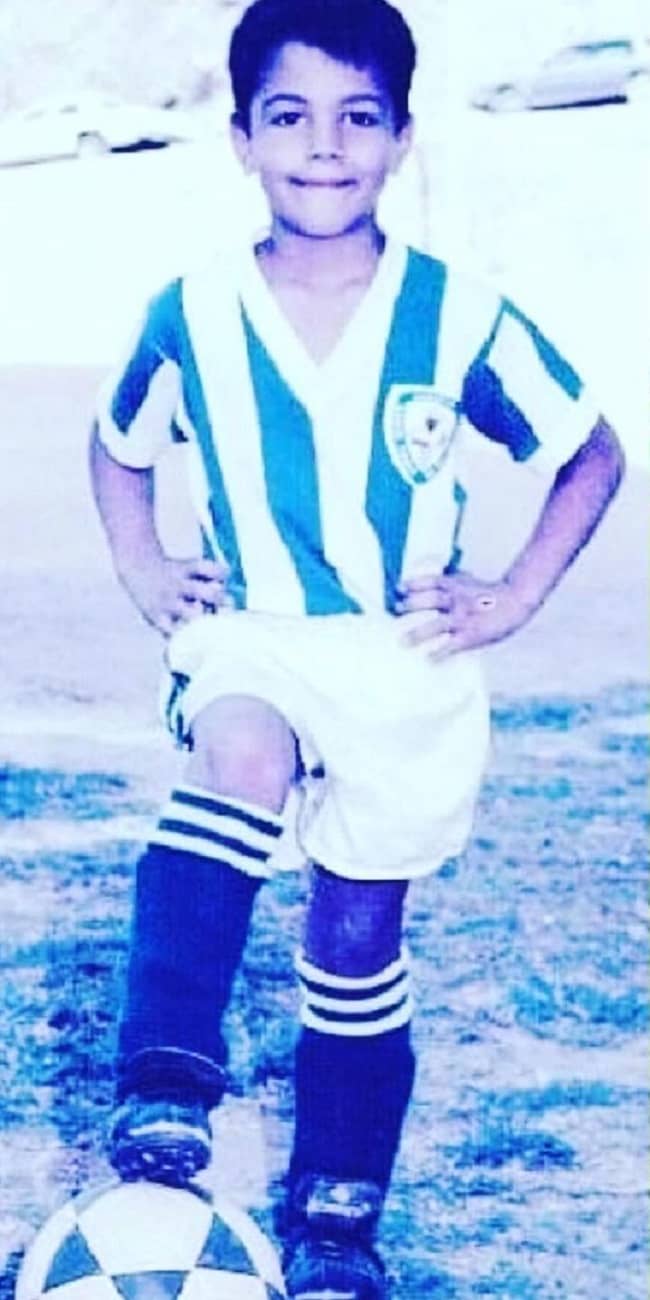 Caption: Miku when he was a kid (Source: Instagram)

Miku is a Venezuelan professional footballer who plays for Spanish club Deportivo de La Coruña as a striker. He spent most of his career in Spain, having played for a host of clubs and starting with Valencia. In La Liga, he also represented Getafe and Rayo Vallecano and won a Scottish double while on loan at Celtic in 2013. Also, he represented Venezuela in two Copa América tournaments. On 30 September 2013, he joined Qatar Stars League side Al-Gharafa Sports Club for an undisclosed fee. He scored five goals in 15 games in his debut campaign, in an eventual ninth-place finish out of 14 teams.

He arrived at the youth system of Valencia CF in 2001, when he was just sixteen years old. He started his professional career soon after, in 2004. He was loaned by the LaLiga giants to teams that played in the second and third tiers of the Spanish football system for a period of five consecutive seasons. Due to the surplus of strikers at Valencia at the point of time, he was sold to Getafe CF in 2010 signing a four and a half year contract with the club. Moreover, he made his debut for the Venezuelan National team on the 16th of August, 2006, at the age of 21. This was a friendly match that was played against Honduras which ended in a 0-0 tie.

Over the years, he became a regular for the national team that participated in the 2010 FIFA World Cup Qualifiers. Considering the amount of time hewas officially a player for Valencia, he played in very few games. However, whenever he did play, he made more than a moderate impact. He scored a hat-trick in a UEFA Europa League 4–1 home win against Stabæk Football on the 27th of August, 2009. He made major contributions in the two times that he played for his national team in the Copa America. In 2009, he scored twice to ensure a second position in the group table, in a tournament that they ended up finishing fourth in. He was named LaLiga player of the month in February 2016.

In August 2017, 32-year-old he joined the Indian Super League franchise Bengaluru FC on a two-year contract. He scored his first goal for them on 26 November in a 4–1 rout of Delhi Dynamos FC, adding three braces in his first season, against FC Goa in a 3–4 away defeat, FC Pune City (3–1, away) and Kerala Blasters FC (3–1, also away). In the 2018–19 season, he and his team won the competition after a 1–0 extra-time defeat of Goa in the final. He had a fairly successful spell at Getafe, as he scored on many important occasions to lead his team to victory. This included a brace in Getafe’s 3-0 victory over his past club, Valencia.

After short spells at Gharafa and Rayo Vallecano, he transferred to the newly formed ISL team, Bengaluru FC on a two-year contract. He was the second top-scorer in the tournament, leading Bengaluru to the final in their first year in the ISL. Venezuela performed disappointingly in the next edition of the Copa America, as they only finished third in their group. Then, they failed to qualify for the knockout stages of the tournament. The president of the Venezuelan Football Federation accused 15 players, including him to be involved in a conspiracy to sack their manager.

In addition, all players accused threatened to quit the team after that allegation. His lack of opportunities in Spain denied him much success that he potentially could achieve, with the talent that he has, according to many football pundits. On 20 August 2019, Cypriot First Division club AC Omonia announced the signing of he for one year. Then, he returned to Spain on 25 September 2020, after agreeing to a contract with Deportivo La Coruña, recently relegated to the third tier. 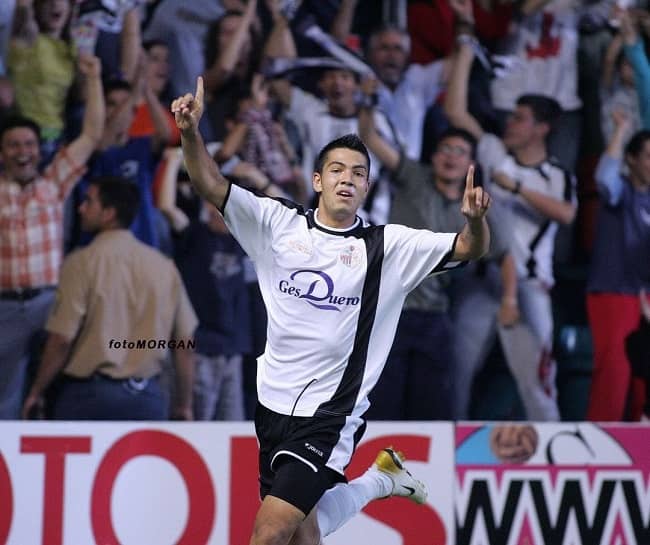 The football player has contributed and achieved a lot. His net worth is enough to fulfill every need of his family. The net worth of Miku is between $1 million – $5 million. As of now, he is living a great and luxurious life along with his happy family.

Miku is a married man. He is the husband of the wonderful and very pretty woman, Viviana Acosta. Together, they have three kids named Nicole, Aitana, and Miranda. It has been more than 10 years since the couple was in love. They have the same strong love to this day as well. Moreover, they are living altogether very happily. We can have a look at his Instagram account, how much his family is important to him. He never misses wishing his family on their special days. 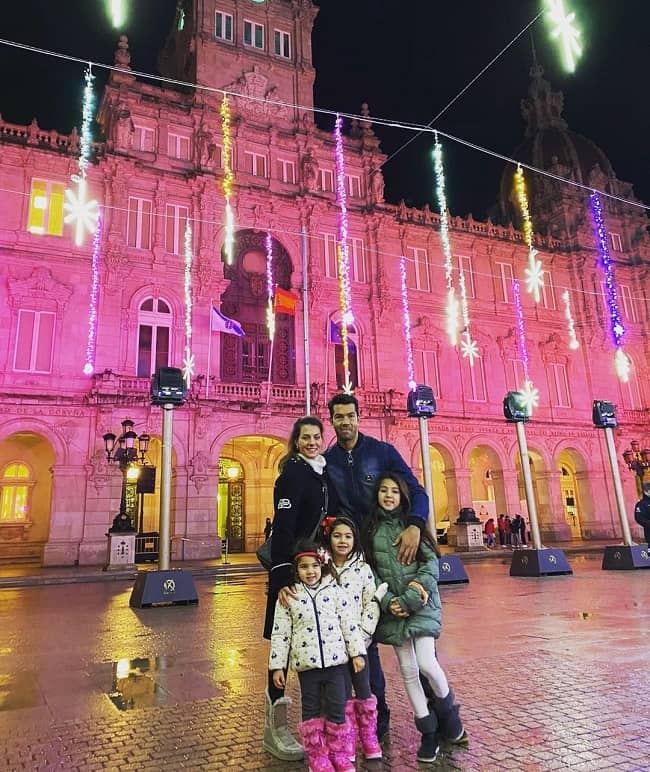 The football player is 6 feet 1 inch tall. and has a weight of 72 kg. Similarly, Miku has black hair with a pair of blue eyes. As an athlete, he has a muscular and well-maintained healthy body. However, further information regarding his body measurement, dress size, and shoe size as well.

Talking about his presence on social media platforms, he is quite active there. He is only active on Instagram with 22.4 K followers. His Instagram account is full of his career and his family pictures. We can see how much he loves his family and his career as a football player as well. His Instagram id is also verified. The footballer is not active on other social media platforms at all. Most of his private things are still a secret.