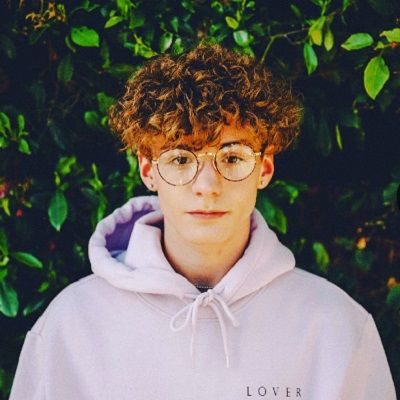 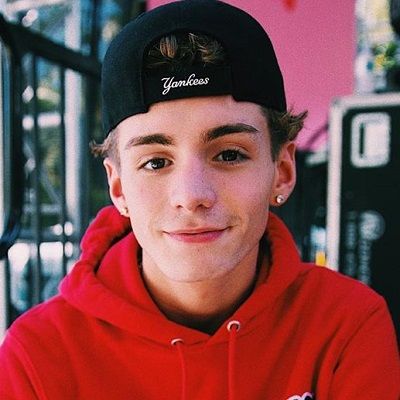 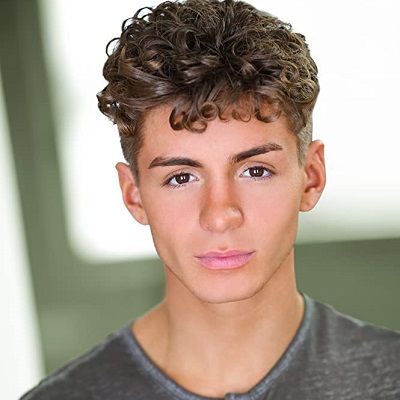 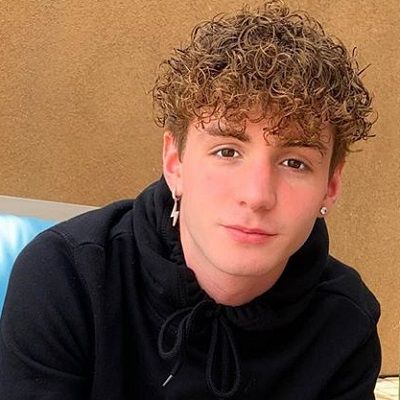 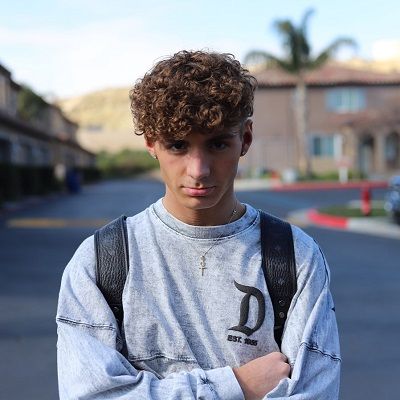 Mikey Tua is a popular American actor, model, dancer, and social media personality. Mikey Tua is the younger brother of actor, Jojo Tua. Moreover, he has gained a huge number of followers on his social media accounts.

Mikey Tua entered this world on June 12, 2002, in Silverdale, Washington, USA. As of 2020, he is 18 years old and his sun sign is Gemini. His mother’s name is Katie Tua and his father’s name is Delvin Tua. His brother, Jojo is about two years older than him.

Moreover, Mikey’s love for the performing arts developed early. At the age of eight, he began taking dance lessons. Ballet is his favorite dance form. Tua is home-schooled and currently resides in Los Angeles, California. 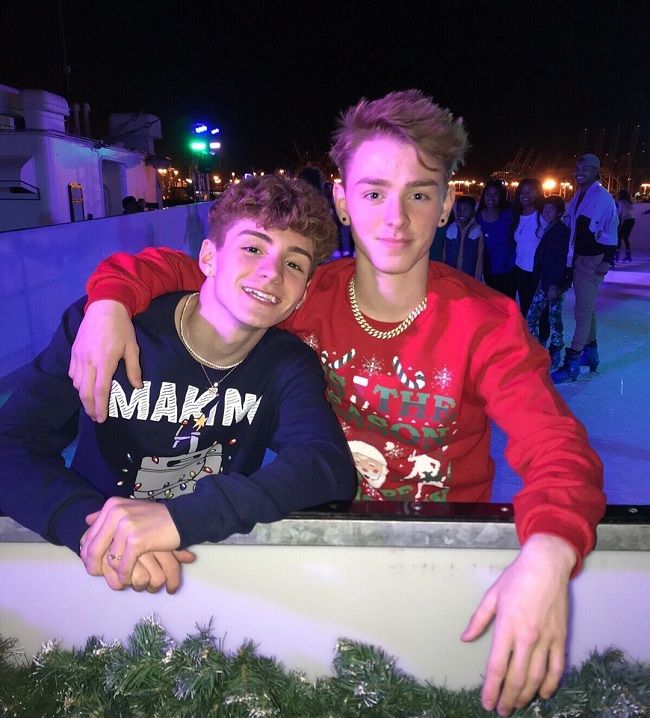 Following in his brother Jojo’s footsteps, Mikey too ventured into the world of acting. He made his big-screen debut with Jay Gerren’s directorial venture ‘Try to Smile’ in 2018. Also starring Sébastien Charmant, Erica Denise Curry, and Katy Duncan, the film tells the story of a professional African American woman trying to fight off a curse that has been passed down in her family. Tua portrays a character named Austin.

He then appeared in the short film ‘Coma’. Directed by Su Chen, the film revolves around three grieving strangers who come together on one gloomy day in Los Angeles. He also co-starred with Danielle Cohn, his girlfriend, in the music video for her song ‘Only You’.

Tua created his YouTube channel on February 5, 2015, and posted the first video in June 2018. He is not particularly active on the platform, having uploaded less than ten videos since the inception of the channel. Furthermore, all these videos have been uploaded within the last few months and have similar content. They all revolve around his relationship with Danielle Cohn.

Mikey, along with his brother, is a member of the Instagram group Slightly Above Average. Currently, Mikey Tua is signed to Impact Talent Group and MSA Talent Agency. Moreover, he posted a picture he took with Hayden Summerall on Instagram to celebrate Hayden’s birthday. Mikey has collaborated with Landon Barker and Caden Conrique.

Coming to his personal life, Mikey is dating singer and social media influencer Danielle Cohn. They had known each other for quite some time before they started dating. When they met, Cohn was already in a relationship, so Tua kept his distance. It is only after she and her previous boyfriend parted ways that they began dating.

Cohn has stated that she admires Tua’s kindness. He once even saved her life. It occurred on Tua’s birthday in 2018. They were traveling in a car together. He was sitting right behind the driver whereas Cohn was sitting in the middle seat. She had the seat belt tied around her waist.

They were in a car accident and the back of the car subsequently lifted, throwing Cohn forward. She blacked out soon after the accident occurred but Tua never did. He put his arm around her and pulled her back, preventing her from smashing into the windscreen.

Soon, they were taken to a hospital where it was discovered that her collarbone was broken and that she needed immediate surgery. Tua, on the other hand, escaped with minor injuries. As of now, the duo is enjoying their time and having a great time together. 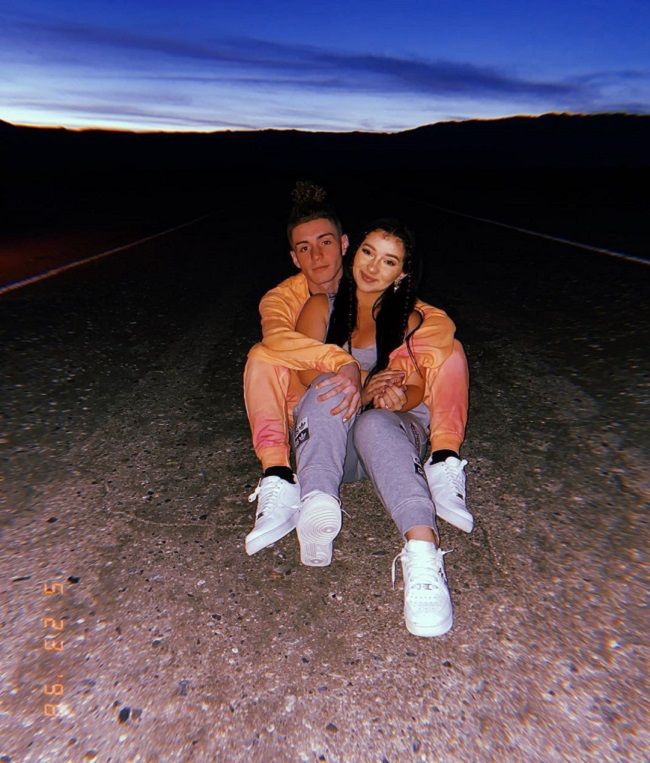 Mikey has a great personality and is gifted with amazing looks. He has maintained a sexy body figure. He has a height of 5 feet 5 inches and weighs around 54 Kgs. His chest-waist-hip measurements are 36-28-34 inches respectively. Moreover, his shoe size is 5.5. He has brown eyes and has curly blonde hair. 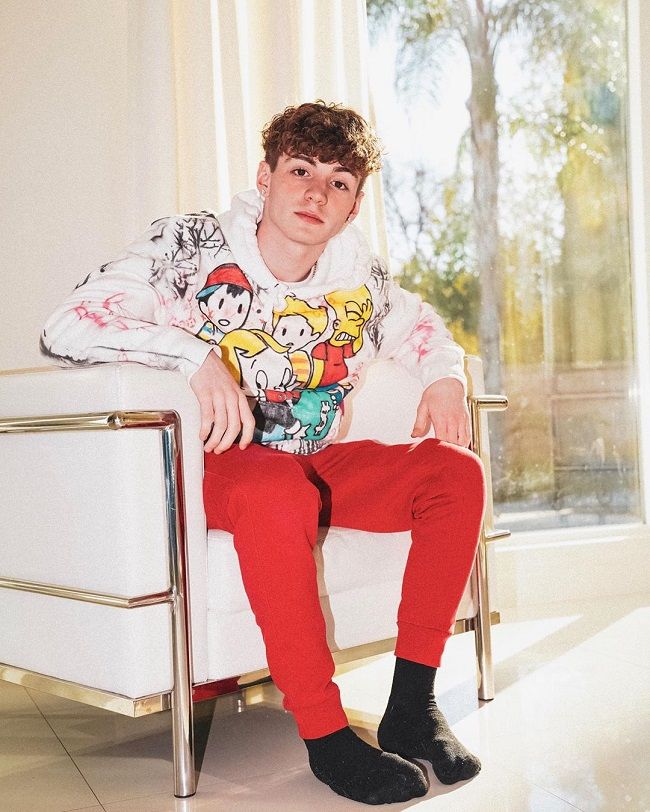 This young and talented personality would earn a huge amount of money through his profession. His wealth comes from his acting as well as his social media career. However, he has a net worth of around $1.7 million. As of now, he is living a lavish lifestyle.