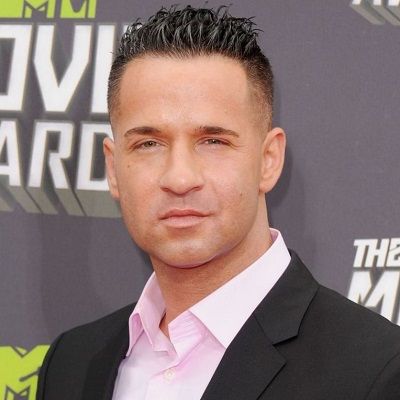 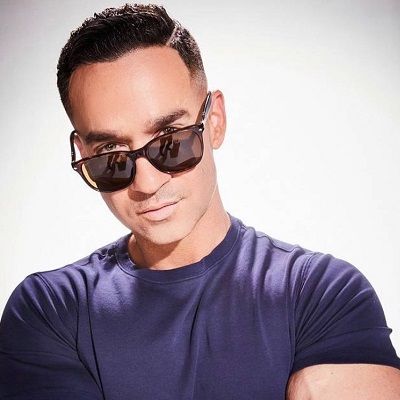 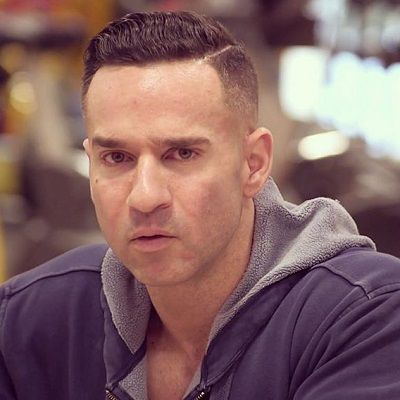 Mike Sorrentino was born on July 4, 1981. He was born in Staten Island, New York City, and raised in Manalapan Township, New Jersey. As of 2022, she turns 41 years old and his birth sign is Cancer. His mother’s name is Mellissa Sorrentino and his father’s name is Frank Sorrentino. Moreover, he has a younger sister named Melissa and older brothers named Marc and Maximo.

He graduated from Manalapan High school in 1999. He attended Brookdale Community College and obtained an associate’s degree. After college, he attended Kean University and Monmouth University. Previously, he worked as an assistant manager of a fitness center in Staten Island. He lost his job when he was 25. Later, he started underwear modeling.

Further, he gained his nickname “The Situation” when a girl complimented his abs while walking with her boyfriend on a beach in New Jersey. The girl’s boyfriend was angered by her complimenting another guy, and Sorrentino’s friend joked that his abs were causing a “situation”, or a problem between the couple. 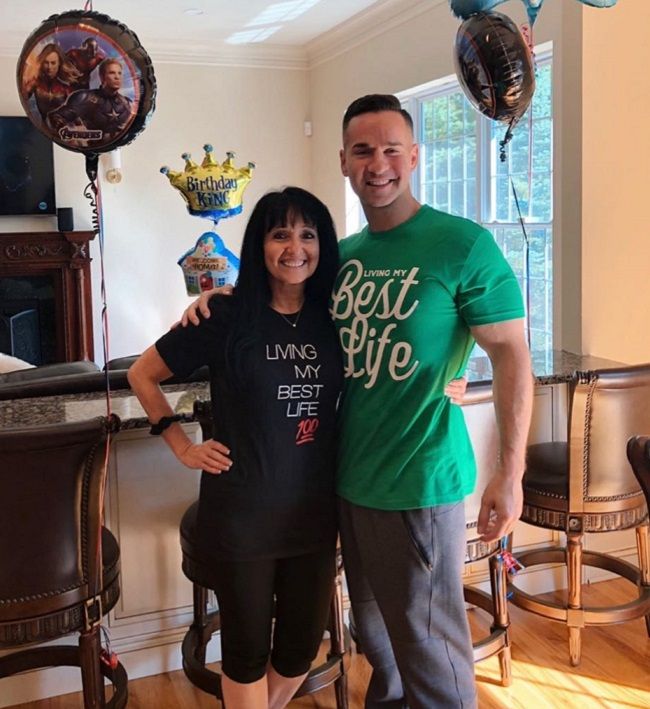 Mike was a cast member of Jersey Shore since its debut season in 2009. He has also guest appeared on other TV series and TV shows. It includes ‘The Howard Stern Show’, ‘The Tonight Show with Conan O’Brien’, ‘SportsNation’, ‘Chelsea Lately’, ‘The Jay Leno Show’, ‘Lopez Tonight’, ‘The Ellen DeGeneresShow’, and ‘Conan’. He also participated as a contestant on Season 11 of Dancing with the Stars. There, he partnered with Karina Smirnoff. He was eliminated in the 4th week of the show.

He appeared with Briston Palin in a public service announcement in 2010 Pause Before You Play the campaign for ‘The Candie’s Foundation’. The campaign was organized to raise awareness to prevent pregnancy. In January 2011, he appeared as a judge in Random Talent, a YOBITv talent-show web series. And the name of the series was later changed to New Stage. He performed on the Comedy Central Roast of Donald Trump in March 2011.

Similarly, in August 2011, fashion retailer Abercrombie & Fitch offered a “substantial” amount of money not to wear the company’s clothes which could cause significant damage to the company’s image. After three months, he filed a lawsuit against A&F after they made shirts that read “The Fitchuation” and “GTL…You Know The Deal”.

He appeared in a small cameo role on ABC’s Suburgatory on February 22, 2012. In the same year, he participated in Fox’s dating game show ‘The Choice’. He became a housemate on the tenth series of Celebrity Big Brother on Channel 5 on August 15, 2012. He finished fourth in the series finale. In October 2012, he appeared in a PETA ad campaign promoting the spaying and neutering of pets.

In April 2017, he along with his brothers, Marc and Frank appeared on ‘We TV’s Marriage Boot Camp: Reality Stars Family Edition. Sorrentino reunited with most of his Jersey Shore cast members in a reboot of the series titled Jersey Shore: Family Vacation in 2018. The first and second seasons aired in 2018 with Sorrentino as a main cast member. It was confirmed in May 2019 that he will “be a huge part” of the third season, including documentation of his wedding, court sentencing, and events leading up to his jail time. 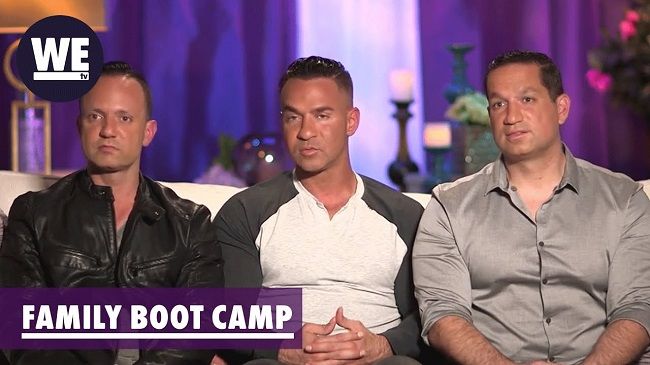 He publicly acknowledged he had been struggling with an addition to oxycodone, a prescription opioid pain medication on March 21, 2012. He also confirmed that he had entered rehab. Therefore, he checked out of the Cirque Lodge treatment center in Utah on April 4, 2012.

On June 17, 2014, Mike was arrested for assault after a fight with his brother at their family’s tanning salon in Middletown Township, New Jersey. Moreover, in September 2014, Sorrentino was charged with tax fraud, allegedly avoiding paying taxes on $8.9 million.

Further, according to the US Attorney, he, and his brother, Marc, established S corporations that paid for personal expenses and failed to report income. Similarly, in April 2017, further charges were levied against Sorrentino and his brother, alleging tax evasion and the structuring of bank deposits to avoid reporting thresholds.

He was sentenced to an eight-month prison by New Jersey federal court. In addition, he must pay $10,000 fine, along with two years of supervised release and complete 500 hours of community service. The Jersey Shore star was alleged for tax evasion in April 2017, where he pleaded guilty on 19 January 2018.

Mike started dating his college sweetheart, Lauren Pesce in 2004. They dated for three years and broke up in 2007. And, they both came into understanding and reunited in 2013. He announced on April 26, 2018, that they had gotten engaged. They married on November 1, 2018. As of now, they are very supportive of each other and are living happily. 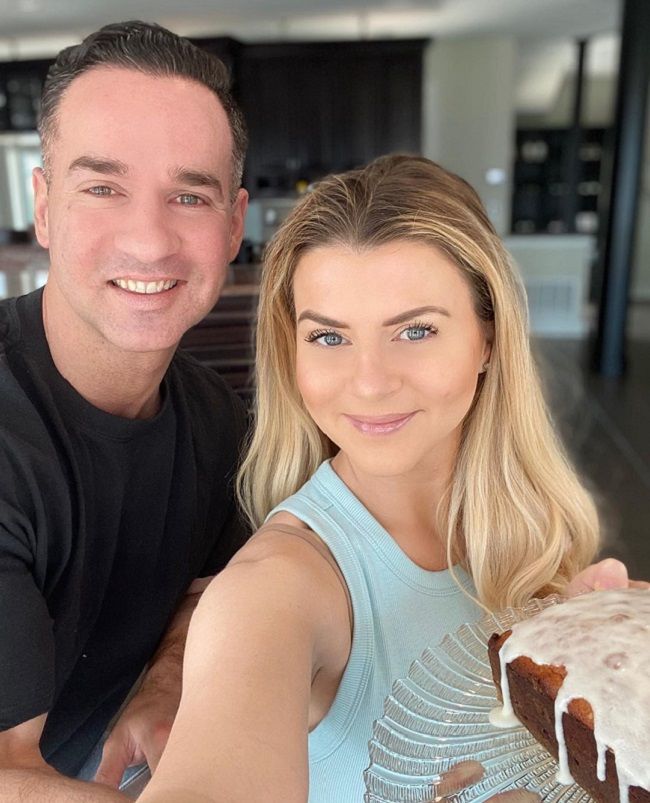 Caption: Mike Sorrentino and his wife clicking a selfie.

Mike stands at a height of 5 feet 9 inches tall and weighs around 75 kg. He has taken training in Taekwondo and earned a black belt in it. Moreover, he loves to collect sneakers and his collection of sneakers includes over 100 pairs. Moreover, he has dark brown hair and brown hair. He has not disclosed any other body measurements. However, he has an athletic body figure and has maintained a balanced diet.