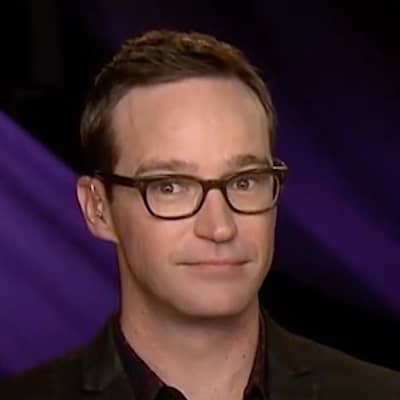 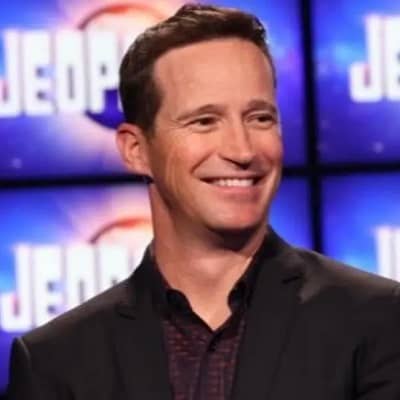 Mike Richards is a television producer and game show presenter from the United States. Moreover, Mike Richards is best known as the executive producer of the American television game shows “Jeopardy” and “Wheels of Fortune” from 2020 to 2021. He became the third host of the syndicated version of Jeopardy! daily.

Michael Richards best known as Mike Richards was born on 5th July 1975, in Burbank, California, the United States of America. As of now, this man is 46 years old and holds an American nationality. Moreover, this presenter has a zodiac sign of Cancer and is a Christian by religion. In addition, he belongs to mixed ethnicity of Scottish, Italian, and English descent. He is the son of William Richards (father) and Phyllis (mother). His father was a professional electrical engineer. Sadly, his father William died in a car accident.

Regarding his academic career, he studied at Pepperdine University.

Mike Richards started his television career as the second host of “Beauty and the Geek.” Moreover, he has also produced various game programs, including “Weakest Link” and others. Until the 2018-2019 season, he was the executive producer of “The Price Is Right” and “Let’s Make a Deal.” In 2012, he hosted the GSN remake of “The Pyramid,” as well as the network’s 2016-2017 version of “Divided.” In addition, throughout the production of Price, he hosted a podcast called ‘The Randumb Show.’

According to The Ringer’s Clair McNear, he often used hateful terms and disparaged women’s bodies. The program was taken offline after the producer apologized for the content. Mike joins Sony Pictures Television as executive producer of ‘Who Wants to Be a Millionaire’ in 2019, alongside presenter Jimmy Kimmel and Michael Davies. He signed the show as an executive producer for the nine-episode first season of the show during the 2019–2020 season. When Harry Friedman resigned, he took over as executive producer of “Wheel of Fortune” and “Jeopardy!” for the 2020-2021 season.

Following the death of ‘Jeopardy!’ host Alex Trebek in 2020, he made an appearance at the beginning of the 9th November 2020 episode to show tribute to him. Later, he was called in as a guest host for two weeks, with his first program aired on February 22, 2021. He has been in “advanced negotiations” to become the permanent host as of August 2021, however other candidates were still in the hunt. 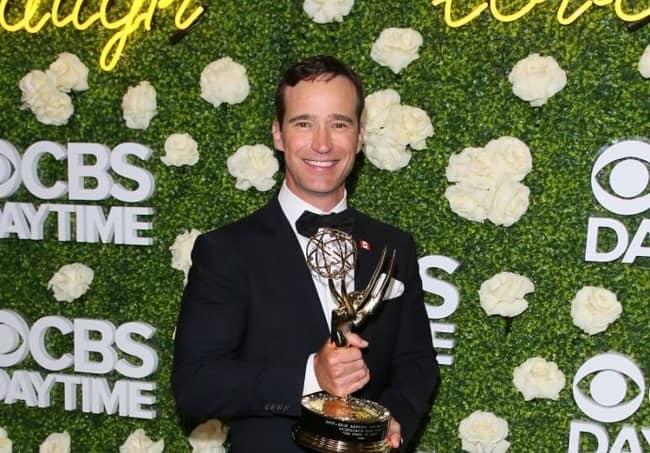 Caption: Mike Richards posing for a photo with his award (Source: Market Realist)

As a television personality, he earns a decent sum of money. As of now, his net worth estimates at around $6 million, and his income and salary are unknown.

Mike married Stephanie Richards. Moreover, the couple is blessed with two sons whose names are unknown. Their exact married date and place are unknown. 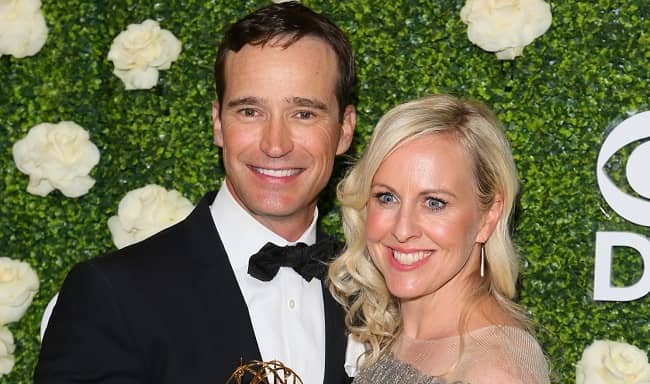 In 2010, he was the target of a wrongful termination lawsuit. Brandi Cochran who is a model on ‘The Price Is Right,’ claimed that CBS and FremantleMedia discriminated against her when she became pregnant with twins and fired her. Mike made a deflated statement about her pregnancy at a 2008 party, according to The Hollywood Reporter. The Anti-Defamation League has also demanded that his record of insulting remarks be investigated.

This producer is 5 feet 8 inches tall and weighs around 75 kg. Moreover, Mike has brown hair with brown eyes and his body measurement are 34-30-15 inches.