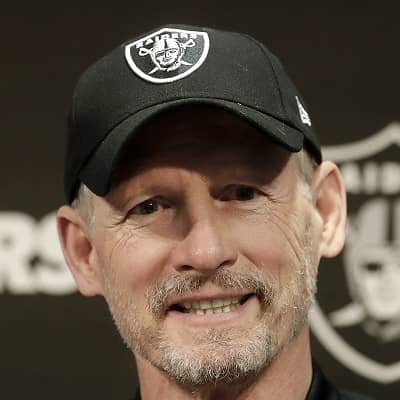 Mike Mayock was born on August 14, 1958, and he is currently 62 years old. Mike hails from Philadelphia, Pennsylvania, and his zodiac sign is Leo. His full name is Michael Francis Mayock. 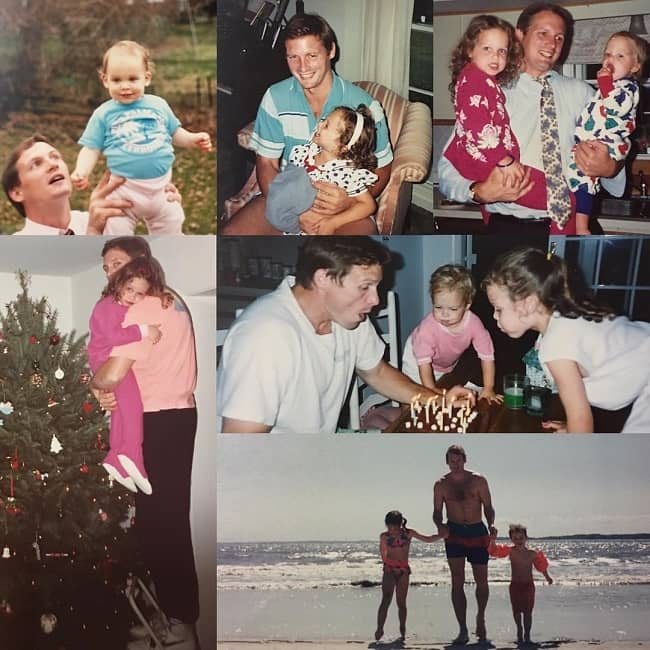 Professionally, Mike Mayock is a popular former football player. At present, Mike is a well-known football executive, who is the general manager of the Las Vegas Raiders. This team plays for the National Football League (NFL).

Likewise, Mike was a safety with the New York Giants of the NFL. He was also a draft analyst for the NFL Network. Further, the former player was also a game analyst for NBC’s coverage of Notre Dame football.

The Pittsburgh Steelers selected Mike Mayock in the 10th round of the 1981 NFL Draft. Mike was the 265th overall pick. Likewise, the former player was waived during the 1st roster cuts back on August 18, 1981. After his release, the former player signed with the CFL’s Toronto Argonauts. Later on, Mike returned to the NFL with the New York Giants for the football seasons in 1982 and 1983.

Moreover, in 1982, Mike played in the 1st two games of the season. After the players’ strike, the players returned on November 21. At the time, Mike tore his rotator cuff in a game against the Washington Redskins. Furthermore, the former footballer underwent arthroscopic knee surgery in 1983. 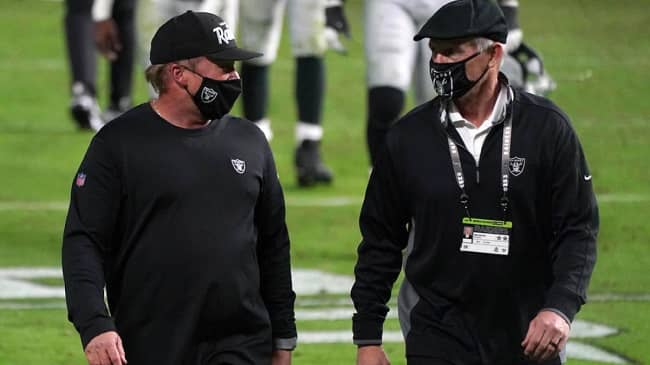 Later on, Mike went to ESPN. There, the former footballer was an analyst and sideline reporter. It was for the cable network’s coverage of the Canadian Football League as well as college football from 1993 to 1995. Mike then moved to CBS Sports in the year 1996. There, Mike was a member of SEC on CBS’ broadcast team. During this time, Mike worked as both a game analyst and lead sideline reporter.

Moreover, Mike was also a reporter for CBS. Mike covered the NCAA basketball tournament in the years 1997, 1998, and 1999. A year later in 2000, Mike moved to Fox Sports Net. There, Mike called college football action. Then from 2001 to 2004, Mike was a college football analyst for ABC Sports.

Likewise, Mike was the color commentator for the Minnesota Vikings preseason games. Then from 2015 to 2018, Mike commentated on the Philadelphia Eagles preseason TV broadcasts. For this, Mike worked alongside play-by-play announcer Scott Graham as well as sideline reporter Dave Spadero.

Furthermore, Mike was also an analyst for NFL Network. The former footballer was also the host of the show Path To The Draft. It was during the draft season and Mike was a draft guru. In 2010, Mike worked alongside Tom Hammond for NBC’s coverage of Notre Dame football.

The duo later worked together to call NBC’s coverage of the Wild Card playoff game. This game was between the New Orleans Saints and Seattle Seahawks.  Later, on January 5, 2012, Mike commentated the AFC Wild Card game. It was the game between the Cincinnati Bengals and Houston Texans.

Although Mike Mayock is a married person, he has shared very little about his family life. Mike has two biological children namely daughter Leigh and son Mike. Similarly, Mike also has two step-children namely Mackenzie and Jack Miles. His son, Mike, was a footballer at Villanova. 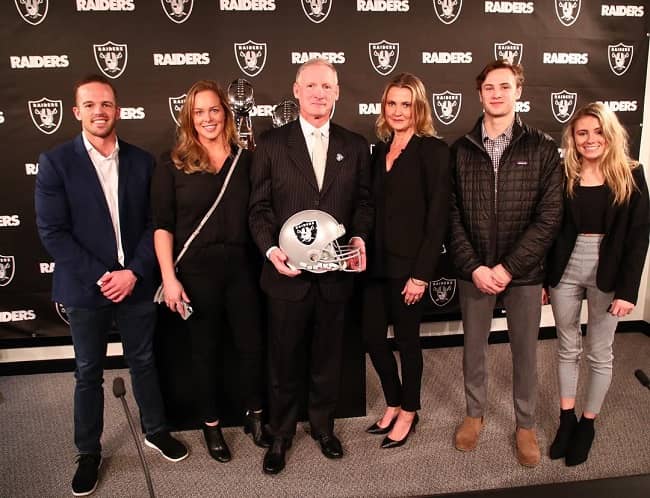 Caption: Mike Mayock posing for a photo with his family. Source: Instagram

Mike Mayock’s listed height is 6 feet 2 inches or 1.88 meters and his listed weight is 195 lbs or 88 kgs. Other than this, there is no information regarding Mike’s other body measurement details like his chest-waist-hip measures, dress size, shoe size, biceps, etc. Moreover, Mike has blue eyes and blonde hair color.