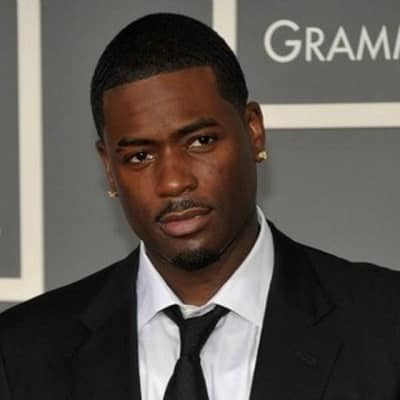 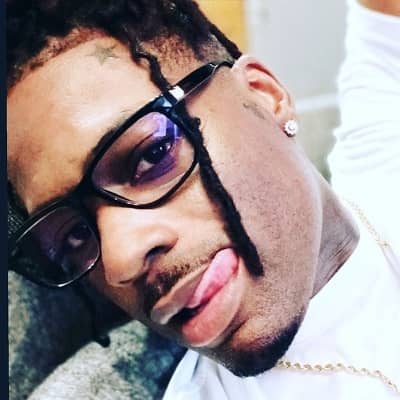 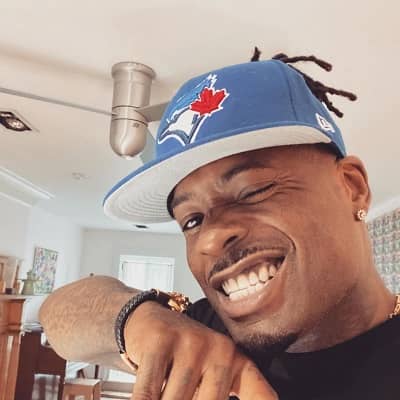 Mickey Memphitz Wright was born on December 10, 1984, and he is currently 36 years old. His hometown is Tennessee, USA, and his zodiac sign is Sagittarius. Likewise, his birth name is Mickey Wright Jr. There is no verified information regarding Mickey’s educational journey.

Although he has not mentioned their names, he has shared a few photos featuring his family members. Talking about his father, Mickey’s father was brutally murdered by a KKK member in his hometown of Memphis. Even to this day, his mother is fighting for the justice of his father. 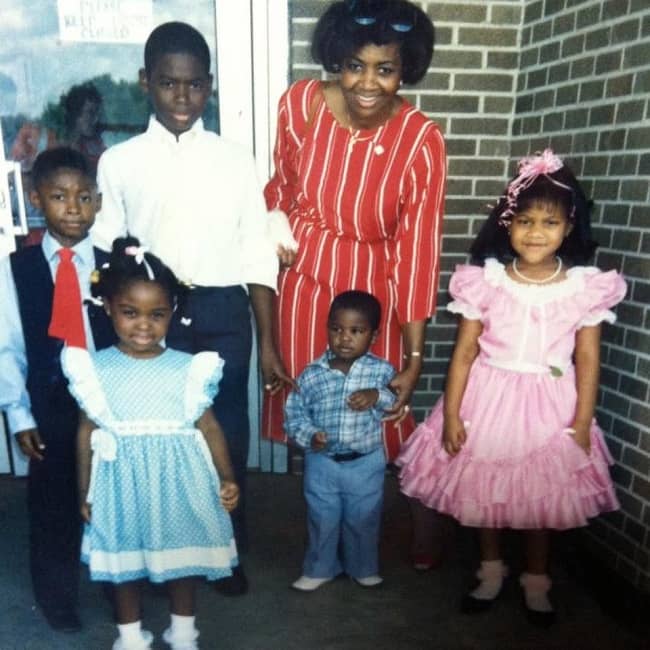 Caption: Mickey Memphitz Wright in a childhood photograph with his family. Source: Instagram

Mickey Memphitz Wright is famous as an executive in the music industry. He is recognized for signing rapper T-Pain among several others. Likewise, he is the owner of the label “Hitz Committee Records”. Prior to his success, he was an intern at Arista Records. The executive hosted The Deal on BET previously.

Furthermore, he also works as Senior Vice President of A&R at Jive Records. Besides his own career, he Memphitz is also famous as the ex-husband of Toya Johnson. Toya is a well-known reality TV personality, author, rapper, and businesswoman. Likewise, Mickey’s ex-wife is originally from New Orleans, Louisiana, and is the second child of Walter Andrews and Anita Johnson.

Talking more about Mickey’s ex-wife’s professional life, Toya and Tameka “Tiny” Harris starred on Tiny and Toya, a reality show on BET. This was back in the year 2009. Likewise, Mickey’s ex-wife authored a book called Priceless Inspirations. She is also the author of a memoir titled In My Own Words…My Real Reality, How to Lose a Husband, and You Just Don’t Get It. Toya authored the last book with her daughter, Reginae Carter.

Moreover, Mickey’s ex-wife owns a boutique called G.A.R.B. It is located in New Orleans, Louisiana. Likewise, Toya also owns GARB Shoetique in Smyrna, Georgia. Mickey’s ex-wife then appeared in Toya: A Family Affair in 2011. It is her own reality show on BET.

Mickey Memphitz Wright is currently in a romantic relationship. His lover goes by the Instagram username @keeepitji. However, her full name is not mentioned. He also has a daughter named Mikkya Arie.

Previously, he was married to Toya Johnson, a.k.a. Antonia “Toya” Johnson. The two tied the knot on June 18, 2011, in Atlanta. Their guests included rapper Rasheeda, Kandi, Tameka “Tiny” Harris, Lauren London, Nivea, Monica Brown, and Tamar Braxton among other celebrity personalities. However, the couple separated after around 4 years of marriage. The news about their separation was confirmed in February 2015.

Moreover, he is also the former boyfriend of Kimberly Michelle Pate (K. Michelle). She is a popular R&B singer, songwriter, and TV personality. Moreover, Mickey’s ex-lover is also a cast member in Love & Hip Hop. 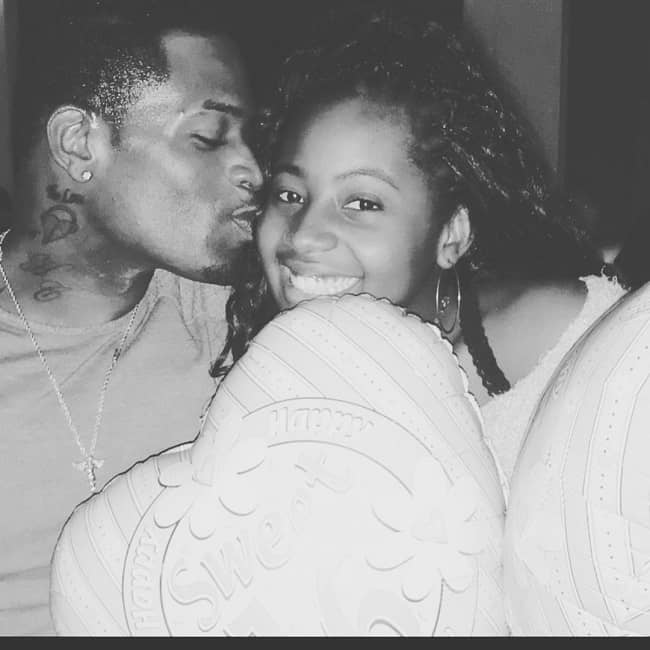 Caption: Mickey Memphitz Wright posing for a photo with his daughter. Source: Instagram

During an episode of the aforementioned show, K.Michelle admitted the physical abuse she endured during her love affair with Memphitz.

K. Michelle was an artist signed to Mickey’s Hitz Committee Record label. She subsequently admitted that him beat her to the point of burns and bruises. This supposedly left scars on K. Michelle’s body. However, he completely denies these claims of abuse even to this day.

As a part of his denial, Memphitz has officially taken this drama to courts. The executive of Hitz Committee Records says that he and his family has suffered tremendously while VH-1, Monami Ent., and the other companies provided a worldwide platform for K. Michelle to repeatedly assassinate his character. He filed this case on the court to compensate for the irreparable damage that K. Michelle’s false claim has done to his reputation and also to deter these companies from doing such future harm to others.

Mickey Memphitz sued K. Michelle, Viacom International, Monami Entertainment, and NFGTV Inc. He sued them approximately $1 per viewer per show for damages that stem from the defamatory statements and denigrating actions of K. Michelle.

However, Memphitz lost the defamation battle. The Hitz Committee Records executive admitted to a physical confrontation with K. Michelle in a Memphis hotel in 2009. He also acknowledged that he spent money from Jive Records’s budget for jewelry. He also sent text messages threatening to murder K. Michelle’s son.

Details on how Memphitz put a pillow over K. Michelle’s mouth to quiet her were also made public. This proof justified how K. Michelle was felt like he was trying to kill her.

Mickey Memphitz allegedly pulled a gun on a Johns Creek car wash worker. Five days after this incident, the executive turned himself in. Fulton County jail records show that he was booked on charges of aggravated assault and armed robbery. 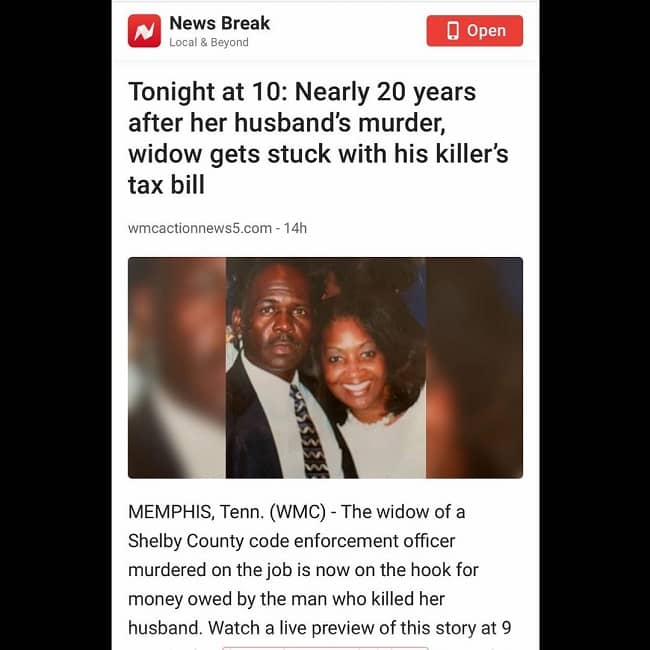 Mickey Memphitz Wright has a height of 184 cms or 6 feet 1 inch and his weight is around 76 kg or 167 pounds. Likewise, Memphitz has dark brown eyes and hair of the same color.

Talking about his social media presence, Mickey Memphitz Wright is available on Instagram under the username @therealmemphitz. He also joined Twitter in March 2009 and so far has over 172.7K followers as of May 2021. Moving on, he has a net worth estimation of approximately $10 million.