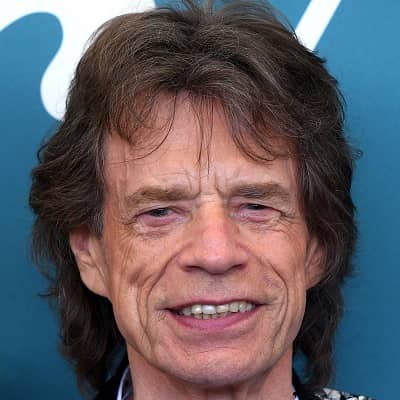 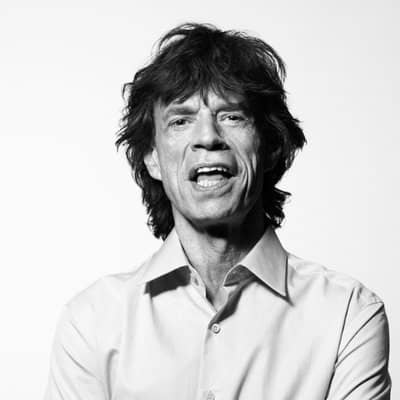 Mick Jagger is a singer and songwriter from England. Moreover, Mick Jagger is best known as the lead vocalist and one of the founding members of the rock band Rolling Stones.

Sir Michael Philip Jagger best known as Mick Jagger was born on the 26th of July 1943, in Dartford, Kent, England. According to his date of birth, he is 79 years old and holds English nationality. 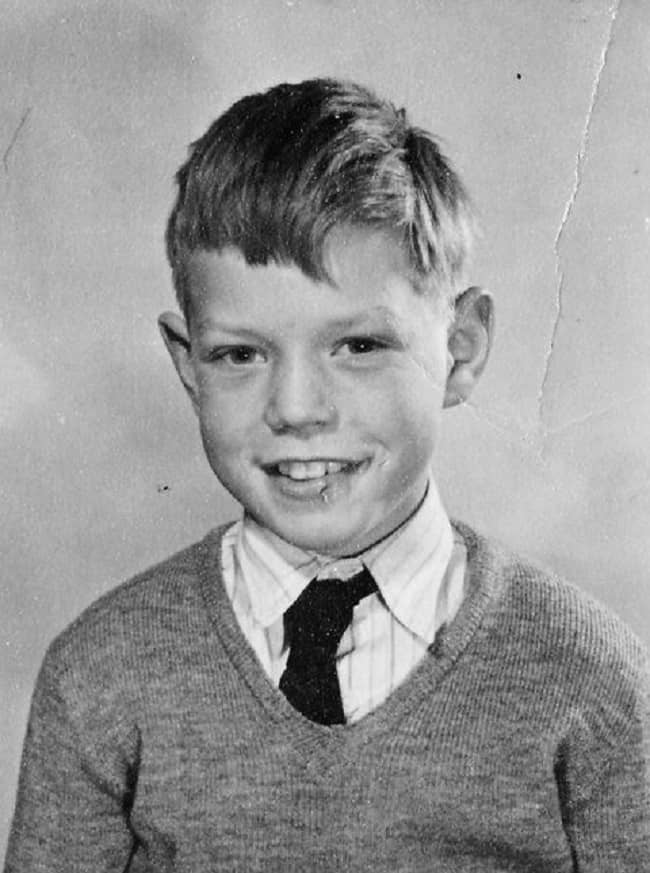 Moreover, Jagger has a birth sign of Leo and believes in Christianity. He is the son of Basil Fanshawe Jagger (father) and Eva Ensley Mary (mother).

Professionally, his father was a teacher and his mother was a hairdresser and a member of the Conservative Party. He grew up with his younger brother whose names is Chris Jagger, a musician.

Talking about his academic qualification, he studied at Wentworth Primary School, where he was a classmate of Keith Richards. He went to Dartford Grammar School as well. Later, he enrolled in the London School of Economics to become a journalist or politician.

Mick Jagger began singing as a youngster and was a member of the church choir. Later, he became interested in R&B music, and at the age of 14, he bought his first guitar. Soon after, he and his friend Dick Taylor formed the band Little Boy Blue and the Blue Boys.

The Rolling Stones began in 1962, with Mick Jagger as lead vocalist, Keith Richards on guitar, Brian Jones on guitar and keyboard, Ian Stewart on piano, Dick Taylor on bass, and Tony Chapman on drums. 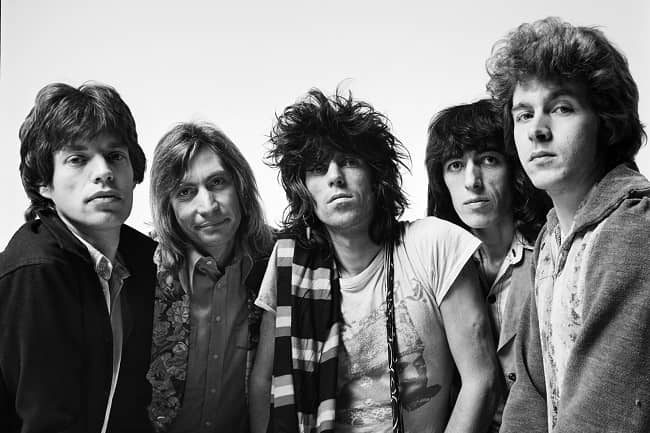 Charlie Watts joined the band as drummer in 1963, and Dick Taylor was replaced by Bill Wyman. Initially, the band produced a lot of cover versions of other’s songs. In 1964, ‘The Rolling Stones,’ released their debut self-titled album.

Solo career and returned to the Band

He dedicated all of his effort to a solo career in 1985, releasing his debut solo album, ‘She is the Boss.’ However, it was not as popular as his previous albums with The Rolling Stones.

In 1987, he released his second solo album, “Primitive Cool” but it was again a commercial flop. Later, in 1989, Jagger and Richards agreed to reunite, and “The Rolling Stones” returned with the album “Steel Wheels,” which debuted at Number 3 on the US album charts.

In 1993, he released his third solo album, “Wandering Spirit” which charted at Number 12 in the UK and Number11 in the US. “Goddess in the Doorway” his fourth and last solo album, was released in 2001, and included the smash single “Visions of Paradise.”

The Rolling Stones’ A Bigger Bang Tour earned $437 million in 2007, earning them a spot in the 2007 edition of Guinness World Records for the most profitable music tour. He played “Gimme Shelter” with Fergie and will.i.am, as well as “Stuck in a Moment You Can’t Get Out Of” with U2 during the 25th Anniversary Rock & Roll Hall of Fame Concert in 2009.

Performing in the White House 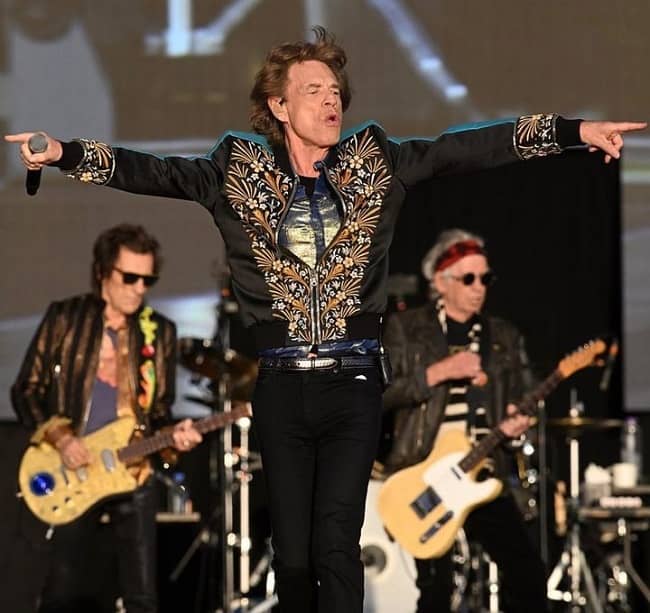 He appeared with the Rolling Stones at 12-12-12: The Concert for Sandy Relief on December 12, 2012. In 2013, the band also performed at the ‘Glastonbury Festival.’  In 2013, he collaborated with his brother Chris Jagger on two new duets for his album “Concertina Jack” released to celebrate the 40th anniversary of his first album.

He co-produced the James Brown biography “Get On Up” with Martin Scorsese, Rich Cohen, and Terence Winter in 2014. Moreover, this singer released the double A-side single “Gotta Get a Grip” / “England Lost” in July 2017. In Giuseppe Capotondi’s thriller “The Burnt Orange Heresy” this man played an English art dealer-collector and patron.

In his musical, he has earned name, fame, money, and awards. The Rolling Stones band was included in the Rock and Roll Hall of Fame in 1989. He was awarded in 2002 for his contributions to music.

For “Crossfire Hurricane” he received a FOCAL International Award in the category of Best Use of Footage in a Production Featuring Music in 2013. He was also nominated for two Grammys in 1984 and 2016.

Being the lead singer of the rock band Rolling Stones, he has collected a huge sum of money in his career. As of 2022, his net worth estimates at around $500 million, and his average salary is still unclear.

Mike Jagger has only been married once, but he has had multiple previous relationships. Jagger was in a relationship with Marianne Faithfull, an English singer, songwriter, and actress, from 1966 to 1970.

From 1969 to 1970, this man was also linked with Marsha Hunt. Karis Hunt Jagger, his daughter with Marsha, was born on November 4, 1970.  After a while, this singer began dating Bianca Pérez-Mora Macias, a Nicaraguan model, and socialite.

On May 12, 1971, the pair married, and on October 21, 1971, their daughter Jade Sheena Jezebel was born. The couple divorced in 1978 after separating in 1977.  Even though he is still married to Bianca, he has been seeing an American model named Jerry Hall. On November 21, 1990, the two married in an unauthorized ceremony in Bali.

Their marriage ended in 1999 after Hall found he had an affair with model Luciana Gimenez Morad, and he became the father of Morad’s son, Lucas Maurice Morad. From 2001 through 2014, he was also romantically connected to fashion designer L’Wren Scott.

Jagger stands 5 feet 10 inches tall and weighs around 73 kg. Moreover, he has blue eyes with dark brown hair color, and his body measurement measures 38-33-13 inches. Likewise, he wears a shoe size of 12 US.