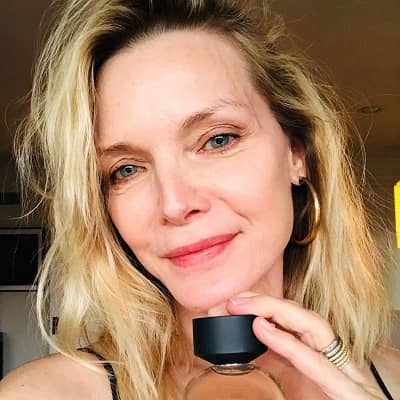 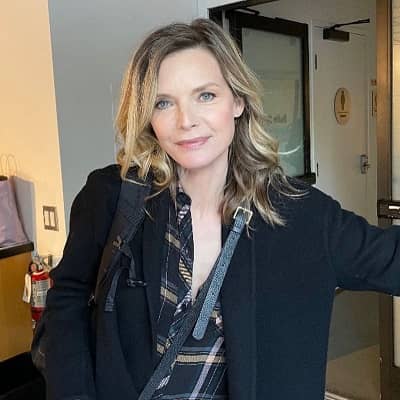 Michelle Pfeiffer happens to be a famous American actress. Michelle Pfeiffer has gained fame for her versatility and the ability to portray her character’s true emotions. Likewise, she has given stunning performances in Batman returns, Dangerous minds, What lies Beneath, Ant-man, and Hairspray.

Michelle Pfeiffer was born in the year 1958 and celebrates her birthday on the 29th of April every year. Likewise, she is 63 years old at the moment. In addition, she was born in Santa Ana, California, USA. Moreover, the actress belongs to American nationality and was born under the star sign Taurus.

Moving on towards the family background of the celebrity actress, she was born to Richard Pfeiffer and Donna Pfeiffer. Her father happens to be an air-conditioning contractor and her mother was a homemaker.

Talking of siblings, she has an elder brother named Rick and two younger sisters as well. Their names are Dedee and Lori. The gorgeous actress grew up with her siblings in Midway city.

Reflecting upon the educational background of the celebrity actress, she first went on to attend Fountain Valley High School. She graduated from High Schook in the year 1976.

After her high school graduation, she went on to attend The Golden West College. While in college, she studied reporting and journalism. However, she later developed an interest in acting and decided to pursue a career in acting.

Michelle Pfeiffer happens to be a famous and successful actress. Though she is known for her beauty, it is her acting abilities that have won her global attention and reputation. This blue-eyed beauty wanted to be a court reporter until she started doing modest roles on TV and in advertisements. Likewise, She got her start in sitcoms like ‘Fantasy Island,’ ‘Delta House,’ and ‘B.A.D. Cats,’ playing minor roles.

Further, She played the character of ‘Sue Wellington’ in the romantic comedy film ‘Falling in Love Again’ in 1980. She also appeared in ‘The Hollywood Nights’ that year. She had a brief role in Clive Donner’s film ‘Charlie Chan and the Curse of the Dragon Queen’ in 1981. In Los Angeles, she studied acting at the ‘Beverly Hills Playhouse.

In 1983, she received her first big break in the gangster picture ‘Scarface.’ She appeared in the fantasy film ‘Ladyhawke,’ starring Matthew Broderick and Rutger Hauer, in 1985. 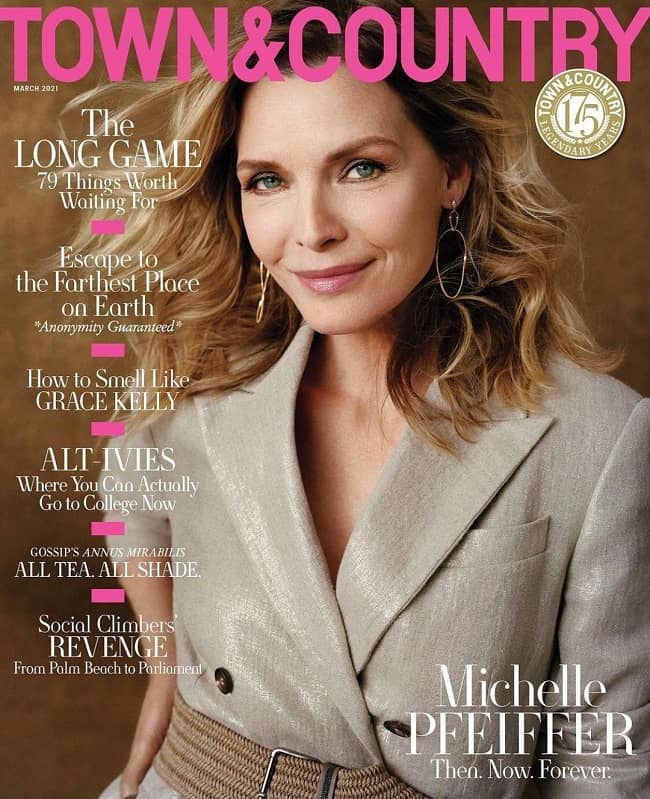 Caption: Michelle on a cover of a magazine(source: Instagram)

Similarly, She starred in the comedy-fantasy film ‘The Witches of Eastwick’ in 1987. She won an award for her role as ‘Angela de Marco’ in ‘Married to the Mob’ in 1988. She starred in the 1990 film ‘The Russia House,’ which was based on John le Carre’s novel of the same name. In order to play ‘Katya Orlova,’ she had to assume a Russian accent.

In 1993, she starred as Countess Ellen Olenska in Martin Scorsese’s film ‘The Age of Innocence,’ which was based on Edith Wharton’s novel of the same name. The actress also starred in the financially successful film ‘Hairspray’ in 2007. In 2018, she made her ‘Marvel Cinematic Universe’ debut as ‘Janet Van Dyne in the film ‘Ant-Man and the Wasp.’ In Marvel’s ‘Avengers: Endgame,’ she reprised her role as ‘Janet Van Dyne’ (2019).

The gorgeous actress is a married woman. Likewise, she first married Peter Horton in the year 1982. However, they divorced in the year 1990. She later dated Fisher Stevens and also dated David E Kelly. Likewise, David and Michelle married each other in the year 1993. She also has an adopted daughter named Claudia Rose Kelly and a son named John Henry. 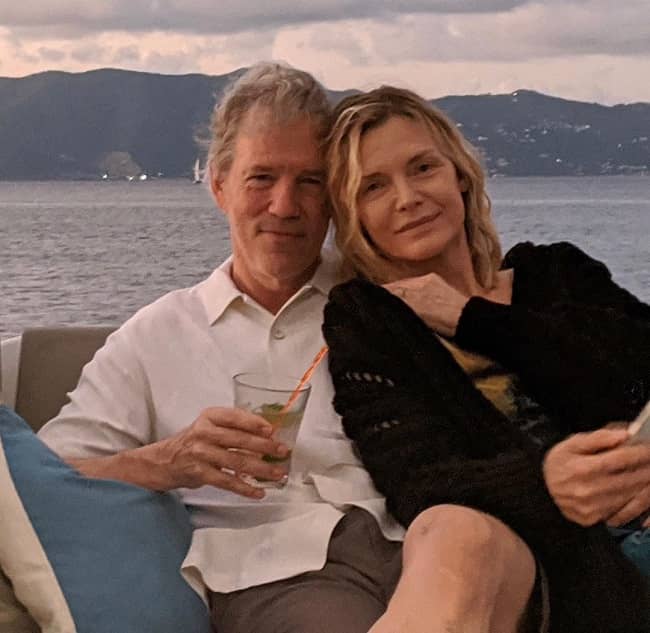 Talking of her body measurements, the beautiful actress has a decent height and weight. In addition, she stands tall at 5 feet 7 inches and weighs over 55 kg. Similarly, her body measurements(chest-waist-hips) are 33-24-35 respectively. She also has a pair of gorgeous blue eyes with blonde hair.

As of now, the actress has a huge social media presence. She is only active on Instagram. The gorgeous actress has over 2.1 million followers on her Instagram.