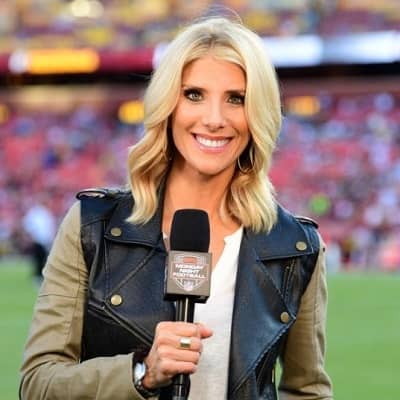 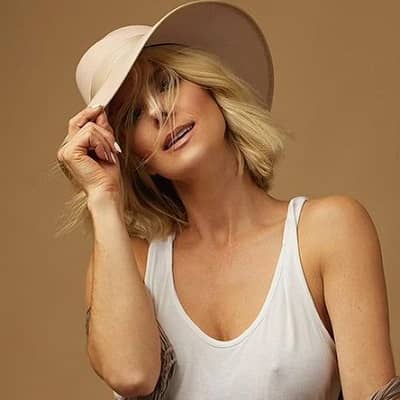 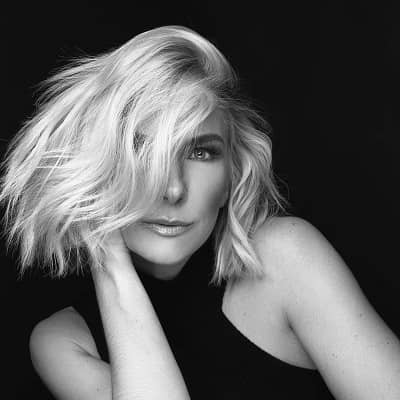 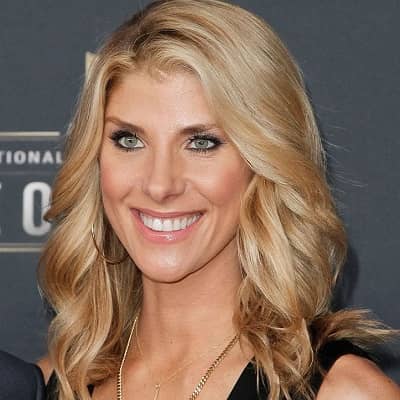 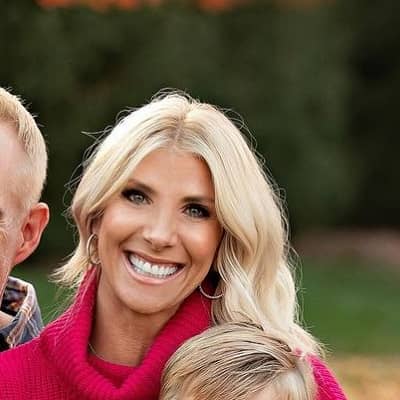 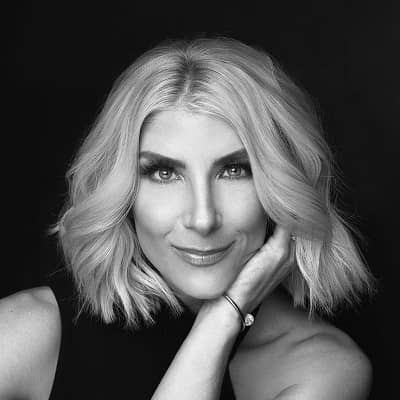 Michelle Beisner-Buck was born on 15 October 1976 and she is currently 45 years old. She is originally from Denver, Colorado, and her zodiac sign is Libra. Talking about her education, she attended Green Mountain High School.

Likewise, her mother’s name is Mary Wright and her father’s name is Warren G. Beisner. Sadly, her father passed away recently in April 2022. Likewise, she has a brother named Andrew Beisner (@aybyz). 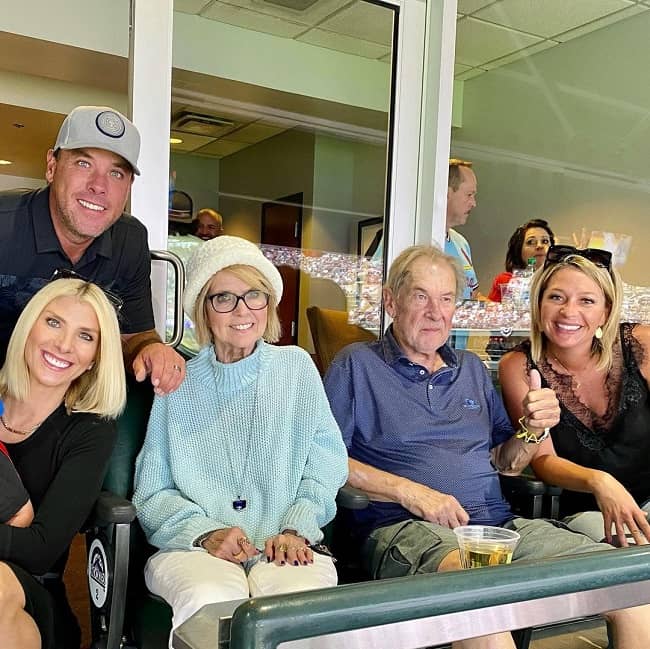 Caption: Michelle Beisner-Buck posing for a photo with her family. Source: Instagram

Professionally, Michelle Beisner-Buck is a reporter working for ESPN. Prior to this, she was a National Football League (NFL) cheerleader, dancer, and actress. As a reporter for ESPN, Buck features reports for Monday Night Football as well as its pregame show Monday Night Countdown.

Before her job at ESPN, Buck was an NFL Network personality. As such, she hosted NFL Weekly Countdown as well as NFL Network Now. Additionally, she served as a field reporter for NFL Total Access and NFL GameDay Morning. Furthermore, before she became a media personality, this personality was a cheerleader for the NFL team Denver Broncos.

Moreover, before she worked for NFL Network, this reporter worked as a pit reporter for the Champ Car World Series on ESPN. Also, she hosted The Turbo Tour which aired on the Speed Channel. Additionally, this personality worked as a feature/field reporter for The Best Damn Sports Show as well as hosted the Grand Prix of Denver. 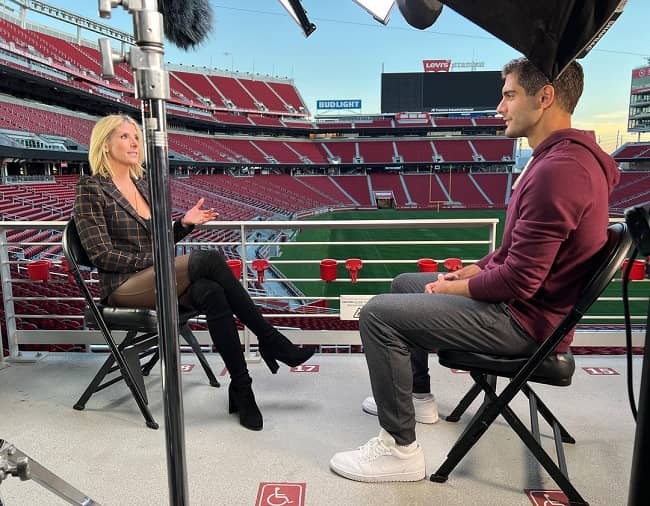 Likewise, Buck was the co-host of The Vista which airs on Altitude Network. This personality was also the entertainment emcee for the Denver Nuggets, Colorado Avalanche, as well as the Colorado Mammoth. Alongside these, Buck also worked in various reporting capacities for channels like CBS, Fox Sports Net, NBC, Comcast, ABC, Speed Channel, and ESPN.

Also, this personality has acted in the feature films Alice and Wasteland, Any Given Sunday, and Throttle. Prior to her involvement in film and TV, this reporter had 15 years of dance training. Similarly, she was also a member of the Denver Broncos cheerleaders. As such, this personality served as squad captain for 4 of her 6-year tenure.

Furthermore, this personality was the Pro Bowl representative in the year 1999. As such, she traveled to places including South America, Canada, Australia, and Hong Kong. In these places, this personality performed and taught dance.

Moreover, this talented personality was also a part of the USO tour in Iraq and Africa. There, Buck emceed and danced for the American troops. She also sang/danced, co-created, produced, as well as starred in Dollhouse Revue. It is a Denver-based burlesque show that features former Broncos cheerleaders.

Furthermore, the lovers tied the knot on 12 April 2014. Together, the lovely couple has twin boys and they welcomed the boys on 26 April 2018. Their twin sons’ names are Wyatt Joseph Buck and Blake Andrew Buck. Talking about her husband’s past relationship, Joe was the husband of Ann Archambault from 1993 to 2011. With Archambault, her husband has two daughters. Therefore, through her marriage to Joe, she has two step-daughters namely Natalie and Trudy. 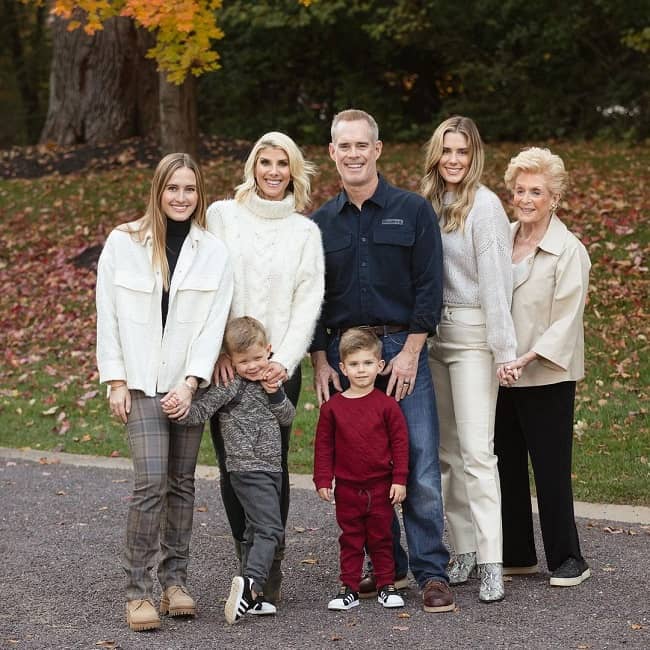 Michelle Beisner-Buck stands tall at an approximate height of 5 feet 7 inches or 170 cm and her weight is around 60 kgs or 132 lbs. Likewise, this reporter has a chest-waist-hip measurement of 34-27-35 inches respectively. Beisner-Buck has blonde hair and beautiful green eyes.

Michelle Beisner-Buck joined Twitter in June 2009 and so far has more than 77.9K followers on her @MichelleBeisner account. Likewise, she is available on Instagram under the username @michellebeisner. As of April 2022, this account has garnered over 30.9k followers. Besides these, the reporter doesn’t have profiles on other platforms like Facebook, Youtube, Tiktok, etc. Moving on, she has a net worth of around $3 million US dollars.