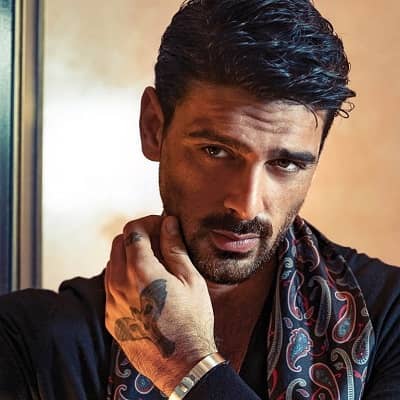 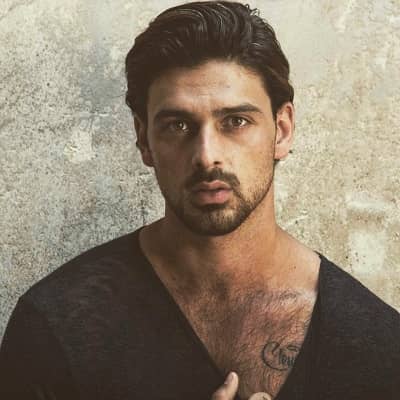 Michele Morrone is a very famous Italian actor, model, singer, and fashion designer who has shown his presence in both Italian and Polish movies. Michele Morrone has earned international fame after playing the role of Massimo Torricelli in 2020 very romantic movie “365 Days”. Moreover, he also owns a clothing brand, has endorsed numerous brands, and also has made an album.

The talented actor was born on October 3, 1990, in Bitoni, Italy, and is 30 years old. So, he holds an Italian nationality and follows Christianity. He is the only son and the youngest child in his family. It means that he has three older sisters. Sadly, his father died in 2003 when Michele was just 12 years old. His name was Natale and was working as a construction worker. Similarly, his mother, Angela was a seamstress. They both were from Bitono but later they went to Melegnano when their kids were young in the search for better job opportunities.

Michele made a decision to become an actor after he watched a movie, Harry Potter when he was just eleven. Then at his middle school, he started acting in an after school program. Morrone had to restudy his High School’s 1st year after being out of the school because of his bad actions. He then learned professional acting in a playhouse in the city of Pavia, at the Teatro Fraschini di Pavia. 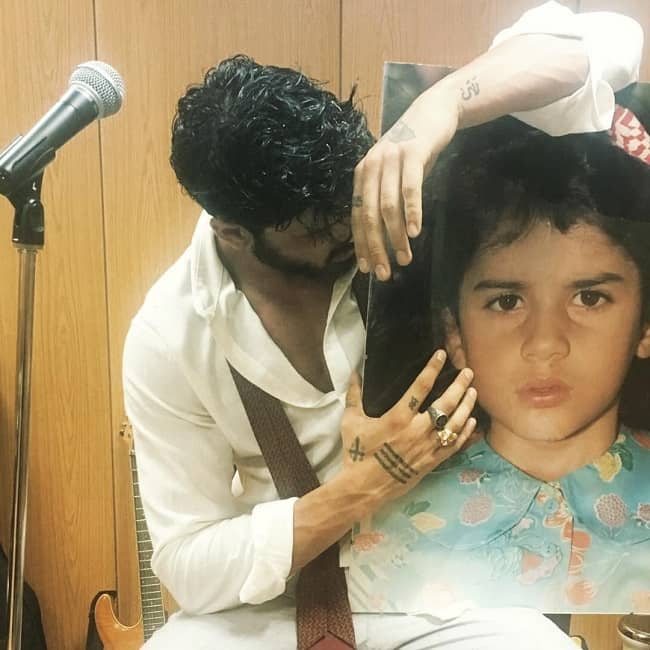 In the year 2011, the actor’s career as an actor started by portraying the role of Riccardo in a three-episode web series “Second Chance” whose director was Piergiorgio Seidita. Unfortunately, the series was stopped after just 1 season. Then, he was present in a music video made by the Italian girl band, Makay, in 2012. After collecting some experiences in the industry, he began to act as the leading characters in various short movies. He was also acting in “Il Tempo di una Sigaretta and E la Vita Continua”. Likewise, he was present in a drama show, “Che Dio ci Aiuti”.

Massimo Torricelli is who is a mafia crime boss. The movie was out in the theatres of Poland on 7 February 2020. Then, it was also eventually available on Netflix after 7 June 2020. The actor made a deal with a 3 years contract with the production company and now he will be starring in 2 more films to finish the trilogy. Apart from his acting career, Morrone is also a professional singer and guitarist. He learned how to play the guitar when he was twenty-five years old from watching YouTube videos. Morrone took out an album “Dark Room”, which has a number of songs presented in the official 365 dni soundtrack.

The album also adds one of his most popular songs, “Feel It”, in which actress Anna Maria Sieklucka (Laura Biel) can be seen, from the movie, in its music video. It was officially out on 14 February 2020 and was set off by label company AGORA S.A. After all his hard work, Morrone also got into YouTube on 16 January 2020. He already has more than a million subscribers and overall 104 million views on his YouTube channel (as of 8 August 2020). His most viewed video on his channel is the “Feel It” music video. It has collected 51 million views.

Moreover, Morrone set up a women’s beachwear clothing brand “AurumRoma” on 2 August 2020. On 8 August 2020, he formed the company’s creation through an Instagram live story. Soon after the declaration, the clothing brand’s website crashed because of the heavy traffic. Adding more, Morrone also creates his own designs in cooperation with Chiara Pollano, a fashion designer. As of now the owner of the company is Michele Morrone and Spazio Arcó company runs it. Apart from his career and professional life, the actor is fond of tattoos and loves horse riding as well. 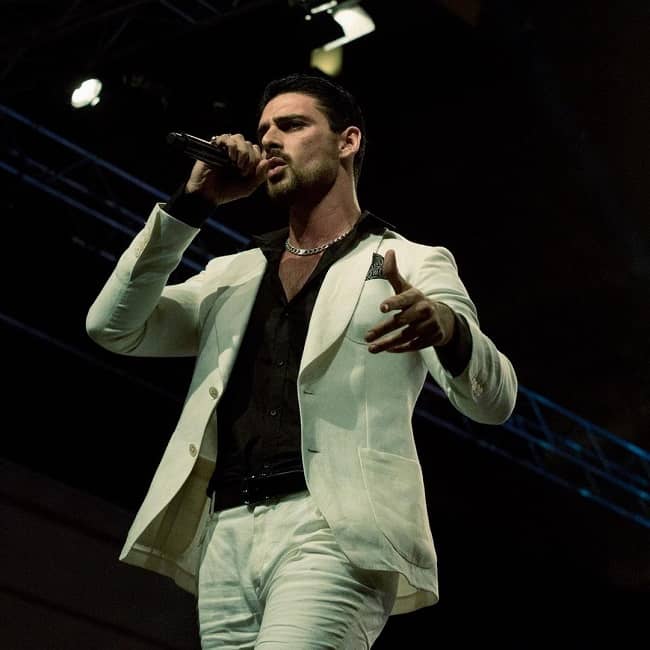 Being an internationally popular personality, he obviously has an excellent net worth. The actor’s net worth is between $1 million to $5 million. His primary source of income is from his career as an excellent actor, singer, model, and fashion designer. Moreover, he also earns a good amount of wealth for his shows and also from his endorsed brands like Dolce and Gabbana, Falconeri, and many more.

The actor was married to Rouba Saadeh, a Lebanese stylist, in the year 2014. The couple had a civil wedding in Italy, and Lebanon with familiar ceremonies of twenty guests. Their marriage was kept away from the media until 2016. From the marriage, Morrone became a dad at the age of twenty-three. He has 2 sons, Marcus born in 2014, and Brando born in 2017. The couple was doing well until 2018 when they got divorced. They were together for almost 8 years before their divorce. However, they seem to be in touch with each other. Like his marriage, his divorce was also kept secret from the public for some time.

In the year 2019, Italian magazine Chi presented some pictures of Morrone with Elena D’Amario who is an Italian ballet dancer, saying that he was cheating Saadeh. After the images were publicly out, Morrone protected himself via an Instagram post, saying that he and Rouba were already separated their ways and had already divorced each other. In February 2020, Michele, in his Instagram account, announced that a year and a half ago, he wanted to take a break from his acting career. And the reason was the depression he was suffering from, after the divorce from his wife. Then, he went to a village with a thousand residence and started working as a gardener there. 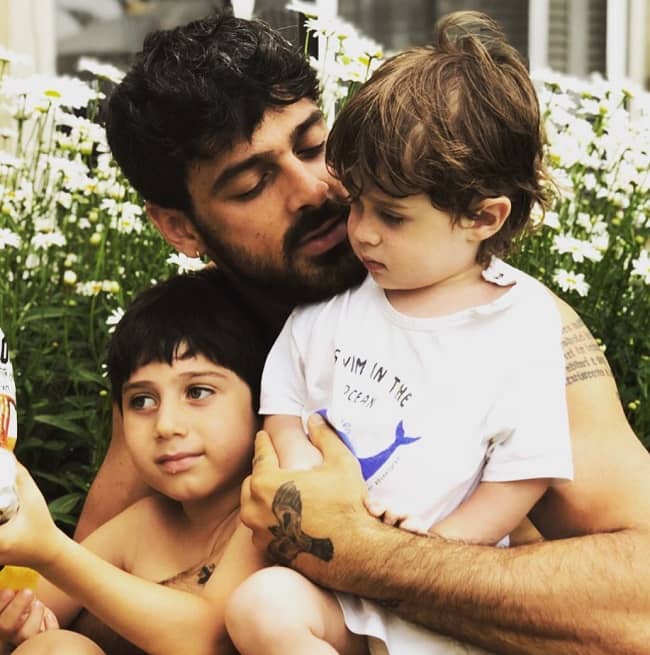 Coming to the actor’s physical appearance, people admire him as the perfect guy. He has a good height of 6 feet 3 inches. Similarly, he has brown eyes with black hair. In addition, he has got many tattoos on his body. There is a skull-and-bird tattoo on the back of his left hand and some words are also there on his left arm. On the other arm, he has 1 more tattoo and has also got 1 on his left wrist. Also, on his chest, there is a tattoo of the word ‘cloud’. On the right wrist, his father’s death day is there as well, and many more. He seems to be a fitness freak as well as he has a very muscular body type.