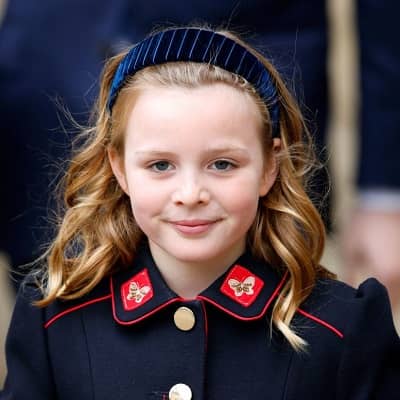 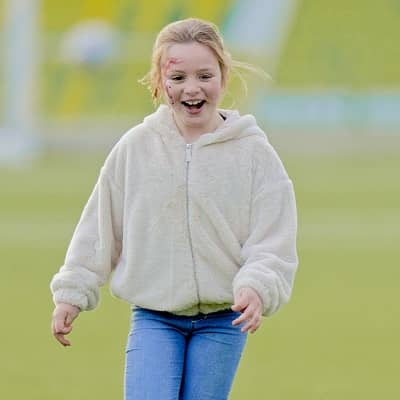 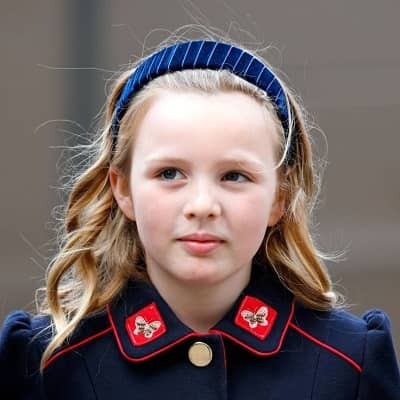 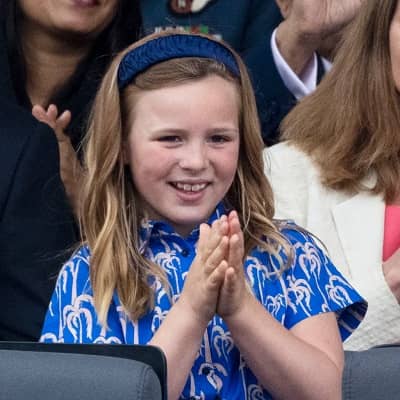 Mia Tindall is a British royal family member. Mia Tindall gained fame as the 4th great-grandchild of the late Queen Elizabeth II and Prince Philip as well as the 3rd grandchild of Anne, Princess Royal, and Captain Mark Phillips.

Mia Tindall was born on 17 January 2014 and is currently 8 years old. Mia was born at Gloucestershire Royal Hospital and is 21st in the line of succession to the British throne. Similarly, this personality was christened on 30 November 2014 at St Nicholas Church in the village of Cherington. Moreover, her full name is Mia Grace Tindall. 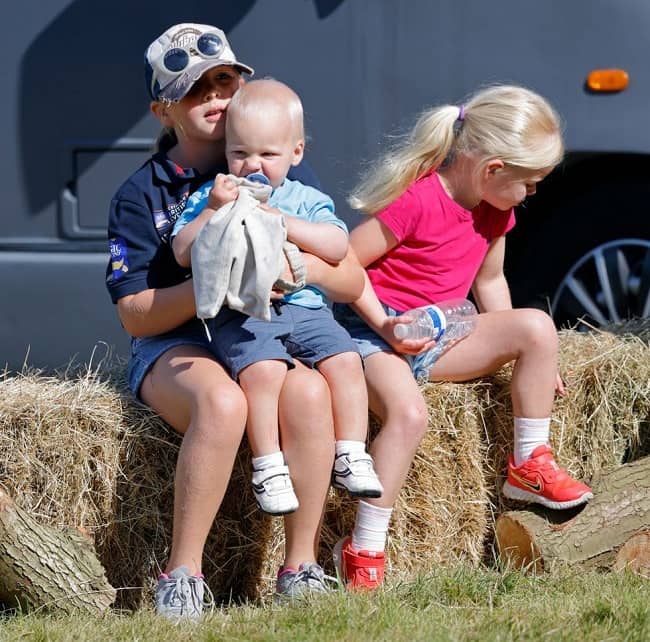 Caption: Mia Tindall in a photo with her siblings. Source: Town and Country Magazine

Mia Tindall gained fame as 4th great-grandchild of the late British monarch Queen Elizabeth II and Prince Philip, Duke of Edinburgh. Moreover, she is also famous as the 3rd grandchild of Anne, Princess Royal, and Captain Mark Phillips. In April 2022, Mia was spotted at the Burnham Market International Horse Trials in Norfolk where her mother Zara was competing. 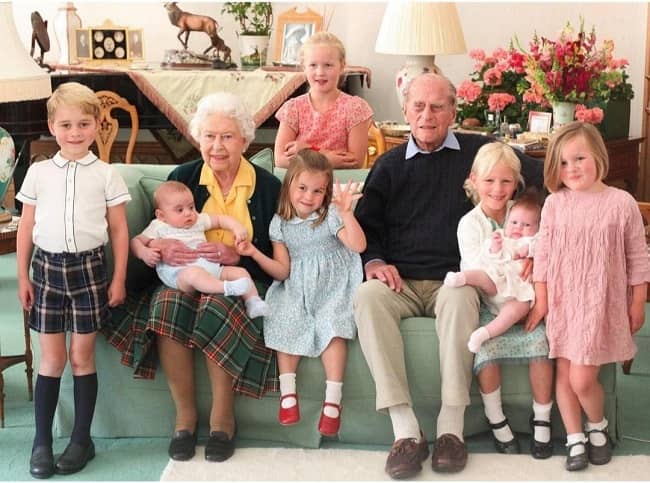 Caption: Mia Tindall and her cousins posing for a photo with the late Queen Elizabeth II and Prince Philip. Source: Within Nigeria

Further, Mia’s mother won the Eventing World Championship in Aachen in 2006. The same year, the public voted her mother the 2006 BBC Sports Personality of the Year. Similarly, her mother carried an Olympic flame at Cheltenham Racecourse on her horse Toytown in 2012.

As a member of the Great Britain Eventing Team, Mia’s mother won a silver medal at the 2012 Summer Olympics, presented to her by Anne, Princess Royal.

On the other hand, Mia’s father is a former rugby union player. Her father played outside the center for Bath and Gloucester. Similarly, her father won 75 caps for England between 2000 and 2011. Further, Mia’s father was a member of the English squad which won the 2003 World Cup.

Moreover, Mia’s father was injured at the 2007 Rugby World Cup. Further, her father played in 11 Six Nations Championship competitions from 2000 to 2011. 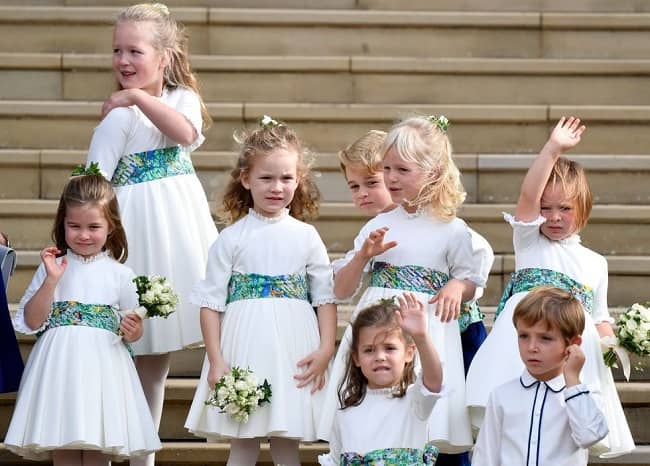 Mia Tindall has worn branded clothes and accessories just like any other royal family member. It is sure that the brands that Mia wears during her public appearances are guaranteed to see high sales and success. However, it is unclear whose designs and products young Tindall has worn throughout the years.

Mia Tindall is obviously single and not involved in any relationships at the young age of 8 years. Talking about her parents’ relationship, Zara and Mike met each other in 2003. Then on 21 December 2010, Buckingham Palace announced Mia’s parents’ engagement.

As was at that time required by the Royal Marriages Act 1772, the Queen gave her consent to Mia’s parents’ marriage in a meeting of the Privy Council on 10 May 2011.

Her father proposed to her mother with a custom-designed diamond and platinum ring with a divided diamond band and held a celebration on the royal yacht Britannia prior to the wedding.

Moreover, Mia’s parents had their wedding on 30 July 2011 at the Canongate Kirk in Edinburgh, Scotland, and a reception was held at Holyrood Palace following the service. Her parents welcomed her in January 2014, her sister Lena Elizabeth on 18 June 2018, and her brother Lucas Philip on 21 March 2021. 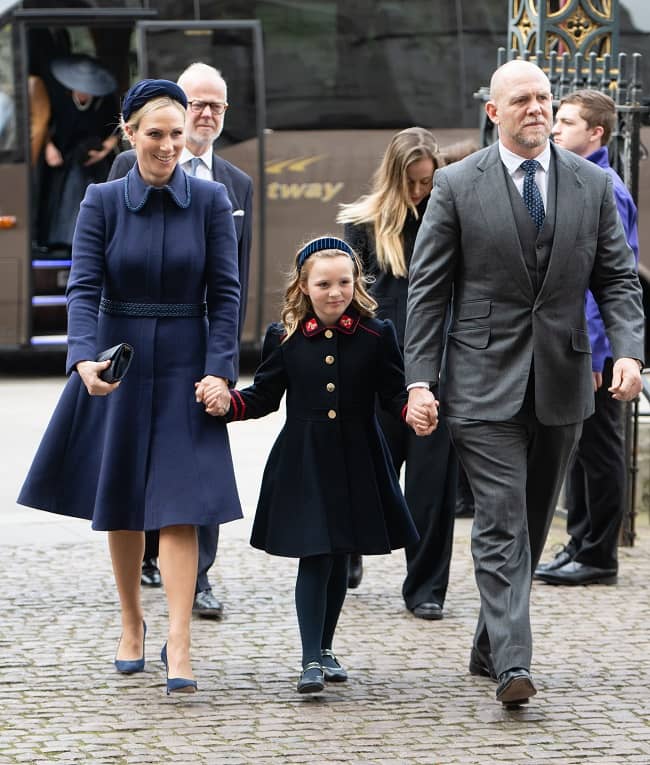 Caption: Mia Tindall walking with her parents to attend a memorial service for the Prince Philip in March 2022. Source: Town and Country Magazine

Mia Tindall’s body measurement details including her height, weight, dress size, shoe size, etc. are still under review. As she is still growing up, Mia’s body measurement stats are sure to keep changing for several more years to come. Likewise, Mia has blonde hair and beautiful green eyes.

Moreover, Mia’s parents resided in a £1.2 million home in Cheltenham, Gloucestershire. This was before her parents moved onto the Gatcombe Park estate near Minchinhampton.