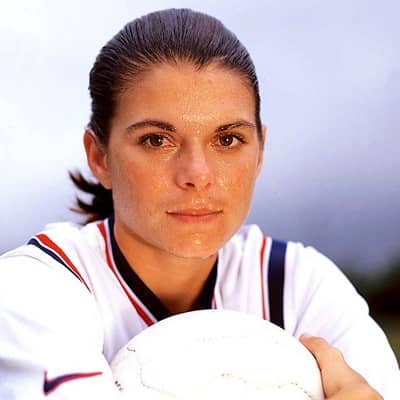 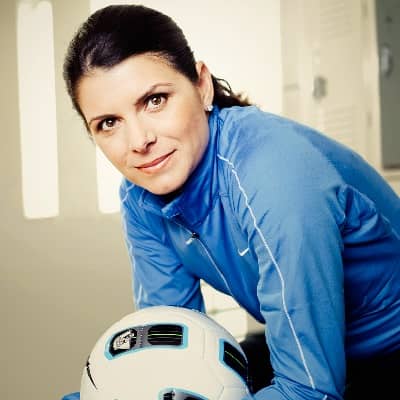 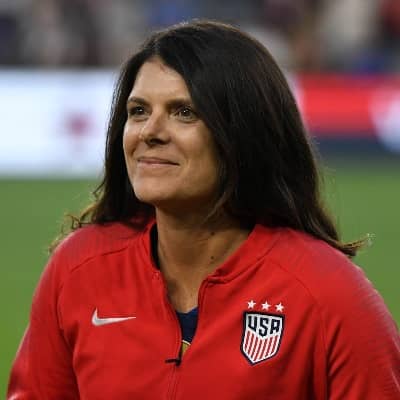 Mia Hamm is an American retired professional soccer (football) player who also became the first international star of the women’s game. Mia Hamm is two times Olympic gold medalist and two-time FIFA Women’s World Cup champion. She was also the youngest person ever to become a member of the U.S team (i.e., at the age of 15). Mia is hailed as a soccer icon.

Mia Marget Hamm-Garciaparra (popularly known as Mia Hamm), was born on March 17, 1972, in Selma, Alabama, United States. As of now, she is 51 years old. She was the fourth child of Air Force Pilot, Bill Hamm, and Stephanie Hamm. She has five siblings.

Throughout her childhood, she along with her family has stayed at various U.S. Air Force bases around the world. She played soccer for the first time when she moved to Florence, Italy. She joined the soccer team for the first time in Texas and her father coached her and her newly adopted 8 years old brother, Garrett. 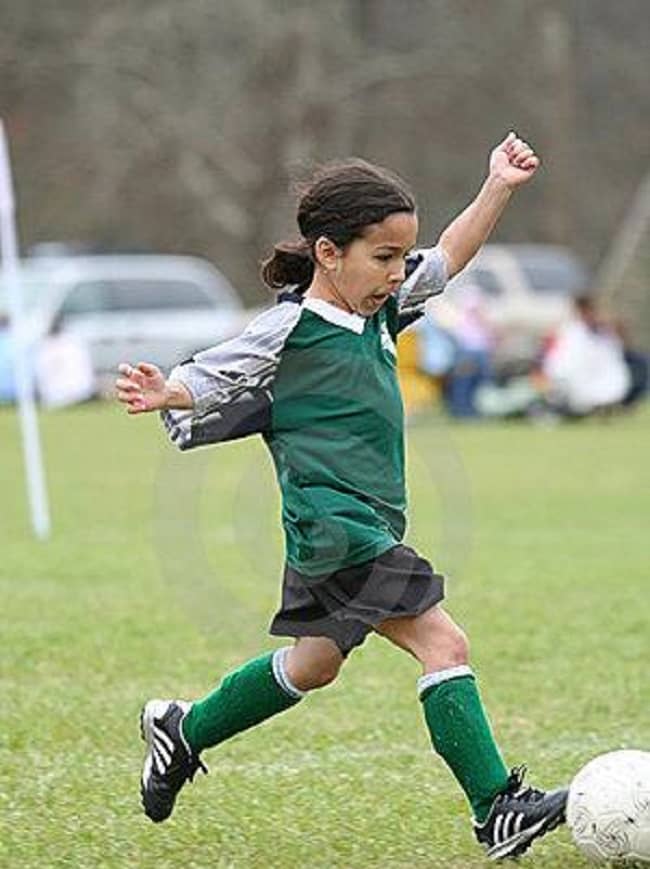 Mia, despite being a girl, excelled as a football player on the boys’ team while she was in junior high school. She had also played soccer for the Notre Dome Catholic High School in Texas. In 1987, she debuted for the US women’s national team and played at the US Olympic Festival. She was just the age of 15 at that time. Thus, became the youngest player on the US women’s national soccer team.

She studied at Lake Braddock Secondary School in Burke, Virginia, and helped its soccer team to win the 1989 state championships. From 1989 to 1994, she attended the University of North Carolina at Chapel Hill with a scholarship. She also helped Tar Heels women’s soccer team win four NCAA Division I Women’s Soccer Championships.

At the age of 19, Mia played at the FIFA Women’s World Championship in China in 1991. In the first match, despite being the youngest player on the team, she scored the game-winning goal and led the team to their victory. They won against Germany in the semi-final and won their first World Cup Championship title after defeating Norway in the finals.

In 1995, at her second World Cup tournament, she scored a goal but the match ended up in a draw against China. The team won their second match against Denmark and defeated Japan in the quarter-finals. But sadly, they lost to Norway in the semi-finals. 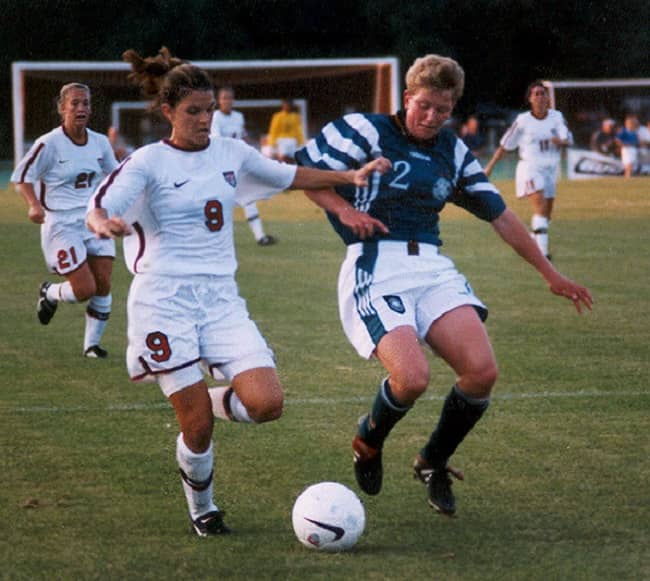 During the 1996 Olympic Games in Atlanta, the US team won against Denmark, Sweden, and Norway. During their final match against China, Hamm was badly injured and had to be taken out of the field.

Despite this injury, her team won the finals and got their first Olympic Gold Medal. She set a world record for scoring the most international goals with her 108th goal in 1999, breaking the record set by the Italian player Elisabetta Vignotto.

She played in the Women’s United Soccer Association (WUSA) as a founding player in 2001. She played professionally for Washinton Freedom from 2001-2003 and was acclaimed as the star of the league. In July 2004, she scored her 151st international goal during a game against Australia and set a record for the most international goals scored by any player in the world, male or female.

Then, she announced her retirement at the age of 32 on May 14, 2004, and played her last international match in December 2004. Throughout her career, she was hailed as a soccer icon and was the face of the WUSA, the first professional women’s soccer league in the United States. She has won various awards and achievements.

Mia Hamm is a retired professional American Soccer player with a net worth of $10 million. She is a two-time Olympic Gold medalist and one of the lead international goal scorers in soccer. She was the youngest player on her team when they won their first World Cup championships.

Mia Hamm was first married to Christian Corry, a US Marine Corps Helicopter pilot in 1995. They got divorced in 2001 after being married for six years. She then got involved with Boston Red Sox shortstop Nomar Garciaparra and married him on November 22, 2003, in Goleta, California. 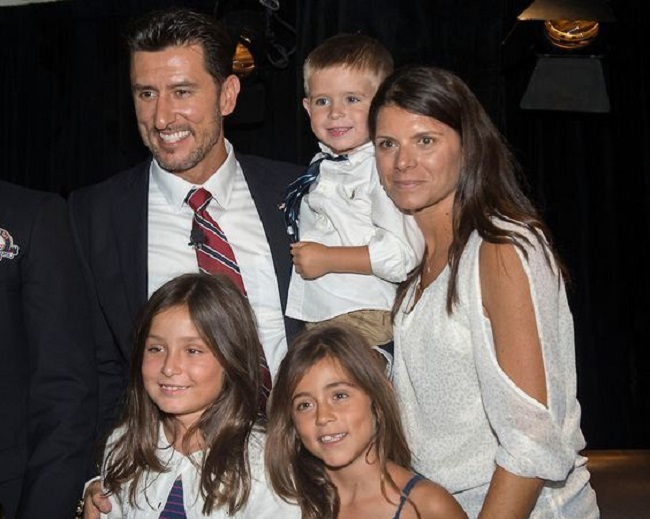 Mia Hamm and her family posing for a photo source: Pinterest

Mia Hamm can be found on social media platforms such as Facebook, Twitter, Instagram, etc. She has about 20k followers on Instagram and 276k on Facebook. Similarly, Mia is also popular on Twitter with 210.1k followers. She has also made various posts till now which shows that she is actively using social media.