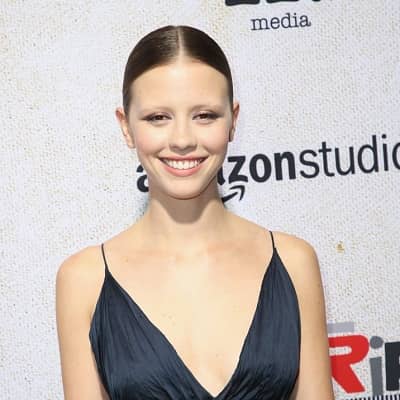 Mia Goth is a young British actress and model. Mia Goth is most popular for her role in movies and TV series like “The Survivalist”, “A Cure for Wellness”, “High Life”, and “Suspiria” among many others.

Mia Goth was born on 30 November 1993 and she celebrates her 28th birthday in the year 2021. Her full name is Mia Gypsy Mello da Silva Goth. Likewise, she was born n Guy’s Hospital in London, England. Her registered birthplace is Southwark, London, England, and her zodiac sign is Sagittarius.

Talking about her family, Goth’s parents’ identities are not disclosed. But it is known that her mother is a Brazilian and her father is a Canadian. Her father is originally from Nova Scotia. As a result, Goths traveled from country to country from a very young age. Since her mother was only 20 years old at the time of her birth and she needed help raising her as a single mother, her mother moved back to Brazil. 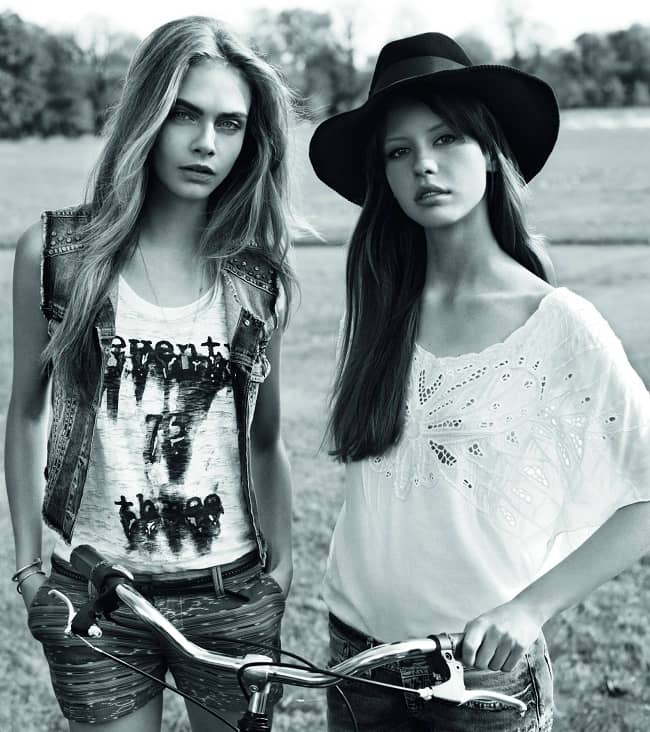 Caption: Mia Goth and Cara Delevigne were captured together during a modeling photo shoot. Source: Reddit

Later, when she was 5 years old, she moved back to London. After five years, the mother-daughter pair again left for Canada. There, they tried to live with her father. However, it was a disaster as she told iNews in an interview.

Moreover, during her time in Canada, Goth attended nine different schools. Goth believes that this experience shaped her acting. She told iNews:

“I think that’s how I first started to act. Some of the schools I wouldn’t fit in and I would be bullied. As a result you try to fit your character to the group so you start adopting different ways of being. At one point I became a huge liar, as I knew I would never be anywhere for long. I would say my dad is a brain surgeon or my mum is a chef.”

Talking more about her family history, Goth’s maternal grandfather is Jewish-American artist Lee Jaffe. Likewise, Goth’s maternal grandmother is the Brazilian actress Maria Gladys. Later, when she was 12 years old, she and her mother settled in southeast London. There, Goth attended a secondary school.

Professionally, Mia Goth is an actress and model. She began her career as a teenage model. She then made her film debut in Lars von Trier’s Nymphomaniac released in 2013. Goth was subsequently cast in the thriller The Survivalist released in 2015 and the psychological horror film A Cure for Wellness released in 2016.

In the year 2018, Goth had supporting roles in the sci-fi mystery film High Life as Boyse and Luca Guadagnino’s remake of Suspiria as Sara Simms.

When Goth was only 14 years old, the fashion photographer Gemma Booth discovered her at the Underage Festival in London. Gemma then signed her to Storm Model Management. Following this, Goth subsequently appeared in advertisements for Vogue and Miu Miu.

Goth then began to audition for films at the young age of 16 years. After finishing the sixth form, she won her first role in Nymphomaniac along with Charlotte Gainsbourg and Willem Dafoe in the segment “The Gun”. Later on, she played Sophie Campbell in an episode of Sky Atlantic’s crime drama series The Tunnel.  Moving on, Goth has a net worth of approximately 1.5 million dollars. 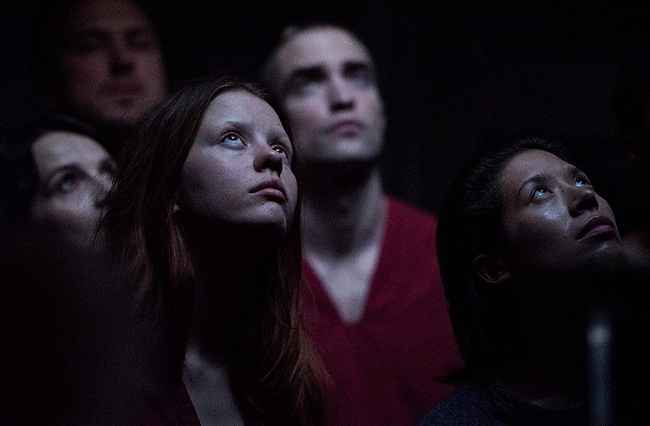 Caption: Mia Goth and her co-stars in a scene of the movie High Life. Source: Independent Ethos

In the year 2015, Goth played the lead role of Milja in the post-apocalyptic thriller The Survivalist. After this, she played the role of Meg Weathers in the disaster adventure-thriller film Everest; as Hannah in the horror film A Cure for Wellness; and as a supporting role in Suspiria as Sara Simms among many other film and TV series roles.

Additionally, she has also appeared in BBC One’s crime series Wallander playing the role of Hanna Holmqvist. Goth has also bagged the “Robert Altman Award”  at the 2019 Independent Spirit Awards. This was for her role in Suspiria. Moreover, she also received nominations for the category “Most Promising Newcomer” during the 2015 British Independent Film Award for her role in The Survivalist.

Mia Goth is single as far as she has shared with the media. She was married to actor Shia LaBeouf from 2016 to 2018. She and Shia met each other while working as co-stars for the film Nymphomaniac in the year 2012. Then on 10 October 2016, the lovers appeared to get married in a Las Vegas ceremony officiated by an Elvis impersonator.

Two days later, there was a claim that the pair wasn’t legally married, but instead, a commitment ceremony was performed. Later that month, her then-husband Shia LeBeouf confirmed news about their marriage on The Ellen DeGeneres Show. Unfortunately, in September 2018, the couple separated and filed for divorce.

Gossiping about the past lovers’ current news, she and Shia were spotted kissing while supposedly wearing wedding rings during a public outing in March 2020. However, no further news regarding this matter is available. 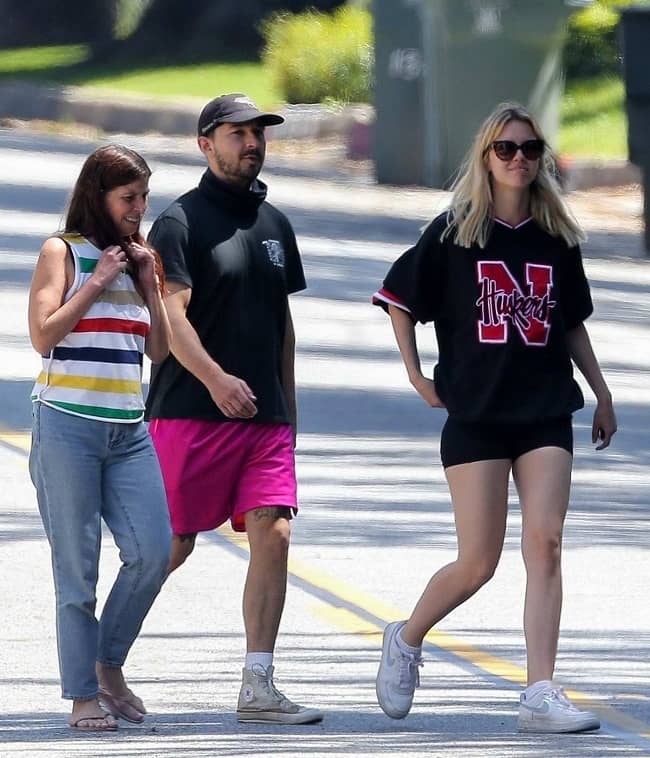 Caption: Mia Goth and Shia LeBeouf were seen strolling around together with Mia’s mother amid reconciliation rumors in 2020. Source: CelebsFirst

Mia Goth stands tall at an approximate height of 1.76 meters or 5’8″ and her weight is around 55kgs. Likewise, she has a slim body build, and her chest-waist-hip measures around 33-24-35 inches. Moreover, Goth has naturally brown hair and eyes of the same color.