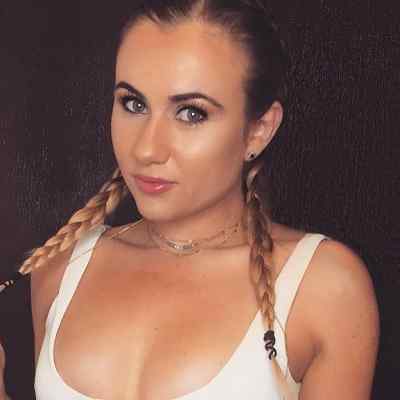 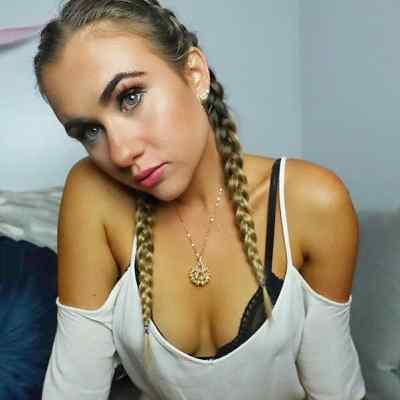 Mia Feldman is an American social media personality and YouTuber who has earned 200k subscribers on her self-titled channel.  Mia Feldman also gained popularity as an older sister of former YouTube vlogger and beauty guru CloeCouture.

Mia Feldmanis 26 years old. She was born on July 20, 1995, in Florida, United States, under the astrological sign of Cancer. Unfortunately, her mother died of cancer in February 2016. She has three siblings Sage, Ezra, and Cloe Feldman.

Her younger sister Cloe is a popular YouTube beauty guru who used to create videos about makeup and fashion with more than 6 million subscribers. Sadly, her sister announced her departure from YouTube in February of 2020.

Moreover, she belongs of American nationality but her ethnic background is not available. Further, there is no information regarding her educational background. 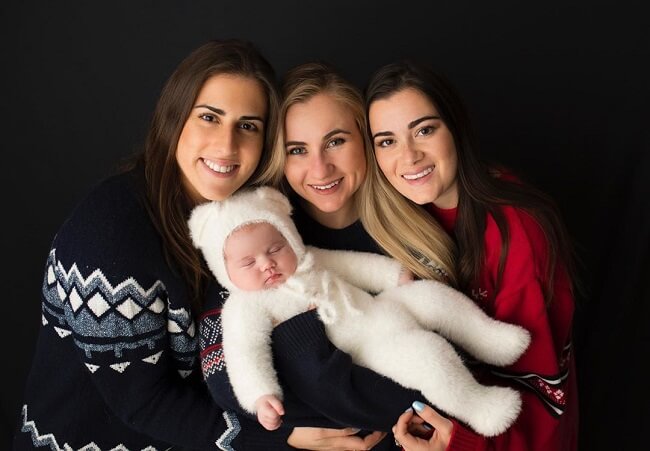 Caption: Mia Feldman posing for a with her baby on the arm and her younger sisters; Cloe and Sage for a photo (Source: Instagram)

Mia Feldman is an American social media personality as well as a YouTuber. She particularly gained fame as an older sister of famous Youtuber and makeup guru Cloe. However, her sister is not active on YouTube currently. She left Youtube but has already gained over 6 million subscribers.

Likewise, she also has a self-titled YouTube channel joined on October 28, 2013. However, she started uploading videos since 2017. She uploaded her first debut video titled “I’m the real Barbie, not Cloe.,” on November 29, 2017. Featuring her famous sister, and other friends she successfully garnered more than 894k views with 16K like to date.

Its been no longer since she actively uploaded videos on Youtube. Her second video on the channel is “Healthy Waffle/Pancake! (NO sugar, flourless).” Her sister Cloe has been part of most of her YouTube videos.

Further, she has also shared the journey of her pregnancy with her first baby girl with her boyfriend. She crossed millions of views on her video after uploading the video titled “The Birth of My Baby (Labor and Delivery Vlog).” The video hits over two million views and became one of the most viewed and popular videos on her channel.

As of now, her YouTube channel has accumulated more than 202K subscribers, with almost 6,924,446 views. Since Cloe left her YouTube channel, she has been part of some videos of her channel. These videos include “First Mother’s day!!! + Reunited with Cloe,” and “I CUT CLOE’S HAIR!!.”

Apart from that, she has also garnered decent followers on her other social media platforms like Instagram. So far, she has shared 107 posts
and garnered almost 60.1k followers. 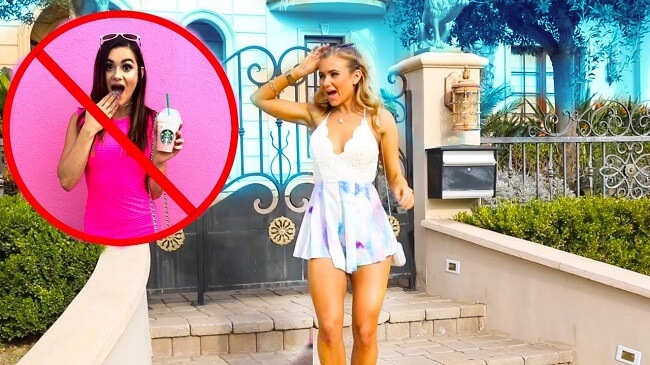 Speaking on Mia Feldman’s earnings, she is a social media personality who might have surely earned a quite considerable sum of money through her contribution to the social media world. Her net worth is estimated to be around $1 million- $5 million through some online resources. However, she is enjoying her life with social media fame as well as good fortune.

Reflecting on Mia Feldman’s relationship status, she is in a romantic relationship with a guy named Spencer Raban Sr. On May 20, 2019, she shared a picture with him captioned “Your favorite (future) parents ?,” indicating her pregnancy. Finally, the duo welcomed their baby girl named Hazel Claire Raban on October 15, 2019.

Likewise, the duo is having a good time with each other with their baby girl. She often posts photos and videos n social media platforms featuring her baby girl and boyfriend. The duo might be marrying soon in the coming future. 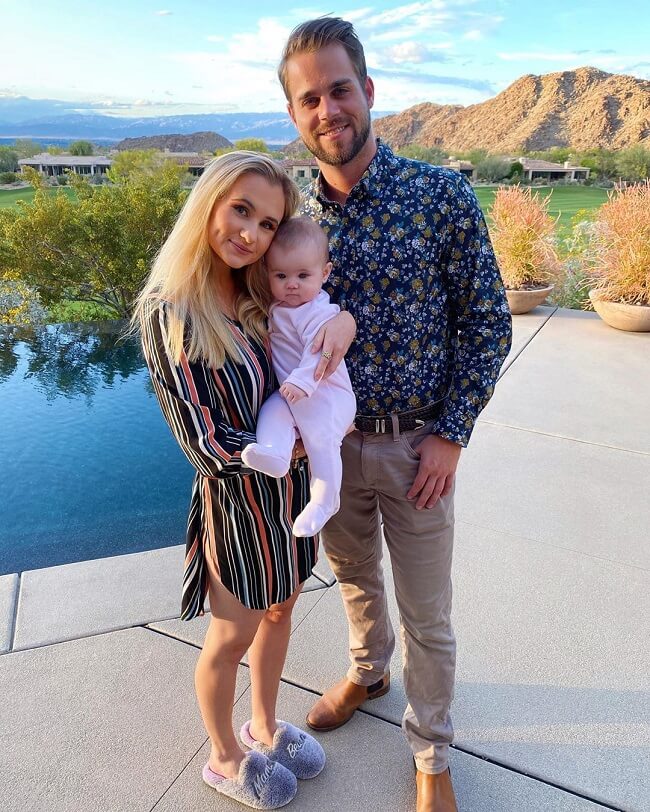 Caption: Mia Feldman posing with her little baby girl and boyfriend for a photo (Source: Instagram)

Furthermore, there are no allegations, rumors, and scandals in which she has gotten involved regarding her personal as well as professional life. She has a good profile.

These beautiful 25 years old Mia has a very charming personality. She has a beautiful smile. Her eyes color is blue and her hair color is blonde. Further, there is no information regarding her height, weight, and other body statics.