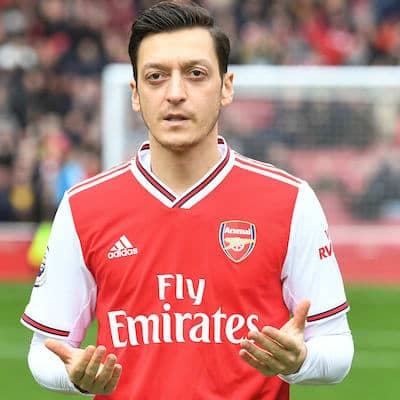 Mesut Özil German is a  professional footballer who plays as an attacking midfielder for Süper Lig club Fenerbahçe. Mesut Özil is famous for his Technical skills, Creativity, agility, and Finesse. Likewise, the German footballer has an incredible playing career and has garnered a huge fan following on his social media platforms.

Mesut Özil was born in the year 1988 and celebrates his birthday on the 15th of October every year. The German footballer is 33 years old at the moment. Mesut was born in Gelsenkirchen, Germany. Likewise, the professional footballer belongs to German nationality and was born under the star sign Libra.

Moving on to Mesut’s family members, he was born to Gulizar Ozil and Mustafa Ozil. Talking about Mesut’s siblings, he has a brother names Mutlu Ozil and two sisters named Dugyu Ozil and Nese Ozil. Likewise, the professional football player states his ancestors are ethnic Turks from Devrek. However, there are various sources that claim Özil’s ancestors are ethnic Kurds.

Talking about Mesut Özil’s education, he attended a preschool populated with students of Turkish immigrants. Moreover, the footballer later attended school at Gesamtschule Berger Feld in Gelsenkirchen. It is unclear if Mesut Özil has gone to attend college after high school graduation.

The German footballer began his youth career playing for various clubs in Gelsenkirchen & then played five years for Rot Weiss Essen. In the year 2005, he moved to the youth system of Schalke 04.  Likewise, On 31 January 2008, The footballer moved to Werder Bremen for a reported fee of €5 million, until 30 June 2011. Later, On 26 April 2008, the German footballer scored the goal against Karlsruher SC. This was the German footballer’s very first Bundesliga goal. Similarly, Mesut helped lead the North German club to the 2009 DFB-Pokal.

Furthermore, In the 2009-10 season, he became the key playmaker of Werder Bremen. Similarly, he was named the best player of the first leg of the 2009 Bundesliga season. Likewise, On 1 May 2010, the German footballer played his 100th Bundesliga game against his former club Schalke 04. Mesut Özil went on & led Werder Bremen to become third in the league & again to the DFB-Pokal final. However this time it was lost against Bayern Munich by 0-4.

Due to Mesut Özil’s performances in the 2010 FIFA World Cup, Özil ensured his place among Europe’s top young talents. Moreover, Mesut Özil was sought by teams like Barcelona, Arsenal & Real Madrid. Furthermore,  On 17 August 2010, the football team announced that they had reached an agreement with Real Madrid for Özil’s transfer. The transfer fee is believed to have been around €15 million. Similarly, Mesut Özil made his debut on 22 August in a friendly match against Hércules.

The talented footballer claimed the Man of the Match award in Germany’s 4-2 quarter-final win over Greece. Moreover, Ozil’s performance at Euro 2012 earned him 2 Carlsberg Man of the Match Awards.

When it comes to awards, Mesut has not received any of them. However, the German footballer has won a lot of international tournaments and trophies. Moreover, Mesut Özil has earned a hefty deal of wealth throughout his career. As of now, Mesut Özil enjoys a net worth of $120 million at the moment.

Mesut Özil is married to Amine Gulse. Likewise, Amine happens to be Miss Turkey 2014. The duo first started to enjoy each other’s company in the year 2017, which quickly changed to dating. After dating for about 2 years, the duo announced that they were getting engaged to each other in the year 2019. They got engaged in January of 2019 and later got married in June of the same year.

Recently their baby girl Eda was born in 2020. The couple resides together happily. Amine posts pictures of her husband and baby on her social media pages timely. Other than Mesut, there are no records of her dating anyone in the past. 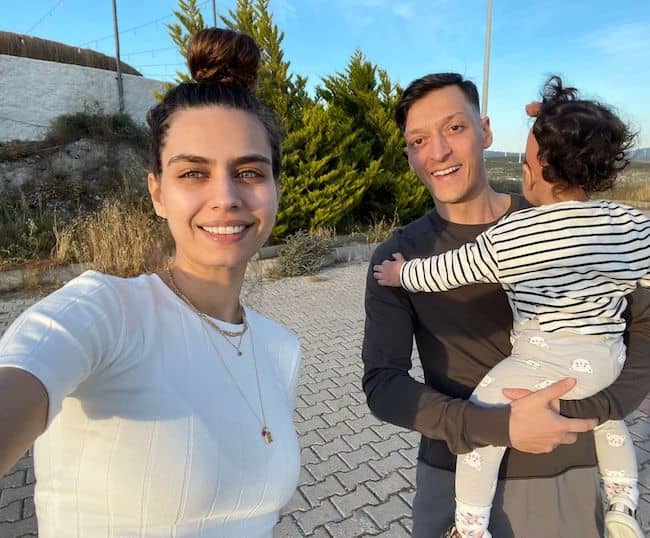 Mesut Özil is a handsome man. As for his height, Mesut stands tall at 6 feet and weighs 76 kg. Likewise, the German footballer has light brown eyes with dark brown hair.