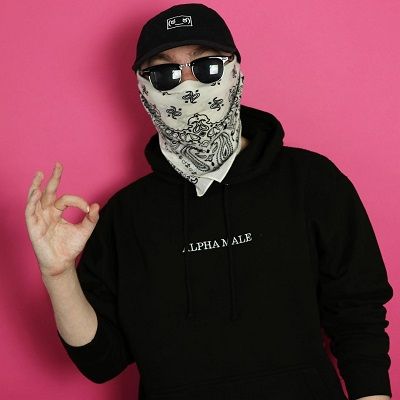 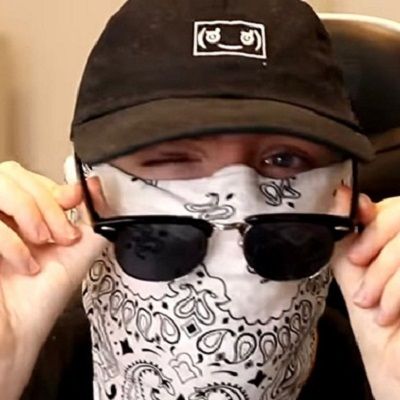 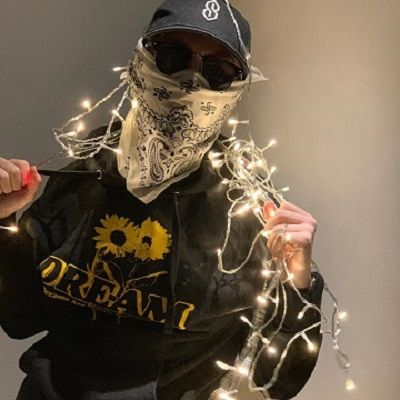 Memeulous is an English social media personality. Memeulous is primarily a Youtube content creator with two different channels. He is popular for his parodies, satire, and absurdist humor. He is also available on various other platforms like Instagram, Tiktok, Twitch, Twitter, etc.

Memeulous was born on July 10, 1998, and his age is currently 22 years old. His first name is George and he is originally from London, England. Talking about his family, he has a younger brother but his identity is not disclosed yet. Sadly, he has not shared anything related to his parents and other family details.

He has also not shared about his educational journey. But considering his age, he might be a university student unless he decided to take a break from his studies and rather focus on his professional career. Likewise, he has a pet dog named Kenji who has his own Youtube channel as well as an Instagram profile! 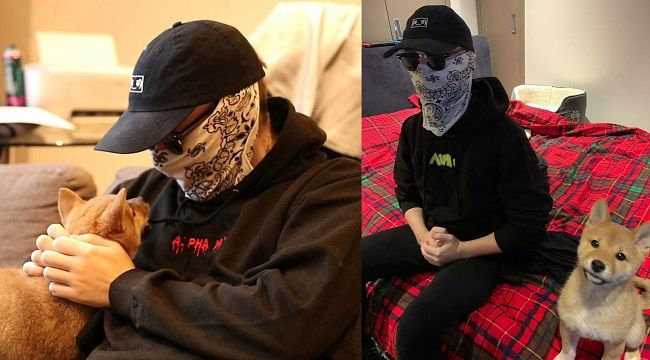 Professionally, Memeulous is a social media personality. He is a Youtube content creator whose channel has found a large audience through parodies, satire, and absurdist humor. To date, his channel has amassed more than 4 million subscribers. Likewise, he began posting to YouTube in September 2014. Moreover, he is also a commentary YouTuber and a member of the E-Boys. The other guys in the E-Boys are WillNE, ImAllexx, and James Marriott.

Moreover, the Harry Potter parody Harry Potter and the Noscoper’s Stone has more than four million views. He also included Tyrone Magnus in his Top 10 YouTubers of 2016 video. He also has a second Youtube channel created on December 4, 2015, called “Memeuless”.

He has also worked with other YouTubers like Will Lenney/WillNE, Alex Elmslie/ImAllexx, James Marriott, Stephen Lawson/Stephen Tries, Fraser Macdonald/iNabber, Louis Shap, Kwite, and BambinoBecky among many others.

He started his YouTube channel on September 5, 2014, and began posting funny videos like 2016 – African Movie of The Year and The MLG Crowd. At the time he started using Youtube, he was also working in a kitchen as a dishwasher. However, being unfairly treated by his boss and on getting fired after a month, he decided to slowly focus on YouTube as a full-time job.

Following this, he started putting more effort into his videos and on September 19, 2014, published the comedic video Harry Potter and the Noscoper’s Stone. The video was an instant hit. Likewise, this video is a parody of the movie Harry Potter and the Philosopher’s Stone. It has since gone on to register more than 5.4 million views. It is also the most popular video on his channel, with the view count still rising.

His channel started growing as his content became more regular. Funny gaming videos ‘MLG Minecraft’, ‘The Flash In GTA V’, and ‘Harry Potter and the Weird PC Game’ brought in thousands of views.

Simultaneously, he started to create diverse content on his channel, including reacting to other YouTubers, funny videos, and reviews. His viewers have incredibly well-received videos like ‘How To Be British’, ‘Club Penguin Gone Sexual’, and ‘The British Jacob Sartorius’. 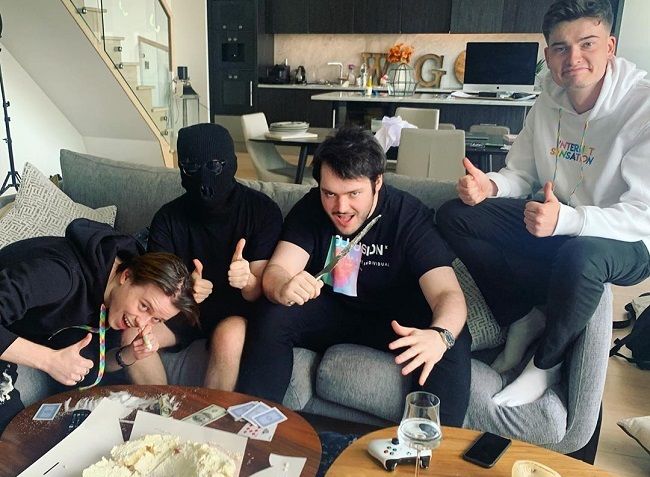 Caption: Memeulous enjoying his time with the E-boys. Source: Instagram

The momentum gained from these videos received a boost when he posted his review video on July 23, 2016. It is titled  ‘Craziest Beef in Rap History – Little T vs Soph Aspin’. The video roasting the two obnoxious child rappers, received more than 3.4 million views and he later admitted, it was his favorite video on his channel. He followed that up with the satire ‘Greatest Rap Crew Ever – Smith Boy and Crew’ which not only garnered more than 2 million views but also led to his first 100k subscribers.

Moreover, 2017 was a huge year for him. With an ever-growing fan base, he started reviewing other content on YouTube. His roast video of rapper 7k ‘The Worst Rapper on Earth Returns’, YouTuber Durv in ‘The Worst Kid Youtuber’, and humorous criticism of Jake Paul’s song ‘It’s Everyday Bro’ in ‘YouTuber Makes Bad Song’ received millions of views each.

The popularity of the videos lies in the unpretentious nature of presentation mixed with a genuine satiric and comedic approach. He kept the support of his fans with content like ‘Club Penguin Is Back’, ‘The Worst Internet Safety Videos’, and ‘Worst Lil Pump Covers’. These videos made sure that on December 26, 2017, he reached the 1 million subscriber mark on his channel.

There is no information regarding his romantic relationship. He also has not shared any social media posts that suggest his current affair and relationships. He is quite a private person when it comes to disclosing his personal life.

However, one of the other Eboys, Alex Elmslie/ImAllexx, shared a photo on his personal Instagram account on 26 May 2020 in which Alex is on his knees proposing Memeulous. It is unclear if they are actually engaged or if it is just a part of the boys’ prank. No matter the truth, Alex is a part of the LGBT+ community in real life. Alex is also his roommate.

Moreover, he  has maintained a clean public profile that is away from rumors, scandals, and controversies that might hamper his professional career and personal life. Nevertheless, he is sure to attract many lovers in is future through his talent, humor, and charms. 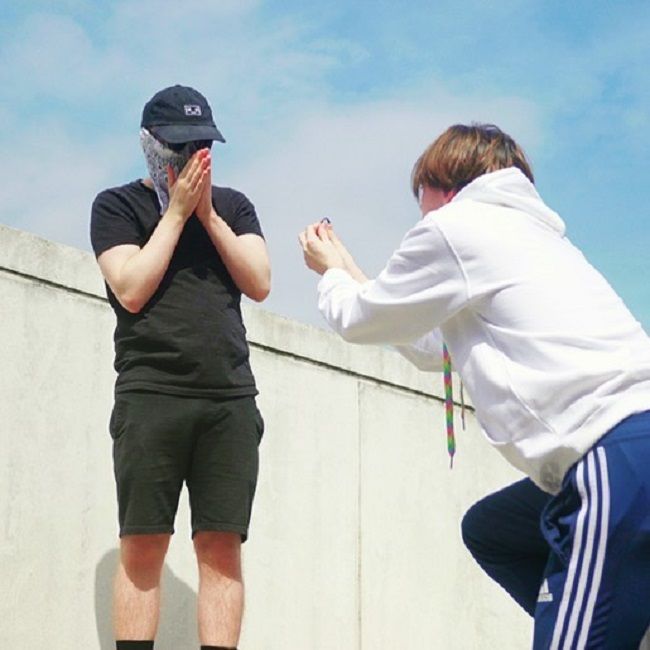 Caption: Memeulous in a photo where Alex is proposing to him. Source: Instagram

Memeulous is approximately 5 feet 9 inches tall in height and weighs around 65 kgs. Other than this there is no information about his chest-waist-hip measures, biceps, dress size, shoe size, etc. He has never disclosed his face to the public. On his videos, he wears a hat, sunglasses, and a bandana around his mouth to conceal his true identity. It is because he doesn’t want people to approach and overwhelm him.

However, to celebrate his 4 million subscribers milestone, he did an eye reveal video titled THE BIG REVEAL (4 Million Special). His eyes are actually pretty mesmerizing and are blue in color.

Talking about his social media presence, Memeulous joined Twitter in September 2014 and so far has 644.3K followers in his George Memeulous (@Memeulous) account. Likewise, he is available as @memeulous on Instagram and this account boasts 49 posts shares and 732k followers. He also does live streaming on Twitch in which he has 7,227 followers. He is also available on Tiktok with 825.6K followers and 8.1 million likes.

Talking about his Youtube channel, he created his “Memeulous” channel on September 5, 2014, and so far has 951,898,303 views along with 4.13M subscribers. Likewise, he also has a secondary Youtube channel “Memeuless”. He created this on December 4, 2015. This channel has earned 57,753,890 views and 890K subscribers at the time of writing this biography. We can also book him on Cameo.

Moving on, he has a net worth of approximately $2.7 million dollars. He mostly earns through his Youtube videos. On his “Memeulous” channel, he has published over 430 videos which all together add up to more than 951.8 million views. He creates on average 7 new videos every month earning 1.4 million video views and 3.5k new subscribers every day.

Likewise, his second channel “Memeuless” has a net worth of $385,000. He has published over 60 videos which all together add up to more than 57 million views. Memeuless creates on average 5 new videos every month earning 272k video views and 1.7k new subscribers every day.