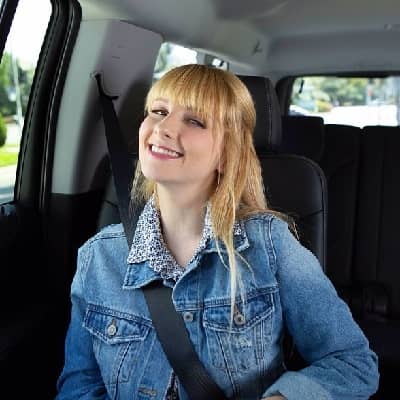 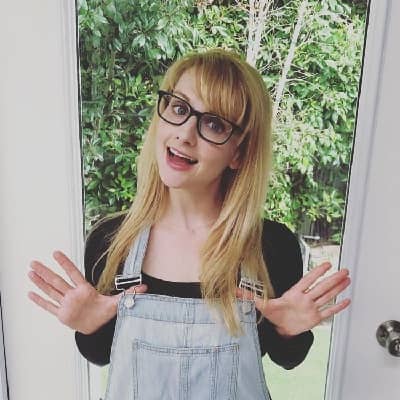 Melissa Rauch was born on June 23, 1980, in Marlboro Township, New Jersey. She has an American nationality and has a cancer sun sign. Her full name is Melissa Ivy Rauch.

She is now a 40 years old woman and belongs to Ashkenazi Jewish ethnicity. She follows the Judaism religion. The name of her parents is Susan Rauch and David Rauch.

Both of her parents are Jewish and they raised her and her brother Ben Rauch in an affluent household. 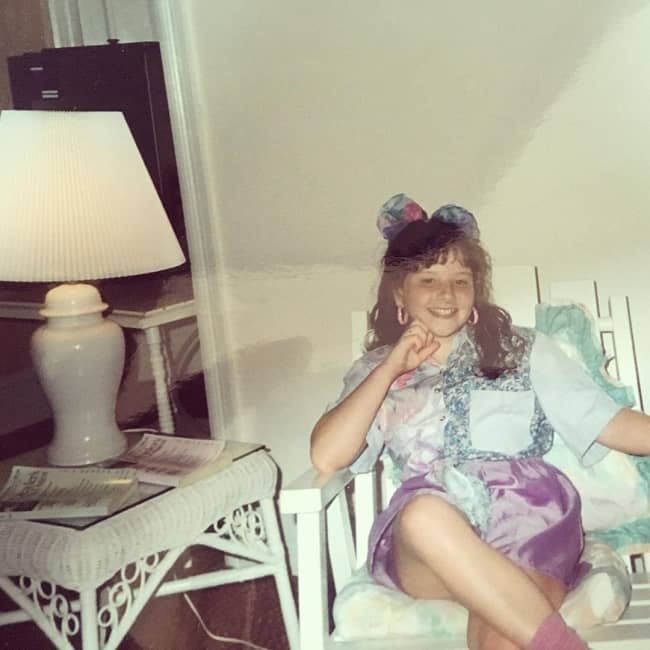 Caption: Melissa Rauch when she was young (Source: Instagram)

After graduating high school, Rauch enrolled at Marymount Manhattan College in New York City from where she graduated in 2002 at Fine Arts (Acting).

She met her husband in the college and they formed a writing team in 2005 and worked on several projects, including a comedy stage show called ‘The Miss Education of Jenna Bush’.

The height of Melissa is 4 feet and 11 inches and she has a weight of 60 kg. Her eyes are blue in color and she has blonde hair. She has a very beautiful smile and face.

In addition, she has got a slim figured body which makes her even more beautiful and attractive.

With her huge fans, they also have created several fan pages for her.

In the early days of her career, Melissa Rauch served as a regular contributor to VH1’s ‘Best Week Ever’ television show. She also worked as a comedian in New York.

A year later, she was slated to make her small-screen debut in ‘12 Miles of Bad Road’, a television series that was originally supposed to air on HBO, but following the 2007–08 Writers Guild of America strike, only six episodes were filmed.

HBO later announced that they would not televise the show. She made her small-screen debut with the recurring role of Tina in six episodes of the first and the only season of the short-lived sitcom ‘Kath & Kim’ in 2008-09.

In 2009, she wrote, produced, directed, and starred in the short film ‘The Condom Killer’.

In the following year, she co-wrote yet another short, ‘Partially Stalked Love’. Rauch’s character in ‘The Big Bang Theory’, Dr. Bernadette Rostenkowski-Wolowitz,

first appeared in season three as a co-worker of Penny (Kaley Cuoco) and a possible love interest of Howard Wolowitz (Simon Helberg). By season four, she had become a regular on the show.

Rauch and Mayim Bialik, who portrays Amy Farrah Fowler, joined the cast of the series in the same season and have maintained parallel trajectories of their respective tenures in the show.

played the recurring character Summer in season three of ‘True Blood’, and appeared in the television film ‘Wright vs. Wrong’.

he worked with fellow comedians Owen Wilson, Zach Galifianakis and Amy Poehler in the 2013 comedy-drama ‘Are You Here’.

She and her husband saw the release of the first film made from their screenplay soon after. Titled ‘The Bronze’ (2015), the movie starred Rauch as Hope Ann Greggory,

a former gymnastics bronze medallist, who lives off her past glory in her hometown. Rauch is also a prolific voice actor.

She is at present set to appear in the upcoming live-action comedy ‘Ode to Joy’. 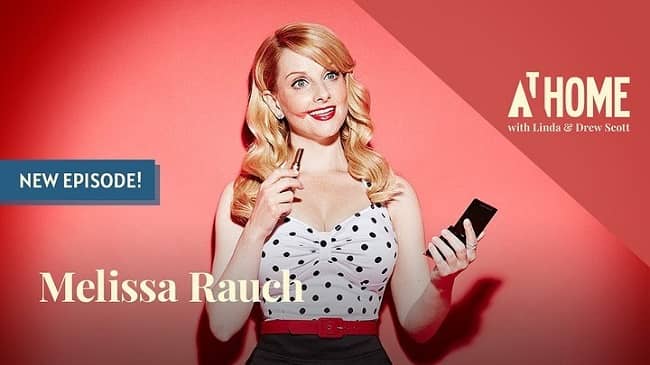 Caption: Melissa Rauch on the cover picture of her show (Source: Instagram)

Awards, Nomination and Net worth

In total, she was nominated 6 six times till now.

The net worth of Melissa is around $8 million and she earns a salary of $500,000 per episode (for The Big Bang Theory). The source of her net worth is from her acting career.

She has also become successful in earning fame and respect from her career. Along with her, her husband also earns and his net worth is around $2 million. Together they earn enough wealth for their living.

Melissa is a married woman. She met screenwriter Winston Beigel while they were both in college. The couple married in 2007. Winston subsequently adopted his wife’s surname.

On July 11, 2017, Rauch made the news of her pregnancy public and revealed that she had previously suffered a miscarriage

She and Winston’s daughter, whom they named Sadie, was born in late 2017. Rauch announced the birth on 4 December on her Instagram account. 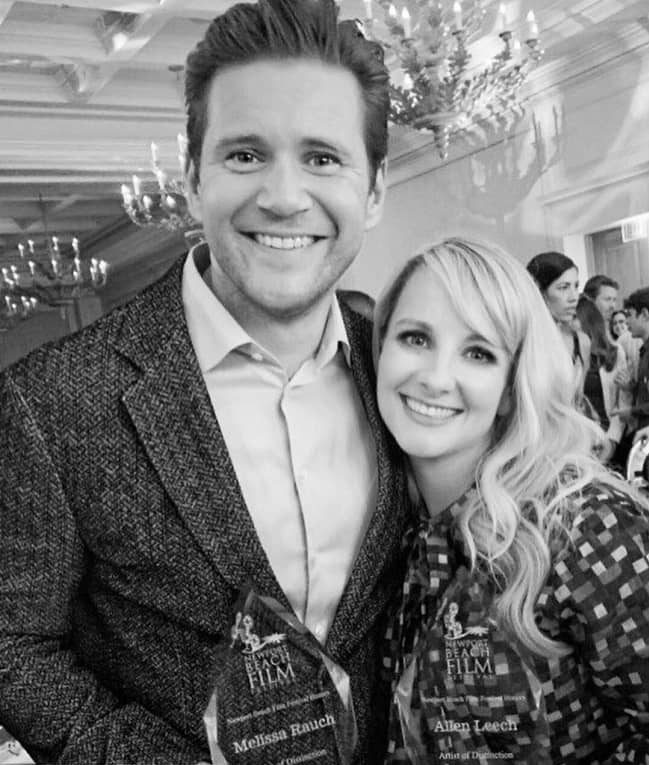