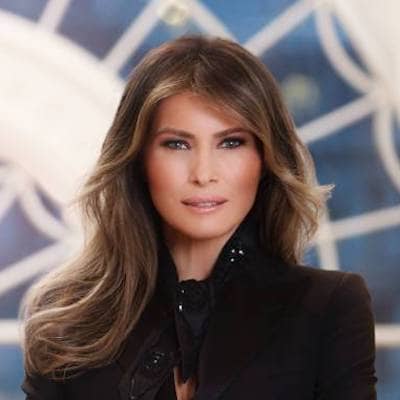 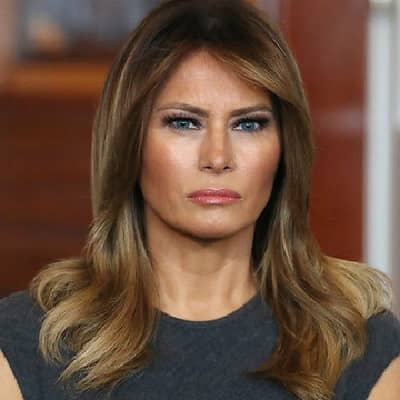 Melania Trump is a former model and businesswoman who holds Slovene-American nationality. Melania Trump is the former First Lady of the United States, as the wife of the 45th U.S. President Donald Trump.

Melania Trump with her birth name, Melanija Knavs was born on April 26, 1970, in Novo Mesto, the Socialist Republic of Slovenia (part of Yugoslavia). Her father’s name is Viktor Knavs (born March 24, 1944) who was from the nearby town of Radeče. He managed car and motorcycle dealerships for a state-owned vehicle manufacturer. Her mother’s name is Amalija (née Ulčnik) (born July 9, 1945) who came from the village of Raka. She worked as a patternmaker at the children’s clothing manufacturer Jutranjka in Sevnica.

Similarly, she also has an older sister, Ines, who is an artist and her “longtime confidant.” But she has never met her half-older brother, from her father’s previous relationship. She grew up in a modest apartment in a housing block in Sevnica, in the Lower Sava Valley.  Moreover, as a child, she, and other children of workers at the factory participated in fashion shows that featured children’s clothing.

During her teenage, she moved with her family to a two-story house in Sevnica. She lived in a high-rise apartment in Ljubljana in her high school days. Regarding her education, she attended the Secondary School of Design and Photography in the city. Later, she studied architecture and design at the University of Ljubljana for one year before she dropped out.

At age 16, Melania began her modeling career and two years later she signed on with an agency in Milan. Also, she joined the University of Ljubljana but dropped out after a year to pursue her modeling career. Likewise, in her early days of modeling, she worked in Milan and Paris, before moving to new york in 1996. So she gained steady work, working with well-known photographers like Patrick Demarchelier and Helmut newton. Moreover, she was on magazine covers such as harper’s bazaar (Bulgaria), vanity fair (Italy), GQ (for which she posed nude in January 2000) and the sports illustrated swimsuit issue.

A lot of controversies started regarding her after Donald Trump became president. Her controversial images began circulating online of the 2000 British GQ spread that had her lying naked on a fur blanket. However, the controversy didn’t stop there: in July 2016, she gave a speech at the republican national convention. in the speech, some passages were found to be identical to Michelle Obama’s 2008 democratic national convention speech. it ended up claiming she wrote the speech, Trump was lambasted by the media and the public for plagiarism.

Later, Trump staff writer Meredith McIver took responsibility for the gaffe and mentioned she accidentally included part of Obama’s speech in trump’s talking points. Another controversy continued on July 30, 2016, the New York Post published nude photos of a then 25-year-old she, including one in which she lay in bed with another woman.

However, discussing the nude photos, Donald told the post was common for European images and magazines.
Furthermore, in November, she delivered a rare speech on the campaign trail outlining how fighting cyberbullying would be a priority for her if she were to become the first lady. moreover, news outlets were quick to point out the irony that her husband was known for his use of the social media platform Twitter to insult opponents. So in June 2017, she and Barron joined the President in the White House. Her early attempt to use the first lady platform for public goods generated attention for the wrong reasons. But she hoped to achieve better results through her passion for combating bullying. Then in October, she made a surprise visit with Education Secretary Betsy DeVos to Orchard Lake Middle School in Michigan, as part of the #NoOneEatsAlone initiative.

Likewise, her Christmas decorations were revealed on November 27, 2017, showcasing her Balsam fir trees draped with “icicles.” Also, they were trimmed with glass ornaments emblazoned with the seal of each state and territory. So the display came together with the assistance of 150 volunteers from 29 states.

‘Be Best’: Similarly, on May 7, 2018, she unveiled her platform, “Be Best,” with a focus on three key objectives: well-being, fighting opioid abuse, and positivity on social media. However, Be Best’s progress was slowed by the departure of the East Wing’s policy director in July. Moreover, she circled back to the initiative and spoke at an August 20 conference about preventing cyberbullying.

Health Scares: Moreover, on October 2, 2020, President Trump revealed that he and his wife had both tested positive for COVID-19. Similarly, son Barron also tested and initially tested negative, but it revealed weeks later that a second test came back positive. Other Projects: Furthermore, in 2010, she launched a jewelry line, as well as a skincare line. Also, she has appeared in an Aflac commercial, co-hosted on The View, and appeared on her husband’s reality show, Celebrity Apprentice.

Immigration Issues: she received a green card for permanent residency in March 2001 through the EB-1 program, nicknamed the “Einstein visa” due to its allocation to top academics, business leaders, Oscar-winning actors, and others who demonstrate “extraordinary ability.” Later, in August 2018, it was reported that her parents, Viktor and Amalija, had been granted U.S. citizenship.

Melania Trump has a total net worth of $50 million. She paid $1.5 million for a 1-bedroom apartment on the 33rd floor of Trump Tower, in January 2016. Also, at the time of the purchase, the Trumps already owned a huge penthouse that took up the 66th, 67th, and 68th floors of the building. Furthermore, there has been speculation that she bought the 1,052 square foot apartment to use as a library.

She appeared in a TV commercial for a clothing company in Slovenia in 1993 where she played the part of the US president. Although the advertisement existed on YouTube, it was removed during the US elections. Read more about it here.

Melania met then-real estate mogul Donald Trump at a party in September 1998, and they started dating. Also, the latter was in the process of divorcing his second wife, Marla Maples. The divorce was finalized in 1999. Moreover, in 1999, the couple gained attention after a lewd interview with shock jock Howard Stern on his show. Her ex-boyfriend is Jure Zorcic. They met in the summer of 1991 when she was 21 years old. She and Donald Trump became engaged in 2004. They finally tied their wedding knots on January 22, 2005, in an Anglican service at the Episcopal Church of Bethesda-by-the-Sea in Palm Beach, Florida. It was followed by a reception in the ballroom at her husband’s Mar-a-Lago estate. The marriage was her first and his third. Furthermore, the bride wore a US$200,000 dress made by John Galliano of the house of Christian Dior.

Likewise, the media widely covered the ceremony and reception, including a Vogue cover that featured her in her wedding gown. After a year, on March 20, 2006, they welcomed their son, Barron William Trump. She chose his middle name, while her husband chose his first name.