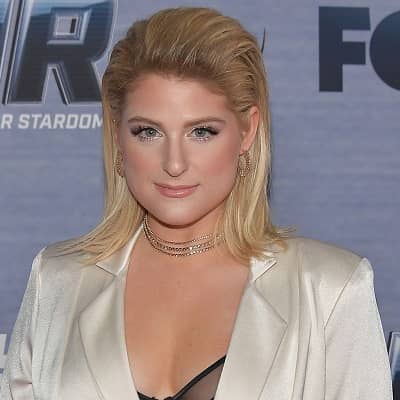 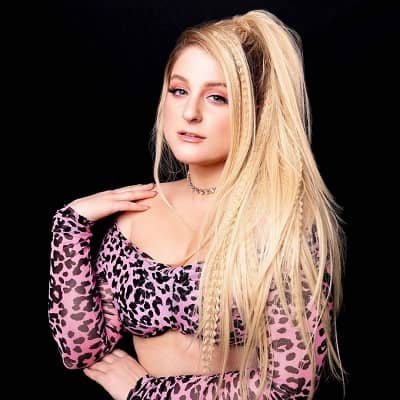 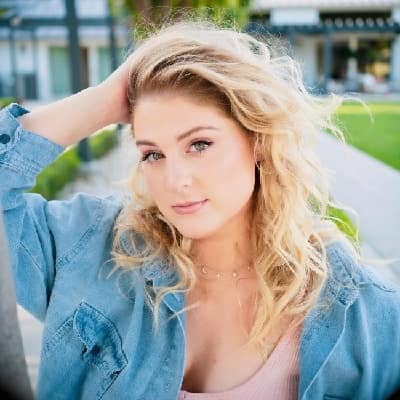 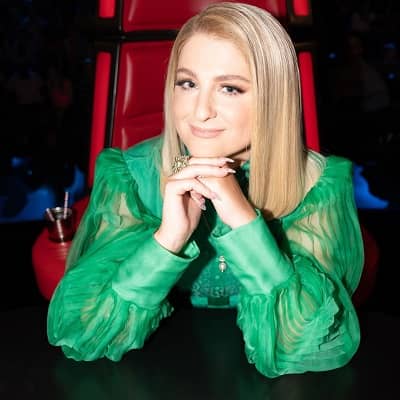 Meghan Trainor is an American singer, songwriter, actress, social media personality, and record producer. Meghan Trainor is a Grammy-winning singer who is famous for her smash hits “All About That Bass,” “Lips Are Movin” and “No.”

Her full name is Meghan Elizabeth Trainor. She came to the world on December 22, 1993. She hails from Nantucket, Massachusetts, USA. Presently, she is 27 years old and her sun sign is Capricorn. Her parents are Jewelers Kelli (mother) and Gary Trainor (father). Likewise, she has two brothers named Ryan and Justin.

Her father is a music teacher and organist. Since the age of six, she accompanied her father to sing at a local church. At the age of 11, Trainor began writing music and started working to make a career as a recording artist. Later, she began exploring various musical genres and instruments including piano, guitar, and bongo drum.

Therefore, she was just 12 when she began performing as part of the band Island Fusion that included her aunt, brother, and father. And, the band performed covers, soca music, and Trainor’s compositions. She penned her first original song, ‘Give Me a Chance’ at the age of 13. 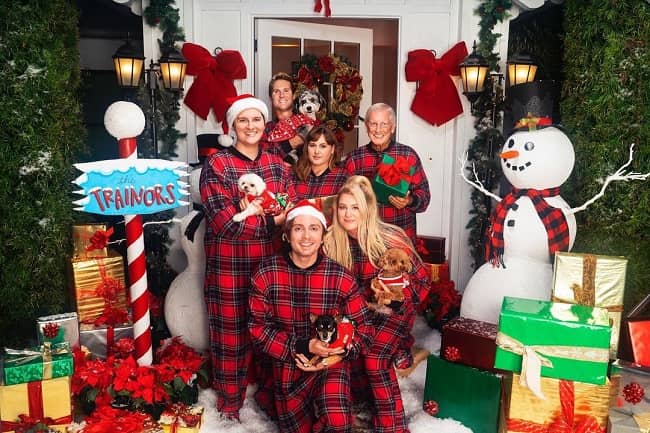 Meghan rose to fame after signing with Epic Records in the year 2014. And, also by releasing her debut single “All About That Bass”. It reached number 1 on the U.S.Billboard Hot 100 chart and sold out 11 million copies worldwide. Likewise, it drew criticism for its lyrical content. Further, she has released three studio albums with the label and has received various awards and nominations, including the 2016 Grammy Award for Best New Artist.

Meghan became interested in music from a young age. Therefore, she wrote, recorded, and produced three independently-released acoustic albums, Meghan Trainor (2009), I’ll Sing with You, and Only 17 (2010). In the year 2013, she started writing and producing songs for other artists. Likewise, in 2015, she released her pop and hip hop major-label debut studio album ‘Title’. Therefore, it included the top-10 singles “Lips Are Movin” and “Like I’m Gonna Lose You”.

Moreover, it debuted at number one on the U.S. Billboard 200. Similarly, her single “No” led to her follow-up album, the R&B album ‘Thank You (2016)’. Both of them reached number three on the respective charts. Meghan created her third album with Epic ‘Treat Myself (2020)’, as an attempt to adapt to ongoing musical trends. Therefore, she followed this with the holiday album ‘A Very Trainor Christmas’ later that year. 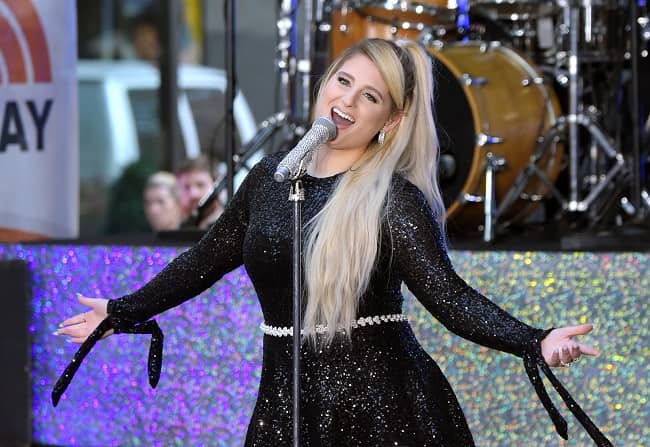 Also, she is the 21st woman to have her debut single at the top of the Billboard Hot 100 and the 5th female artist to follow up her chart-topping debut single with another top 5 release. In the year 2015, she was listed 7th on Top Artists and second on ‘Top Female Artists on the Billboard Year-End charts.’ 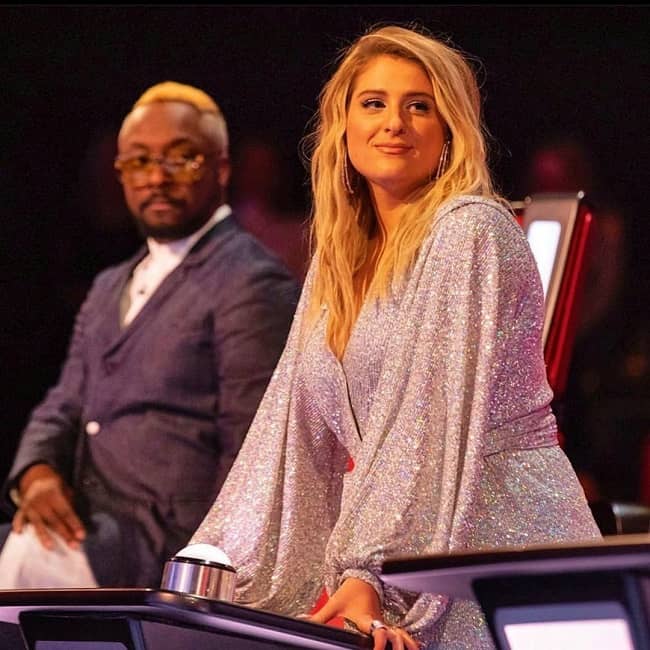 Caption: Meghan Trainor in The Voice of UK. Source: Instagram

Meghan and actor Daryl Sabara met in 2014 at a house party in Los Angeles. Later in July 2016, she began a relationship with him. The two were engaged on December 22, 2017, and married after a year on Meghan’s 25th birthday.

Moreover, on October 7, 2020, she announced that they were expecting their first child together, and later that month on The Kelly Clarkson Show, she confirmed that she was pregnant with a baby boy. And, she and her husband welcomed their son Riley in February 2021. 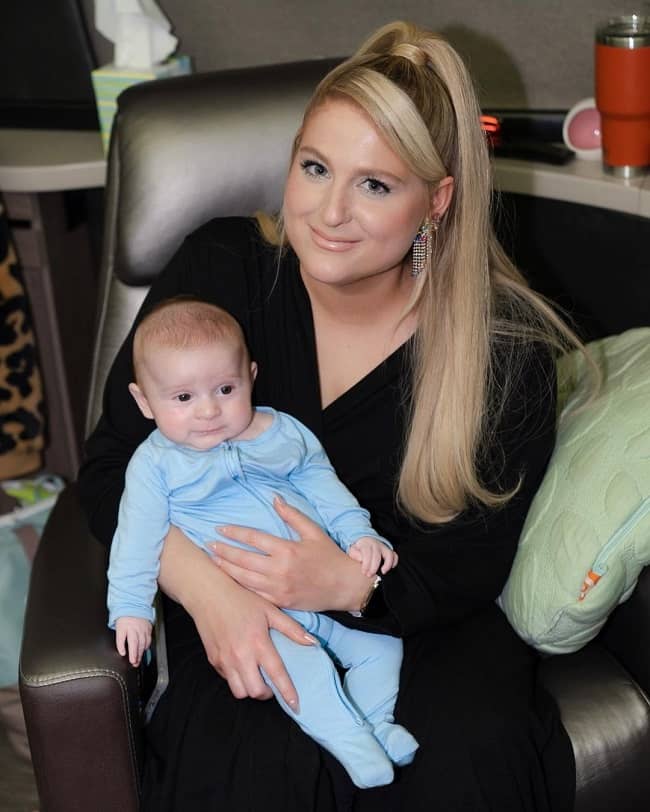 Being a successful singer and songwriter, she surely earns a good amount of money. She has a net worth of $8 million as of 2021 and her primary source of income is through her singing career.