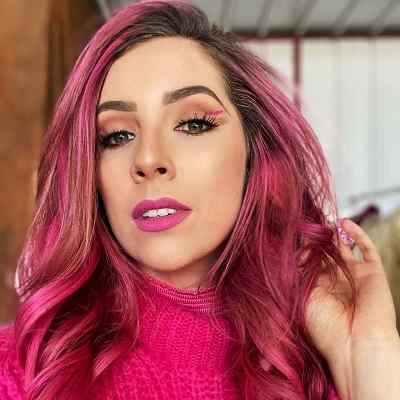 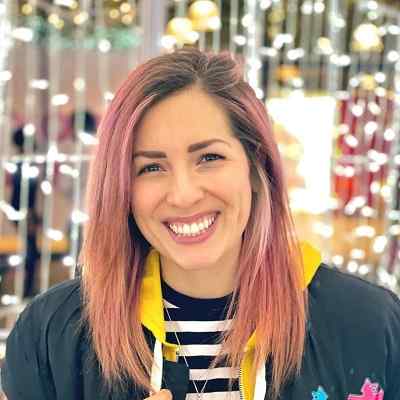 Meghan Camarena is an American Reality star and actress who was a contestant on The Amazing Race in the year 2013. Meghan Camarena starred as Rapunzel in Video Game High School. Then, in 2017, she became the host of Disney’s Polaris Primetime. She is also a Youtuber.

Meghan Camarena was born in Fresno, California, USA, on July 17, 1987. She is 34 years old and is under the birth sign, Cancer. She holds American nationality. And she grew up in Modesto, California. Her ethnicity is half-Mexican and half-German-Irish.

The name and information about her parents are not available at the moment. And, she has two older half-brothers from her parent’s previous relationships. And their names are Andrew and Jonathan. Likewise, she also has two younger twin brothers, Christian and David.

Malibuthegirl attended Davis High School where she graduated in the year 2005. However, the name of the university she attended is not available at the moment unless she is not a dropout. Even though she had a hard time because of her mother’s hardships, she said she did okay in school.

Meghan Camarena said she was fairly depressed during her time in high school and had even taken up drinking. And in college, she had an on-and-off relationship with a boyfriend. Then, her grandmother took her to the church where she made peace with God, left her boyfriend, and joined a Bible college internship program. During this time, she learned video production for her youth group.

She was inspired by some YouTubers and she also began making home videos. She created a YouTube channel under the title “Strawburry17” on April 24, 2007. Likewsie, She would do video blogging, lip dubbing, and also videos of unboxing cutesy Japanese toys, taste-testing weird foods from around the world, and reviewing apps and games.

She said that she chose her AOL screen name based on a Strawberry Shortcake cartoon. And was her birthday on the 17th, but since “strawberry17” was taken, she went with a different spelling. She has since stuck with that screen name for her projects and branding. Her first music video was a lip dub of “I’m a Gummy Bear” and she featured her brother in it. Her Youtube videos soon became popular and she was getting offers from record and media companies.

In the year 2010, she began corresponding with YouTuber Joey Graceffa who was located in Boston and was planning to move to Los Angeles. Then, in 2011, she met YouTuber Jimmy Wong who encouraged her to enter a YouTube video contest called Next Up where the prize was $35k. She said she entered the contest at the last minute.

She was even selected as one of the 25 winners, and she also attended a YouTube boot camp in Manhattan. And using her Next Up money, she moved to Los Angeles. In the year 2012, a YouTube upstart company called Big Frame arranged for her a trip to India where she made videos for the nonprofit organization Water.org.

She produced videos for Teen.com and also hosted their YouTube channel along with Graceffa in Los Angeles. In the same year, when Google updated its analytics to throw out inactive and closed subscriber accounts, she said she started treating her YouTube channel more like a company rather than just an Internet channel. Likewise, she likened the YouTube channel to a startup. And when she hired staff for production and marketing, she said she took on acting projects and do appearances at events.

Moreover, she produced videos five days a week. And, she would also prepare videos in a large batch for the season, so it could run over several months. She along with Graceffa participated in season 22 of The Amazing Race, where they competed as “Team Cute”. Amazing Race host Phil Keoghan said, “They are young and street-smart and savvy, and they get on very well. I could see them going a long way”.

She was the backstage correspondent for the second season of Fake Off. It was a talent show broadcast on TruTV. She also signed a deal with Disney’s Maker Studios where she worked on creating online content in the entertainment industry.  In October of that year, she along with other YouTube creators made a project called Spider-Man Murder Mystery which ran on Instagram. Meghan played the character Gwen Stacy, who also goes by “Spider-Gwen”.

Camarena starred as one of the eight correspondents of Unlocked: The World of Games, Revealed, a multi-part documentary on video games, where she followed people involved in e-sports. Then, in the year 2017, she and Wong were selected to co-host the video game-themed variety show Polaris Primetime which was created as part of Disney’s “D | XP” programming block on Disney XD. Likewise, she and YouTubers Markiplier, Jacksepticeye, and LuzuGames launched Twitch channels in 2018.

Furthermore, she has appeared at several conventions including multiple VidCons, SXSW, Playlist Live, and various Comic-Cons. And, in 2016, she was an L.A. Biz Women of Influence honoree. She also cited Tina Fey and Amy Poehler as some of her biggest influences and inspirations. Moreover, she and YouTuber Jacksepticeye hosted the Level Up! games panel at the D23 Expo 2017.

She also owns a second Youtube channel under the name “Strawburry17Plays”. She created this channel on April 21, 2015, and has altogether 38,558,490 views until now. It is a gaming channel. She is pretty active on this channel as well. 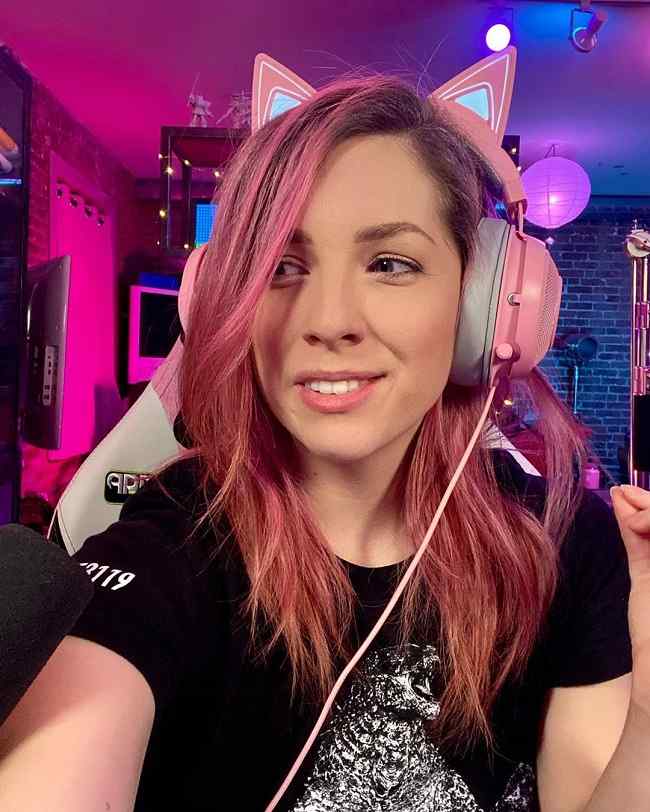 Meghan Camarena married JohnEstanislau who is also a Twitch Partner, Voice Actor, Live Stream Consultant, and Youtuber as well. They were dating since 2014 and married in the summer of 2017 at a private wedding ceremony in Los Angeles, California, United States of America. 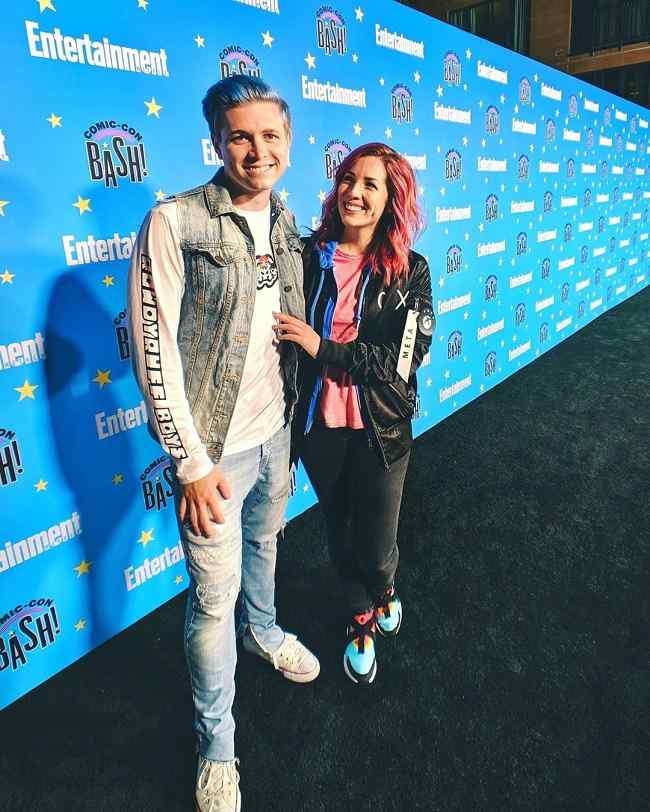 Focusing on her past relationships, she was n an unhealthy relationship with a boy in college, whom she later left. Then, she dated Jimmy Wong for two years before splitting with him in mid-2013.

Meghan has a height of 5 feet 6 inches and her weight is 55 Kg. Her other body measurements such as chest size, waist size, and hip size are 34-26-35 inches respectively. Likewise, she has a lean and slim body and a very beautiful face. And she has black hair and green eyes. Moreover, she has dyed her hair pink color at the moment. 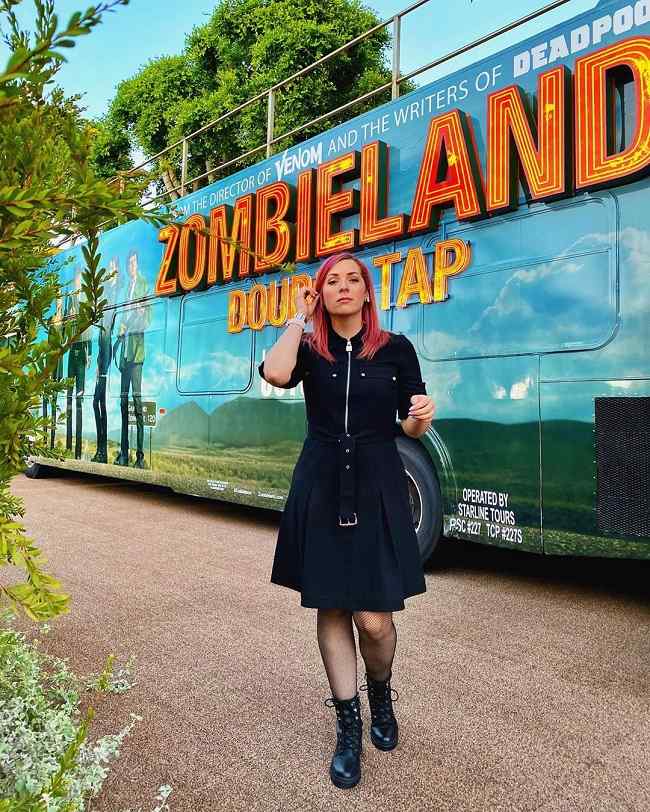 Unfortunately, we do not have accurate information on her net worth. However, considering that she has been vlogging for years, she must have a net worth of millions.