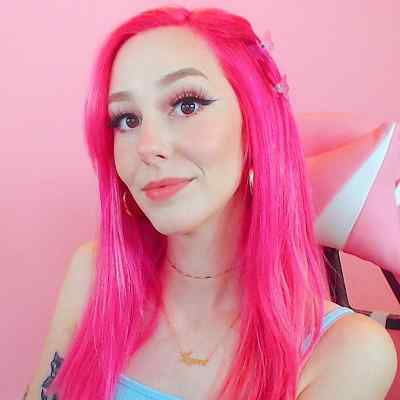 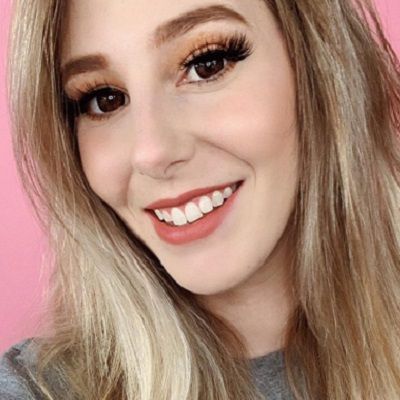 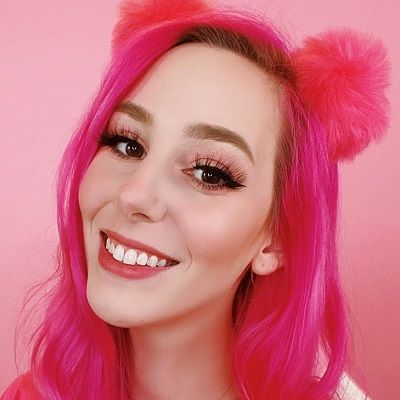 MeganPlays is an American YouTuber as well as a Twitch gamer. MeganPlays is famous for creating ‘Let’s Play ‘ videos of games from Diablo to Minecraft. Moreover, she is famous on her MeganPlays Roblox YouTube channel for her diverse vlogs and gaming videos.

MeganPlays was born on 17th March 1995, in Texas, USA. Her real name is Megan Leeds. As of 2022, she turns 27 years old and her birth sign is Pisces. She has a twin sister named Kaitlyn Leeds. Her father’s real name is not known but he is available on Instagram under the username ‘@al_leeds’. Her mother’s name is Allie Crossfit. Furthermore, she began studying graphic design in college and joined the Zeta Tau Alpha sorority. She graduated from The University of Texas at Arlington. Caption: MeganPlays clicking a photo on her graduation day with her family. Source: Instagram

MeganPlays is a YouTube star and Twitch gamer known for creating Let’s Play videos of games from Diablo to Minecraft. She has garnered millions of subscribers on her ‘MeganPlays’ YouTube channel for her diverse vlogs and gaming videos. Further, she also runs the Honey The Unicorn – Roblox YouTube channel. Megan has received many followers through collaborations with fellow YouTube gamer AviatorGaming.

She started both her YouTube channel and Twitter account, debuting with the tweet “Check out my new video! I’ve started the homeless sim challenge!” in June 2014. She exactly joined her ‘MeganPlays Roblox’ YouTube channel on June 23, 2014, and has amassed millions of subscribers.

Some of her most popular YouTube videos include ‘I Watched The SADDEST Gacha Life Movie On The Internet. (VERY Sad Gacha Studio Movie)’, ‘He Broke Up With The Mean Girl To Be With Me… Roblox Royale High Roleplay’, ‘He Didn’t Love Me Until He Found Out I Was Rich… Roblox Gold Digger Bloxburg Roleplay’, and ‘I Was Adopted But My New Mom Had A Scary Secret… Adopt Me Roblox Roleplay’.

Some other popular videos include ‘How to Download & Install Custom Content for The Sims 4! ❤’, ‘The Nerd Turned Into A MEAN Girl To Fit In… (Gacha Studio Roleplay Reaction)’, ‘She Was HOMELESS Until She Won The Lottery… (Gacha Studio Roleplay Reaction)’, and many more. Furthermore, she also collaborates with a fellow artist Zach Letter, who is also her boyfriend, on her Youtube channel.

Talking about her earnings and net worth, she probably earns a handsome amount of money. She currently earns hundreds and thousands of dollars from her YouTube career. Her estimated net worth is around $1 million.

MeganPlays began dating YouTuber Zach Letter in 2017. Then Zach proposed to Megan in Granada in May of 2018 and they tied the knot a year later. Their married date is 17 May 2019. They seem to have great bonding together. However, they are having quality time and enjoying their life together. Therefore, Megan has not made herself involved in any kind of rumors and controversies. Caption: MeganPlays and her husband Zach Letter clicking a photo on their wedding day. Source: Instagram

Concerning her body measurements, MeganPlays has a pair of dark brown eyes and blonde hair. She dyes her hair often with different colors. Currently, she has dyed her hair pink color. Apart from this, there is no more information regarding her body stats. No doubt she has amazing and an attractive personality.

As a successful social media star, MeganPlays is active on different social media platforms. She has gained over 359k followers on her ‘@meganplays’ Instagram account. She is also active on Twitter with more than 126K followers. Likewise, she is also available on TikTok under the username ‘@themeganplays’ with more than 602.5K followers and 8.4 million likes. Her ‘MeganPlays Roblox’ YouTube channel has earned over 1.57 million subscribers. Furthermore, Megan is also active on Facebook with over 274 followers.