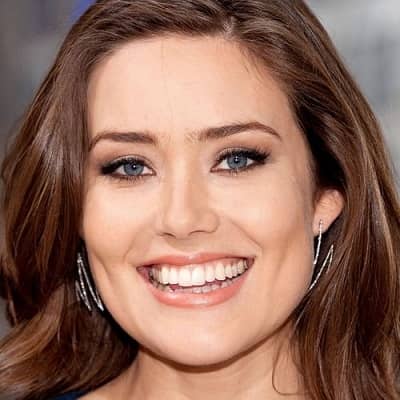 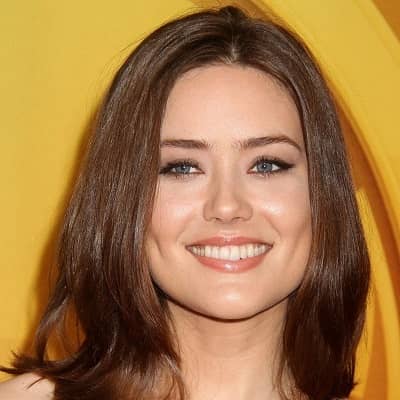 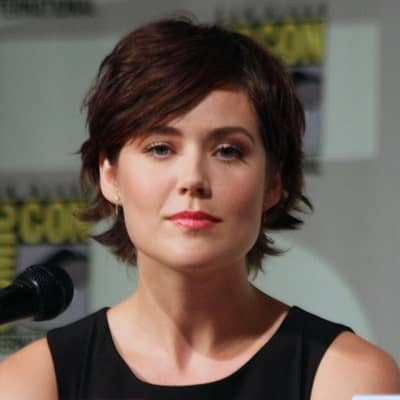 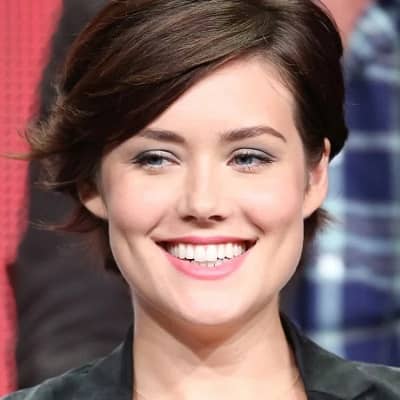 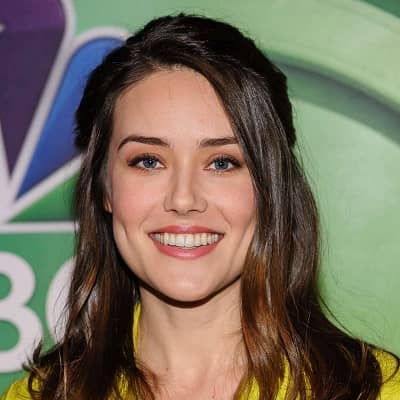 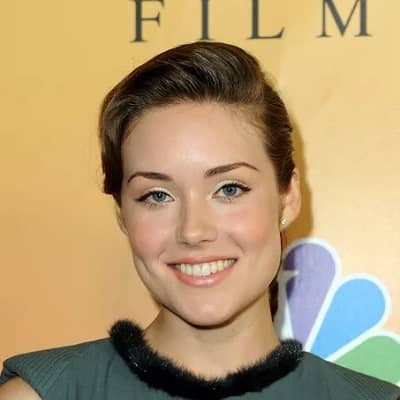 Megan Boone is a popular American actress. Megan Boone gained wide fame with her appearances in films and TV shows like The Blacklist, Welcome to the Jungle, Sex and the City 2, and Eggshells for Soil among others.

Megan Boone was born on 29 April 1983 and she is currently 39 years old. She hails from Petoskey, Michigan, and her zodiac sign is Taurus. She grew up in The Villages, Florida, after her parents moved there to be closer to her grandparents when she was a child.

Talking about her family, her father is Marcus Whitney Boone and her mother is Jennifer Parr. Her mother is the Director of Sales. Likewise, her grandfather is H. Gary Morse and he was the developer of The Villages. Furthermore, Boone has ancestry in English and German with some smaller amounts of Dutch and Scottish.

Talking about her educational journey, this personality studied acting as a student. She attended Belleview High School and graduated in the year 2001. Then in 2005, Boone graduated from Florida State University’s School of Theatre where she obtained a Bachelor of Fine Arts (BFA) in Acting. Then in late 2017, this actress started studying for an MBA in Sustainability from Bard College. 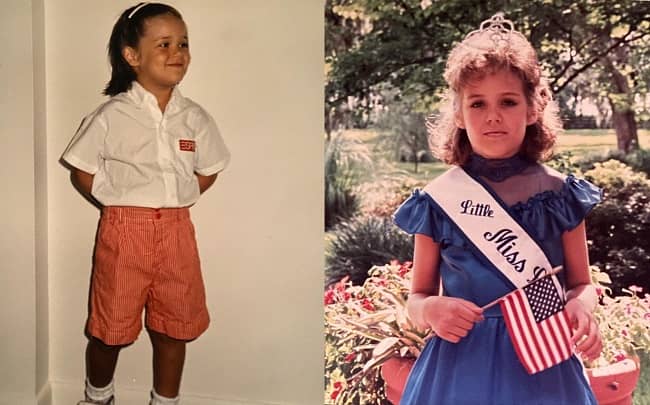 Professionally, Megan Boone is a famous actress. As an actress, Boone is most famous for her role as FBI agent and profiler Elizabeth Keen on The Blacklist. Likewise, this actress also had a recurring role in Law & Order: LA as well as an episodic appearance in Blue Bloods. Similarly, Boone has appeared in films like My Bloody Valentine 3D in 2009 and Step Up Revolution in 2012.

Talking about the beginning of her career, the actress revealed that she was hooked on acting at the young age of 7 years old. This happened after her grandparents took Boone to New York to see a Broadway play that starred Nathan Lane. 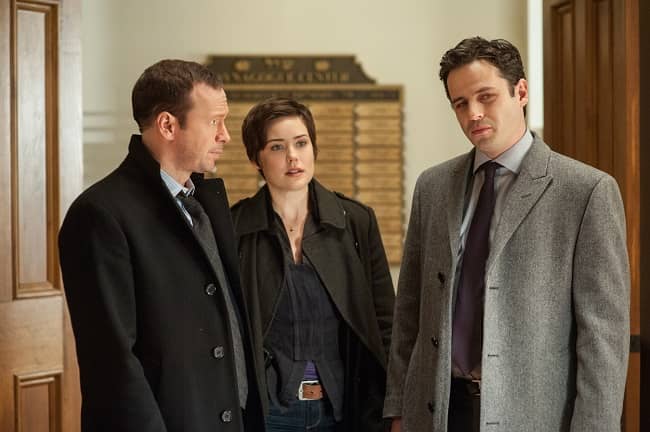 Likewise, this personality appeared in Limonade Tous Les Jours. It is the 2007 Los Angeles debut of the Charles L. Mee play. Also, she won two LA Weekly Theater Awards for her performance in this play. The actress then made her feature film debut in My Bloody Valentine 3D. It is a horror film from the year 2009. She then followed it with a supporting role in Sex and the City 2 in the year 2010.

In 2010, Boone played the role of Junior Deputy District Attorney Lauren Stanton in Law & Order: LA. The same year, the actress made her directorial debut with Eggshells for Soil. It is an independent film and some portions of this were shot in her hometown – The Villages, Florida. Likewise, the actress also appeared in Step Up Revolution in the year 2012. It is the 4th film in the Step Up series.

The actress then appeared in a starring role in the 2012 independent drama Leave Me Like You Found Me. For this role, Boone won the Gen Art Film Festival Award for Best Actress. Likewise, this actress had a recurring role on Blue Bloods in the year 2013. The same year, she also appeared in the starring role of FBI agent Elizabeth Keen in The Blacklist. More recently, actress Boone and her Weird Sister production company signed a 1st-look deal with Sony Pictures Television. 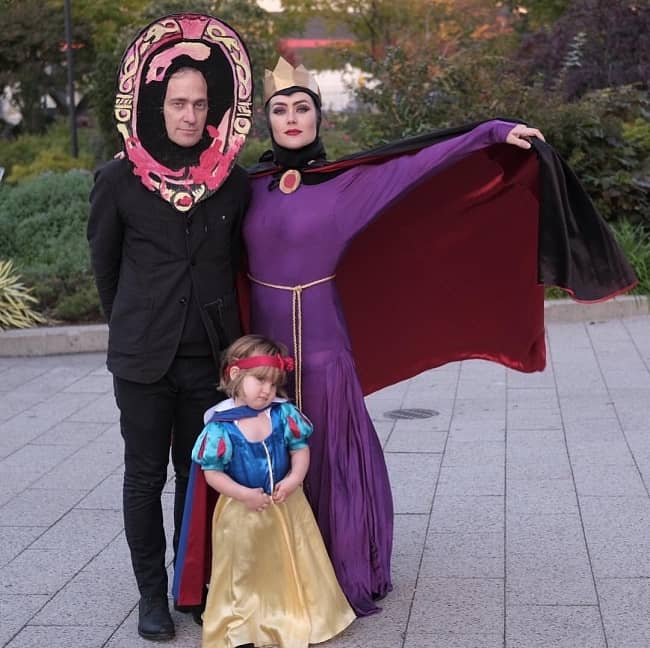 Caption: Megan Boone posing for a photo with her family on Halloween. Source: Tumblr

Megan Boone is in a romantic relationship with artist Dan Estabrook. Their romance was confirmed by Boone’s representative in November 2015. At the same time, the actress’s representative also confirmed that the lovers were expecting their first child together. Then in January 2016, actress Boone appeared on Live! with Kelly and Michael where she also revealed that the lovers were engaged and expecting a girl. The couple then welcomed their daughter named Caroline on 15 April 2016 and shared the news via Instagram. 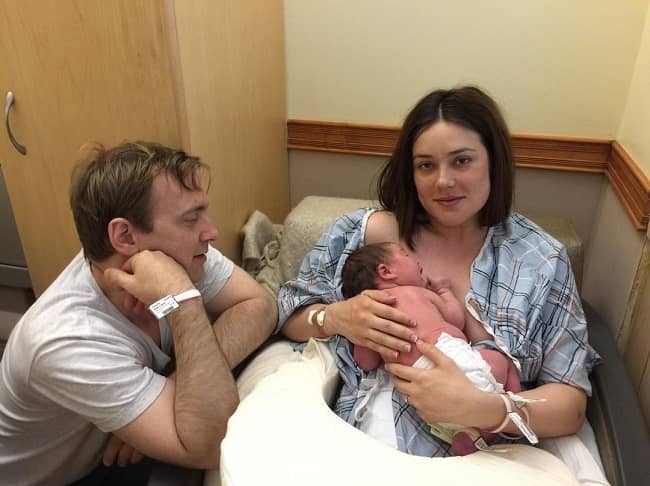 Caption: Megan Boone in a photo after giving birth to her daughter. Source: Instagram

Megan Boone stands tall at an approximate height of 5 feet 6 inches or 169 cm and her weight is around 54 kg or 118 pounds. Likewise, the young actress has a chest-waist-hip measurement of around 34-26-35 inches respectively. Further, actress Boone has mesmerizing blue eyes and dark brown hair.

Megan Boone is available on Instagram under the username @msmeganboone. As of May 2022, the actress has garnered over 602k followers on her Instagram profile. Besides this, Boone doesn’t seem to have official accounts on other platforms like Twitter, Facebook, etc. Moving on, actress Boone has a net worth of around $4 million US dollars as of 2022.