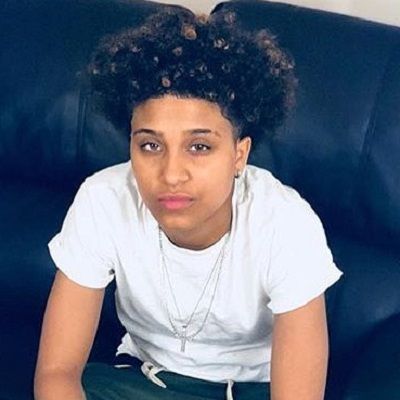 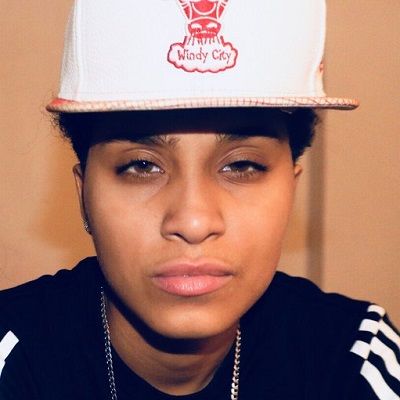 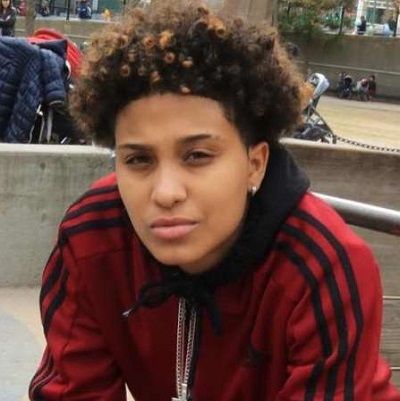 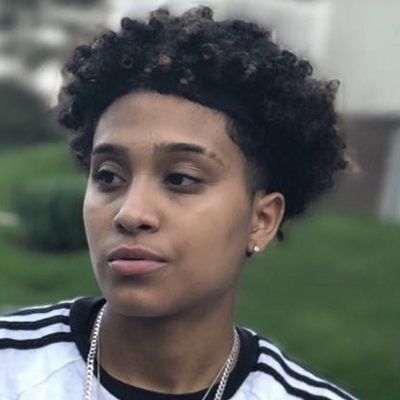 Meech is an American social media personality who became famous for her collaborative YouTube channel with her ex-girlfriend Nay. Meech now runs the channel ‘Jaelen & Meech 5Eva’ with her girlfriend Jaelen.

Meech came to this world on April 6, 1996, in Brooklyn, New York, USA. Currently, she is 26 years old. Her full name is Champagne Meech. She has a brother. She has not shared any more information related to her family background.

There is also no information regarding her educational background. However, she is a music lover. Her favorite genre of music is rap and hip-hop. Her favorite hip-hop artist is ‘Fabolous.’

Meech is active on different social media accounts. Her Instagram account is private and she has gained over 110K followers under the username ‘@champagnemeech’.

When Meech started her relationship with ‘Nay,’ it became more difficult for her to get that desired acceptance. To get through the issue, they both chose social media platforms to reveal their story.

On January 6, 2017, they together created a YouTube channel, ‘Nay and Meech.’ Their first post was a couple’s tag which was sort of an introduction video.

The couple posted a heart-touching video where they revealed their story of coming out about their sexual orientation. They have also shared their love story, and have answered many of their fans’ questions regarding their relationship.

This channel started with the thought of sharing their lives and struggles, but later became a medium of entertainment too. They offered numerous prank and challenge videos to show their humorous and quirky side.

They participated in many ‘internet viral’ challenges, such as Wet Head Challenge, SISTER VS GIRLFRIEND, SMASH OR PASS, Dirty Lie Detector Test Challenge, CHAPSTICK CHALLENGE, and many more.

Among the prank videos on the channel, the most viewed one is titled ‘I Don’t Want To Kiss You Prank’, which has earned over 1.4 million views to date. 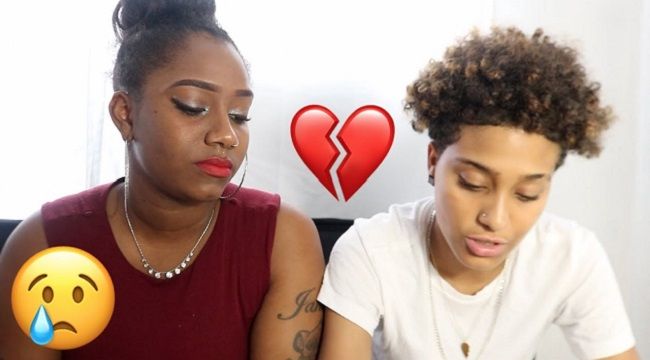 Coming out as a lesbian

When she was a kid, she used to dress up more like a boy. She never liked to wear dresses or skirts. Her tom-boyish attitude slowly became a concern for her conservative family. After hitting the teenager, she realized that she was a lesbian.

Her family went completely against her. She was boycotted from every family event and her parents felt ashamed of introducing their daughter to society. As a result, she underwent anxiety and depression.

It was a very difficult time for her and she was completely broken at that point. She got her confidence back again when her mother and her brother accepted her sexual orientation. Her brother even helped her to get close to her girlfriend Nay.’

She has a collaborative YouTube channel with her new girlfriend, Jaelen. ‘Jaelen & Meech 5Eva’ was created on March 30, 2017. Moreover, some of the most popular YouTube videos are ‘MY SIDE’, ‘Our First Trip Together✈️’.

His other videos are ‘NO HANDS KISSING CHALLENGE (EXPLICIT CONTENT?) #JAELENANDMEECH5EVA’, ‘What Happens In Vegas Stays In Vegas…’, ‘Girlfriend Tag | Our First K! ss’, ‘CHRISTMAS SHOPPING WITH GIRLFRIEND’.

Likewise, some more are ‘Chapstick Challenge **GETS FREAKY** | SPECIAL GIVEAWAY!!’, ‘Am I Truly Happy? | Updated Q/A’, and many more.

She has posted only one video on her YouTube channel titled ‘READING PEOPLE’S ASSUMPTIONS ABOUT ME ?’ which has gained over 5.1K views.

Meech met Nay in high school. They went to the same school and later started dating. Then, both of them were just out of a terrible relationship. She loved Nay’s voice and with a little help from her brother, she got Nay’s number.

They began having long chats and soon they were into a relationship.

Although they do not fight often, they do have some issues with each other’s habits. Nay is very finicky about hygiene and cleanliness while she keeps messing around. This is one of the major issues they pick up fights on.

She keeps pestering Nay with her bad habit of littering inside their home. However, they did have some issues in the past that affected their relationship a lot. They have broken up many times before but ended up reconciling every time.

Nay and she shared a son. However, they broke up in 2019 and close their channel. Currently, she is in a relationship with Jaelen. They began dating in late 2019. They also have a collaborative YouTube channel named ‘Jaelen & Meech 5Eva’. 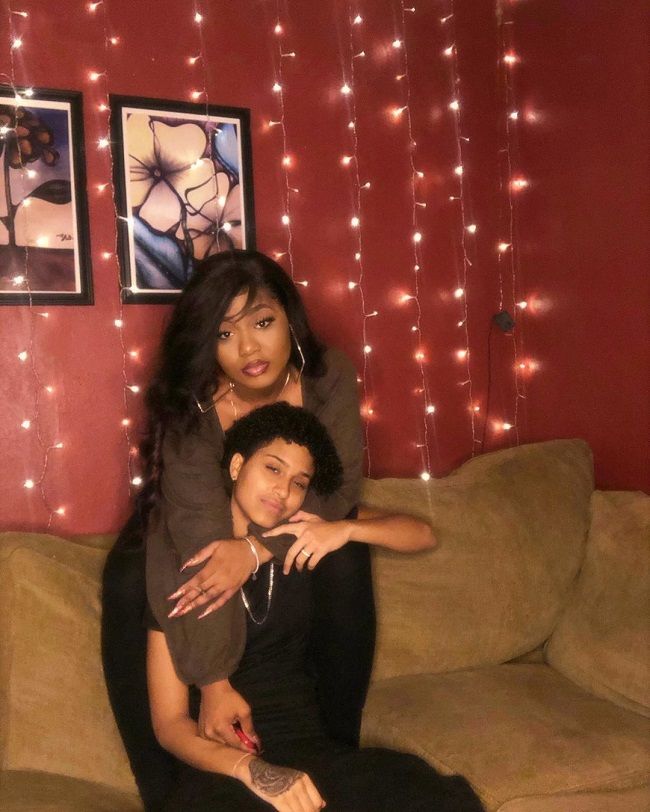 She has not shared any details regarding her body measurements. However, Meech is fond of body piercing and tattoos. She got her first tattoo at the age of 16. Moreover, she has curly dark brown hair and brown eyes. 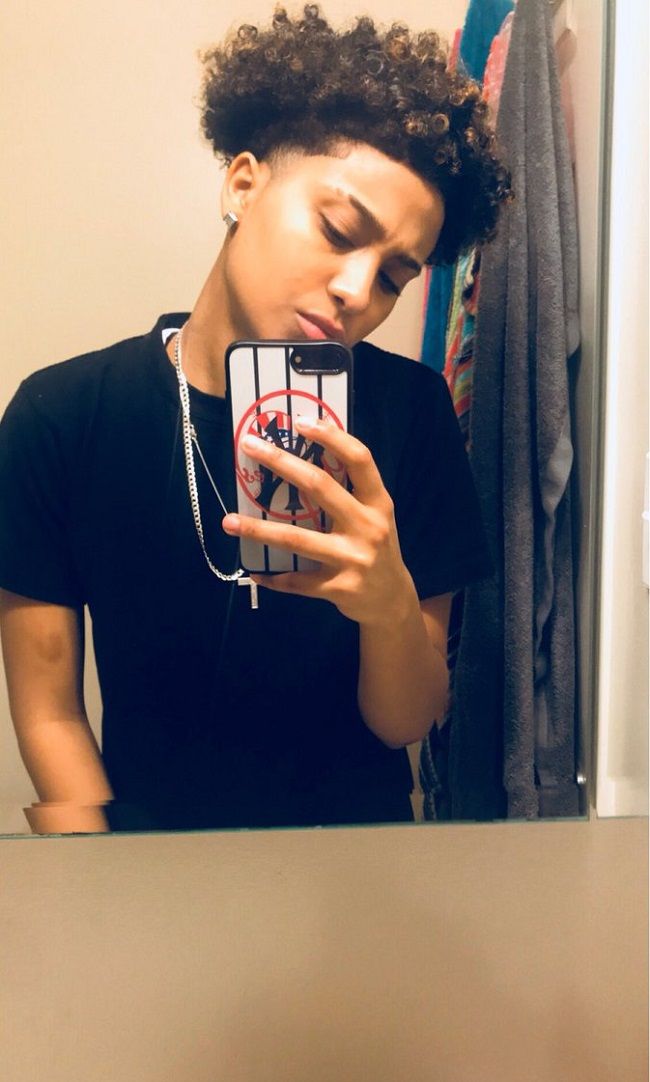 Now, talking about her earnings, she probably earns a certain amount of money through her YouTube career. However, her estimated net worth is around $12K.