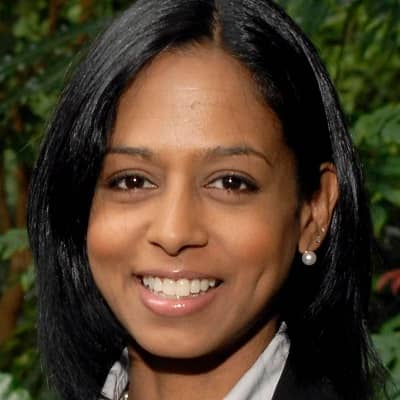 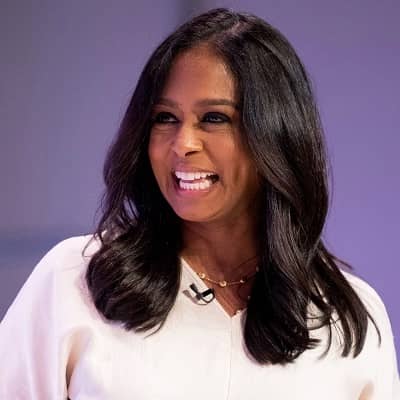 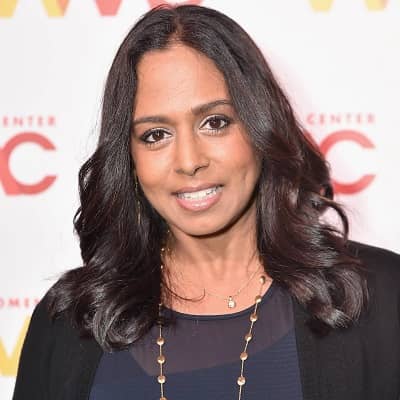 Maya Harris was born on 30 January 1967 and she is currently 55 years old. She hails from Champaign-Urbana, Illinois, and her zodiac sign is Aquarius. Likewise, her full name is Maya Lakshmi Harris and she grew up in the San Francisco Bay Area and Montreal, Quebec.

Talking about her family, her mother is Shyamala Gopalan Harris and her father is Donald Harris. Her mother was a breast cancer researcher who emigrated from Chennai, India in the year 1960. Whereas, her father is a Jamaican-born Stanford University economics professor who is now emeritus. Likewise, she has a sister namely, Kamala Harris. The Harris siblings grew up with beliefs from Baptist and Hindu faiths. 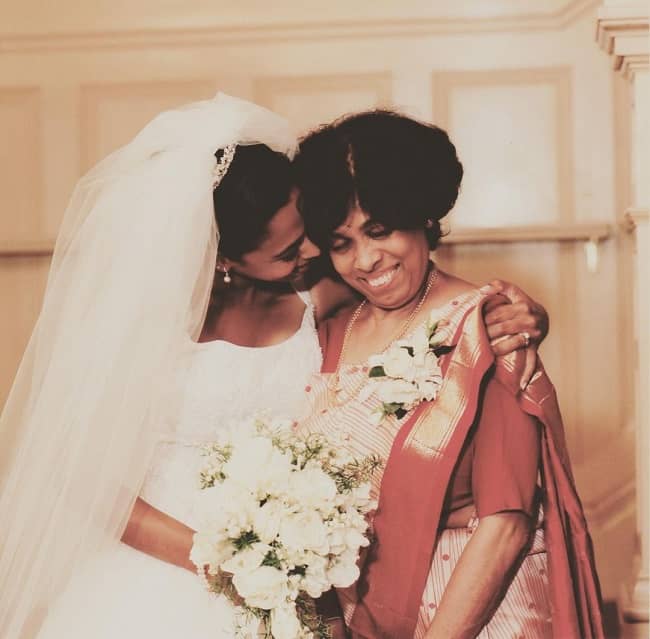 Caption: Maya Harris posing for a photo with her mother at her wedding. Source: Instagram

Regarding her educational journey, Harris attended Bishop O’Dowd High School. Later on, she went to the University of California, Berkeley, and obtained a Bachelor of Arts degree in 1989. The same year, Harris enrolled in Stanford Law School.

At this institution, Harris was an editor of the Stanford Law Review as well as active with the East Palo Alto Community Law Project. As such, this personality served as the Co-Coordinator of the Domestic Violence Clinic and Co-Chair of the Student Steering Committee. Furthermore, Harris received her J.D. degree in the year 1992 with distinction. 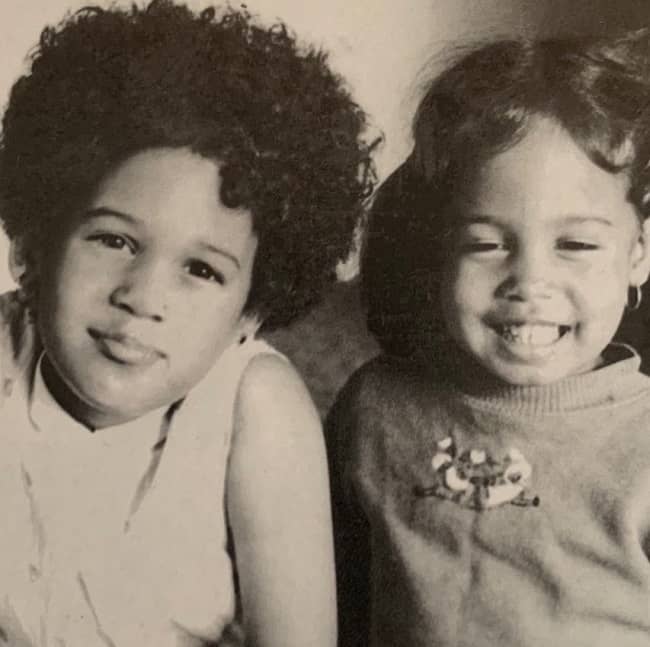 Professionally, Maya Harris is a lawyer, writer, and public policy advocate. This personality was one of three senior policy advisors for Hillary Clinton’s 2016 presidential campaign’s policy agenda. Additionally, Harris served as chair of the 2020 presidential campaign of her sister, Kamala Harris. Moreover, this personality was involved with PolicyLink, the Center for American Progress, and the American Civil Liberties Union.

Similarly, this personality was the youngest dean of a law school in the United States. At present, Harris serves as the vice president for democracy, rights, and justice at the Ford Foundation.

This personality received the Junius W. Williams Young Lawyer of the Year Award in 1997 from the Young Lawyers Division of the National Bar Association. The next year, the San Francisco Daily Journal named this personality as one of the Top 20 Up and Coming Lawyers Under 40.

Further, in the year 2006, this personality was named one of 10 notable Desis of the year and received the Women Who Dare Award from Girls, Inc. in the year 2008. Then in 2009, this lawyer was named to the first class of The Root 100. Additionally, Equal Rights Advocates presented this personality with the Champion of Justice Award in 2014, an award annually given to a hero in the movement for gender equality. 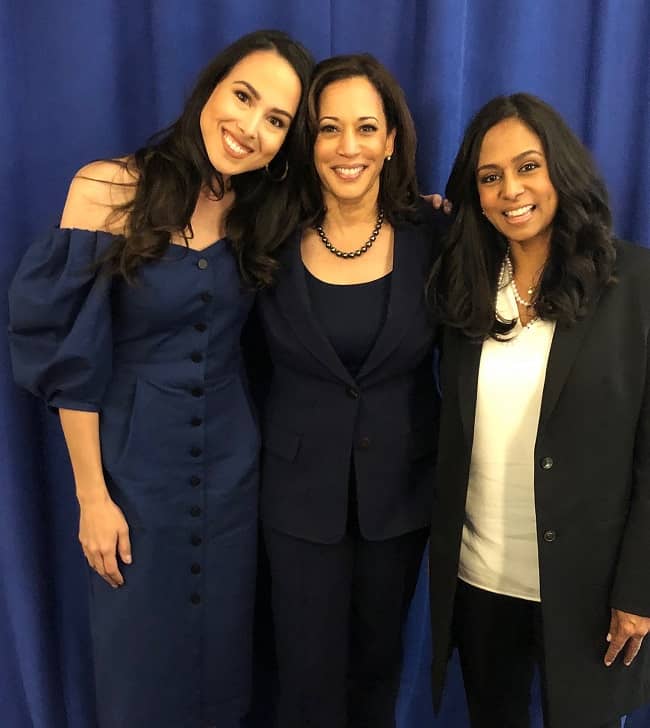 Similarly, talking about her career as a writer, this personality authored the essay Fostering Accountable Community-Centered Policing. This essay appeared in the 2006 book The Covenant with Black America. Likewise, Harris was a contributing author to The Shriver Report: A Woman’s Nation Pushes Back from the Brink. For this, Harris published the essay The Gender Wage Gap: A Civil Rights Issue for Our Time.

Furthermore, this personality authored publications like Community-Centered Policing: A Force for Change which highlights community-centered policing practices nationwide, and Organized for Change: The Activist’s Guide to Police Reform which is an advocacy manual for police reform.

Then in 2008, this personality published Making Every Vote Count: Reforming Felony Disenfranchisement Policies and Practices in California. Additionally, in 2014, Harris authored Women of Color: A Growing Force in the American Electorate. More recently in 2020, this personality wrote in The Atlantic and Women’s Health Magazine about living with the chronic illness lupus. 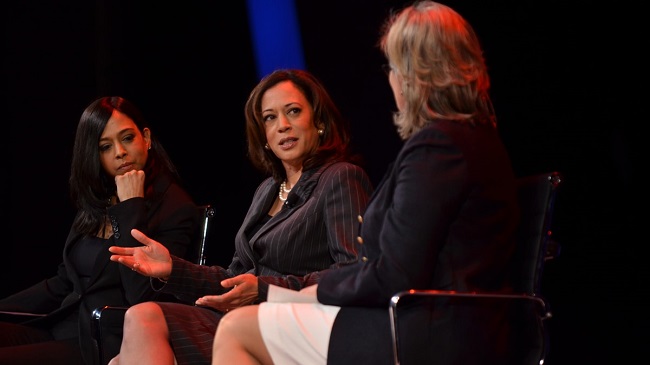 Caption: Maya Harris in a program with her sister Kamala Harris. Source: The Daily Beast

Maya Harris is happily married to Tony West since July 1998. The lovers were in the class of 1992 at Stanford Law School and hence became friends. Their relationship turned romantic only after graduation. Previously, Harris gave birth to her only child, Meena Harris, at the young age of 17 years.

There is no information related to her daughter’s father. Further, her daughter graduated from Stanford in the year 2006 and from Harvard Law School in the year 2012. Moreover, this personality revealed in 2020 that she was diagnosed with lupus at the age of 22. 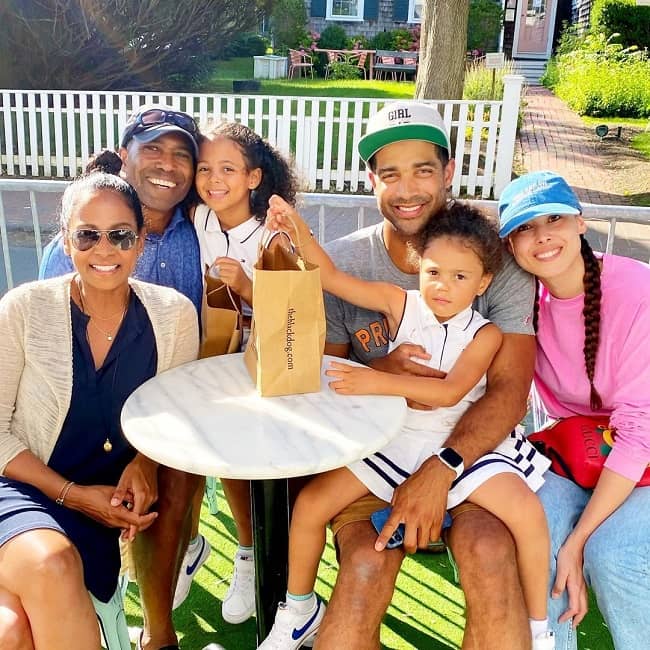 Maya Harris stands tall at an approximate height of 5 feet 8 inches or 1.73 meters and her weight is around 50 kgs. Likewise, this lawyer has a chest-waist-hip measurement of 34-28-36 inches respectively. Similarly, this American lawyer has dark brown eyes and hair of the same color.

Maya Harris joined Twitter in January 2014 and so far has over 471.1K followers on her @mayaharris_ account, Likewise, she is available on Instagram under the username @mayaharris_. As of May 2022, this profile has garnered more than 188K followers. Moving on, lawyer Harris has a net worth of approximately $1.5 million US dollars.