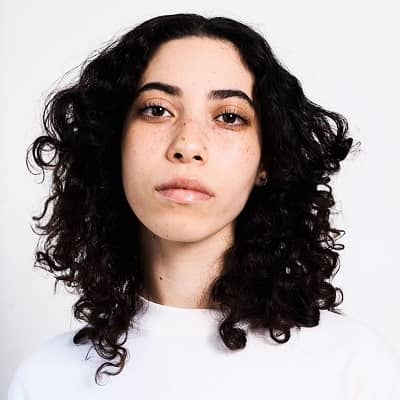 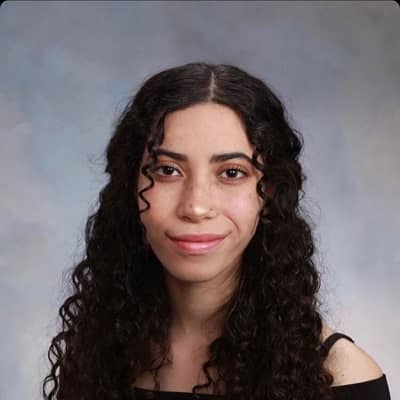 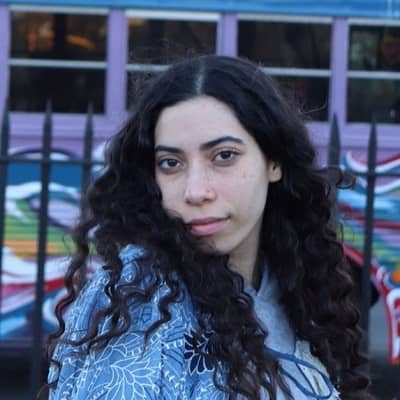 Maya Boyce is a young prominent American actress. Maya Boyce is mostly popular as the young sister of the late actor Cameron Boyce.

Maya Boyce was born on December 28, 2001, and her birthplace is California, USA. She recently turned 20 years old and her zodiac sign is Capricorn.

Talking about her family, her mother is Libby (Elizabeth) whereas her father is Victor Boyce. Similarly, she also had a brother named Cameron Boyce.

However, Cameron suddenly passed away on 6 July 2019, due to an epileptic seizure.

Her elder brother had previously been diagnosed with epilepsy and he also had an ongoing medical condition for which he was being treated. Talking about her brother, she says:

Cameron was my best friend. He is someone I will always idolize. His smile could light up a room, unlike anyone else’s. He was perfect and always said that if you have a voice, you have a privilege of using that voice for change, and he did not take that idea lightly. He understood his responsibility as someone so many kids would look up to.

Her paternal grandmother (father’s mother) is Jo-Ann Boyce. She was one of the “Clinton 12.”

It is a group of 12 African-American teenage students who integrated Clinton High School in Tennessee a couple of years after the 1954 Brown v. Board of Education decision.

Her brother, Cameron, also told the story of his nana (i.e. Jo-Ann) in a piece for Disney Channel’s Be Inspired short-film series.

This film series was produced in commemoration of Black History Month. Moreover, her grandmother later worked as a pediatric nurse and was also a professional singer. Her family also has a pet dog named Cienna. 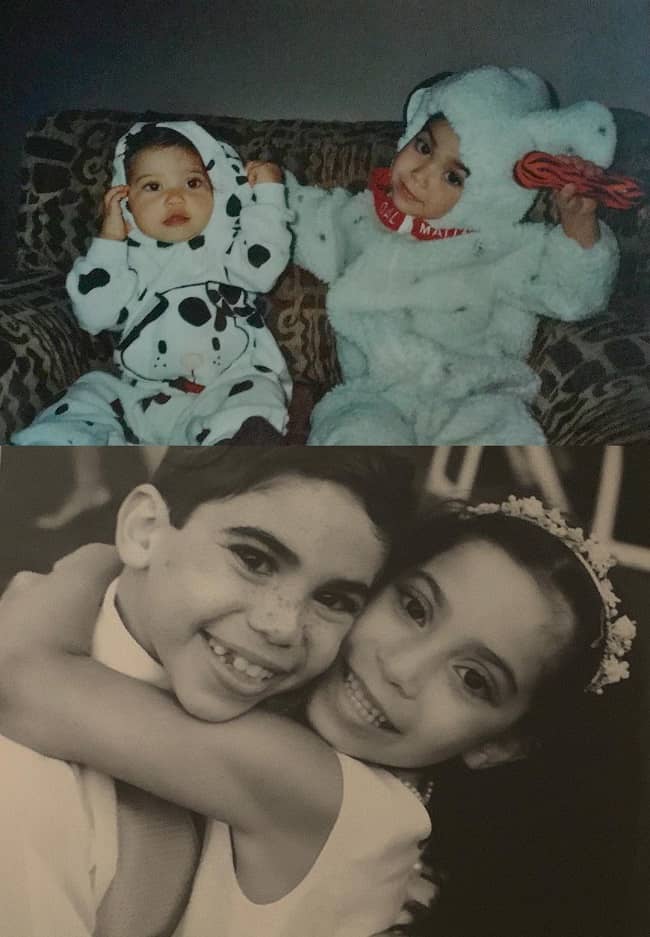 Talking about her net worth and earnings, the young actress has a net worth estimation of approximately $500,000 dollars.

Maya Boyce is in a romantic relationship with PJ Diaz (aka @pjfdiaz on Instagram). The lovers also attended their prom in 2019 together with their friends.

Likewise, the couple also shares social media posts on each other’s personal accounts frequently. They have also traveled to various locations together sharing adorable photos on their Instagram. 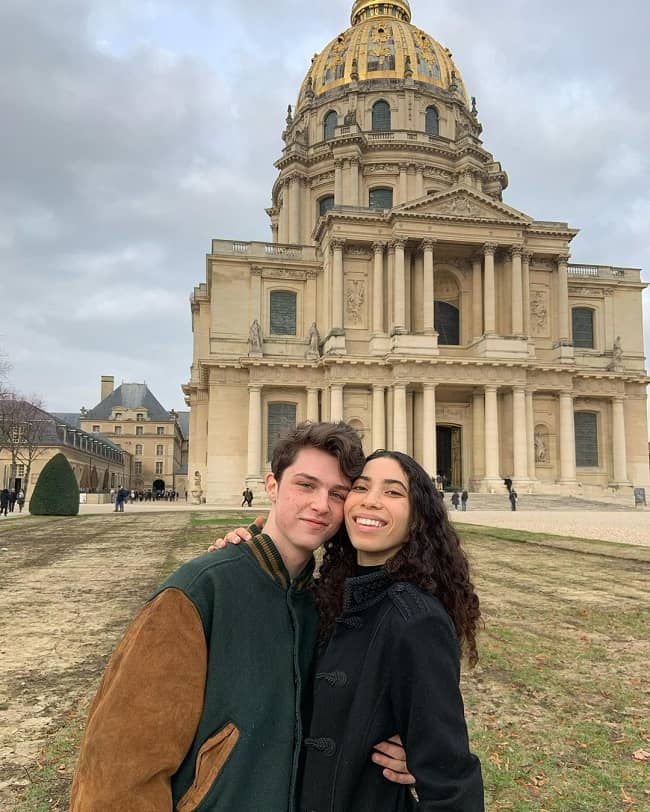 Maya Boyce is mostly renowned as the sister of the late film and television actor Cameron Boyce.

She is exceptionally popular on Instagram where she posts pictures alongside friends and family to her @maya.elan account.

Similarly, the young star has over 600,000 followers on the photo and video-sharing platform.

Likewise, she was only about 7 years old when his late celebrity brother, Cameron, got his first acting job.

Along with her actor brother, she also attended the premiere of the Pixar film Planes. She was then cast as the character Brenda in the TV movie (home)Schooled. She is also a part of Disney 365 released in 2013 and Piper’s QUICK Picks released in 2010.

Talking about her family member’s professional life, her father, Victor Boyce, is popular as the father of the young actors she and Cameron.

Maya’s father also has more than 700,000 followers on his Instagram account in which the celebrity dad shares family pictures including tributes to his late son and other pictures from his day-to-day life.

Victor Boyce is also a cyclist who enjoys road riding as well as mountain biking. His first bike was a Schwinn Sting-Ray. Sadly, his bike was stolen and he later replaced it with a green Schwinn Varsity 10-speed.

Caption: Maya Boyce posing for a photo with her parents Victor and Libby Boyce. Source: Instagram

Further, her mother Libby (Elizabeth) Boyce worked as a social worker on skid row during the AIDS epidemic and also with homeless people.

Similarly, her mother is originally from New Haven, Connecticut, and her @libboyce Instagram handle has earned over 480k followers.

Libby then started a foundation in her late son’s name called “The Cameron Boyce Foundation”. This foundation began to operate in Los Angeles through “Network for Good”.

It provides young people with artistic and creative outlets as alternatives to violence and negativity. The foundation also uses resources and philanthropy for positive change in the world.

Similarly, the foundation revealed that the first project to be carried out was “Wielding Peace”.

The foundation officially launched it on 16 August 2019 after the initial announcement on 25 July 2019. They later donated $8,000 to the “Thirst Project” to build a well in Uganda.

Maya’s brother is the late actor Cameron Boyce. He would have been 21 years old had he survived his epileptic seizures on 6 July 2019.

Nevertheless, Cameron had a wonderful life despite his untimely demise. He was a phenomenal teen actor and dancer. Cameron had his breakthrough roles as a child actor in Grown Ups and Eagle Eye.

The late young actor also landed starring roles as Luke Ross in the popular Disney series Jessie and also as Conor in Gamer’s Guide to Pretty Much Everything. 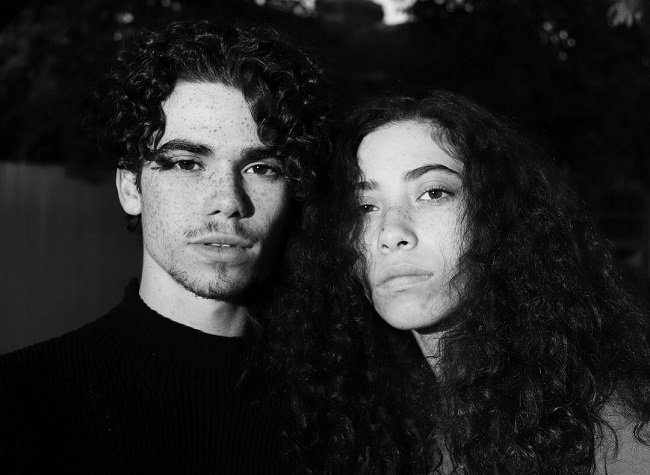 Caption: Maya Boyce is captured in a portrait with her late brother Cameron Boyce. Source: Instagram

Similarly, prior to all the international fame at such a young age, Cameron made his acting debut in the film Mirrors in the year 2008. The late actor was only 9 years old back then.

Cameron also appeared in the Panic! at the Disco music video for their song That Green Gentleman (Things Have Changed) in one of his first acting roles.

The late actor-dancer then rose through the ranks of the breakdancing world with the dance crew “X-Mob”. In the year 2019, Cameron appeared as Zack in Mrs. Fletcher on the broadcasting channel HBO.

She stands tall at a height of approximately 5’5″ and her weight is around 47 kg. Likewise, the young actress’s body measurements are 34-26-38 inches respectively.

Also, she has dark brown eyes and curly hair of the same color.

Further, Maya Boyce is available on Instagram under the username @maya.elan. The young actress has shared 114 posts and garnered more than 630k followers as of January 2021.