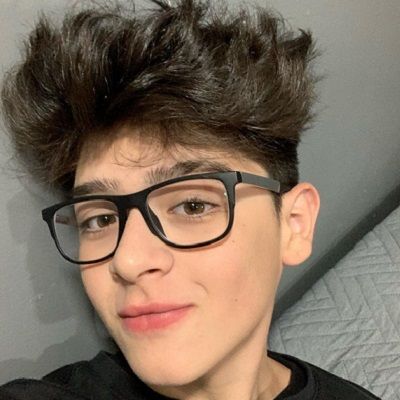 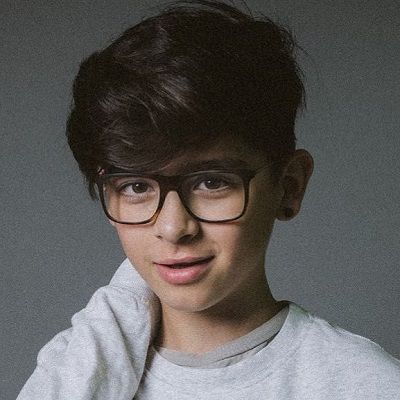 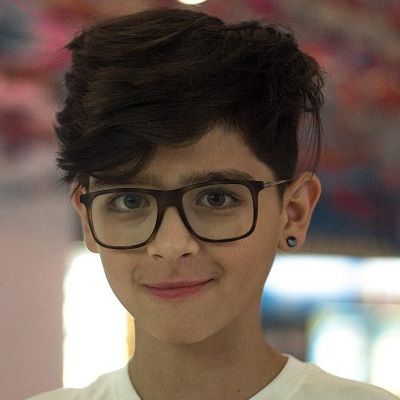 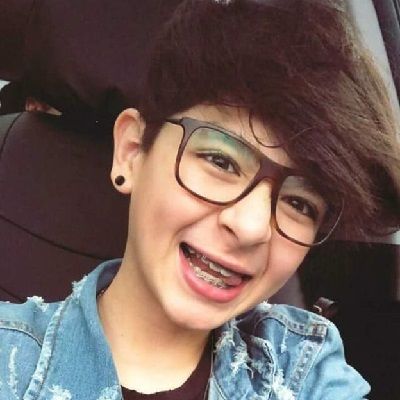 His nationality is Chilean but his ethnicity is unknown. Likewise, his full name is Alejandro Maximiliano Valenzuela Morales.

His parents are Aldo and Fabiola. He has four siblings, two younger sisters named Josefa and Florencia and two older sisters named Aris and Taylor. There is no information regarding his educational background.

As a successful social media star, he is active on different social media platforms with a huge number of fans. Max has earned more than 2.1 million followers on ‘@max.valenzuela01’ Instagram account.

He is also quite famous on Twitter with more than 10.6K followers under the username ‘@ Maxvalenzuela18’.

Similarly, he is also available on TikTok under the username ‘@max_valenzuela._’ with more than 66.5K followers and more than 194.2K likes.

He is also available on Facebook with more than 207K followers under the username ‘@max.valenzuela.001’. His self-titled YouTube channel has earned over 1.84 million subscribers.

He began his Instagram account in February 2017. He earned massive popularity there for his fashion modeling and personal lifestyle photo blogging.

Max had an interest in singing, which would mean the first steps in his career in music. In September 2018, he released his debut song as a singer titled “Te Encontré.”

He joined his self-titled YouTube channel on August 6, 2017. He has not uploaded more videos.

“Music has always been an important channel of expression for me, I love it. All-day long I’m listening to music, different styles, from trap to rock, I do all that to get to know ”, said Max, who has three songs, and two video clips, of which one ( I found you ) exceeds 18 million views on YouTube. In addition, he has written six songs: “I am very happy about that,” he said. 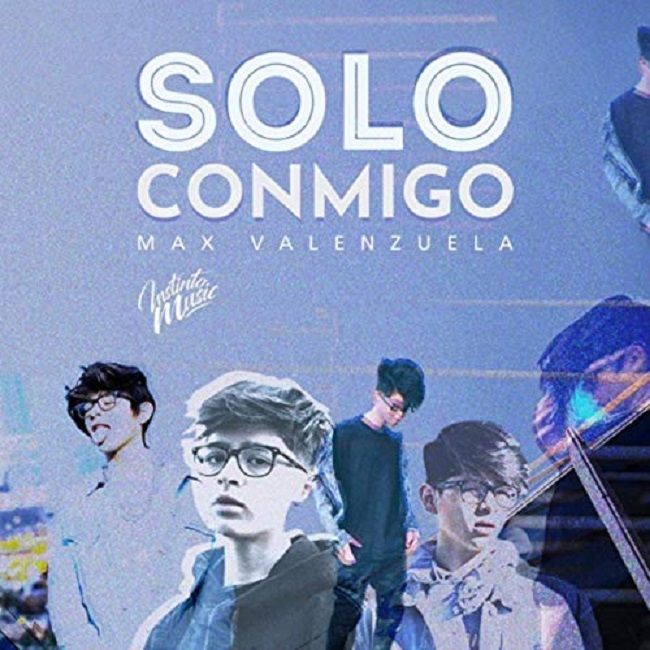 However, despite gaining thousands of followers – whom he calls “maxistas” – along with virtual fame, he began to face harsh comments from some users.

“At the beginning it was complicated, I felt bad,” he acknowledged. However, he explained that the containment of his family and producer helped him deal with the abusive comments: “Today it doesn’t matter to me, those people, who spend their time throwing bad vibes. I get constructive criticism, but I don’t spend my time answering nonsense from ‘haters’.”

Besides, he also stated, “I am concerned with working, growing, creating, loving my family and those who give me love. I have an incredible time with what I do, and that makes me happy, ” he also received dozens of supportive comments and who also has more than a million followers on YouTube.

He joined a campaign to combat bullying (# NoMásBullying), which aims to report these situations and help victims. “Youth has to say enough to any indication of abuse.

Not because you hide behind a keyboard you must have impunity, that must end, because today it could be that person, but tomorrow it could be me or you,” he said.

“It is very easy to say ‘poor thing’ or ‘I always knew they treated him badly, that makes you an accomplice, we must assume our responsibility,” said the teenager who is in high school. “Bullying is a serious problem,” he emphasized.

Regarding people who write destructive comments on networks, he said: “Hopefully one day they can analyze their lives, I do not judge them, because their behavior perhaps comes from many deficiencies they may have.

Hopefully one day they will understand that hate doesn’t get you anywhere. Nothing gives you the right to harm and wish the worst for anyone, tolerance is not agreeing with everything or that we are the same, tolerance is thinking and having different tastes, and we must respect. ”

“My times are now more organized because there are commitments that I like and must fulfill.

At school everything has been normal, I have their support, sometimes I have to give tests later, but everything under the context of any other student, my course is ‘cool’, super cool, I also behave very well ” he says with a laugh.

One of the events to which he was invited is the ExpoHobbie, one of the most important calls in Chile on Asian culture and video games that will take place at the end of the month.

“I am super happy and grateful for the production because he thought of me for this important event. My show is super familiar, I sing my songs, we do entertaining dancing, contests, I bring gifts and many surprises, ”he said.

There are not many details regarding his personal life. But it is believed that he has dated a social media star, Ignacia Antonia.

He doesn’t seem to be dating anyone currently. Max is most probably single at the moment. Likewise, he has not been involved in any kind of dating rumors until today. 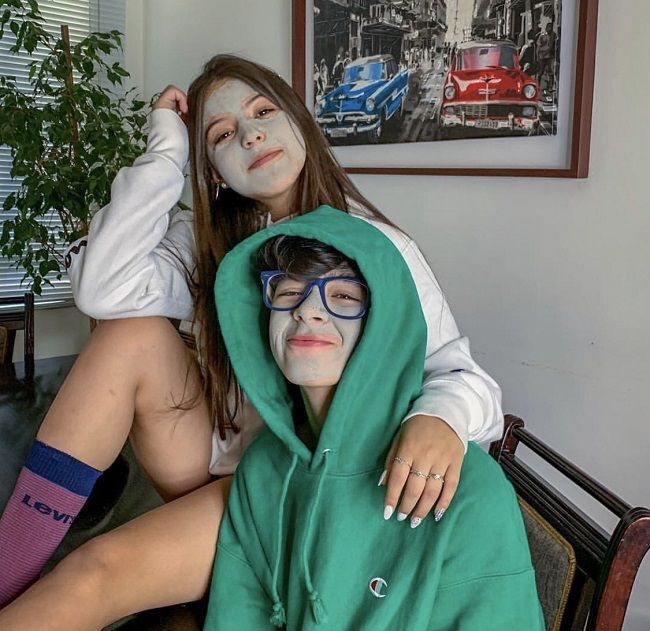 Max is a good-looking boy with an amazing personality. He stands tall at a height of 5 feet 5 inches and weighs around 53 kg.

Further, he has brown hair and light brown eyes. His other body measurements are not revealed. 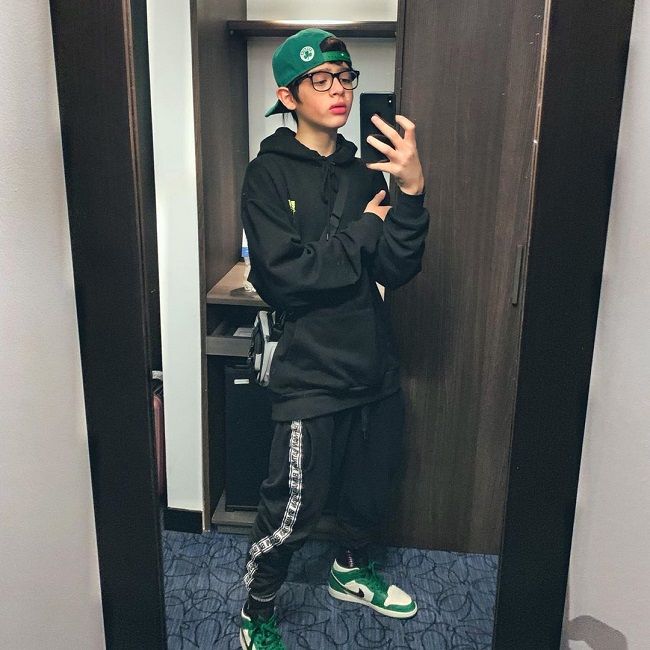 Heading towards his earnings and net worth, no doubt he has earned a handsome amount of money through his profession.

At a very young age, he can manage his finance himself which is a great achievement in his own life. However, he has not revealed his exact earnings to the public yet. So, there are no details of his earnings.