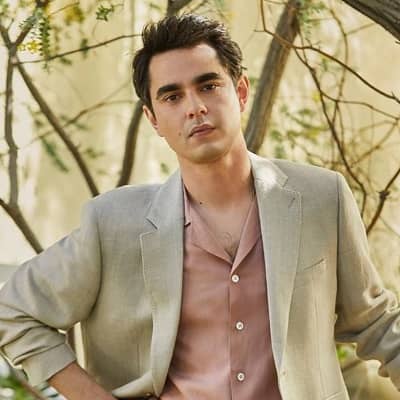 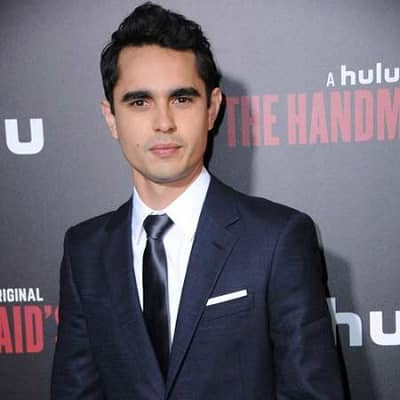 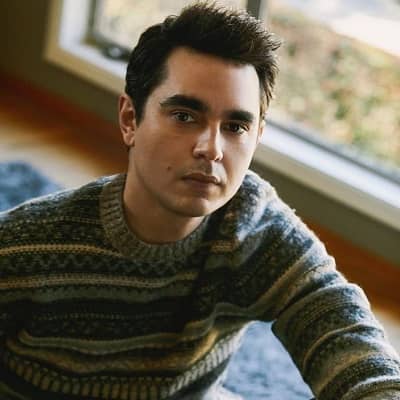 Max Minghella is a prominent English actor and filmmaker. Max Minghella gained immense fame for his roles in films and TV series like “Spiral”, “Teen Spirit”, “The Internship”, and “The Handmaid’s Tale” among several others.

Max Minghella was born on 16 September 1985 and he is currently 35 years old. His full name is Max Giorgio Choa Minghella. Likewise, Max hails from Hampstead, London, England, and his zodiac sign is Virgo. Talking about his family, Max’s parents are father Anthony Minghella, who lived from 1954 to 2008, and mother Carolyn Jane Choa. He also has a brother named Hannah Minghella and is also famous as the nephew of Edana Minghella and Dominic Minghella.

Max’s father was a director whereas his mother is a dancer and choreographer. Moreover, Max’s father was born in Ryde, Isle of Wight, and was of Italian descent. Meanwhile, his mother was born in Hong Kong. Max’s maternal grandfather was of three-quarters Han Chinese and one-quarter Jewish descent, and his maternal grandmother was of Chinese, English, Irish, Parsi, and Swedish ancestry. 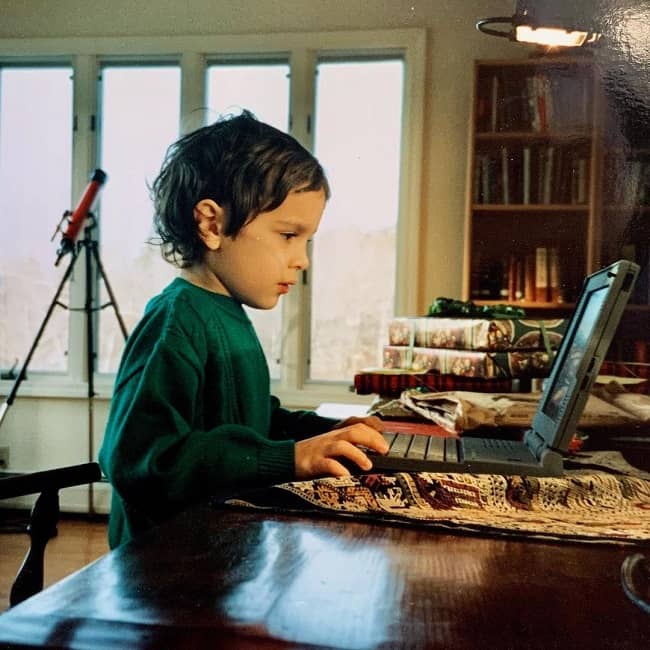 Also, Max spent time on his father’s film sets while growing up. Talking about his educational journey, Max graduated from St Anthony’s Preparatory School and University College School in Hampstead. Later on, Max attended Columbia University as this was his first priority. There, Max studied history and then graduated in the year 2009.

Max Minghella is a prominent actor and filmmaker. Max has appeared in several American films and his debut film is Bee Season released in 2005. Following this, Max went on to star in Art School Confidential in 2006, The Social Network in 2010, and The Internship in 2013. While writing this biography, Max Minghella appears as Nick Blaine in the drama series The Handmaid’s Tale.

Before making his debut as an actor, Max typically worked on films only during his summer break while still in college. Max felt like an English boy at an American school, kept to himself, and most of his fellow students didn’t even know that he was an actor.

Moreover, talking about his inspiration behind becoming an actor, Max said that it was during his late teenage years. This was particularly after seeing a production of the play This Is Our Youth in London’s West End. Subsequently, Max dropped out of the University College School and went on to pursue an acting career. For this, he attended the National Youth Theatre.

Furthermore, Max Minghella also had an uncredited appearance as an extra in his father’s film Cold Mountain. The actor’s first professional role was in Bee Season. In this film, the actor portrayed the role of the son of a dysfunctional Jewish American family. Also, Max Minghella’s other November 2005 role was Syriana. It is a political thriller in which Max portrayed the role of the son of George Clooney’s CIA agent character.

Then in the year 2006, the actor starred in Art School Confidential. It is a comedy film whose director is Terry Zwigoff. Max also appeared in the film, Elvis and Anabelle. It is a dark romantic drama in which Max plays the role of an undertaker’s son. This film premiered at the South by Southwest film festival in the year 2007.

The same year, Max was also cast in Hippie Hippie Shake. It is a Beeban Kidron film about writer Richard Neville set in 1960s London. Then in March 2008, Max starred in Agora, which is Alejandro Amenábar’s second English language film. It is set in 4th century Egypt and revolves around the Hypatia of Alexandria.

The same year, Max Minghella played the character of a pompous film director in How to Lose Friends & Alienate People. He was also seen in a segment of the dark comedy Brief Interviews with Hideous Men. Max played the role of Divya Narendra in The Social Network. It is David Fincher’s 2010 film which is about the origins of Facebook. Max’s character is one of the Harvard upperclassmen who sue Mark Zuckerberg for stealing the idea behind Facebook. 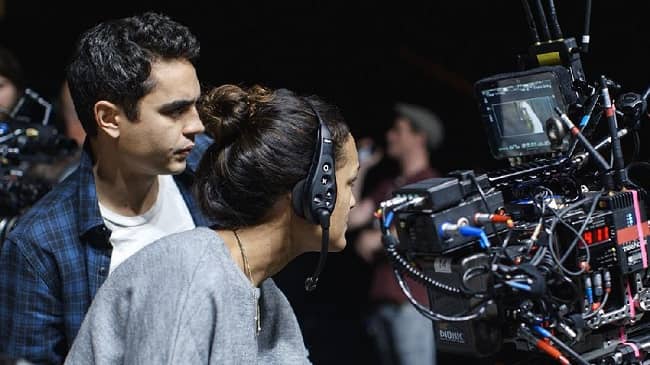 Caption: Max Minghella photographed in the set of a shoot. Source: The Arkansas Democrat-Gazette

Then in June 2010, Max Minghella appeared in the Russian science-fiction film The Darkest Hour. He also appeared in the ensemble dramedy 10 Years in the year 2012. In 2013, Max had a supporting role as the character Graham Hawtrey in The Internship.

In November the same year, the actor was set to play the role of Richie Castellano in the second season of The Mindy Project. The same year, Max also appeared in the music video for “Shot at the Night” by The Killers. The actor has also been playing the role of Nick Blaine in The Handmaid’s Tale since 2017. Further, the actor made his directorial debut with 2018’s Teen Spirit. It is a musical from his own screenplay.

Max Minghella was in a romantic relationship with actress Kate Mara from 2010 to 2014. Other than this, there is no verified information regarding Max’s romantic involvements and affairs. He is either actually single and more focused on strengthening his career or he is good at keeping his personal life a secret from the public. 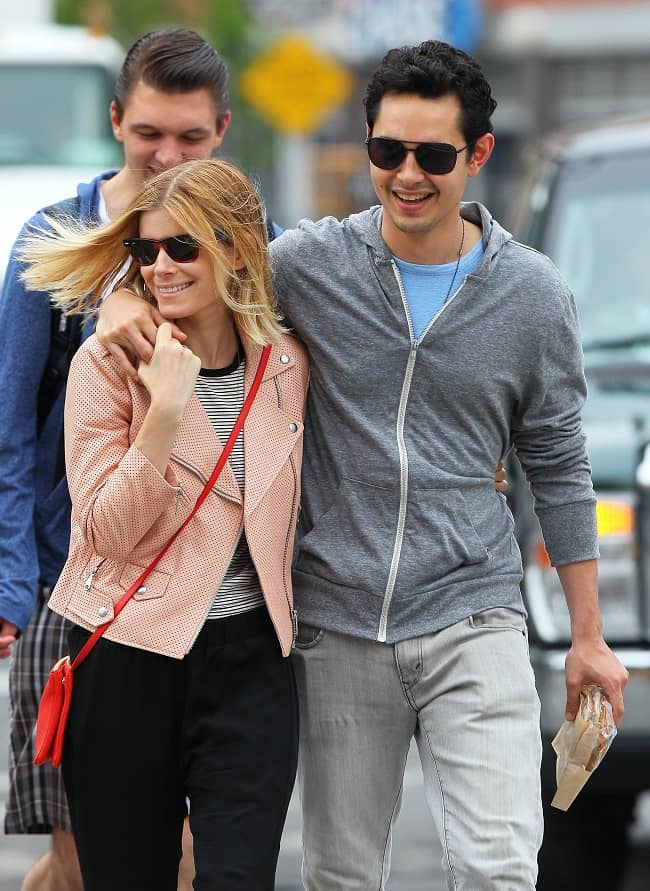 Caption: Max Minghella and Kate Mara captured together during a walk. Source: Hollywood

Max Minghella stands tall at an approximate height of 5 feet 10 inches and his weight is around 75 kgs. Other than this, there are no further details regarding his other body measurement details like his chest-waist-hip measures, biceps, dress size, shoe size, etc. Moreover, Max has dark brown hair and eyes of the same color.

Talking about his social media presence, Max Minghella is available on Instagram under the username @maxminghella. While writing this biography, Max has shared exactly 85 posts and earned more than 231k followers. Similarly, he joined Twitter in August 2012 and has earned over 48.5K followers in his @maxminghella account. Moving on, the actor has a net worth estimation of approximately $3 million dollars.