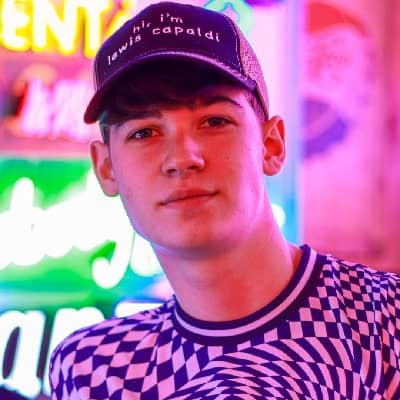 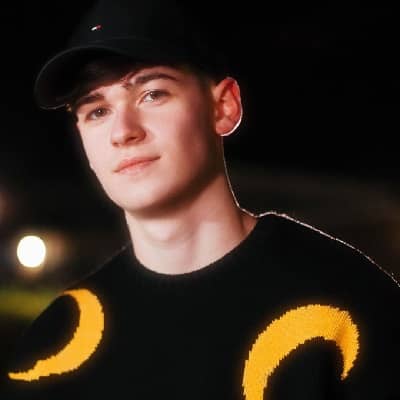 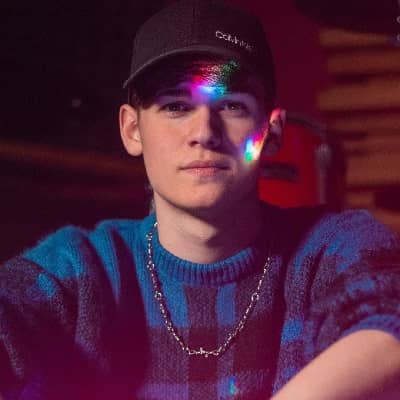 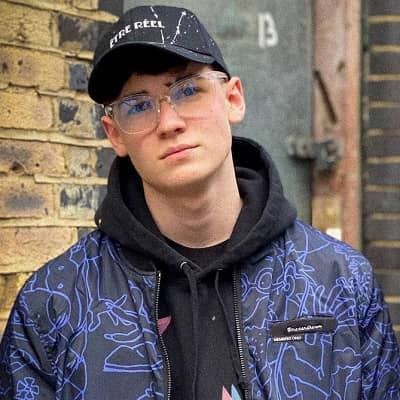 Max Mills came to this world on December 31, 2002. His hometown is Berkshire, England. He is presently 18 years old and his zodiac sign is Capricorn. His mother’s name is Sara Mills and his father’s name is Paul Mills. Similarly, he has a twin brother named Harvey Mills, who is elder to him by two minutes. Besides Harvey, he has two younger siblings, Leo and Tilly. 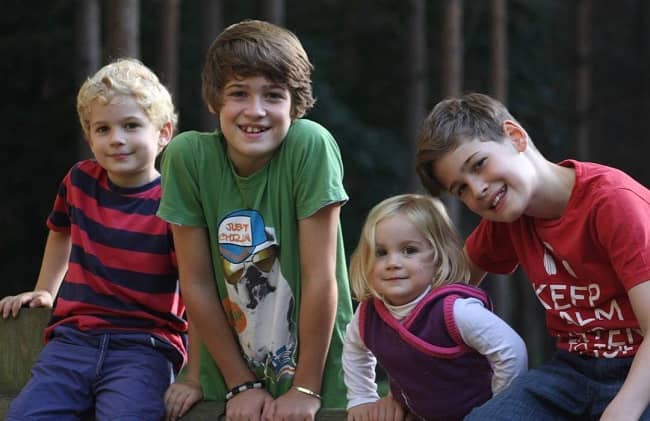 Max made his debut TV show appearance as Josh in BBC’s ‘Bedtime’ in 2003. He and his brother, Harvey began harmonizing together and started planning for their career at the age of five. Moreover, Max started playing the guitar when he was 8 years old. And, at the same age, they both began singing. Therefore, they first appeared in public as toddlers both alternatively playing ‘Thomas’ in 2015.

The twins released their singles “One More Day In Love” and “Stuck on the Ceiling” in December 2016. Moreover, they are also well known for their ‘@maxandharveyofficial’ TikTok account. Initially, they joined TikTok in March 2016. Before creating their own content, they first started creating their videos by lip-syncing to songs from musicians like Shawn Mendes, Avicii, and Bastille.

The two of them have acted in commercials, television shows, and West End Theater productions such as The Sound of Music UK Tour. Similarly, in December 2017, they released their first Christmas single, “I Wish It Could Be Christmas Everyday.” In the same year, BBC’s children’s television strand CBBC aired ‘My Life: Max & Harvey’, a documentary produced by the duo.

Also in that year, BBC released a DVD ‘Max and Harvey’ (in a show), and Penguin UK published ‘Max & Harvey: In A Book’. In the following year, the CBBC gave them their own TV show “Fear Of Missing Out” (FOMO). Similarly, the duo became the first to sign with RMI Records. Later in October 2018, the two released the single ‘Trade Hearts.’ 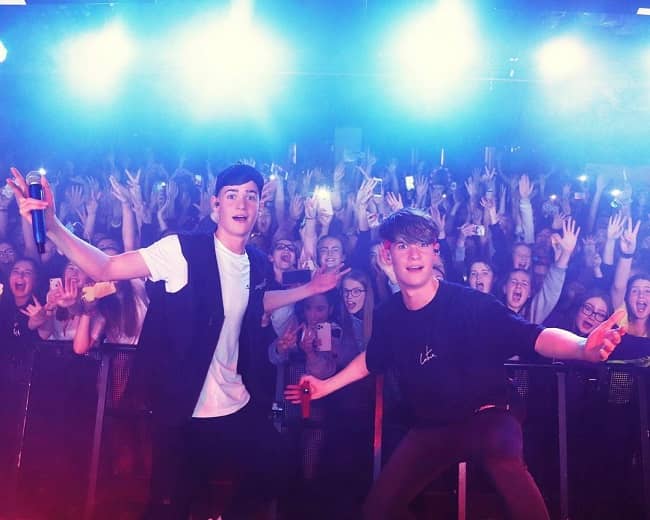 Caption: Max Mills and Harvey clicking a photo after their performance on the stage. Source: Instagram

In 2019, the twins released songs including ‘Where were you,’ ‘Nervous’, ‘Trade Hearts’ and ‘Trade Hearts (acoustic)’, ‘Electric’, and ‘Stranger’. It was announced in February 2020, that the twins would join Jordan Banjo, Perri Keily, and Holly H in hosting Nickelodeon’s Slimefest 2021.

Moreover, the two also became Charity Patrons for the Royal Manchester Children’s Hospital Charity. They raised over £700 by hosting a 24-hour live stream to raise money for the Royal Manchester Children’s Hospital and the Sebastian’s Action Trust. Likewise, the duo took part in the panel show ‘Hey Tracey’ in October 2020, which aired on ITV2.  In April 2021, they rebranded their podcast in a new series named “The Max and Havey Podcast”.

Also, in December 2020, they released a new single “Worry a Little Less” via Frtyfve Records, and in August 2021, they announced a UK 10-date tour, “This Is Not a Phase”. Additionally, they also released ‘In My DNA’ and ‘Lonely’ in April and May 2021 respectively. Further, he is also famous for his amazing ability to play several instruments such as the piano, guitar, ukelele, as well as drums. 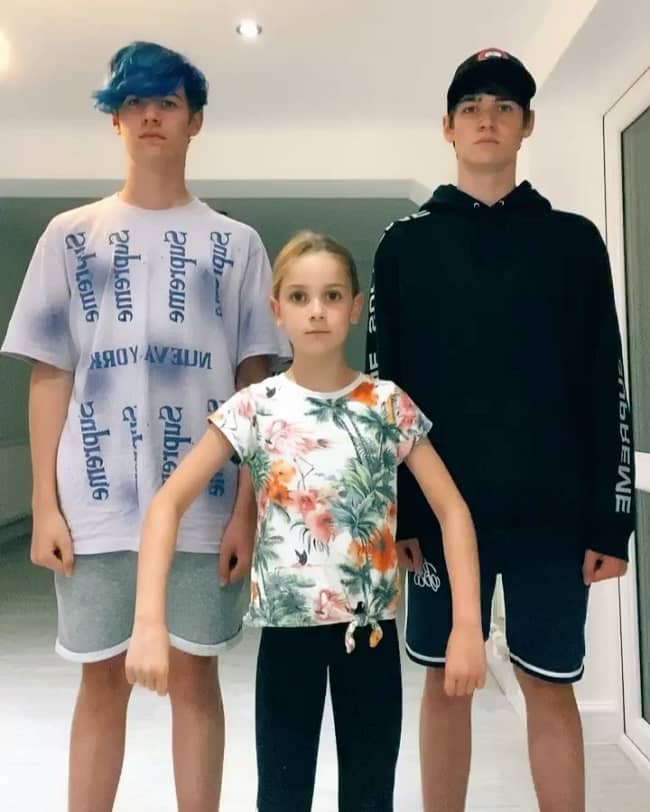 Caption: Max Mills, Harvey, and their sister in one of their TikTok videos. Source: Instagram

This handsome boy has not been into any kind of relationship to date. Therefore, he has not publicly announced the news even he has dated privately. However, he is more of a person who focuses on his career. Therefore, most possibly, he is single and developing his career at the moment. And, without a doubt, he would get a loving and caring partner in the future.

Max is a cute and charming person. He has a height of 5 feet 10 inches tall and has a decent weight of 71 kilos. Max has a beautiful blue with a hint of green eyes, therefore, hazel eyes. Also, he has nice and blonde hair color. Moreover, his shoe size is 14 (US). He has a Mesomorph body type and his chest-waist-arms measurements are 36-30-12.5 inches. 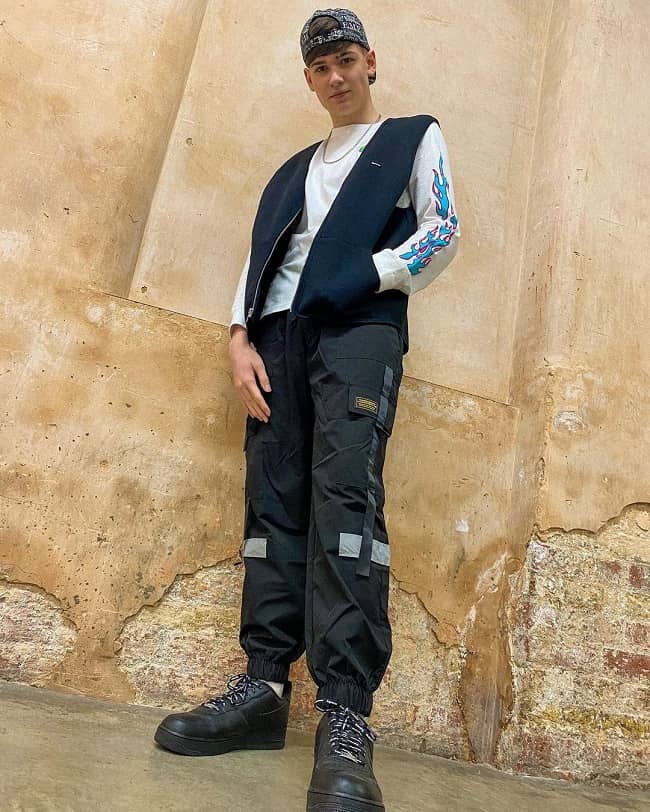 Max is enjoying his enjoying life to the fullest. His singing and social media career might have made him a great amount of money. However, he has a net worth of around $600K.