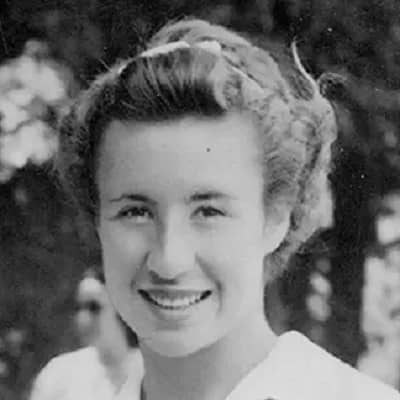 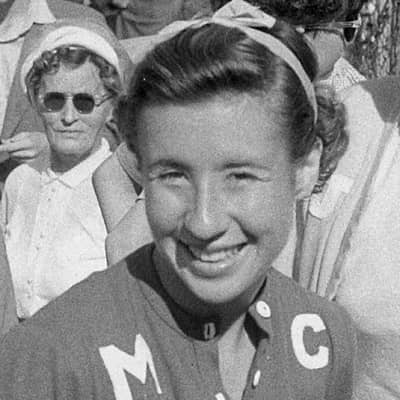 Maureen Connolly was a tennis player from the United States. Moreover, Maureen Connolly is the winner of nine major singles titles in the early 1950s, and in 1953, she became the first woman to win a Grand Slam (all four major tournaments during the same calendar year).

Maureen Connolly was born on the 17th of September 1934, in San Diego, California, in the United States of America. At the age of 34, she died and holds an American nationality.

Moreover, she has a birth sign of Virgo and her ethnic background is unknown. She was the first child of Martin Connolly (father) and Jessamine Connolly (mother).

When she was three years old, her parents divorced, and she was raised by her mother and an aunt. As a child, she enjoyed horseback riding, but her mother was unable to afford to ride lessons. As a result, Connolly began playing tennis.

Talking about her academic career, there is no exact information related to it. However, we may assume that Connolly might complete her graduation from a well-known university nearby her hometown.

She was diagnosed with ovarian cancer in 1966. On June 4, 1969, she received her third operation at Baylor Hospital in Dallas for a stomach tumor. Sadly on June 21, she died at the age of 34, about three weeks later.

Firstly, she was interested in horseback riding as a child, but her mother was unable to pay the cost of riding lessons. As a result, she began playing tennis. Her tennis career began at the age of ten on San Diego’s municipal courts.

Wilbur Folsom, her first coach, encouraged her to transition from a left-handed grip to a right-handed one, and she quickly became a baseline specialist with exceptional power and precision, as well as a good backhand.

When Connolly was 11, San Diego reporter Nelson Fisher dubbed her “Little Mo” comparing the strength of her forehand and backhand to the firepower of the USS Missouri, informally known as “Big Mo.” Eleanor Tennant, who had previously coached Alice Marble and Bobby Riggs, both Wimbledon and US singles champions, took over as her coach in 1948.

She won 56 consecutive matches when she was 14, and the following year she became the youngest person ever to win the US national championship for females 18 and under.

At the 1951 U.S. Championships, 16-year-old Maureen Connolly upset Shirley Fry to become the youngest person ever to win America’s most prestigious tennis title. Eleanor Tennant was her current coach.

She won her first Wimbledon title in 1952, defeating Louise Brough in the final. Later, she had come to the competition with a shoulder ailment but refused to withdraw when Tennant told her to. The following argument resulted in the dissolution of their partnership.

Connolly was seeded first at the 1952 U.S. Championships and successfully defended her title with a final victory over Doris Hart. She recruited a new coach, Australian Davis Cup captain Harry Hopman, for the 1953 season, and competed in all four Grand Slam tournaments for the first time. 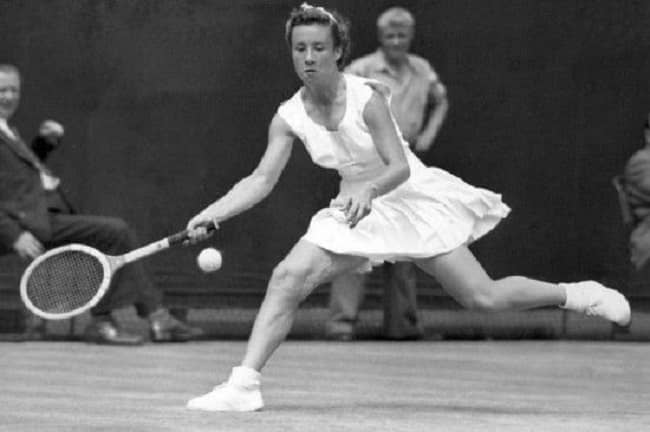 Moreover, she defeated Julie Sampson Haywood in the final of the Australian Championships and Doris Hart in the finals of the French Championships, Wimbledon, and the U. S. Championships to become the first woman and only the second tennis player after Don Budge to win all four major titles in the same year.

In those four competitions, she only lost one set. Connolly won the last nine Grand Slam singles events she competed in, including 50 straight singles matches. She won all seven of her singles matches during her Wightman Cup career, which lasted from 1951 to 1954.

She did not defend her Australian Championships title in 1954, but she did successfully defend her French and Wimbledon championships.

On July 20, 1954, she was horseback riding in San Diego, two weeks after winning her third Wimbledon title in a row. Colonel Merryboy was frightened by a passing concrete mixer truck, trapping Connolly between the horse and the truck.

She was thrown and sustained a compound fracture to her right fibula, ending her tennis career at the age of 19. She planned to turn professional following the 1954 US National Championships.

When she announced her impending marriage to Norman Brinker in February 1955, she formally retired from tennis. Connolly hired Melvin Belli as counsel and filed a lawsuit against the concrete mixer manufacturer.

On December 17, 1957, the California Supreme Court unanimously upheld a jury decision of $95,000 in her favor; the opinion was written by Chief Justice Phil S. Gibson.

Connolly’s nine major singles titles, three each at Wimbledon and the US Nationals, two at the French and one at the Australian Open, would be a remarkable achievement if achieved over two decades. She won them all in four years and nine consecutively after losing early in the 1949 and 1950 US Nationals. 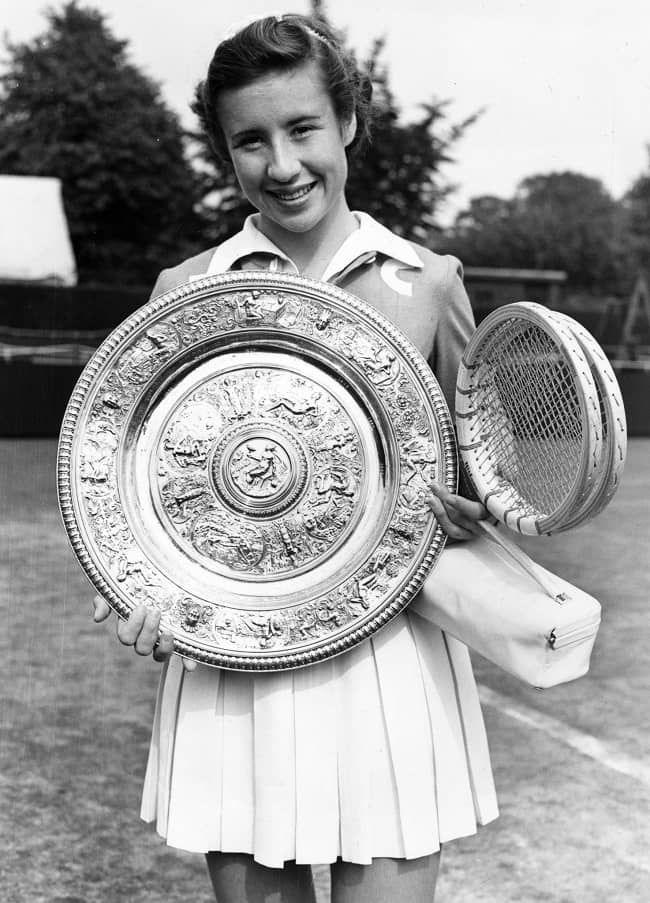 Connolly’s net worth is believed to be between $1 million and $9 million. Her major career as a tennis player has earned her a lot of money.

Regarding her personal life, she married Norman Brinker in June 1955. Professionally, her husband is a member of the 1952 Olympic equestrian team for the United States, who shared her love of horses. With the marriage, the couple has two daughters; Cindy and Brenda. 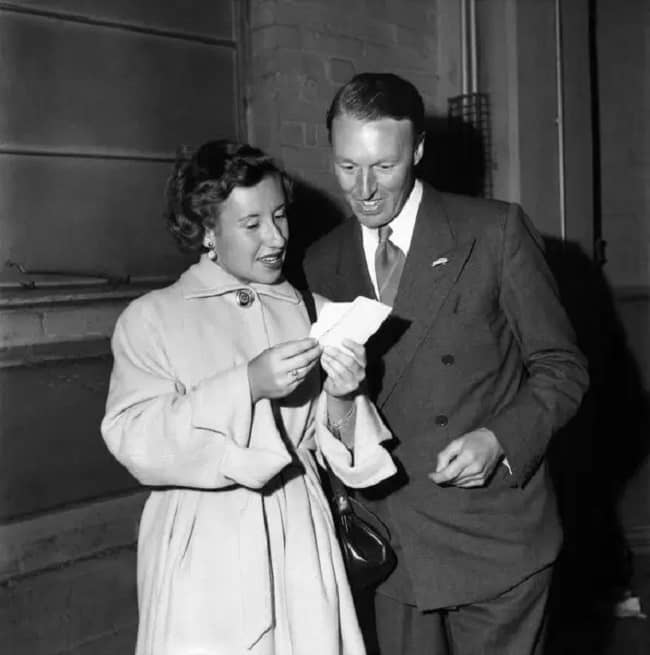 She stayed connected in tennis to some extent, serving as a correspondent for various US and British media at key US tennis tournaments. Connolly coached the British Wightman Cup squad on its tours to the United States.

She founded the Maureen Connolly Brinker Foundation to support junior tennis in Texas, where the pair lived. Forehand Drive, her autobiography was released in 1957. 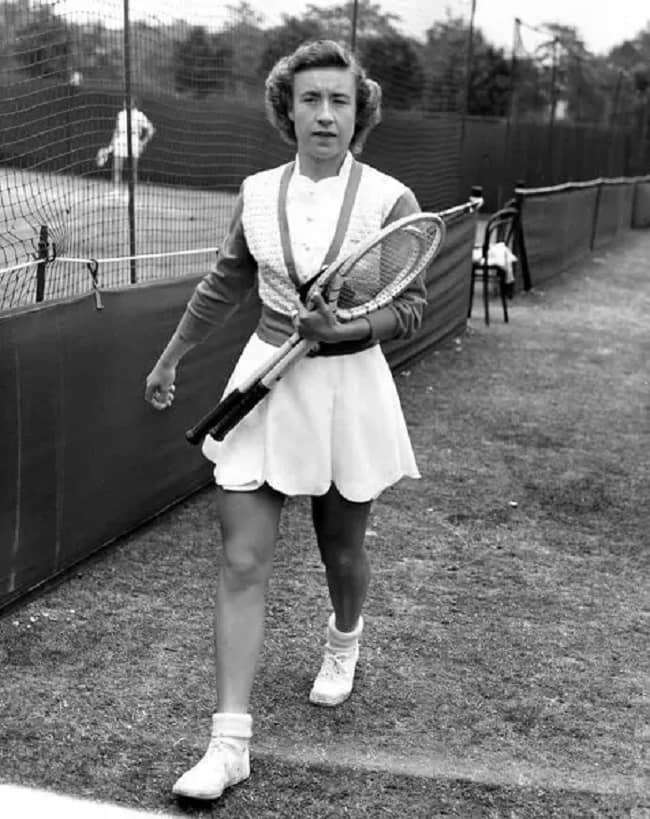 Connolly has light green eyes with blonde hair color. Likewise, she stands 5 feet 5 inches tall and there is no other information regarding her weight and other body stats. This former tennis player is no more in this world, so she is not active on social media such as Instagram, Twitter, and Facebook.