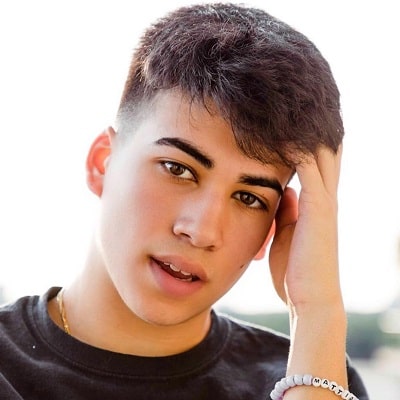 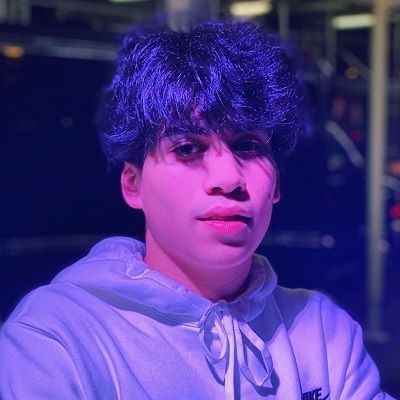 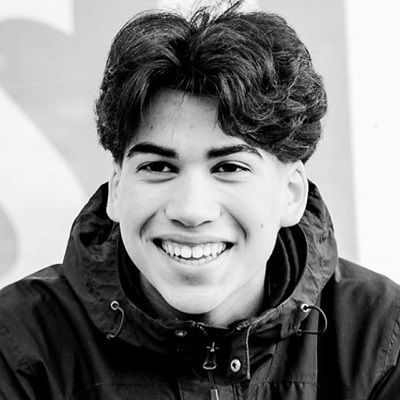 Mattia Polibio was born on 16 May 2003, in Totowa, New Jersey. His father is Italian whereas his mother is Mexican. However, their names are not available.

Mattia also has a younger brother named Gianluca. Between Italian and Spanish, which are the native languages of his parents, Mattia is more fluent in the former, i.e. Italian.

His parents, as well as his brother, have made multiple appearances in his videos. Mattia Polibio is very proud of his Italian heritage.

However, one time, he uploaded a satirical duet with the TikTok user @kithindads in which she remarks that Italians always inform other people that they are Italians.

During her rant, Mattia Polibio does various things that accentuate his Italian heritage.

In his Instagram bio, the only thing Mattia has written is “IT”, which serves as the regional indicator symbol letters for Italy.

Likewise, he wears the #22 jersey and plays the midfielder position for the Passaic Valley Hornets boy’s team. His teammates are fellow tiktok stars Alejandro Rosario, Alvaro Romero and Kairi Cosentino.

Talking about his social media presence, Mattia created his Youtube channel on 23 August 2019 and so far has 1,327,294 views.

Mattia also joined Twitter in August 2019 and so far has over 228k followers. On his Tiktok, Mattia has over 4.6 million followers and 351.2 million hearts.

He is also a verified user of the lip-syncing social media app. We can also contact him at [email protected]

Mattia Polibio is a Tiktok star who focuses on lip-syncing, comedy, and duet video creations. He is also popular for posting vlogs on his self-titled TikTok account.

Mattia has earned over 4.6 million fans at present. The oldest videos on Mattia’s account were from November 2018. He mostly made duets to start his TikTok journey.

Moreover, Mattia’s first video to cross the 100,000 likes milestone was captioned as we’re 100% straight don’t get it twisted. This was the video of him and a friend sharing a lollipop.

Further, Mattia Polibio started off by posting videos on TikTok most of which were duets.

He later began creating original content and hence emerged as a prominent TikTok star. At present, many of Mattia’s posts garner hundreds of thousands of views.

Of all the unusual things that Mattia has done to attract more viewers, the most bizarre is probably his tendency to lick the toilet.

Mattia regularly shoots his videos inside his bathroom, and they at times show him licking the toilet seat, toilet paper, toothpaste, or something else.

He even made a collection of these videos, using the caption redoing my bathroom. I think you guys know what that means, and later add rip the beloved toilet.

This strange behavior is clearly liked by many of his fans as they consider it to be “hot”. 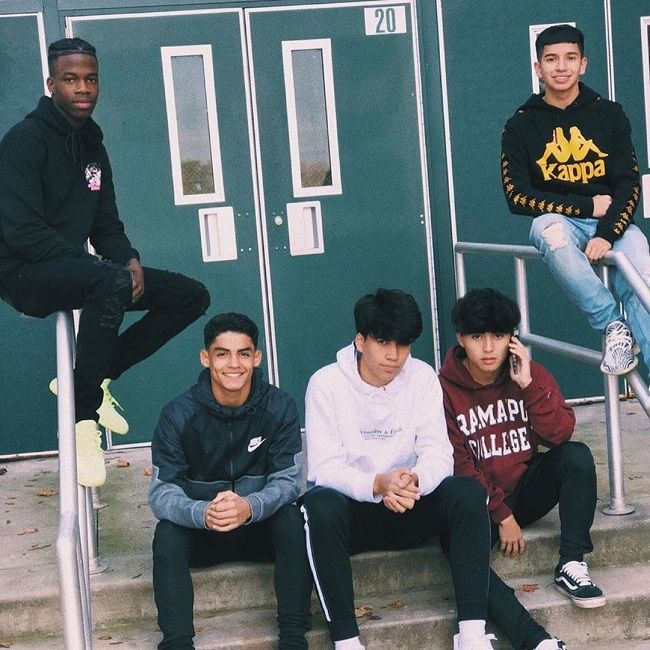 Moreover, Mattia Polibio’s frequent collaborators are some of his closest friends in real life.

Some of them are Alvaro Romero, Alejandro Rosario, Kairi Cosentino, and Roshaun Diah among many others. However, in December 2019, Mattia got involved in a live feud with Romero.

Likewise, the oldest post on his Instagram dates back to 20 October 2019. It’s a selfie where Mattia is seen wearing a black t-shirt.

Although he has posted only a handful of photographs on his page, he is very popular on the platform and receives hundreds of thousands of likes on all of his posts.

Additionally, Mattia Polibio set up his self-titled YouTube channel on 23 August 2019. His first-ever post was a three-second-long clip titled September 21, 2019.

He uploaded this video on 16 January 2020. Mattia is also active on Twitter with over a thousand followers.

Social media has multiple times accused Mattia Polibio of over-sharing on social media. In November 2019, a collection of his private photos were widely shared online.

In one of these photos, he appears nude while hiding his private parts behind a cereal box. The notorious prank website channel45news had started at least two widely-circulated rumors about him.

In one article, they falsely reported that authorities apprehended him for fighting. Its author, a fellow TikTok user named Mel Morales, never tried to hide that it was a prank article.

Instead, she used the attention it garnered to promote her own TikTok page, hence damaging Mattia Polibio’s public image.

Similarly, on 17 December 2019, Channel 45 News again featured the fake news of Mattia Polibio’s death in a vehicular accident. It was also a false report for another prank article.

Many of his fans and fellow social media stars believed it until they said that the news was a hoax. Mattia Polibio has not since put out any statement on the matter.

Additionally, during a TikTok stream with Alejandro Rosario, Mattia Polibio said the “N-word,” reportedly while imitating former TikTok user AcidPrincessx3, who had said the word at least on two different instances.

However, he later issued an apology. Viewers have also accused Mattia of using homophobic and other racial slurs several times.

At present, Mattia seems to be single. He has not shared any social media posts that might indicate his current relationships or affairs.

Similarly, he might also be more focused on strengthening his professional life.

However, for a brief period, he dated a girl named Jenna Hablitz. Following their split, he created a live stream in which he related to his fans that he was feeling heartbroken and dubbed his former girlfriend “manipulative.”

This led to his followers going to the girl’s Instagram page and leaving spiteful comments on her posts. She was ultimately forced to turn off comments.

Then at some point, the pair reconciled, and Mattia Polibio condemned the behavior of his fans, stating that he had never insinuated that she had been unfaithful to him.

Eventually, they parted ways once more, and Polibio told his fans during another live stream that he was not prepared to be in a relationship and required time to concentrate on himself.

Moving on, his net worth estimation is around $250,000. He earns through his social media engagements and merch among others.

Mattia stands tall at a height of 5 feet 10 inches and his weight is around 60 kg. However, other body measurement details are not available right now.

Similarly, Mattia has brown eyes and hair of the same color. 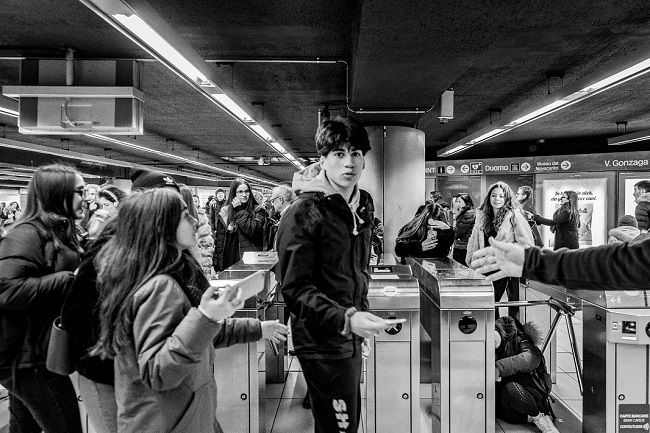