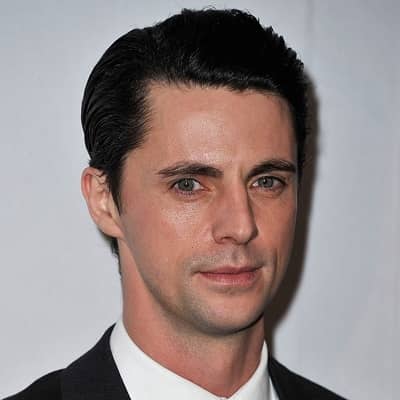 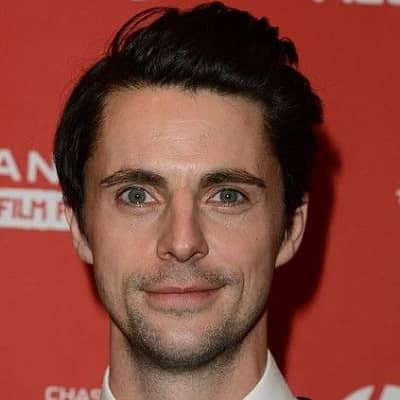 Matthew Goode is an English actor who made his screen debut in 2002 with ABC’s television movie feature Confessions of an Ugly Stepsister. Matthew Goode began his career with the Spanish film ‘Al Sur de Granada,’ which won the ‘Goya Award.’

Matthew William Goode best known as Mathew Goode was born on 3rd April 1978, in Exeter, Devon, England. As of now, he is 44 years old and he holds English citizenship. Moreover, he has the birth sign of Gemini and he belongs to the English ethnicity. He is the son of Anthony Goode (father) and Jennifer Goode (mother). In addition, his father is a geologist and his mother is a nurse. Moreover, he has a brother named James and has two half-brothers, and a half-sister, Sally Meen, who is a popular TV presenter.

He studied at the ‘Exeter School’ where he studied geography, dramatics, and English for A-levels. Moreover, he was interested and wanted to become an archeologist but his drama teacher encouraged him to continue studying theater. As he was the lead chorister of the prep school choir group. In his childhood at the age of 6, he played a singing rodent in ‘Wind and the Willows’.

Matthew moved to the mainstream entertainment sector in 2002. In the TV movie ‘Confessions of an Ugly Stepsister,’ he played ‘Caspar,’ based on Gregory Maguire’s novel of the same name. With ‘Al Sur de Granada,’ he made his film debut the following year. Matthew took on the role of Gerald Brenan, a British writer who wrote the autobiographical book ‘South from Granada’ in 1957.

In the 2004 romantic comedy ‘Chasing Liberty,’ he was featured opposite Mandy Moore. He portrayed ‘Ben Calder,’ a ‘Secret Service agent assigned by the US president to protect his daughter, ‘Anna Foster,’ who was played by Mandy. For the part, Matthew received two ‘Teen Choice Award nominations. 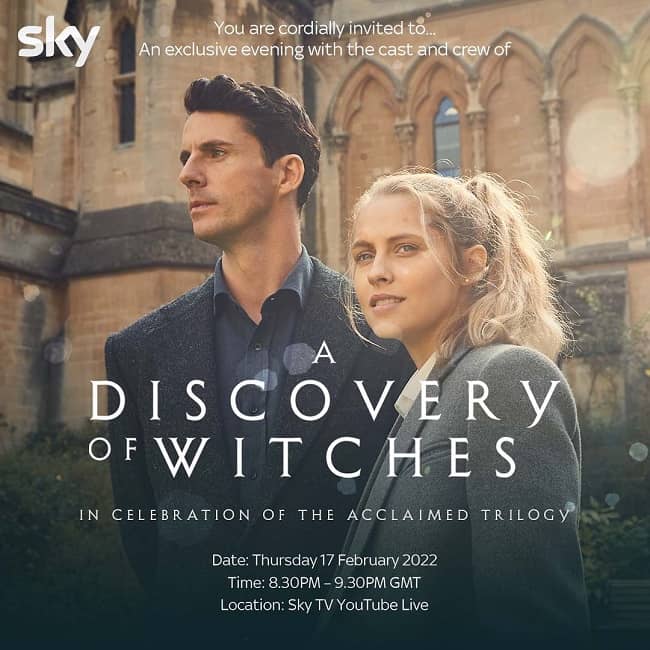 Caption: Matthew Goode in the TV series A Discovery Of Witches (Source: Instagram)

As an actor, he began his acting carer in the theater. In 2001, he played ‘Ariel’ in the revival of Shakespeare’s ‘The Tempest.’ In Federico Garcia Lorca’s ‘Blood Wedding,’ he was also credited as the moon. Both plays were performed at the ‘Mercury Theatre’ in Colchester.

In the ‘BBC’ series ‘He Knew He Was Right,’ based on the Anthony Trollope novel of the same name,’ he had a brief recurring role (two episodes). Following that, he played ‘Adrian Veidt/Ozymandias,’ a negative fictional character from Alan Moore and Dave Gibbons’s graphic novel miniseries ‘Watchmen,’ in the 2009 film adaptation.

Zack Snyder had approached Jude Law for the role of Ozymandias at first, but he later decided that Matthew’s “huge and tall and lean” physique would be more fitting for the character. He studied his accent because his character had two accents German in private and American in public.

He was a recurring character on CBS’ legal and political drama ‘The Good Wife’ for 28 episodes. In the 15th episode of the fifth season, his character, Assistant State’s Attorney “Finley “Finn” Polmar, was introduced. Additionally, he played ‘Henry Talbot,’ one of the suitors of Michelle Dockery’s character ‘Lady Mary Crawley’.

In ‘A Discovery of Witches,’ he currently plays a mysterious biochemistry professor and a vampire dubbed ‘Matthew Clairmont’. ‘Official Secrets,’ a political thriller in which he will play award-winning British journalist Peter Beaumont, is one of his upcoming projects.

Other upcoming projects include the Czech action historical drama ‘Medieval’, in which he will play King Sigismund, the House of Luxembourg’s last male member, and the action-adventure picture ‘Kingsman The Great Game’. Matthew has appeared as ‘David Hartlepool’ in the upcoming film ‘Four Kids,’ based on the novel by Jacqueline Wilson.

The actor has won several awards and recognitions. In 2014, he won the Best Supporting Actor for Stoker at Chainsaw Award. In 2015, he won the Ensemble Cast Award for The Imitation Game movie. Moreover, he received nominations for the Teen Choice Award (2004), Film Critics Circle of Australia Award (2012), and many more.

Matthew Goode married Sophie Dymoke in the year 2014. Moreover, the couple first met in 2005 through a mutual friend. They have two daughters and one son whose names are Matilda Eve Goode, Teddie Eleanor Rose Goode, and Ralph Goode. 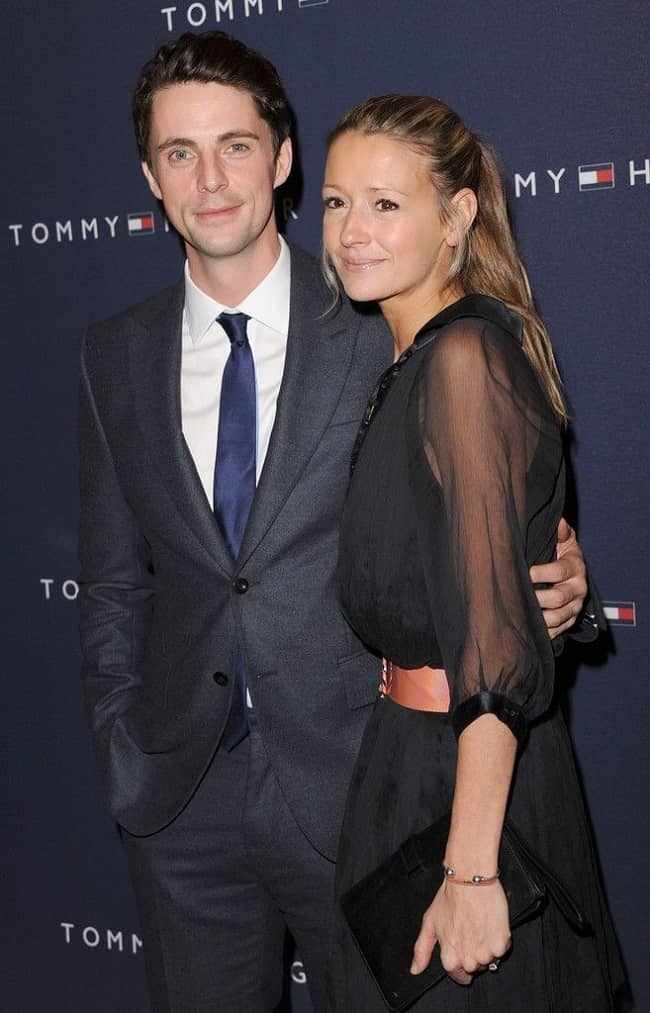 This actor is not a part of any controversy nor got rumor till now. Moreover, he likes to focus on his acting career rather than being part of any rumors.

This actor is handsome and tall. Moreover, he is 6 feet 2 inches tall and weighs around 81 kg, and has black hair and green eyes in color. Furthermore, his body measurements are at 40-33-16 inches. 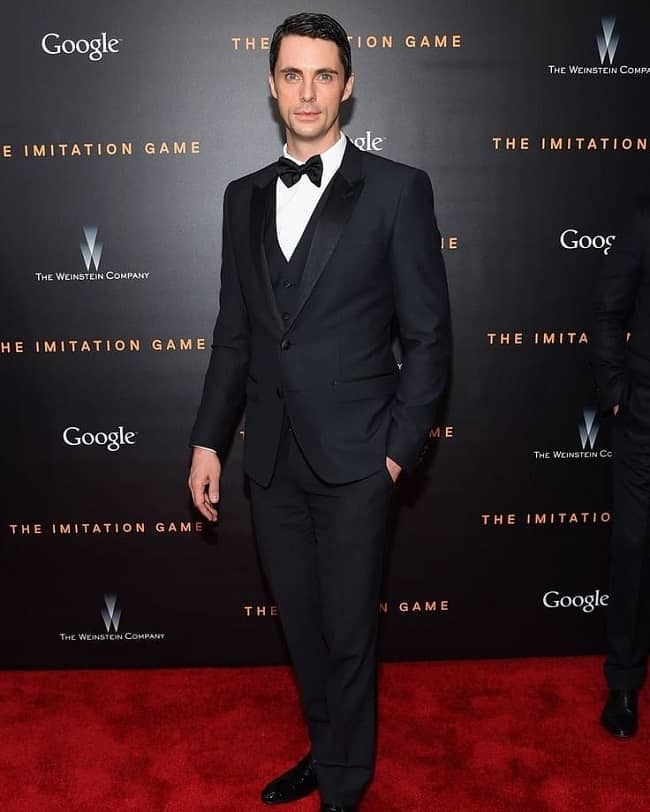