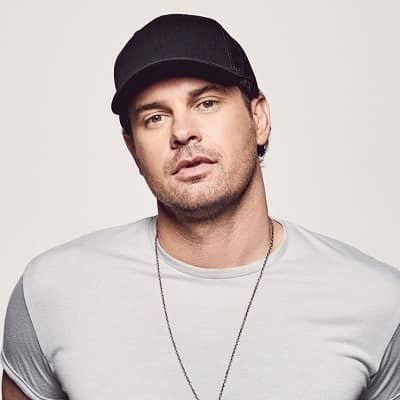 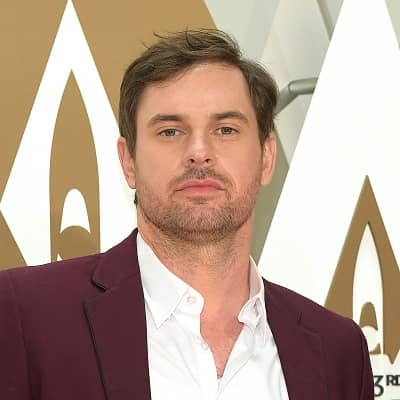 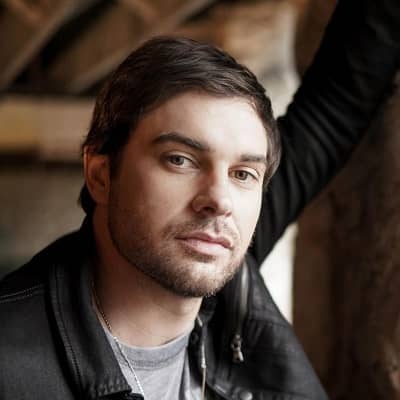 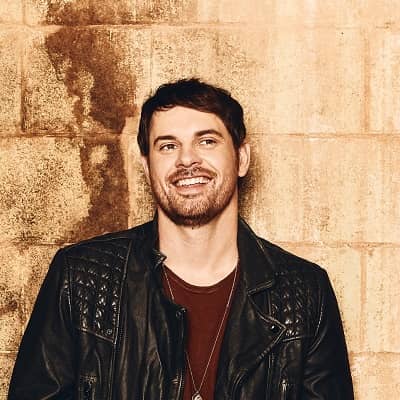 Matt Stell is a famous American country music singer-songwriter, guitarist, and recording artist. Matt Stell gained worldwide fame with his most popular song Prayed for You among other songs.

Matt Stell was born on 19 April 1984 and he is currently 37 years old. He hails from Clinton, Arkansas, grew up in Center Ridge, Arkansas, and moved to Nashville in the year 2014. Likewise, his zodiac sign is Aries and his full name is Matthew Neal Stell. Talking about his family, his parents are mother Lisa and father Todd. He has a brother whose name is not mentioned yet and also a sister-in-law named Kaitlyn Stell. Her brother and sister-in-law adopted their daughter named ‘LJ’ in late February 2020. 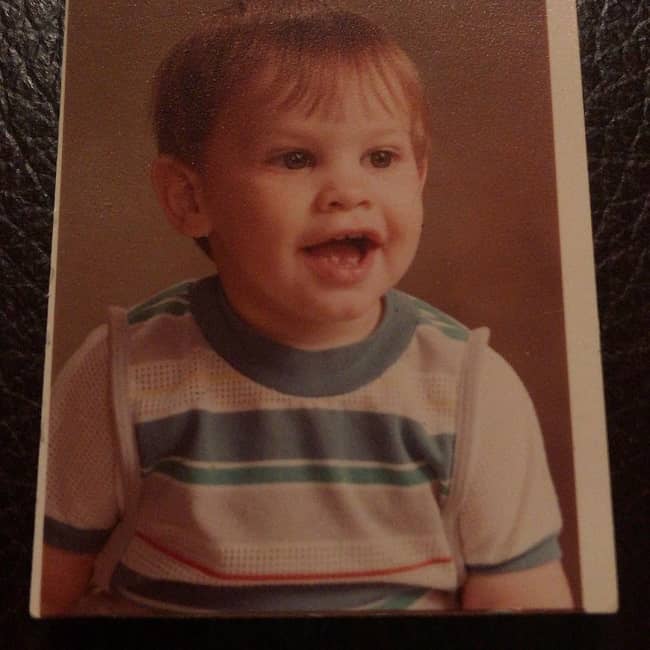 Regarding his childhood days, he played basketball during high school. He played at the Amateur Athletic Union summer league. Then from the year 2002 to 2006, this personality played college basketball for four years. For college, he attended Drury University on an athletic scholarship. Later on, he worked farming and construction jobs while still attending the University of Arkansas for a master’s degree in communications.

Moreover, this personality was highly inspired to apply to a post-baccalaureate premedical program to complete pre-med coursework. This inspiration came to him on a medical missions trip to Haiti. For this, he applied to and got accepted to Harvard University’s Extension School part-time pre-med program.

Sadly, in the year 2014, he received the opportunity to sign a publishing deal with Wide Open Music. This opportunity came to him shortly before the program would have begun. In the end, this personality chose music over starting the part-time pre-med program. 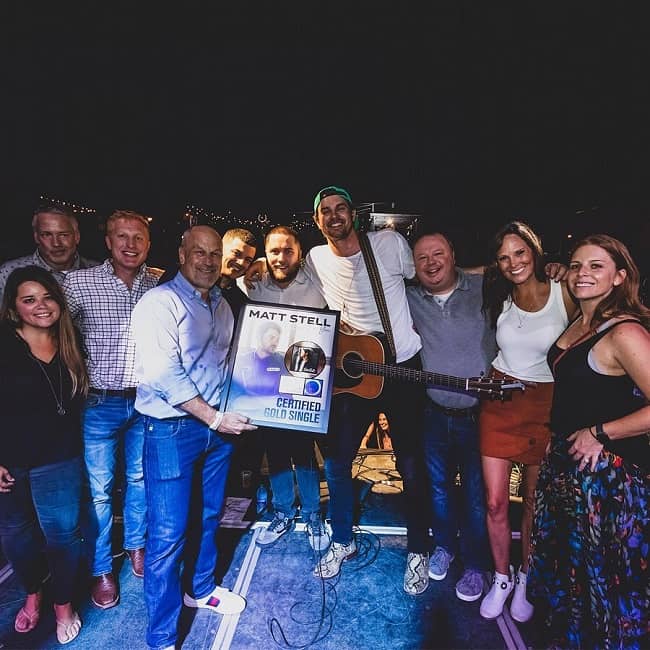 Professionally, Matt Stell is a well-known country music singer-songwriter, guitarist, and Sony Nashville/RECORDS recording artist. One of his most famous songs is Prayed for You and EP Everywhere but On. Both of these were released in the year 2019.

Talking about the beginning of his career as a singer, he was the lead singer of the band “The Crashers” in the late 2000s and early 2010s. This personality released three albums independently while being involved with the said band. Those albums were The Sound & the Story, Vestibule Blues, and A River Through It.

Alongside continuing to play gigs, he also opened for major artists like Luke Bryan and Eric Church among others. As a songwriter, he also worked with/for artists like Bart Crow, Casey Donahew, and the John D. Hale Band. Then on 16 March 2018, he released an EP named Last of the Best. 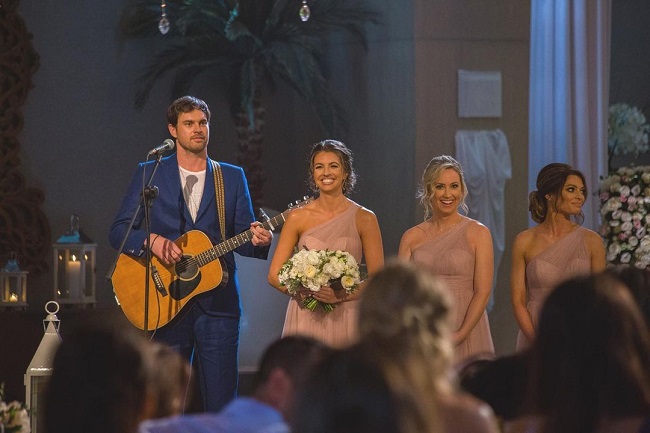 Caption: Matt Stell performing ‘Praying for You’ in the reality show Bachelors in Paradise. Source: Instagram

The singer-songwriter then released the single Prayed For You for which he worked alongside Allison Veltz and producer Ash Bowers. With this particular song, the was able to capture Barry Weiss’s attention. Weiss is the former president and CEO of Jive Records. He then signed this singer-songwriter to his label, RECORDS, in July 2018.

With this song, Keith Gale also signed with this singer-songwriter to promote the song to radio. Keith is the president of Good Company Entertainment. The same year, this singer-songwriter received the name “CMT Discovery Artist”. Moreover, the official music video for this popular song stars reality TV stars Savannah Chrisley and Nic Kerdiles. Nic is a hockey player and Savannah’s fiancé.

Moreover, this singer made his Grand Ole Opry debut on 27 April 2019. This artist’s major-label debut EP was the seven-song Everywhere But On. He released it on 24 May 2019 on Records/Arista Nashville. This EP also includes a collaboration with Jimmie Allen.

Then on 16 September 2019, this artist received the RIAA Gold certification for Prayed for You. Then on 8 October 2021, this artist released the song Boyfriend Season, which is slated for inclusion alongside the Better Than That EP tracklist on an upcoming album.

Matt Stell is most probably single at present. The country music artist has yet to share news or social media posts related to this life matter. However, he was once involved in a romantic rumor with Rachel Bradshaw. As both Stell and Bradshaw work as country singers, the rumors spread like a wildfire. Also, on 30 September 2021, Bradshaw confirmed that she had a new boyfriend. However, she didn’t reveal her lover’s identity. This became fuel to the rumor. 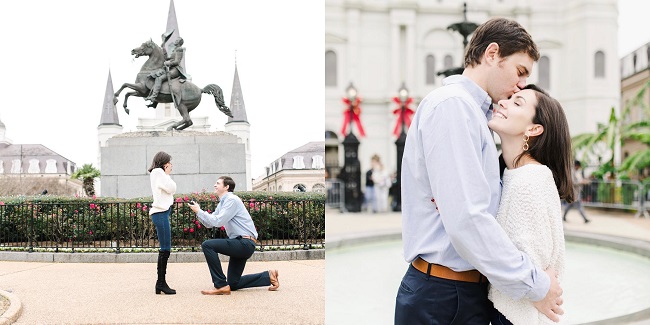 Besides this rumor, there is also information regarding his engagement with Sophie LeBlanc. The two allegedly dated for six years prior to their engagement in December 2018. The artist proposed to his fiancee at the Jackson Square, New Orleans.

Moreover, the artist also shared a post related to the happy moment of their lives on 16 December 2018 to his Instagram profile. They had their wedding scheduled for December 2019, but sadly due to the artist’s busy schedules, the couple didn’t go through with their plan to tie the knot.

Matt Stell stands tall at an approximate height of 6 feet 7 inches and his weight is around 92 kgs. Likewise, this artist has brown eyes and hair of the same color. Besides these, the artist’s other body measurement details like his chest-waist-hip measures, dress size, shoe size, biceps, etc are all still a mystery. 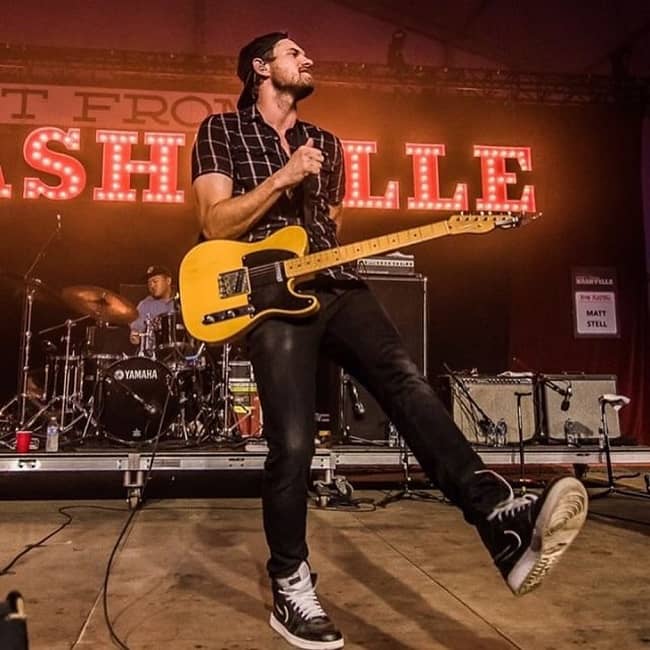 Talking about his social media presence, Matt Stell joined Twitter in May 2009 and so far has over 11.5k followers on his @MattStellMusic account. Likewise, he has 112.7k followers and 313.2k likes on his @mattstellmusic Tiktok profile. This personality is also available on Facebook with 103k followers and created is “Matt Stell” Youtube channel on January 17, 2013.

While writing this biography, this channel has earned 64.9 million views and 107k subscribers. Similarly, he has more than 84.8k followers on his @mattstell Instagram account. Moving on, this music artist has a net worth estimation of around $10 million US dollars.