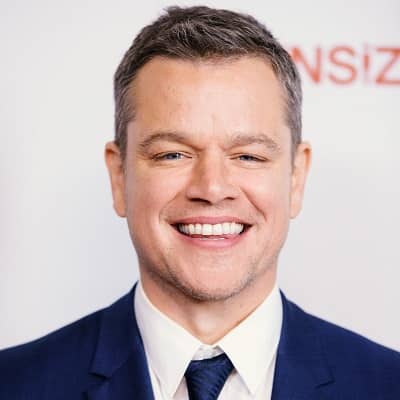 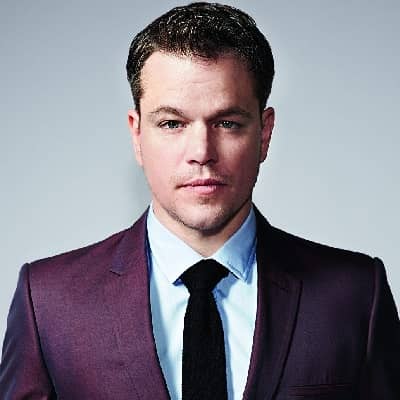 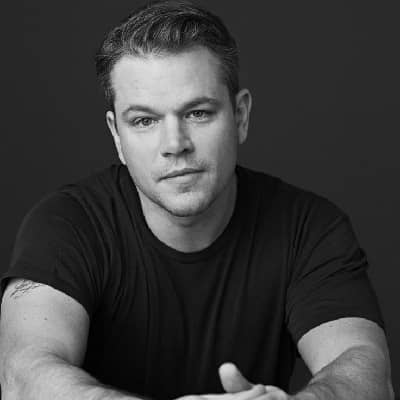 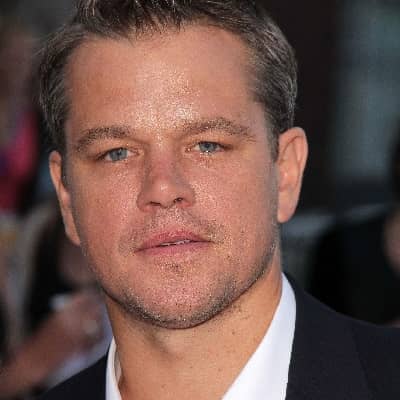 Matt Damon is an American actor, producer, filmmaker, voice actor, and screenwriter. Matt Damon is famous for his roles in the ‘Jason Bourne’ films as well as ‘The Talented Mr. Ripley’.

Matt Damon’s full and born name is Matthew Paige Damon. He came to this world on October 8, 1970. He hails from Cambridge, Massachusetts, USA. At present, he is 52 years old and his birth sign is Libra. His parents are Kent Telfer Damon (father) and Nancy Carlsson-Paige (mother). His father was a stockbroker who passed away in the year 2017 and his mother is an early childhood education professor at ‘Lesley University.’ Moreover, his parents divorced when he was two years old.

Likewise, he has a brother named Kyle, who is three years his senior. He is a sculptor and artist. Matt attended Cambridge Alternative School and Cambridge Rindge and Latin School. Matt performed as an actor in several high school theater productions. Later, he enrolled at Harvard University. Moreover, he and actor Ben Affleck have been childhood friends. 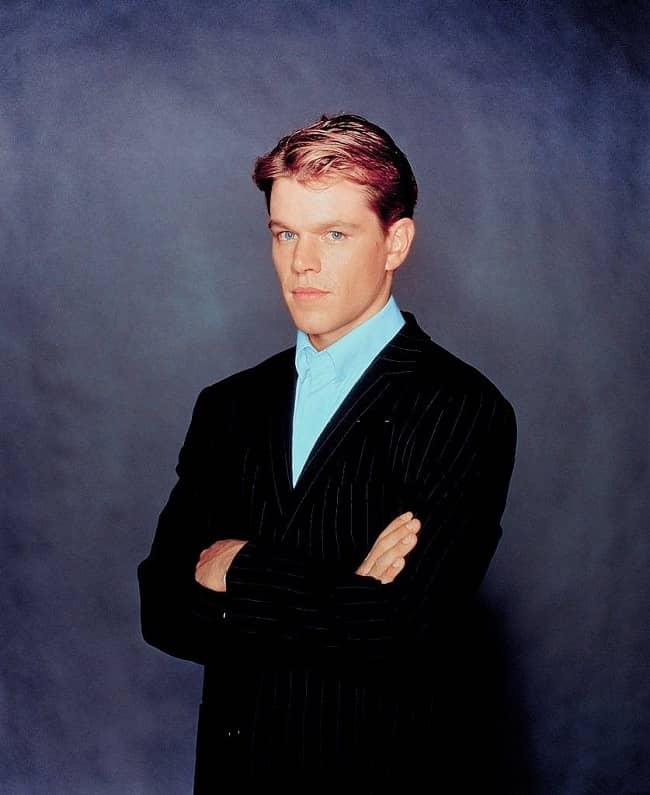 Matt is among Forbes’ most bankable stars. Therefore, the films in which he has starred have collectively earned over $3.12 billion at the North American box office. Also, making him one of the highest-grossing actors of all time. Likewise, he has received various awards and nominations, including an Academy Award and two Golden Globe Awards.

Matt started his acting career by appearing in high school theater productions. Therefore, while at Harvard, he wrote an early treatment of the screenplay Good Will Hunting as an exercise for an English class. Moreover, in 1988, he made his professional acting debut in the film ‘Mystic Pizza’. Matt came to fame in the year 1997 when he and Ben Affleck wrote and starred in ‘Good Will Hunting’. It won them the Academy and Golden Globe awards for Best Screenplay. 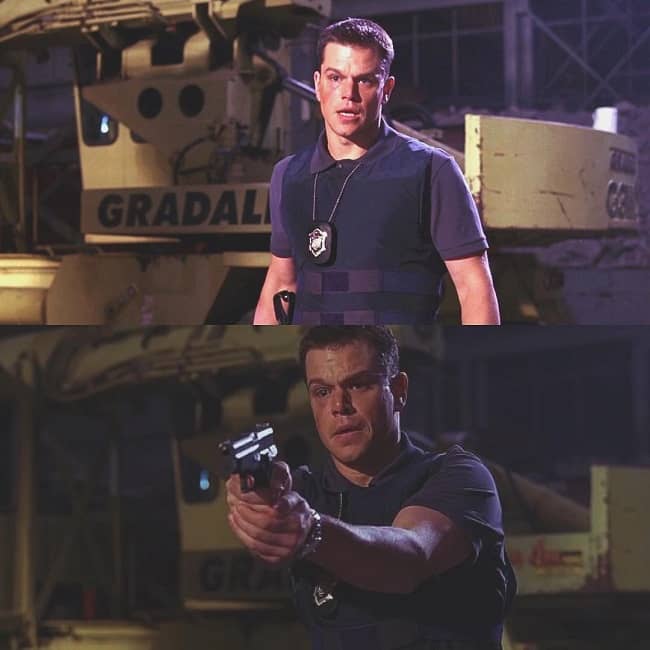 Caption: Matt Damon in the movie ‘The Departed’. Source:

Matt portrayed in the biopic Behind the ‘Candelabra’ (2013) and produced the reality series ‘Project Greenlight’ (2001–2015). Also, he made the film ‘Manchester by the Sea’ (2016). Moreover, he has also performed voice-over work in both animated and documentary films. And, he has established two production companies with Ben Affleck.

Additionally, Matt has been involved in charitable work with organizations including the H2O Africa Foundation, One Campaign, Feeding America, and Water.org. Apart from the awards, Matt has gained for his role as an actor and producer, he became the 2,343rd person to receive a star on the ‘Hollywood Walk of Fame’ on 25th July 2007. Matt reacted to the award by stating;

“A few times in my life, I’ve had these experiences that are just kind of too big to process and this looks like it’s going to be one of those times.” 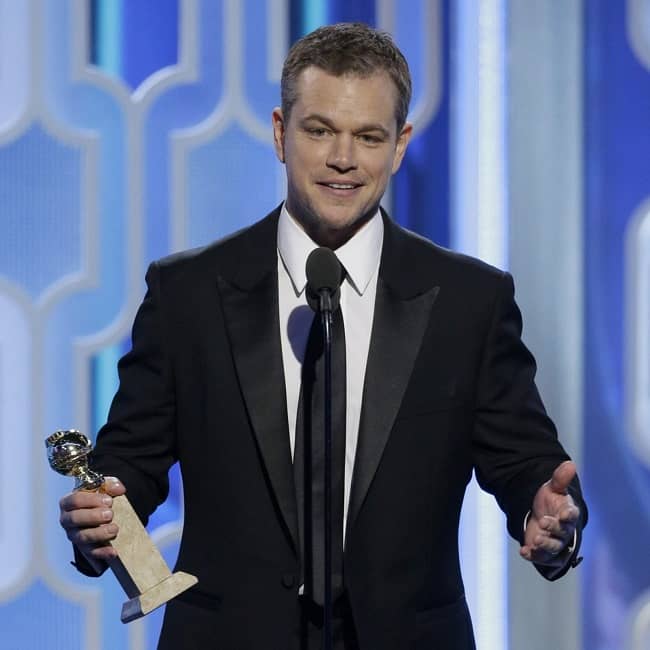 Matt met Luciana Bozán Barroso in April 2003. In September 2005, they got engaged, and on December 9, 2005, the two married in a private civil ceremony at the Manhattan Marriage Bureau. Luciana was born in the year 1976 and she is presently 45 years old. They are blessed with three daughters named Isabella Zavala Damon, Gia Zavala Damon, and Stella Zavala Damon, born on June 11, 2006, August 20, 2008, and October 20, 2010, respectively.

Also, he has a stepdaughter named Alexia Barroso, from Luciana’s previous marriage. Since the year 2012, the family has lived in the Pacific Palisades neighborhood of Los Angeles. In the year 2018, Matt bought a luxury penthouse in New York City’s Brooklyn Heights neighborhood for $16.5 million. Therefore, making it Brooklyn’s most expensive apartment at the time. 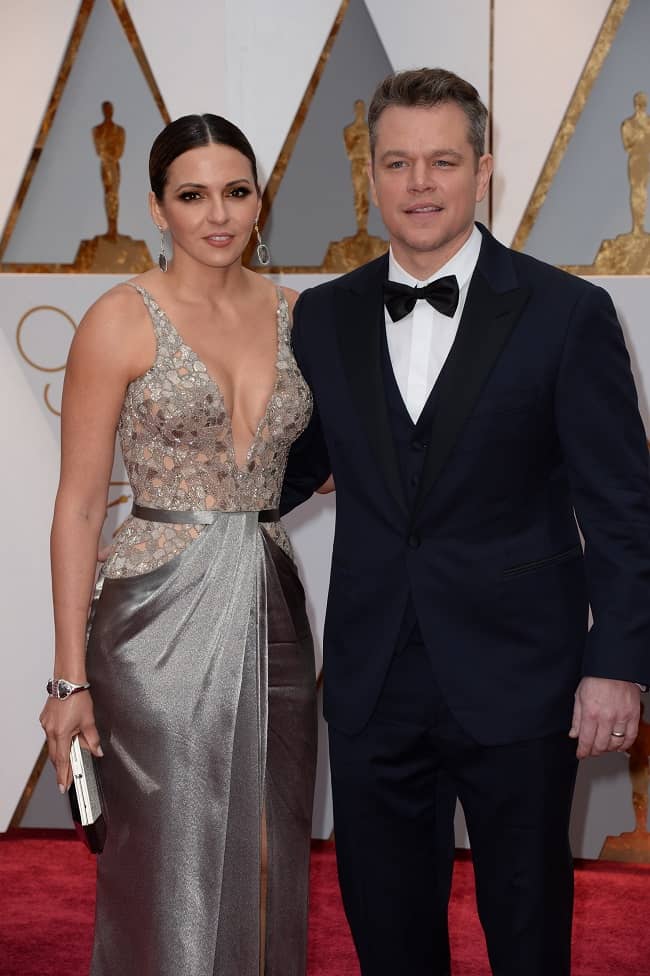 Matt is a handsome and charming man. He is tall and has a height of 5 feet 10 inches and weighs around 84 kilos. He has a well-maintained body physique measuring 43-32-15 (chest-waist-biceps) inches. Matt has a beautiful pair of blue eyes and his hair is light brown. Moreover, he has an amazing and attractive personality.

His Facebook page has gained over 17K followers and 16K likes. He is not active on Instagram or Twitter. However, he has many fan accounts and has gained many followers.

Matt is a successful actor and producer. He earns a great amount of money throughout his professional career. Therefore, he has a net worth of $170 million as of 2021.