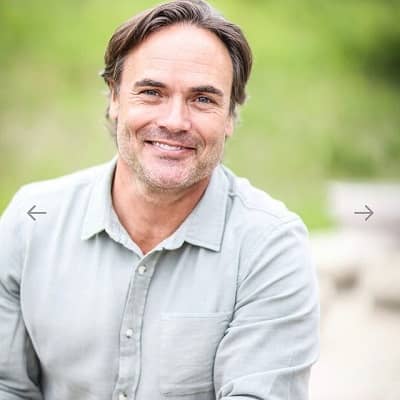 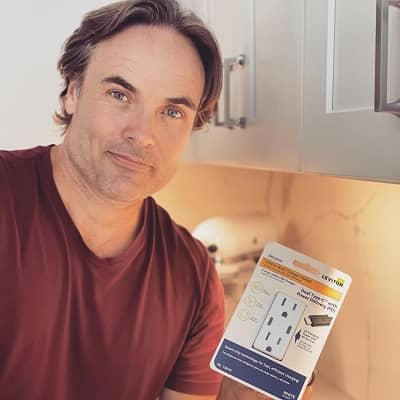 Talking more about Matt Blashaw’s family, his father’s and mother’s name are not available. But, his father was an engineer who was professionally involved as a home builder. Similarly, his sibling’s information is also not available on the internet.

Furthermore, Matt developed an interest in and was inspired to do building and construction business from a young age. He used to work at his father’s lumberyard and as a child, he amazed everyone in his house by building a massive skateboard ramp.

He was primarily interested in home-based DIY projects, but he also dabbled in plumbing and electrical work. Matt Blashaw is an American by nationality and belongs to the Christianity religion and his zodiac sign is Scorpio.

In terms of formal education, Matt Blashaw completed primary school at his hometown’s public school. He helped build the sets for the school’s musical theater productions while in high school.

This childhood passion drove him to pursue a BFA degree from Chapman University. Matt majored in film/television production for his degree.

Matt Blashaw is very popular on social media and his fans love him for the positive influence he has on them. Similarly, he is very active on Instagram, where he likes to post snaps of his latest photoshoots with his lovely family.

Matt was born with a creative and inquisitive mind. Initially, he began working for various construction companies as well as in the entertainment industry. He began his career at Disney, where he gained five years of technical experience.

While there, he improved his knowledge of the shows’ special effects and learned about electrical installation. Matt went to apply for the contractor’s license in his name. The license compelled him to pursue a professional career in the construction industry.

He had years of real estate experience and also worked as a realtor for Century 21 selling homes. Following that, he went on to compete in the DIY Network’s Stud Finder contest, which was designed to find America’s top repairman.

Matt won the contest and has since been collaborating with the DIY network. He has hosted several shows on the network, including Money Hunters, Professional Grade, Big Cabin, Project Xtreme, Worst Kitchen in America, Cool Builders Show, and many more.

Matt has been a part of the Yard Crashers show since 2011, which was previously hosted by Ahmed Hassan (2008–2011). The show, which premiered on April 7, 2008, remains one of the network’s most popular shows.

In addition, he has made numerous guest appearances on shows such as NBC’s The Today Show, CNN’s Newsroom, and CNBC’s Squawk Box. 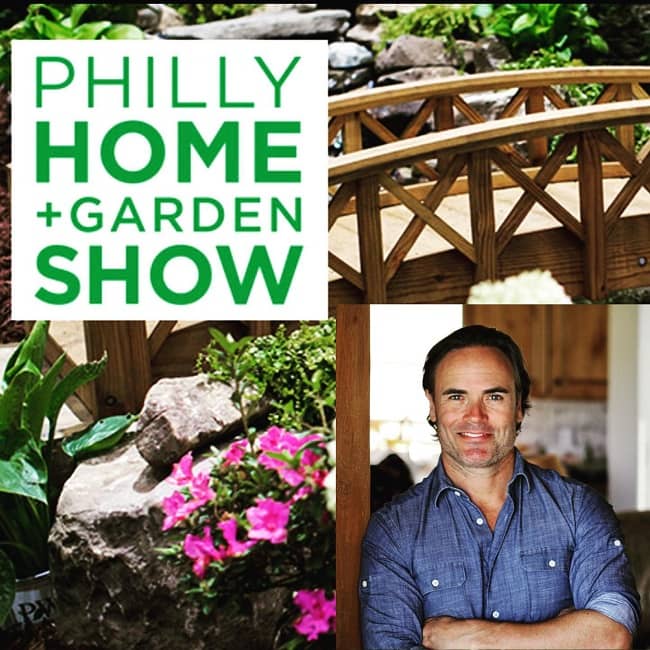 Caption: Matt Blashaw is featured in the show. Source: Instagram

Matt Blashaw has not endorsed any brand till now and also has not promoted anything now and has not been seen in any collaborations with brands. In the coming days, we may see Matt being associated with some brands and supporting their products.

No information is available regarding the other brands Matt has cooperated with or not.

During his university days, Matt Blashaw received the Filmmaker of the Year award, which was one of his most significant achievements. Aside from that, he has never been an associate or won any awards. Despite being a gifted handyman, he may be in line for many more awards.

Matt Blashaw’s net worth is $2 million as of May 2022. He has proven his worth through his television career, particularly through his show “Yard Crashers.” He has also earned money from other shows, such as “Deconstruction,” which airs on the same television network.

Additionally, Matt’s business and television careers have both made him successful, which has resulted in his impressive net worth. He has amassed a staggering fortune by working as a home improvement host and licensed contractor/real estate agent.

Matt Blashaw is happily married to container gardening expert Lindsay Archer. The two stars’ stories began in Kansas City, where the 42-year-old lady Blashaw was born. She is best known for her planting and gardening work.

Similarly, on February 28th, 2017, Matt proposed to Lindsay on a beach. Seven months later, on September 17, 2017, they married. On July 31st, 2018, the couple welcomed their firstborn son after about a year of marriage. Jace William Blashaw was given to him.

In addition, Matt Blashaw was previously married to a woman named Teresa. 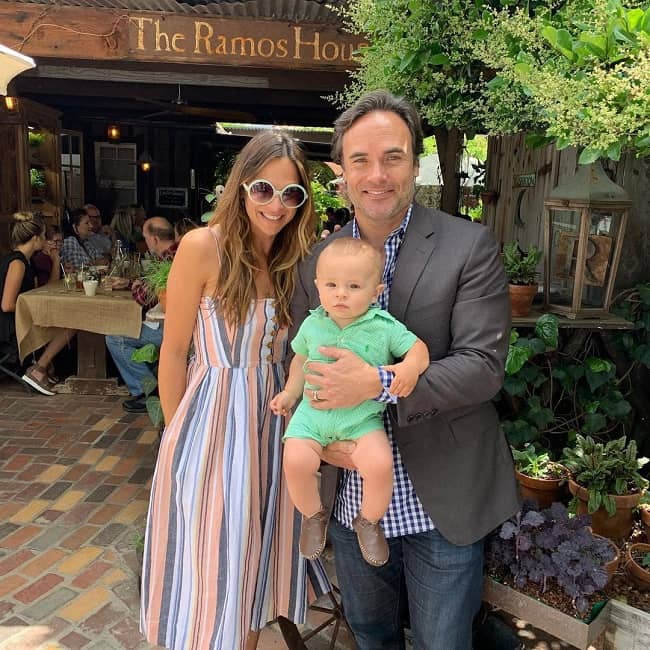 Caption: Matt Blashaw with his wife and son. Source: Instagram

Matt Blashaw hasn’t been associated with any sorts of rumors or controversies that would hamper his career. Also, Matt avoids the media and avoids engaging in contentious behavior or situations that can damage his reputation.

Matt Blashaw stands at a height of 5 feet 10 inches tall and weighs 73 kilograms but his exact body measurements are not available.

Matt’s regular workout, diet, and nutritional plans have allowed him to maintain a masculine body. He appears much younger than his actual age, which he attributes to his healthy lifestyle.

Matt has his hair and eyes both dark brown but his dress size and shoe size are not available. Hair eyes color. 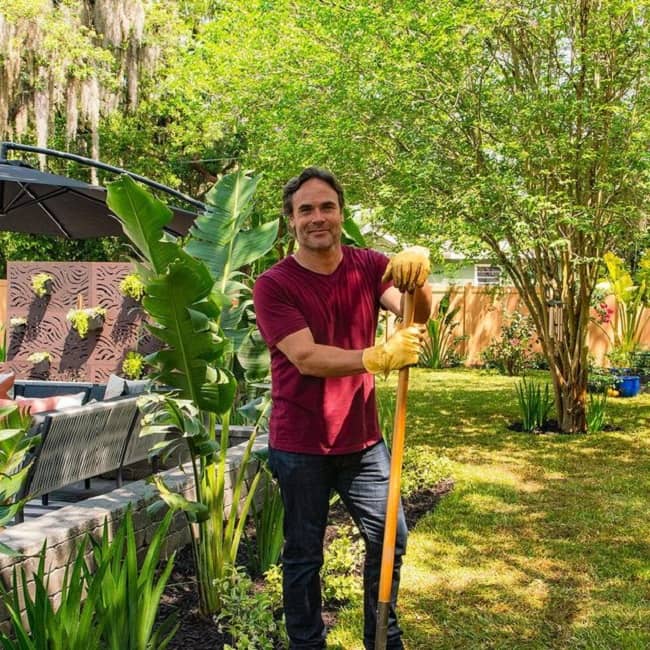 Caption: Matt Blashaw posing for the photo in the garden. Source: Instagram