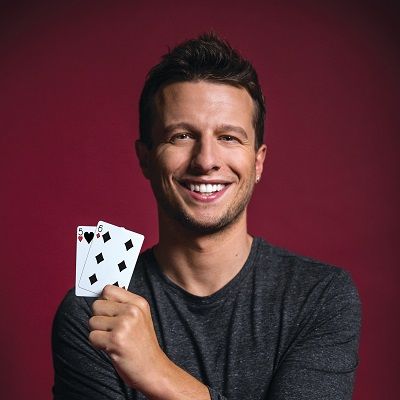 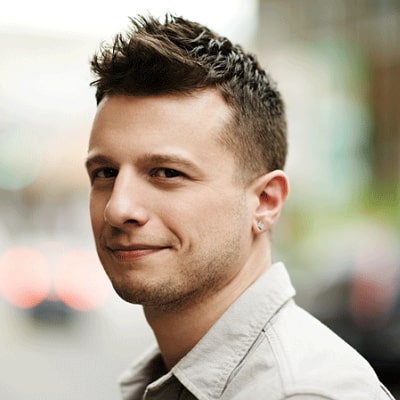 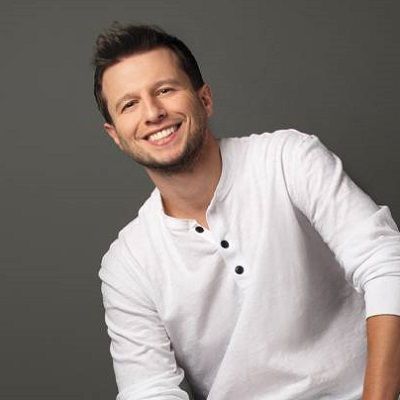 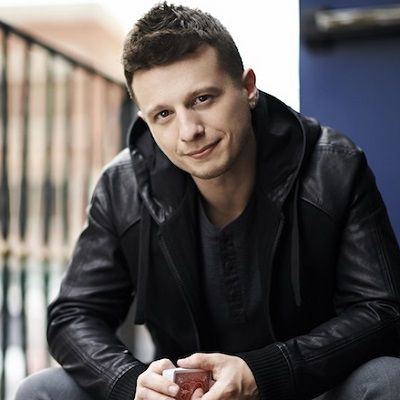 Mat Franco is an American magician best known for winning season 9 of America’s Got Talent. Mat Franco was the first magician to win the show surpassing a singer. He also has his own TV show that airs on NBC called “Magic Reinvented Nightly”.

Mat Franco was born on 10 May 1988 and he is currently 32 years old. He is a native of Johnston, Rhode Island, USA. He grew up with his two older siblings and brothers.

Talking about his childhood, when he was only four years old, he saw magic on TV and begged his parents to get him a magic set. He then began performing tricks in his kindergarten class and one of his greatest influences and the first assistant was his grandmother, Eleanor Campellone. She used to read magic instructions to him when he was too young to read for himself. 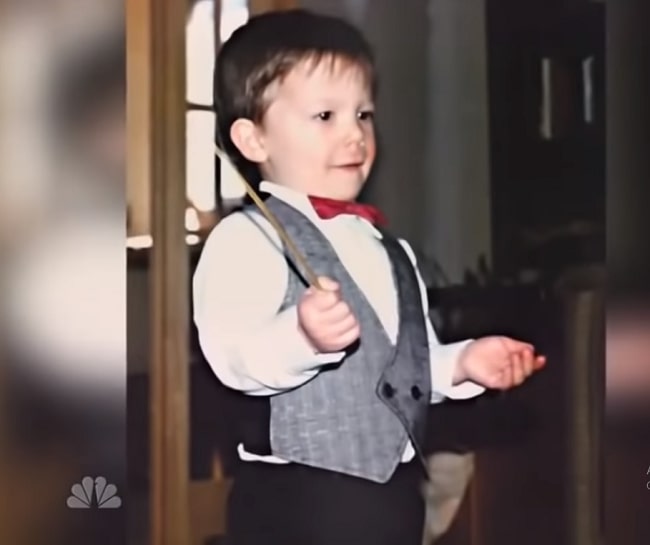 Similarly, one of his favorite memories is when he and his grandmother tried to figure out a way to make cards appear out of thin air, like a magician they had seen on television. They hung a black curtain in the living room and cut a hole in it. His grandmother hid on the other side and passed cards through the curtain to him. His grandfather watched him play along with that “grandma must have stepped outside for a minute” and he didn’t have an idea how the cards were appearing.

He continued studying magic as a child and performed any chance he could. When he was 12 years old, he had saved enough money from local shows to fly to Las Vegas to study performance art with some of his idols, including Jeff McBride.

Talking about his education, he graduated from Johnston High School in 2006 and he was captain of the wrestling team during his senior year. He then went on to study at the University of Rhode Island and received a degree in Business Administration with a minor in Communication Studies.

Mat Franco is an NBC’s America’s Got Talent-winning magician. He takes an innovative approach to magic-making that’s driven by pure joy. He is almost entirely self-taught. Then he began staging his own shows before the age of 10. Similarly, he quickly cultivated a performance style that highlighted his natural warmth and wit.

Following a victory on America’s Got Talent and his first-ever primetime TV special, his Got Magic, he is now headlining his own show, MAGIC REINVENTED NIGHTLY at The LINQ Hotel + Experience in Las Vegas. It is an improvisation-fueled stage production that offers boundless fun and a stunning sense of thrill and wonder.

Las Vegas Weekly names this show as “Best Show” and in Las Vegas Review-Journal’s Best of Las Vegas Awards, it was twice voted “Best Magic Show”. MAGIC REINVENTED NIGHTLY continues to receive rave reviews from fans and critics alike. This paved way for the renaming of the LINQ Theater to The Mat Franco Theater in summer 2017.

In 2003, when he was only 15 years old, he was invited to perform onstage at the Riviera Hotel and Casino in Las Vegas, as part of a show hosted by the Society of American Magicians called “Stars of Tomorrow”. Over the next four years after joining college, Mat Franco toured the country performing for colleges and universities. This helped him earn recognition faster as an in-demand act.

After graduating from college in 2010, he performed his one-man show on college campuses throughout the U.S. He toured six months out of the year and this went on for four years. He was nominated for “Fastest Rising Star” in 2012, and then in 2013, he got the award “Best College Performer” by Campus Activities Magazine that is based in Prosperity, South Carolina in their Reader’s Choice Awards.

Then, in early 2014, he decided to expand his reach even further by auditioning for America’s Got Talent. Noting that his time on America’s Got Talent went a long way in fine-tuning his performance skills, he says he hopes his triumph over 100,000 aspirants might have a broader impact on his chosen field. 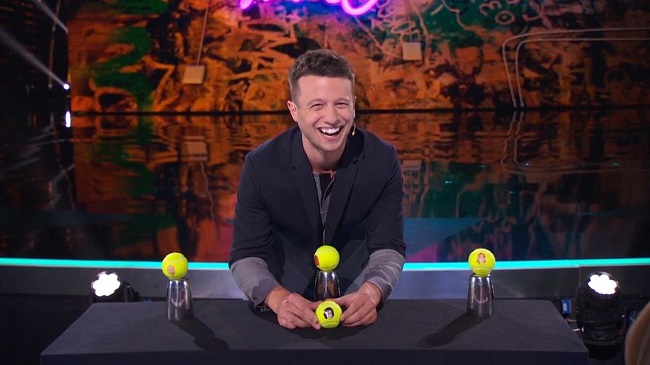 Mat Franco auditioned in Episode 904 of the show. He performed a card trick in which he told a story about his magic career and the America’s Got Talent judges while pulling out cards that fit the story. He also created the illusion of morphing cards into pictures of the judges. The judges for America’s Got Talent during this season were Howard Stern, Heidi Klum, Mel B, and Howie Mandel.

With four Yes’s from all the judges during the audition, he went forward to the Judgement Week. He was sorted into the “Magicians” category this week. During his performance in Episode 907, he asked Mel B pick a random card and laying cards on a table so that their backs created an image of Howie Mandel holding the card Mel B picked. His performance was strong enough hence he went forward to the Quarterfinals in Episode 908.

Further, his Week 2 Quarterfinals performance was in Episode 911. He sprayed with paint a playing card image on the back of a wall and asked Heidi Klum to pick a random card from a deck of cards. Then he revealed the painted wall to portray a different card than the one Heidi picked.

After lighting the wallpaper on fire, he revealed Heidi’s card imprinted on the wall. Later, he revealed the card he had painted had been slipped into Howie Mandel’s back pocket. For this performance, he received standing ovations from judges Howard Stern, Heidi, and Howie.

His Week 2 Semifinals performance was in Episode 919. During his performance, Howard Stern, Heidi Klum, and Howie Mandel picked three playing cards at random. He then handed the three cards (numbered 6, 4, and 2) to Mel B and took a photo of her holding the cards with her phone.

After that, he revealed that the phone contained the photo taken earlier in the performance. For this performance, he received a standing ovation from judges Heidi Klum and Howie Mandel. After this round, he went through Top 12 and Final 6. He finally reached the finale with equally outstanding magic performances. 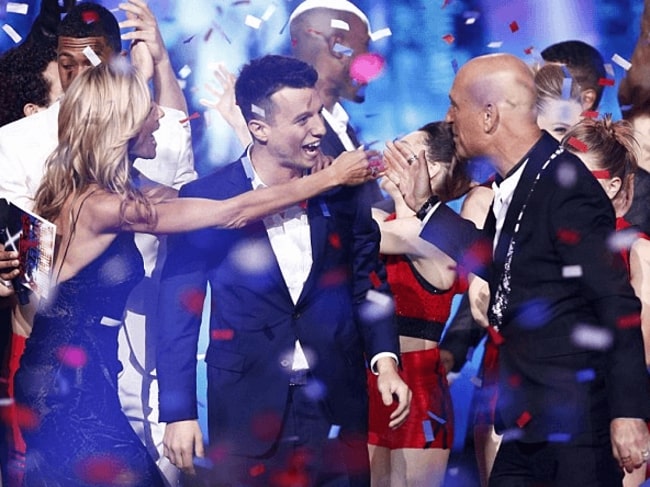 Caption: Mat Franco at the moment when he won America’s Got Talent season 9. Source: Talent Recap

For the finale in Episode 924, he performed an illusion. In this performance, he transferred three playing cards without a touch from Rosie O’Donnell’s body to Howard Stern’s body. With this performance, he finished in first place in the competition. They revealed the result in front of Emily West, AcroArmy, Sons of Serendip, Quintavious Johnson, and Miguel Dakota. Finishing in the first place, he won one million dollars and a headline show in Las Vegas.

He claimed his victory in mid-September 2014. Afterward, he went on to host the America’s Got Talent Live show. It took place at the Planet Hollywood Resort and Casino in Las Vegas. He has appeared in shows like Today, Live! with Kelly and Michael and Access Hollywood Live. He also immediately set to work on refining brand-new material for his headlining act with MAGIC REINVENTED NIGHTLY.

The full-scale production of MAGIC REINVENTED NIGHTLY allows him to execute his magic with a grander sense of spectacle than ever before. This was all while maintaining the easy intimacy that’s long been central to his performances. Moreover, another factor essential to him in keeping his work fresh is constant boundary-pushing. It also involves a creative process that’s rooted in relatability.

Likewise, he is a prominent member of the Las Vegas philanthropic community. Hence, he recently expanded his longtime partnership with The Animal Foundation. It is Nevada’s largest animal shelter. He partnered with it to help promote pet adoptions during the busy summer season in 2019. The campaign features him in print, outdoor, radio, and television advertising. He is a shelter dog owner himself.

Similarly, he returned to Radio City Music Hall as the featured guest performer on America’s Got Talent. It was for the first live broadcast of the show’s tenth season on 12 August 2015. He later returned for the season finale. Likewise, he also starred in his own two-hour magic TV special titled Mat Franco’s Got Magic. It aired on NBC on 17 September and 9 December 2015.

Additionally, he started to actively post his tricks on his YouTube channel in April 2015. At present, he has over 200,000 subscribers to his channel. Then in February 2017, he returned to his alma mater the University of Rhode Island for a show celebrating the university’s 125th anniversary.

Also, in 2020, Caesars Entertainment announced signing a new deal with him. This includes a 5-year extension of his residency show “Mat Franco – Magic Reinvented Nightly” at LINQ Hotel + Experience.

Mat Franco is currently married to his long time girlfriend Tianna Scartabello. They tied the knot on Thursday, 22 August 2019. Their marriage ceremony took place at The Montage Hotel in Laguna Beach, California, and featured a “tropical oasis” vibe with a small invite list.

Tianna was the creative brain behind the wedding and she got help from A Good Affairs’ Victoria Trancao to plan their big night. Their first dance as a married couple was to Elvis Presley’s Can’t Help Falling In Love With You. Then they went to Bora Bora for their honeymoon.

Talking about how they started their magical relationship, the lovers met when they were both students at the University of Rhode Island. He had butt-dialed Tianna and on Thanksgiving 2010, the duo talked all night. Then the officially started dating in January of 2011. 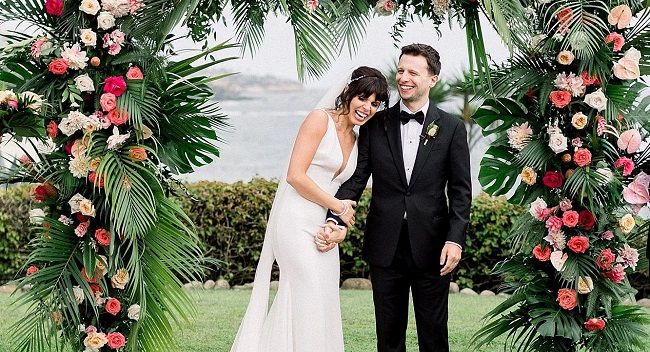 He stands at a height of around 5 feet 11 inches and weighs approximately 75 kg. However, other details like his chest-waist-hip, biceps, shoe size, dress size, etc are still unavailable. Similarly, he has brown eyes and hair of the same color.

Mat Franco joined Twitter in April 2011 and so far has 48.1k followers. Similarly, his Instagram handle boasts 1,745 post shares and 89.9k followers at the time of writing this biography. He also has an official Facebook page with over 127k followers. He also joined Youtube with a self-titled channel on 4 September 2013 but started actively posting to his channel in April 2015. This channel has over 265k subscribers and 37,757,334 views at present.

Moving on, he has a net worth estimation of $3 million dollars. He mostly earns through his magic shows, Youtube, and many more shows across the country. Despite his popularity, he still has not received any brand endorsements yet.