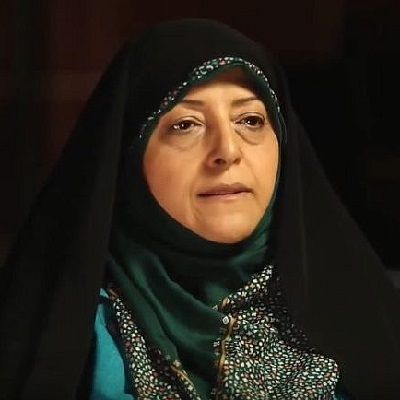 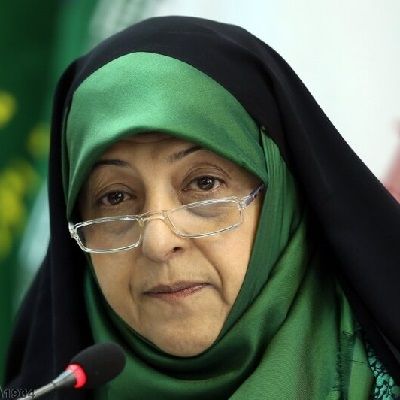 Masoumeh Ebtekar is the present Vice President of Iran for Women and Family Affairs. Masoumeh Ebtekar was appointed on 9 August 2017. She fell victim to the ongoing global pandemic of COVID-19 caused by the coronavirus.

The Most Powerful Woman in Iran tested positive for COVID-19!

Coronavirus in Iran is spreading quickly and it has hit the highest levels of Iran’s government. Her symptoms were mild and she wasn’t admitted to the hospital. The news about Masoumeh Ebtekar having coronavirus came two days after the man tasked with spearheading efforts to tackle the outbreak in the country also tested positive.

The disclosure of Ebtekar’s illness in late February was particularly troubling for Iran’s leadership, as it came only one day after she attended a Cabinet meeting where she was near regime officials. It also included the 80-year-old Khamenei. That he and other Iranian leaders are elderly means they are at increased risk of dying from the disease, though there is currently no evidence to show Khamenei is sick.

Mohammad Mirmohammadi, a member of a top council that advises Supreme Leader Ali Khamenei, died Monday, 2 March 2020, of Covid-19, the disease caused by the coronavirus. The politician’s death followed those of two other Iranian leaders — a former ambassador and a newly elected member of Parliament — who also succumbed to the illness. 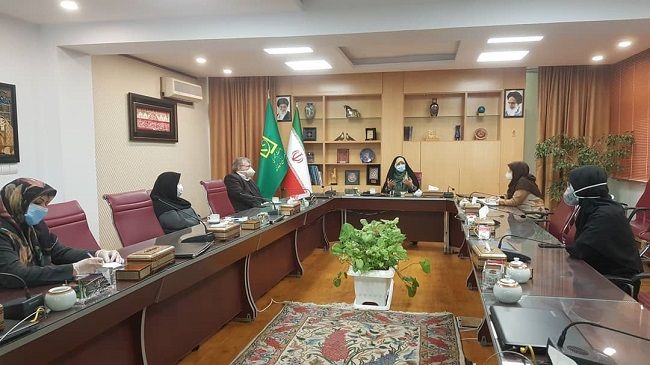 Caption: Masoumeh Ebtekar in a coordination meeting in between Coronavirus outbreak. Source: Instagram

What is the situation in Iran?

Reports show that about 8% of Iran’s Parliament tested positive for the virus, while a total of about seven top officials have fallen ill. Among them is Iraj Hariri, the head of the regime’s coronavirus task force, and Iranian Vice President Masoumeh Ebtekar. At the news conference about the virus, Iraj Harirchi sweated a lot and appeared uncomfortable.

Moreover, the Iranian government is in crisis. It is so even as it contends with nearly 1,000 confirmed cases of coronavirus in the country. It is so bad that Minister of Foreign Affairs Javad Zarif has tweeted out calls for assistance, asking for medical equipment to help treat the nation’s outbreak.

On Monday, 3 countries from Europe offered about 5 million euros in support, but it’s unclear if that will make a big difference at this point. The US has also offered to help, though its sanctions on the country remain.

That the virus has been able to spread to the highest levels of Iran’s government is further evidence of the country’s astonishing failure to manage the outbreak so far. An Iran expert at the Brookings Institution named Suzanne Maloney said:

“It’s symptomatic of the revolutionary state’s highly ideological and often inept approach to governance. What’s maddening is that Iran has enormous scientific capabilities and a well regarded public health system. So this is entirely a leadership failure.”

Indeed, as the number of confirmed infections ticked upward in the recent month, Tehran either didn’t understand the severity of the problem or, more likely, quashed evidence of the outbreak altogether.

Masoumeh Ebtekar’s name in Persian is معصومه ابتکار‎‎ and she was born on 21 September 1960 in Tehran as Niloufar Ebtekar in a middle-class family.  And is currently 62 years old. Her first name’s meaning is “Innocent Water Lily” in English. Her parents are Fatemeh Barzegar and Taghi Ebtekar.

Ebtekar’s father attended the University of Pennsylvania, and she lived with her parents in Upper Darby of Philadelphia. During those six years in Philadelphia, she developed “near-perfect, American-accented English.”

Coming back to Iran, she enrolled in Iranzamin (Tehran International School). After graduation, she became a supporter of the political Islam of Ali Shariati and began wearing a traditional black chador covering everything except her face. She has a BSc degree in laboratory science from Shahid Beheshti University and an MSc and Ph.D. in immunology in the year 1995 from Tarbiat Modares University.

She also has served as a faculty member at Tarbiat Modares University, which is a postgraduate academic center located in Tehran. As an Associate Professor in Immunology, she has taught, supervised, and advised Ph.D. and MSc students. Ebtekar currently teaches cytokines, viral immunology, HIV vaccines, aging, immunology of the nervous system, and psychoneuroimmunology.

She has filed 41 ISI scientific articles in the field of immunology in her name. She gave a speech at the Eleventh International Congress of Immunology in Tehran. Ebtekar mentioned that the detrimental effect of sanctions on the advancement of science in Iran and noted that sanctions should not be directed against nations. Ebtekar is also a member of several research board committees and a reviewer for two international and four national immunology journals.

She first achieved fame as “Mary”. Mary is the spokesperson of the students who took hostages and occupied the US Embassy in 1979. Later, Ebtekar became the head of the Environment Protection Organization of Iran during the administration of President Mohammad Khatami and was a city councilwoman of Tehran from 2007 to 2013. 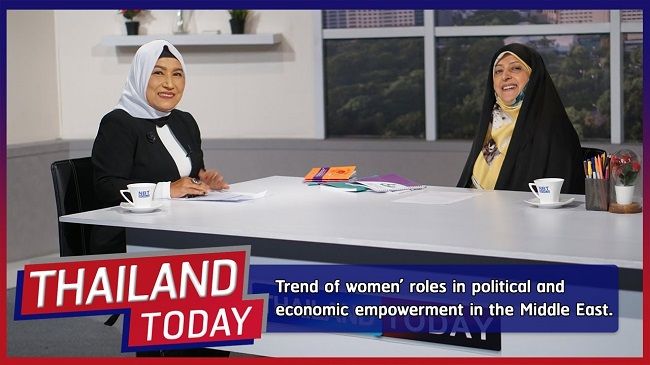 In the year 1981, Ebtekar became the editor-in-chief of the English daily newspaper Kayhan International. Khatami, who was then the representative of Ayatollah Khomeini in Kayhan Institute, selected her. She served in the newspaper until 1983. In 1991, she co-founded the Institute for Women’s Studies and Research.

Since the year 1992, she has been the license holder and managing director of the journal Farzaneh Journal for Women’s Studies and Research. She was also appointed as the Head of Women’s NGO Coordinating Office and Vice Head of the National Committee at the Fourth World Conference on Women in Beijing in 1995. Later, she also got elected as the President of the Network of Women’s NGOs in Iran.

Early activism and role in the Hostage Crisis

Ebtekar served as a spokesperson for the students in the Iran hostage crisis of 1979, where Muslim Student Followers of the Imam’s Line occupied the US Embassy and held 52 Americans hostage for 444 days. They selected her because of her good command of English, she made regular appearances on American television as a translator and spokesperson for the students, where she presented the official positions of the students. The foreign press referred t her as “Mary”, and “Tiger Lily” by the hostages, a play on the translation of “Niloufar”.

Ebtekar wrote an account of the embassy takeover titled Takeover in Tehran: The Inside Story of the 1979 U.S. Embassy Capture with Fred A. Reed. Many Americans (hostages such as David Roeder, Barbara Timm, the mother of hostage Kevin Harmening and those who watched her on television) remember her with a great lack of fondness. It was in part because “her familiarity with America added profound emphasis to her rejection of it.”

Ebtekar became the first woman to serve as Vice-President of Iran when the reformists came to power. She participated in the first cabinet since the Islamic Revolution to include women along with Zahra Shojaei. She is described as a leftist in Mohammad Khatami’s alliance.

Ebtekar headed the Department of Environment for eight years. She also introduced major structural, organizational, and directional changes enabling a re-engineering of the government body. During her tenure environmental awareness and support for civil society activism in this area were enhanced.

On International Women’s Day in 1998, she made a speech condemning the oppression of women by the Taliban Movement in Afghanistan. Ebtekar’s performance caused comments by members of the Western news media in attendance as she was wearing a chador, a reminder of the compulsory hijab in Iran. It is an issue that many in the West view as a violation of women’s rights. 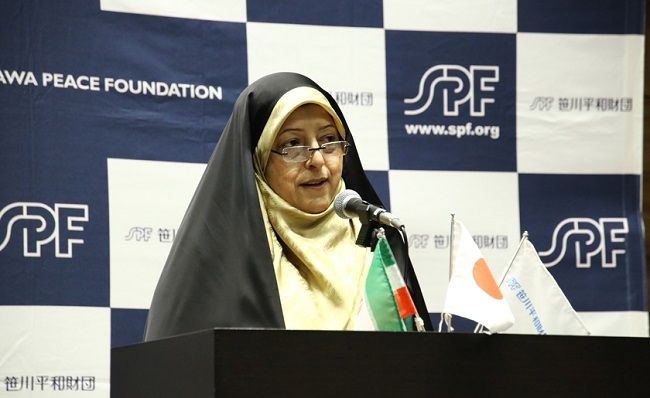 United Nations Environment Program named Ebtekar one of the seven 2006 Champions of the Earth. She received the honor as a prominent and “inspirational” environmental leader. She has made an impact at the policy level in a region of the world. However, she said that she believes the award was a team effort. She said she earned by the scholars and experts that she assembled in her Department of the Environment. She also names President Khatami as instrumental in stressing the importance of environmental initiatives.

The Guardian newspaper on January 5, 2008, named her as one of 50 environmental leaders. She was the only Iranian or Muslim woman on the list. In 2012, The Muslim500 named Ebtekar as one of the 500 most influential Muslims in the world. Under the political section of this yearbook, they described Ebtekar as “a considerable force in the reformist movement in Iran”.

On 24 January 2014, Ebtekar received the Energy Globe Foundation Honorary Lifetime Achievement Award in Tehran. Additionally, on 29 November 2014, Masoumeh Ebtekar won the Italian Minerva Award. It was for her scientific achievements and successful career in the political arena. In May 2016, Dr. Ebtekar received the Honorary Doctorate Degree in Political Science from the Hankuk University of Foreign Studies, Seoul, Korea.

In 2010, Ebtekar contributed to Moral Ground a testimony of over eighty visionaries to present a diverse and compelling call. It was to honor our individual and collective moral responsibility to our planet. Masoumeh Ebtekar provides her views on the interrelated nature of peace and sustainable development. It is in her essay “Peace and Sustainability Depend on the Spiritual and the Feminine”.

She also took part in a project to develop a book named Women, Power, and Politics in 21st Century Iran. The book, published in 2012 by Ashgate, provides an objective perspective on the conditions of women in Iran. Massoumeh Ebtekar authored Chapter 10 titled “Women and the Environment“. In 2011, she also co-authored a chapter in the book Stem Cells and Cancer Stem Cells published by Springer.

Masoumeh Ebtekar and Seyyed Mohammad Hashemi are husband and wife. Her husband is a businessman in the private sector. Moreover, they tied the knot in the year 1978 and they have two children. They are Isa Hashemi and Taha Hashemi. Other than this, there isn’t much information about her family.

There is no information regarding the Vice President’s body measurement stats. Masoumeh Ebtekar’s height, weight, chest-waist-hip measurements, dress size, shoe size, etc are all unavailable. Moreover, she has dark brown eyes and she wears a hijab all the time so her hair color is not detectable.