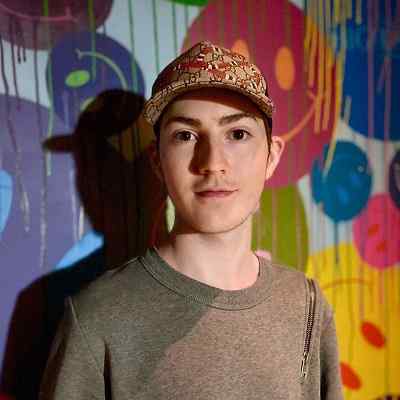 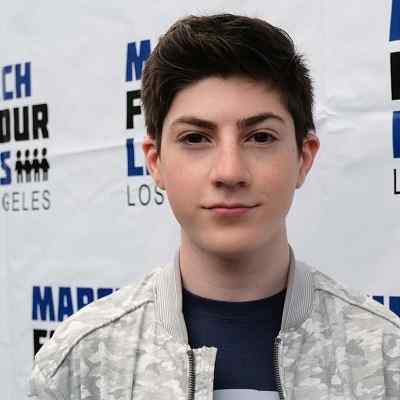 Mason Cook is an American Movie actor. Mason Cook’s first starring film role was in Spy Kids: All the Time in the World. And, in the year 2011, he was nominated for a Young Artist Award for Best Performance in a Feature Film. Likewise, he also went on to star in the ABC series Speechless.

Mason Cook was born in Oklahoma City, Oklahoma, USA, on July 25, 2000. He is 22 years old and is under the birth sign, Leo. He holds American nationality. Likewise, his full name is Mason Cook Elston.

His father’s name is Ted Elston and his mother’s name is Kelsey Bell Elston. He has three siblings and their names are Lilly, Lane, and Georgia. And he is close to his siblings.

He often hangs around with them and posts their pictures on his social media pages as well. Moreover, both his sisters are no strangers to the field of entertainment as Lilly is a model whereas Georgia is an actress. 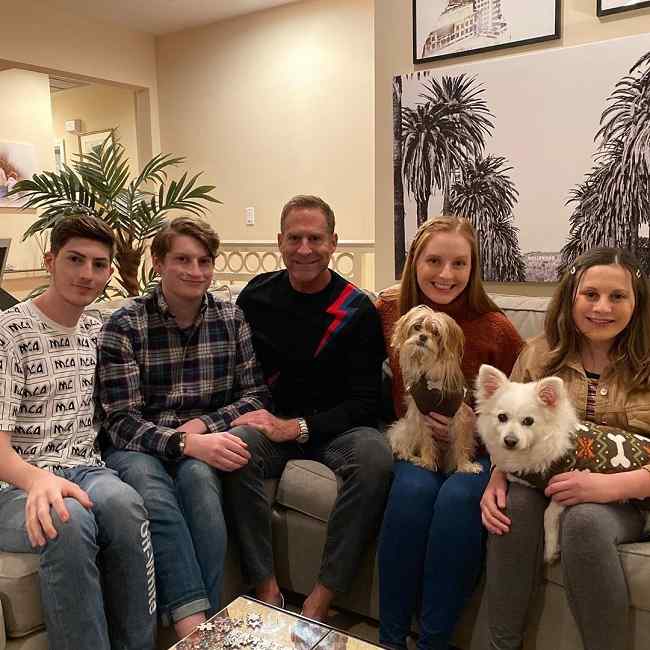 Caption: Mason Cook along with his siblings and his father (Source: Instagram)

Cook’s social media posts display his love for traveling as he is often seen exploring exotic places. Furthermore, he currently lives in Los Angeles as his family shifted from Oklahoma City to Los Angeles to support his acting endeavors.

Regarding his educational background and qualification, he went to Nichols Hills Elementary School. And, he discovered his passion for acting at that school. Likewise, when he was still fairly young, he made up his mind to become an actor.

Talking about his earnings and income, he has an estimated net worth of $5 million according to marriedbiography. His main income source is his career in acting.

Mason Cook is possibly single at the moment. He is more focused on his career rather than being in any kin romantic relationship. Or maybe he wants to keep his personal and love life private. And doesn’t want the public, critics, and fans to know about his relationship.

Focusing on his past relationships, he was in a relationship with a girl name Mikayla Krause. She is also an actress. However, the two are no longer together. They were also seen in some events together.

Mason has a height of 6 feet and his weight is 70 Kg. His other body measurements such as chest size, waist size, and arm size are 38-30-14 inches respectively. Likewise, he has got a lean body and an attractive face. Moreover, he has dark brown hair and brown eyes. 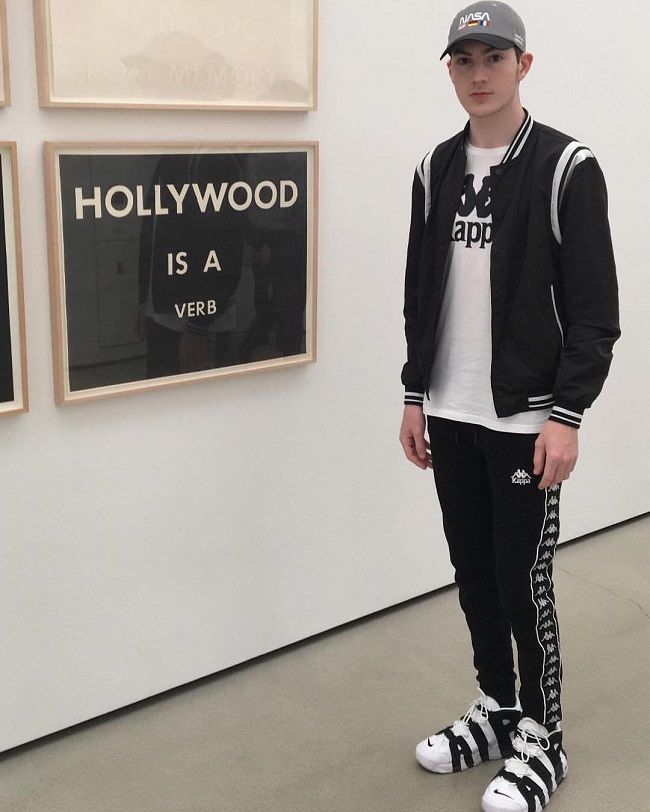 Mason Cook wanted to become an actor since he was very young which eventually landed him his debut role in the 2008 sitcom television series “According to Jim”.

In this series, his role went largely unnoticed, but he learned a lot about acting as he worked closely with popular actors and technicians.

Though he started his career in the year 2008, he gained prominence as an actor only in the year 2009. It was the time when he got to play “Corey” in “The Middle”.

Likewise, over the next four years, Cook was seen in 20 episodes of “The Middle”, which helped to increase his popularity. Moreover, in the year 2010, he was seen in another sitcom, “Raising Hope”, in which he played an 8-year-old child named Jimmy Chance.

He made his big-screen debut in the year 2011. He portrayed Cecil Wilson in the spy adventure comedy flick, “Spy Kids: All the Time in the World”.

This turned out to be one of his most prominent roles as he was nominated for the “Young Artist Award” under the “Best Performance in a Feature Film” category.

In the year 2011, he was also seen in a couple of television series, such as “Criminal Minds” and “Victorious”.

The following year, he was working on multiple projects, including Disney’s direct-to-DVD film “Treasure Buddies” and the famous television drama “Desperate Housewives”.

Moreover, the year 2012 proved a busy one for him as he was seen in many television series, including “Mockingbird Lane” and “The Cleveland Show”.

Then, in the year 2013, he got an opportunity to star alongside world-renowned actors, such as Jim Carrey, Steve Carel, and Johnny Depp. Likewise, he was first seen in a comedy film titled “The Incredible Burt Wonderstone”, which starred Jim Carrey and Steve Carel.

In this film, he played the younger version of Steve Carel’s character. Cook then went on to star alongside Johnny Depp in the critically acclaimed action movie, “The Lone Ranger”.

He then appeared in a couple of recurring roles in the year 2014. Firstly, he played Aiden Odum in seven episodes of “Legends” and then also appeared as Tyler Stansfield in “The Goldbergs”. His role in “The Goldbergs” extended for two years, starting in 2014.

He also played a couple of other important roles in several series, including “New Girl” and “R.L. Stine’s The Haunting Hour”.

In the year 2015, he was nominated for the prestigious “Daytime Emmy Award” for his outstanding work in the award-winning children’s television series, “The Haunting Hour”. He was also nominated under the “Outstanding Performer in a Children’s Series” category.

Likewise, in the same year, he even got an opportunity to play an important role in “If There Be Thorns”. It is a television film based on a best-selling novel of the same name.

Furthermore, he also lent his voice to the animated TV series “Steven Universe” and was then seen in a fantasy procedural drama TV series titled “Grimm”.

Moreover, in the year 2016, he landed one of the most prominent roles of his career, when he was chosen to play Raymond “Ray” DiMeo in the sitcom television series, “Speechless”.

Moreover, the series was created by Scott Silveri and was first aired on the ABC network on September 21, 2016. In the series, he plays a recurring role as a slender and nerdy guy named Ray.

Moreover, apart from acting he is also known for his work as an activist. Cook serves as a celebrity ambassador for a couple of nonprofit organizations, including the “Elizabeth Glaser Pediatric AIDS Foundation” and “Shane’s Inspiration”.

Likewise, on July 14, 2018, he was seen at an event organized by “The Children’s Hyundai Cancer Institute Oncology (CHOC)”.

This event was a promenade dance and was organized to honor current and former cancer patients. At the event, he was seen along with actress and singer Selena Gomez. 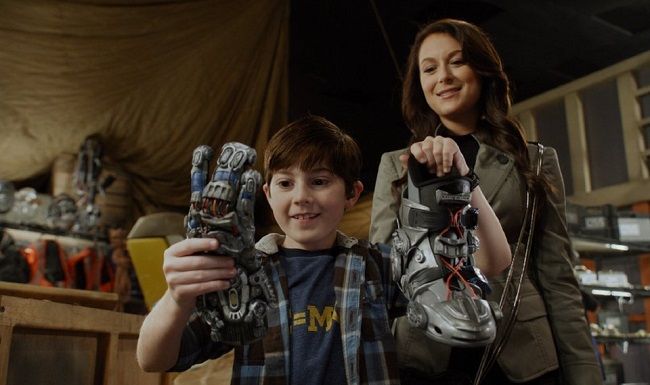