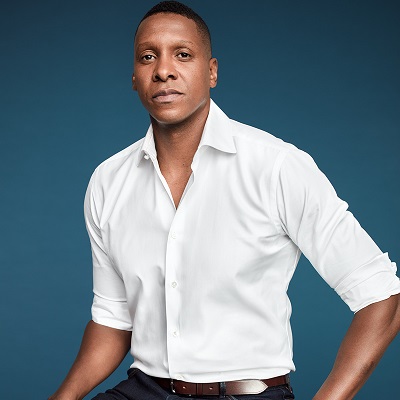 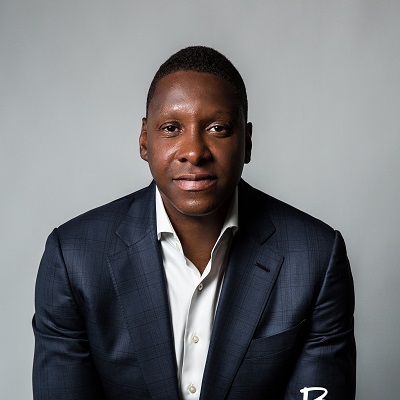 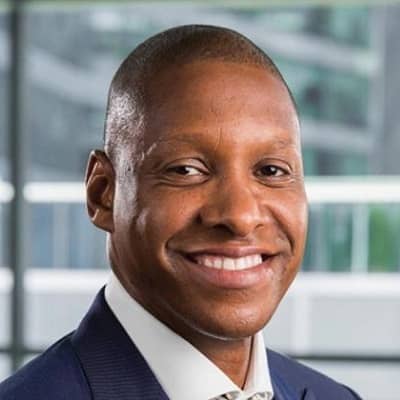 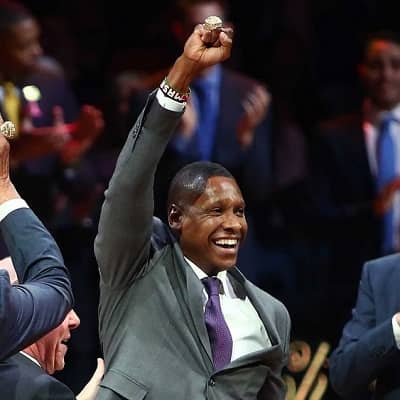 Masai Ujiri was born on 7 July 1970 and he is currently 51 years old. He hails from Bournemouth, England, and his zodiac sign is Cancer. His nationality is Nigerian-Canadian and his ethnicity is Nigerian-Kenyan. He has a valid Canadian passport and citizenship.

Masai’s family moved back to Nigeria when he was only 2 years old. Therefore, he grew up in Zaria, Nigeria. Masai’s parents are mother Paula Grace and father Michael Ujiri and they were foreign students in England. Talking more about his family, Masai’s father was a hospital administrator as well as a nursing educator. His father is an Isoko from Aviara in Delta state.

Moreover, Masai’s mother was a doctor and she is a Kenyan from Machakos County. During his younger days, Masai played association football. Later on, he stated that he had an interest in basketball. This was after the 13-year-old Masai played basketball with friends on outdoor basketball courts in northern Nigeria.

Moreover, Masai played college basketball. He then joined a team in one of Europe’s top leagues. After leaving Nigeria, Masai played for Nathan Hale High School in Seattle, WA. Back then, he stayed with a Nigerian family in Seattle.

Following an overseas stint, Masai played two years of basketball at Bismarck State College. It is a junior college located in North Dakota. Masai later attended Montana State University Billings. This was after Masai attended community college However, Masai left Montana State University Billings after attending only one semester. After leaving the aforementioned institution, Masai returned to England and began a pro career. 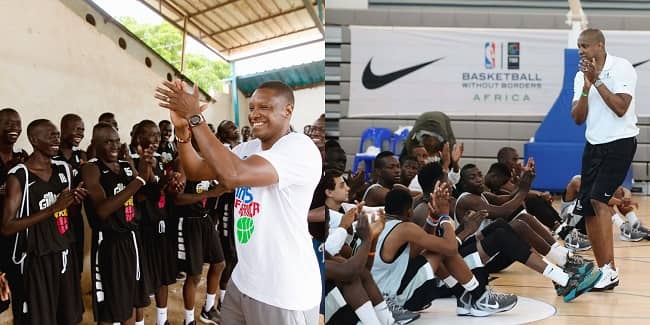 Professionally, Masai Ujiri is a famous basketball executive as well as a past player himself. He is also the founder of Giants of Africa. He founded it in the year 2003 and his goal for creating this nonprofit organization was to discover basketball talent.

Moreover, Masai was awarded his 1st ever President’s Peace Medal on November 28, 2018. This medal was presented by the YMCA of Greater Toronto during Peace Week. The other recipients of this medal were Dale Swift and Loizza Aquino. The former is a Toronto police constable and the latter is a mental health activist.

People also recognize Masai as the president of basketball operations of the Toronto Raptors. Toronto Raptors is a team that competes in the National Basketball Association (NBA). The former basketballer admires Hakeem Olajuwon. Hakeem is also an NBA star of Nigerian origin. 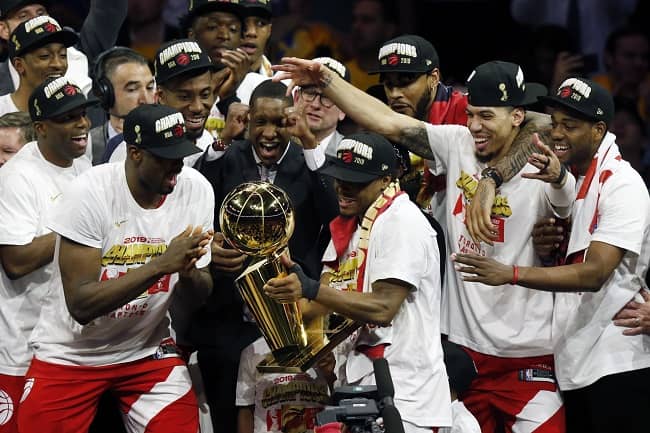 Caption: Masai Ujiri celebrating with Toronto Raptors after their win. Source: Tip of the Tower

After assuming the new role, Masai helped the team to turn its fortunes around by helping them return to the playoffs. Due to this, Masai became the NBA Executive of the Year in the year 2013.

For the following season, Masai returned to the Toronto Raptors. This time, he became the general manager of the NBA team. Masai handed over the title of general manager to Jeff Weltman. Following this, Masai became the president of basketball operations of the same team. This was back in the summer of the year 2016.

As the president of the team’s basketball operations, Masai helped the team win their 1st NBA championship in the year 2019. On 14 June 2019, a law enforcement officer shoved Masai. This happened at a basketball game and Masai believes and claims that this happened because he is black. 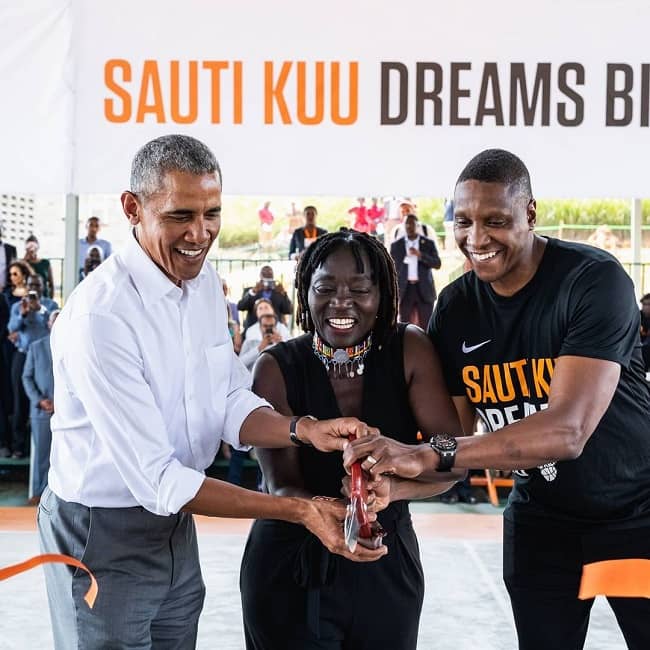 Caption: Masai Ujiri photographed with the former US President – Barack Obama while inaugurating a sports training center in Kenya alongside the Auma Obama Foundation. Source: Instagram

Masai Ujiri’s wife is Ramatu Ujiri (née Barry). The celebrity couple started dating each other in the year 2007. The couple then tied the not after a few years of dating. They share two children with each other. One of their children is daughter Zahara. They also have a son but his name is not mentioned yet. The Ujiri family currently resides in Toronto, Canada. 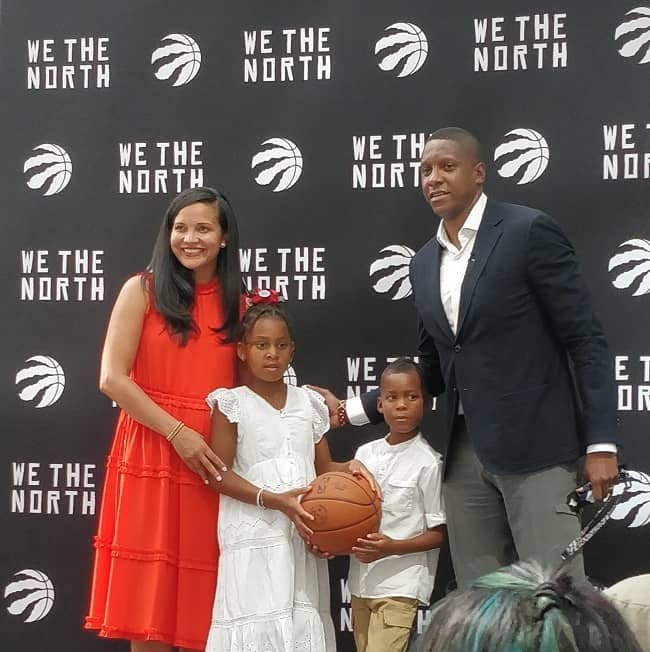 Caption: Masai Ujiri posing for a photo with his family at a public event. Source: Twitter

Masai Ujiri’s listed height is 6 feet 5 inches or 1.96 meters. Other than this, there is no verified information related to the former basketballer’s other body measurement details like his chest-waist-hip measures, biceps, dress size, shoe size, bodyweight, etc. Moreover, the Toronto Raptor’s basketball executive has dark brown eyes and hair of the same color.