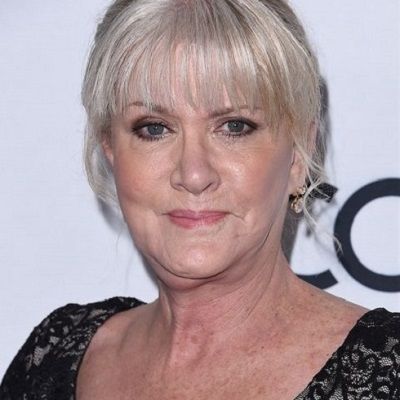 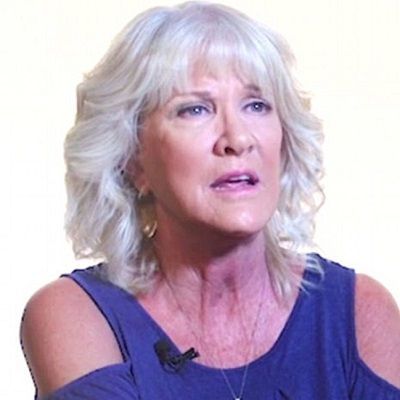 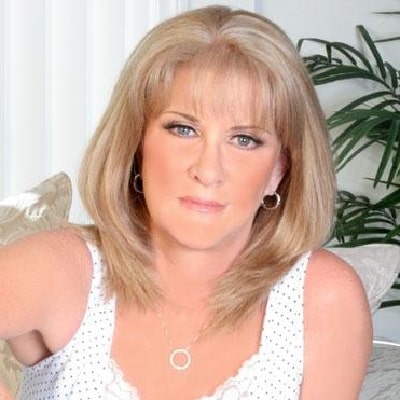 Mary Jo Buttafuoco is an American actress, author, and gunshot survivor. Mary Jo Buttafuoco came to the limelight after she was shot on her face and neck in 1992. Amy Fisher, the then 17-years-old, carried out the shooting. She had an extra-marital affair with her husband Joey Buttafuoco.

Mary Jo Buttafuoco’s birth name is Mary Jo Connery and she was born on 15 May 1955. She is originally from New York, USA. Currently, she is 67 years old and her zodiac is Taurus. There is no information regarding her childhood, family, parents, siblings, etc.

However, there is information that she attended Massapequa High School. All in all, she has not mentioned much about her early life and she is rather well-known for her life and its events after the 1992 shooting incident.

On 19 May 1992, Mary casually answered her door without knowing that this would change her life forever. She was standing on her porch when she was shot in her face by Amy Fisher, her then-husband’s 17-year-old mistress.

Fisher didn’t threaten her or reveal the gun until she shot her.

At first, she thought she was there to talk about the alleged affair between Joey, her husband, and Amy Fisher. After a brief conversation, the moment she turned back to enter her house, Fisher fired a bullet that passed through the face and neck, leaving her in a pool of blood.

Amy used the 25-caliber handgun. She shot her in her face at point-blank range. They immediately admitted her to a hospital where she slipped into a coma for three days.

The incident left one side of her face paralyzed. It was the shocking shooting that catapulted the Buttafuoco family into the media spotlight. 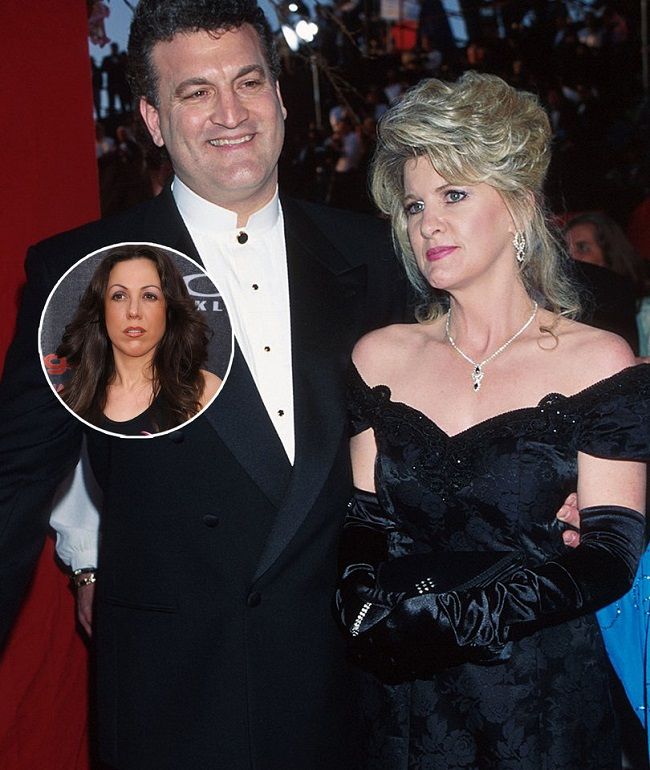 At the beginning of the investigation, Mary was with Joey. Back then, he denied all the allegations of having any relationship with Fisher. Later, he was found guilty on several grounds and he admitted his sexual relationship with Amy Fisher.

Amy Fisher was still a minor when Joey started a relationship with her. Joey was also convicted based on having persuaded Amy Fisher to commit the crime and was charged with raping a minor and planning a murder.

Joey was sentenced to four months of imprisonment for being indicted on many counts of statutory rape, sodomy, and endangering the welfare of a child. Amy Fisher was convicted of an attempt to murder and was sentenced to seven years in jail.

Since she was a minor, she was kept in the juvenile room until she turned 18. After spending seven more years in jail, Fisher was released on parole in 1999 with the condition that she would never contact the Buttafuoco family again.

Overnight, the story became international news. Throughout 1992, the stories of the affair between the then-teenager Amy Fisher and her husband Joey filled the pages of tabloids. The heinous act became the most talked-about crime that year and is yet to fade away completely.

The crime became so famous that Fisher’s story was made into three TV films. Media also nicknamed Amy Fisher ‘The Long Island Lolita’.

In the year 2007, all three members of the fatal love triangle, Mary, Joey, and Amy, came together for an interview. She even stated that she has forgiven Fisher. Sadly, Amy Fisher seemed unaffected and made filthy statements of not having any sympathy for her.

She then appeared on ‘The Oprah Winfrey Show in 2004. It was to discuss the aftermath of the incident and her facial reconstructive surgery.

She did it to spread awareness about this and a variety of other topics like mental health and addiction/recovery, she has appeared on The Oprah Winfrey Show.

Also, she has spread awareness programs on the Dr. Oz Show, ABC 20/20, The Megan Kelly Show, The View, Inside Edition, Access Hollywood, The Howard Stern Show, and countless more programs. 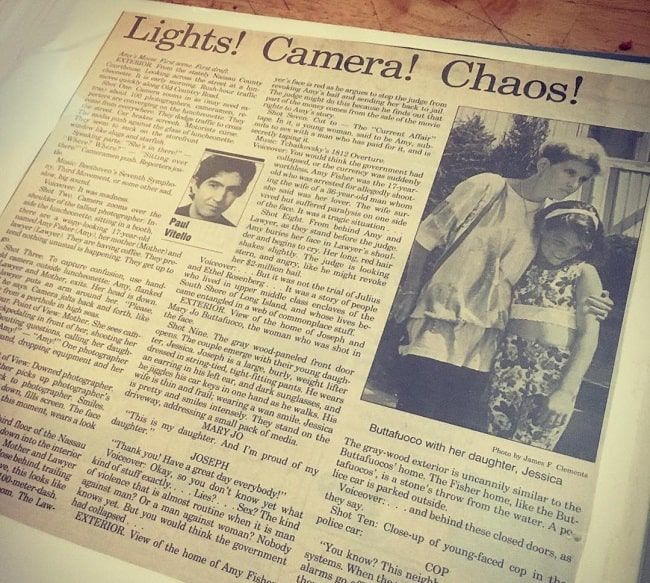 Caption: Mary Jo Buttafuoco and her daughter, Jessie, on the news article after the 1992 incident. Source: Instagram

The Journey of Survival

After the unfortunate incident, Mary had hearing impairment in one of her ears and one side of her face was paralyzed. This made it impossible for her to smile for 25 years.

Even though she miraculously survived the close-range shot, she struggled with her deformed face for years. Her initial surgeries were too dangerous. For years after the initial surgeries, she was completely on painkillers, which made her an addict.

She showed up recovering when she was moved to the Betty Ford Center, where she had most of her surgeries. After many years, she recovered partially and was relieved from pain and blood clots.

However, she was still disfigured and paralyzed. A plastic surgeon named Dr. Babak Azizzadeh saw her on the Oprah show and offered to treat her facial paralysis, but the ray of hope came with many challenges.

The main challenge for Dr. Azizzadeh was contouring while maintaining the symmetry of her face. He started with a facelift, an eyelift, and by repairing some of the nerves that had kept her from smiling.

Then, he focused on the surgery that would widen the ear canal which improved her hearing and prevented further infections. The journal, ‘Inside Edition’ documented the procedure. She also went through physical therapies to strengthen her facial muscles.

At present, Mary is enjoying her single life. She married Stu Tendle on 25 February 2012. They had their wedding at Always and Forever Chapel in Las Vegas. Stu was a shop manager in Las Vegas, Nevada.

The new-found love restored the courage to trust and to believe and with that, she once again found hope in a committed relationship with Stu after her life-changing incident. Sadly, Stu lost his life to cancer in the year 2018.

Before this, she was married to Joey Buttafuoco. They married on 4 September 1977 and their marriage lasted for over 26 years. The couple finalized their divorce on 3 February 2003 after going through heartbreaks and the shooting incident.

The then couple has two children together. They are daughter Jessica Buttafuoco and son, Paul Buttafuoco. Her daughter, Jessica, was only 9 years old at the time of her shooting incident. 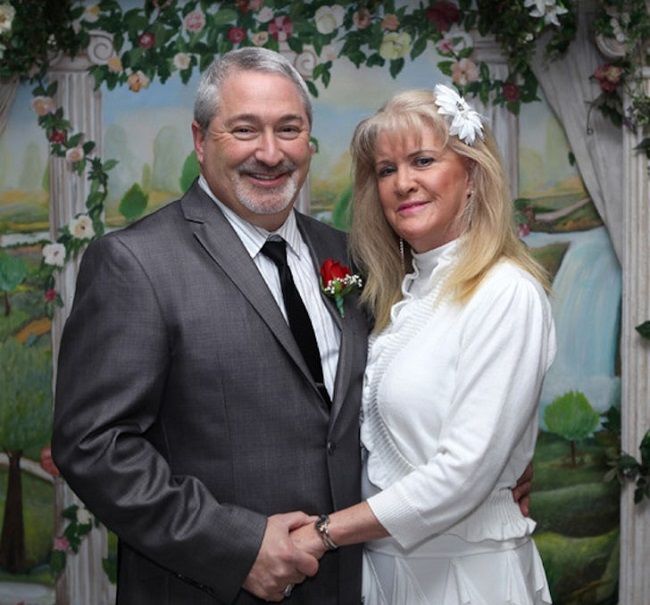 Mary Jo Buttafuoco is an American actress, author, and motivational orator. She was shot in her face by her husband’s teenage mistress and the incident turned her world upside down.

She is a former actress who has worked in the film ‘Beat Boys, Beat Girls, and in a couple of TV shows, namely ‘Howard Stern on Demand’ and ‘Mary Jo Buttafuoco Celebrity Rehab with Dr. Drew’.

Years after being shot in her face, she documented her journey of survival in her book, ‘Getting It Through My Thick Skull’. The incident made it to every other tabloid and newspaper so much so that many filmmakers took an interest in the subject.

A documentary made under the production house Tent City Entertainment narrates her life story. She has undergone numerous surgeries and her survival instinct has eventually become an inspiration to many.

She has also started to deliver motivational speeches where she shares her learning from the experience of her excruciating journey.

Mary is also an author who has penned the book, ‘Getting It Through My Thick Skull: Why I Stayed, What I Learned, and What Millions of People Involved with Sociopaths Need to Know. In the book, she penned every bit of the experiences that she had gained to date.

She even answered the much-asked question as to why she stayed back with Joey for so long even after the incident.

She co-wrote the book with Amber Frey, a writer and also a victim of a similar crime. In the book, she has also revealed many things about her ex-husband, Joey, besides the incident.

Moreover, the book uses her tragic and triumphant life lessons to help others understand sociopathic behavior and the emotional traps it springs on willing partners. It also offers hope and helps the millions of people caught in the cycle of toxic relationships

After a decade-long survival journey, she realized that people are still unaware and indifferent toward facial paralysis and people suffering from it. She used her story to educate many.

Also, she participated in a walkathon to spread awareness about facial paralysis. She also appeared in the series, ‘Scandal Made Me Famous’, which aired on the Reelz Channel.

Tent City and Fremantle Media, North America, announced that they will make a documentary and release it on the 25th anniversary of the infamous incident.

Katie Zwick and Christina Kuo brokered the deal. Sharlene Martin served as an executive producer with Ansaldi and Lisa Bourgoujian of Tent City Entertainment. Sharlene is from Martin Literary and Media Management, and she also represents her. 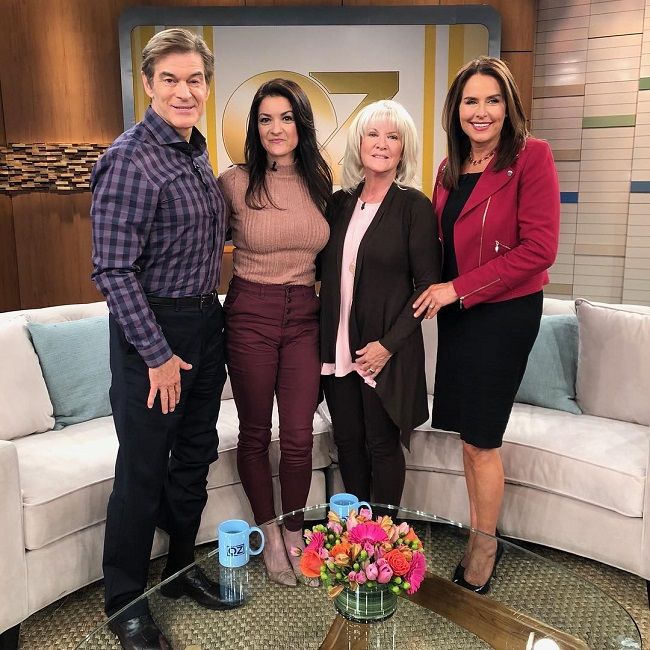 Mary Jo is not publicly available on social media platforms. She is available on Instagram under the username @aka_buttafuoco. She has kept her account private.

Also, she introduces herself through the Instagram bio as “Mom, grandma, sometimes on tv, author, survivor, blessed, grateful ?”. Further, she goes by her birth name, Mary Jo Connery, rather than the media-famous last name of her ex-husband, Buttafuoco.

After the shooting in 1992, she went through numerous facial correction surgeries that helped her regain some movements on the paralyzed side of her face after shooting.

Dr. Babak Azizzadeh performed plastic surgery on her with a facelift, and an eyelift, and repaired some of the nerves that had kept her from smiling. He then focused on the surgery to widen the ear canal which improved her hearing and prevented further infections.

She has 80 followers and 94 posts on this account. Moreover, her daughter, Jessie, occasionally shares updates about her and other family members through her Instagram handle @jessiebuttafuoco. Moving on, she has a net worth estimation of approximately $1.5 million.