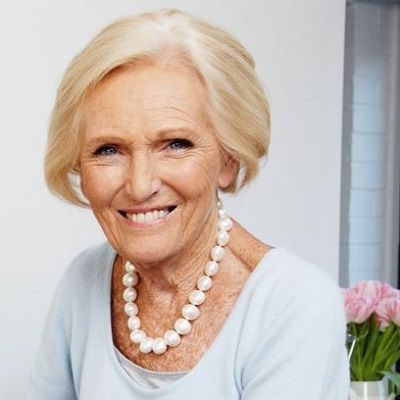 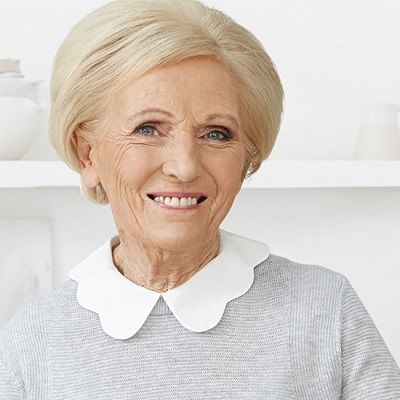 Mary Berry is a British culinary writer and a famous TV Presenter in the field of culinary arts. Mary Berry is famous for her appearances in TV shows like ‘Saturday Kitchen’ and ‘Woman’s Hour’.

Mary Rossa Alleyne Hunnings, professionally known as Mary Berry was born on 24th March 1935 and is 85 years old. Her zodiac sign is Aries. Mary was born in Bath, Somerset, England. Likewise, her nationality is British, however, her ethnicity is unknown. Mary was born to Alleyne William Steward Berry and Margaret Berry. Mary has three siblings. Furthermore, during childhood, Mary got polio at the age of 13.

Due to this unfortunate situation, Mary had a twisted spine and a weak left hand. She had to spend months in hospital due to this and went through a tough period. During childhood, Mary was not an academically sound student. She studied in The Bath High School. Later, while she was attending a domestic science class, she then began realizing her passion for cooking. Mary’s teacher Miss Date then encouraged Mary to foster her cooking ability. Mary made her first cooking treacle sponge pudding in her home science class which was liked by her parents when she took it home.

Mary then enrolled at Bath College of Domestic Science for further studies where she chooses catering and institutional management as her subject. Furthermore, Mary moved to France to learn more about Culinary Arts and studied at Le Cordon Bleu.

Mary began her career as a salesperson at Bath electricity board showroom. Here Mary conducted home visits to customer’s homes and taught them how to use their electric ovens. Mary then worked at Dutch Diary Bureau for a while. Mary there worked and also took City & Guilds courses in the evening. There too Mary persuaded her manager there to pay for her professional qualification from the French Le Cordon Blew school. Furthermore, Mary’s journey to writing began when she worked as a recipe tester for the PR firm Benson’s. Likewise, her debut book was ‘The Hamlyn All Color Cookbook’ was published on 1970. Moreover, Mary has published over 75 books of culinary as of now.

Furthermore, Mary’s career took upright when she became a food editor of the ‘Housewife’ magazine in 1966. Later she became food editor for another magazine too, for ‘Ideal Home’ magazine. Mary’s popularity gained widespread when she served as a judge in a British food show, ‘The Great British Bake Off’. This show gained massive fame and was also credited with reinvigorating the interest in baking throughout the UK. Furthermore, this show was broadcast in many other countries around the world in its localized versions. Moreover, the show gained BAFTA TV awards and the National Television Award.

Likewise, Mary also appeared in the series aired by BBC Two, ‘The Great British Food Revival. She there appeared as one of the judges from 2010 to 2016 alongside baker Paul Hollywood, who specialized in the bakery. On March 2014, Mary started her own show, ‘Mary Berry Cooks’. She then featured on another program in February 2015, which was in support of the Third World Charity Comic Relief. Furthermore, Mary has a biographical documentary named ‘The Mary Berry Story’. There was another autobiography of Mary published in 2013, ‘Recipe for Life’ by Michael Joseph. 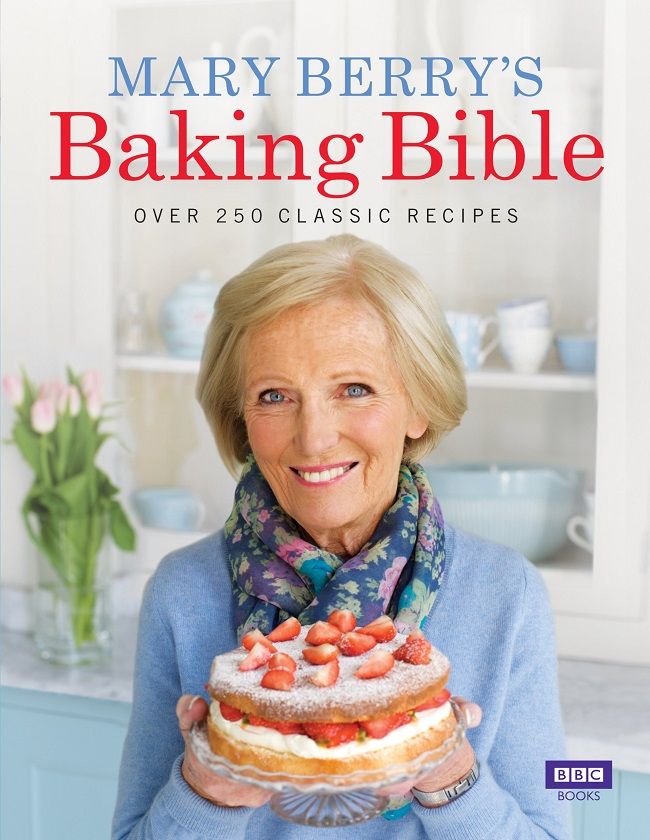 Mary’s best-selling book as of now is the ‘Baking Bible’ which was one of the ten best baking books rated by The Independent. Furthermore, in November 2016, Mary aired a family series, ‘Mary Berry every day’ where she shared her cooking tips. These cooking tips were family favorites and special occasional recipes. Mary has contributed more than half of her life in the field of culinary arts. Mary became Commander of the Order of the British Empire in the 2012 Birthday Honors. It was an honorable moment for Mary.

Furthermore, Mary received the Specsavers National Award (‘Outstanding Achievement’) award in 2014. Likewise, Berry then also received Best TV Judge at the National Television Awards for Great British Bake Off. Mary is a culinary writer and a television presenter. She has a net worth of $25 Million.

Mary married Paul John March Hunnings in 1966. Paul worked at Harvey’s of Bristol and sold antique books. The couple had two sons, Thomas and William and a daughter Annabel Mary. One of their sons died in a car accident at the age of 19.

Mary is a fair looking lady who has a blonde hair color which compliments her looks well with her blue colored eyes. She stands 165 inches. However, there is not much information regarding her body measurement.