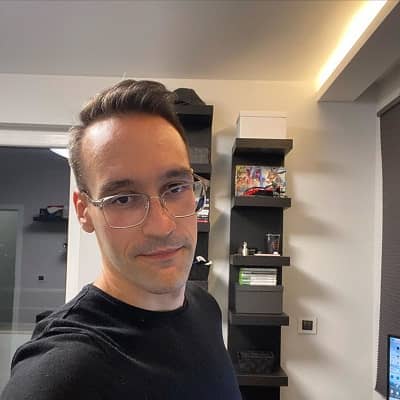 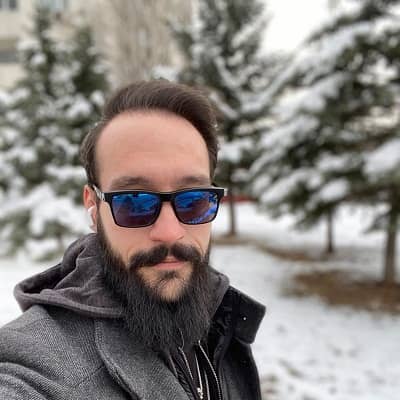 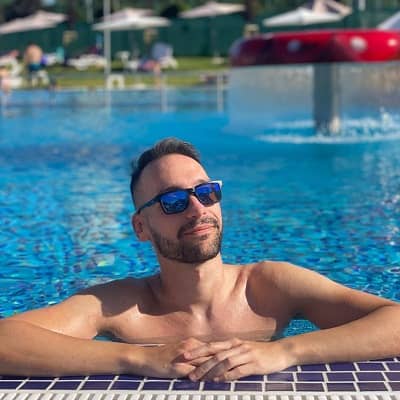 Martin Petrov is a Bulgarian-English social media personality. Martin Petrov is primarily a Youtube gamer popular for his “Bodil40” Youtube channel and his affiliation with Vision Squad.

Martin Petrov was born on September 14, 1995, and he is currently 25 years old. He hails from Vratsa, Bulgaria, but now resides in England. Talking about his family, Martin has a sister whose name is not disclosed. Other than this, there is no information about his parents and other family details.

Moreover, Martin also has yet to share information regarding his educational journey. But considering his age, we can assume that Martin might be a university student unless he decided to take a break or discontinue his studies to rather focus on his professional career. 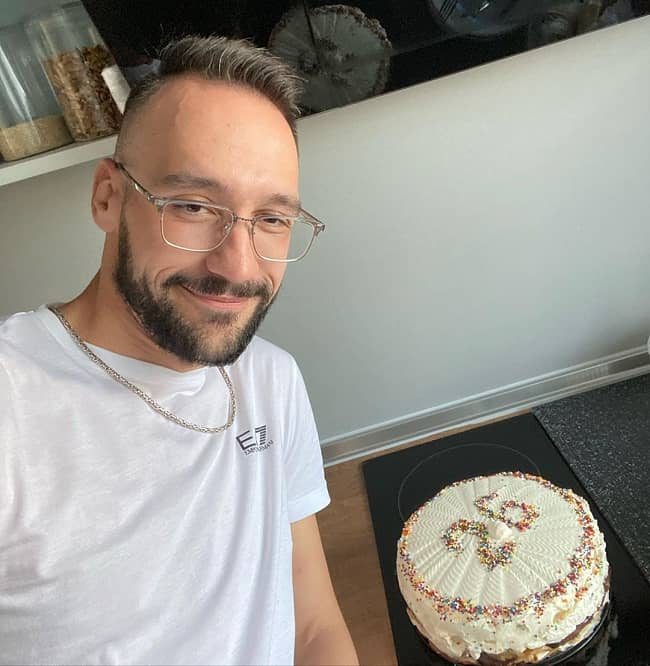 Caption: Martin Petrov posing for a photo with his 26th Birthday cake that his mother made. Source: Instagram

Professionally, Martin Petrov is a social media personality. He is primarily a Bulgarian-English gamer. He is best known for his YouTube channel “Bodil40” and he became affiliated with Vision Squad.

Martin primarily plays Minecraft but also plays other games including Call of Duty, Garry’s Mod, Walking Dead, and many more. Similarly, Martin actually won the first season of the Minecraft game show The Showdown. This show was created by ZexyZek.

Martin launched his popular gaming channel on January 26, 2008. Since then, this channel has earned over 556.5 million views and more than 2.03 million subscribers. Moreover, Martin is famous for making impressive parkour maps that Vision Squad members such as Adam Dahlberg, Ty Ellis, and Jason Probst play often.

The oldest video on this channel dates back to July 1, 2011, and has earned over 51k views. This video is titled I AM SUX Fanart [Awesome TNT Creeper]. Likewise, the most-watched video on Martin’s main channel is WORLD RECORD 1,000,000 (MILLION!) MASS TO A SPAWNER CELL IN AGARIO (ADDICTIVE GAME – AGAR.IO #40). He shared this video on 27 July 2015 and so far has over 16.6 million views. 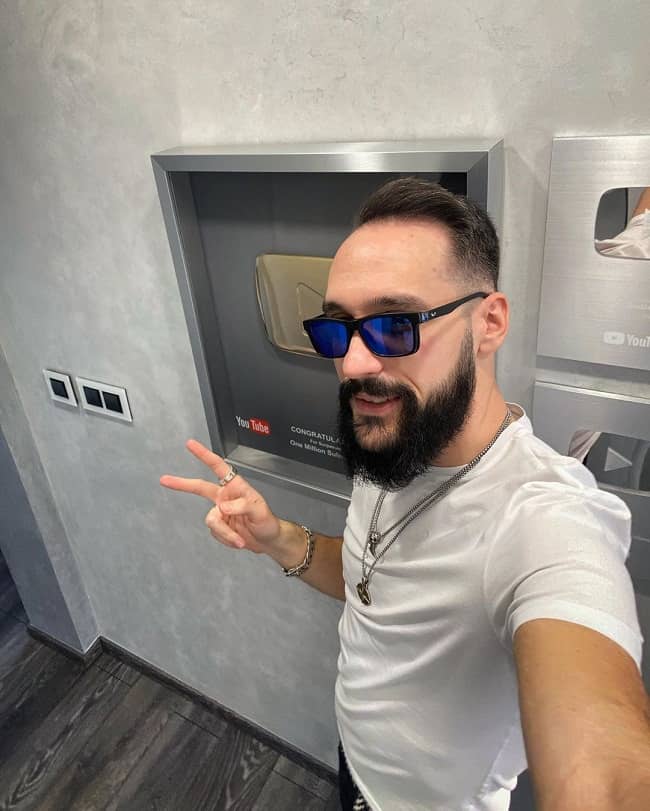 Furthermore, Martin also created a secondary Youtube channel “Bodil40 Gaming ;)” on December 6, 2013. Since then, this channel has garnered over 28 million views and 275K subscribers at the time of writing this.

The oldest video on the “Bodil40 Gaming ;)” channel is titled GMOD Deathrun Dust “THE CAR!!!” w/ Yoshi, MLGHWNT, GIzzy, and FRIENDSSSSSSSS. Martin uploaded this video on 8 December 2013 and has over 204.6k views till September 2020. Likewise, the most-watched video on this channel is titled Who let the Dolphin out??? – GMOD Funny Moments – Pedobear Escape w/ Mr360Games and friends. This particular video has over 1.5 million views since 24 May 2014.

If he is single, it is no doubt that Martin will attract many lovers in his near future through his charm, handsomeness, and talent. Moreover, Martin also has kept a clean public profile that is away from any rumors, controversies, and scandals that might hamper his professional career and personal life.

There is no information regarding Martin Petrov’s body measurement details including his height, weight, chest-waist-hip measures, biceps, dress size, shoe size, etc. Likewise, Martin has brown eyes and hair of the same color. He also usually keeps a short beard that adds to his handsomeness. 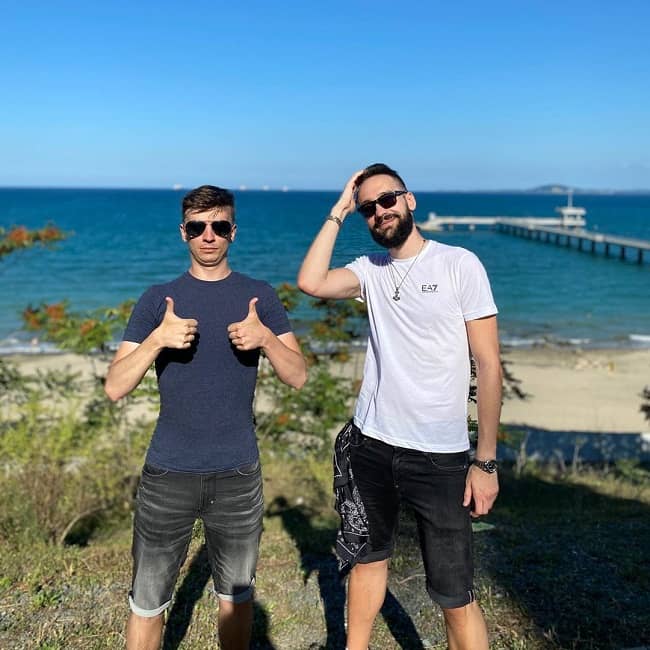 Talking about his social media presence, Martin Petrov joined Twitter in April 2011 and so far has over 297.6K followers in his @bodil40 account. Likewise, he goes by @TheRealBodil40 on Instagram. On this photo-sharing app, Martin has earned over 2.7k followers and shared 171 posts on his account.

Further, Martin also has a personal Facebook page. He created it on November 11, 2012, and since then has over 435.8k people following his journey through this page. Martin also has a Youtube channel that he created on January 26, 2008. This channel has earned more than 556.5 million views and over 2.03 million subscribers at the time of writing this biography.

He also has a secondary Youtube channel called “Bodil40 Gaming ;)”. He created this channel on December 6, 2013, and so far has over 28 million views and 275K subscribers. Moving on, Martin has a net worth of approximately $233,000 dollars. He might earn through his Youtube videos, partnerships, brand endorsements, collaborations, etc. among other income-generating activities.